Silky, salty, and a little intimidating for newbies? Oysters are a popular delicacy — but an accessible one, both in terms of relative price and availability. The Boston oyster bar scene is a great place to join the craze.

We spoke with Jon Awerman, chef-de-cuisine at Barbara Lynch’s B&G Oysters; Jeremy Sewall, chef-partner at the Island Creek Oyster Bar restaurants and Row 34 oyster bars, as well as Eastern Standard Kitchen and Les Sablons; and Michael Serpa, former head chef at Neptune Oyster and chef-partner at Select Oyster Bar. They dished on the beloved shellfish, covering topics from “merroir” to accompaniments to varieties in the area that should catch your eye on raw bar menus.

How do you recognize a good, fresh oyster?

A fresh oyster will be heavy, with plump meat filling the shell and a substantial amount of liquid around to accompany it.

“If it looks fresh and bright and full and lots of liquid in there, that’s a fresh oyster,” Sewall said. “If it’s dry and the meat’s shrunken, it’s probably been sitting around a little bit.”

The smell should be light and salty, like a sea breeze.

How should you choose a restaurant for your oyster experience? 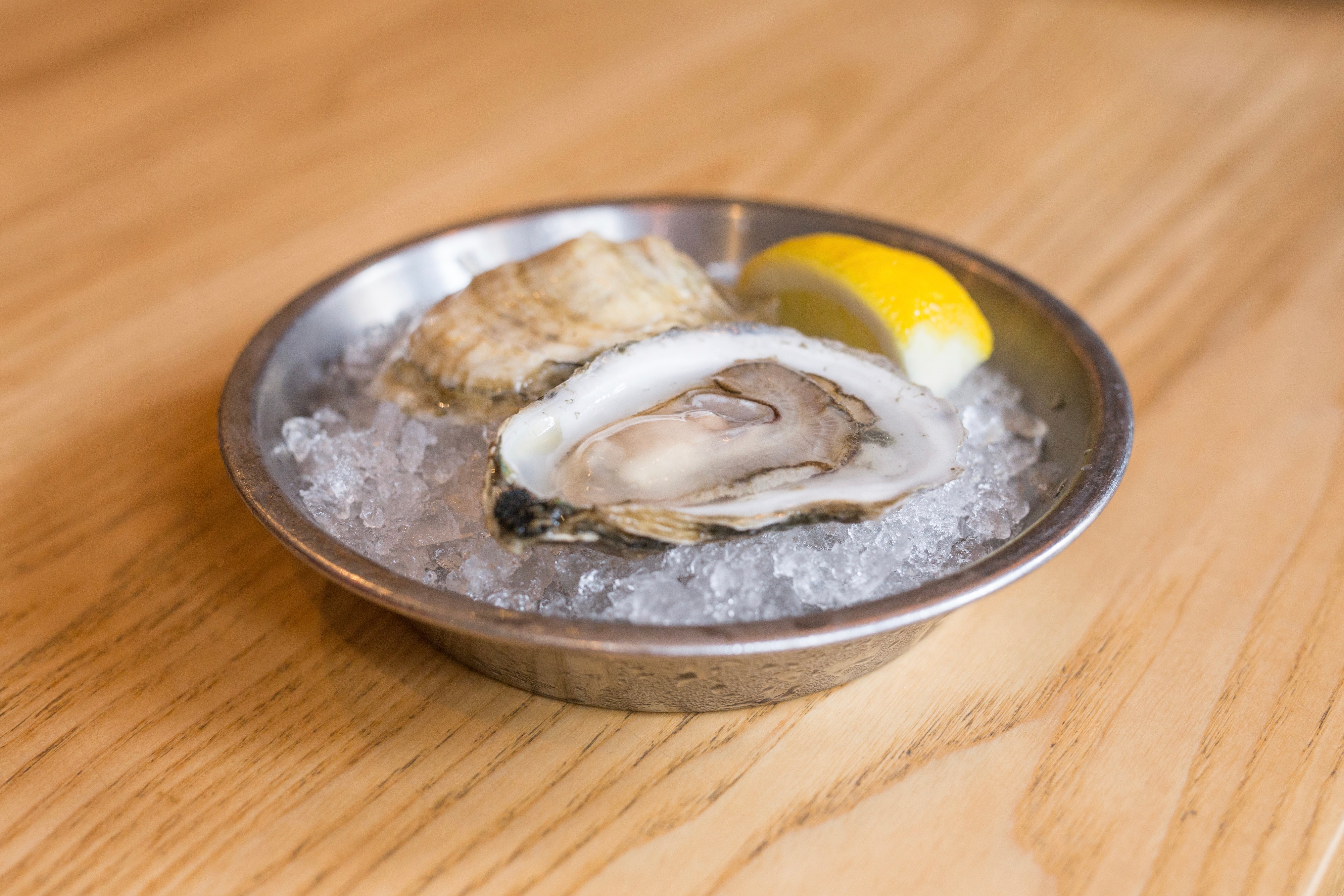 Starting with the obvious: if you want a top-notch experience, go for a place that specializes in the little sea creatures, as opposed to a restaurant that happens to have oysters on the menu.

Look for high turnover as a good indicator that the product is fresh. A week out of the water is about the cutoff for oysters, but good oyster bars rarely keep product that long because it sells so fast.

“They’re not getting better with age,” Sewall said. “The sooner you eat them out of the water, the better.”

A chilly temperature before and after shucking is critical to freshness as well as safety. That bed of ice on which your oysters are served is not aesthetic. It should be fresh, not halfway melted. Serpa said he avoids raw bars with oysters piled in a photogenic heap, because the oysters at the top of the pile aren’t touching the ice.

“Any raw shellfish, you want to maintain it around 35 degrees, if not cooler,” Serpa sad. “But you don’t want it to be freezing, because then it dies.”

What questions should you ask?

Any questions you have. The point of origin, taste, and how long since the oysters came out of the water are good places to start. At any oyster bar worth its saltwater (*rim shot*), the waitstaff or shuckers will be able to curate your oyster experience.

“Our servers are incredibly knowledgeable and incredibly talented,” Awerman said. “They treat oysters basically like wine. They have notebooks full of tasting notes. Whenever we get a new [variety], they’ll get curious and we’ll open them up.”

How are oysters grown?

Though oysters do grow wild, most oysters you’ll find on menus nowadays are farmed in bags or cages. Almost all oysters on the East Coast are of the Crassostrea virginica species — known simply as Virginicas, as well as Eastern or Atlantic oysters — but taste differently due to location and harvesting techniques.

As a result, oysters have merroir, an oyster’s characteristic flavor imparted by farming techniques and the ocean’s particularities, like wine has terroir; even small environmental factors affect the crop’s taste.

The creatures are fantastic for the environment; as filter feeders, they suck in water to eat algae, thereby cleaning the water. They live about three years before they end up on your plate — and if all the players in the chain have done their jobs, the oyster will be alive right up until the moment it’s shucked … and even a little longer after that.

How do you eat an oyster? 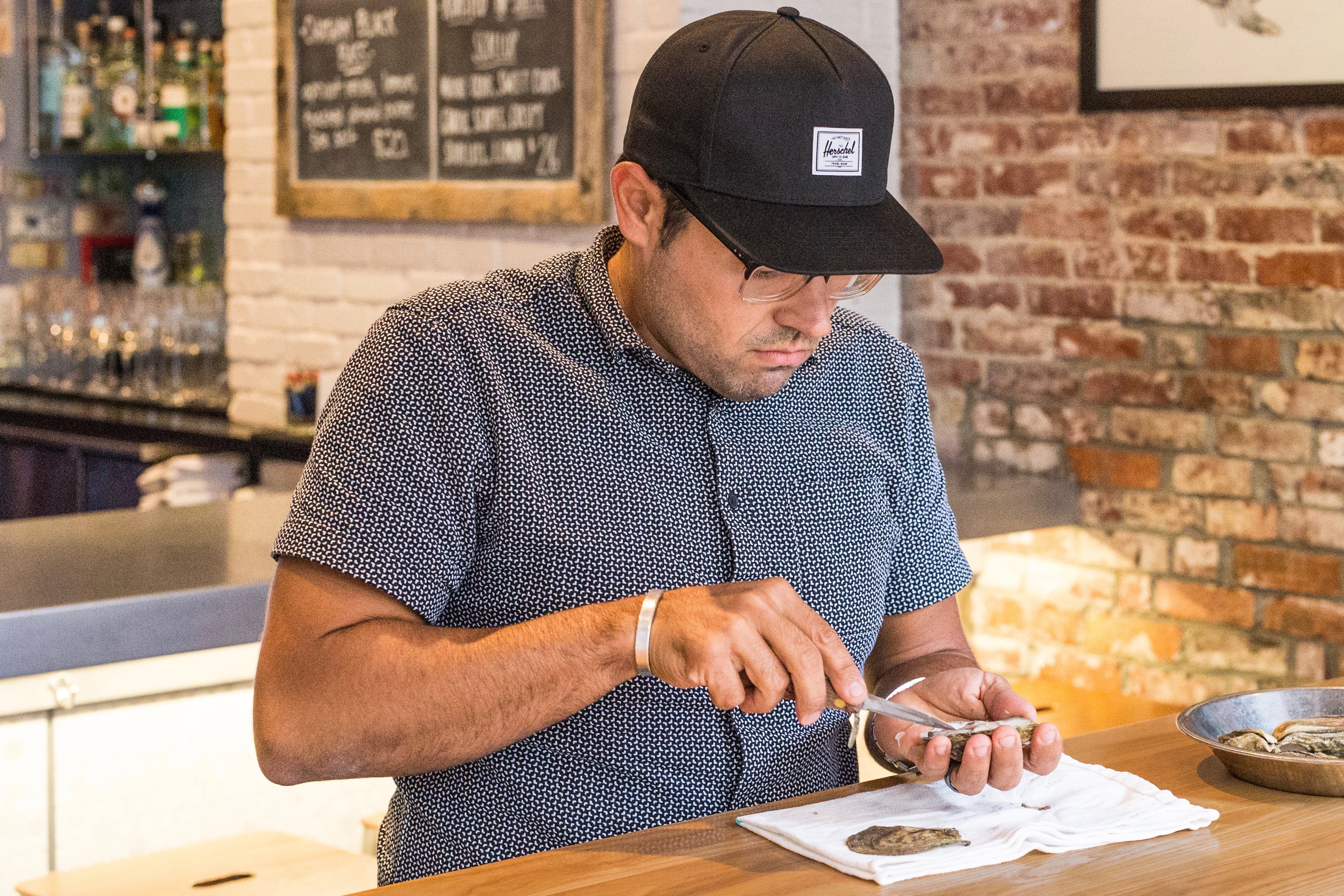 Michael Serpa of Select Oyster Bar demonstrated how to shuck an oyster.

You sluuurp. You don’t really need that little fork; in New England restaurants, the shucker will separate the muscle that attaches the oyster to its shell.  (If you want to learn how to shuck them for yourself, B&G has started offering shucking classes at $120 per couple — a huge hit so far, according to Awerman.)

Afterward, set the oyster shell back down on the ice with the exterior side facing up to show that you’re done.

Should you really avoid oysters in the summer months?

There’s an old adage that oysters taste worse in the summer because they spawn in the warmer water. (“Avoid months without the letter ‘R,’” i.e., May, June, July, and August.) Rowan Jacobsen, who literally wrote the books on oysters, told America’s Test Kitchen that’s not so much of an issue now because oysters are specifically farmed nowadays to dodge this problem. Slurp on.

What varieties are you likely to find on an oyster menu in Boston — and what are some chef favorites? Island Creek Oysters (the two to the left of the lemon wedges), farmed in Duxbury, are regularly showcased at some of the best restaurants in the country.

Island Creek Oysters are a mainstay on Boston menus and star on the not-so-Boston menus, too, including those of The French Laundry, Per Se, Next, and the White House, to drop a few names. Diners inhale the oysters; chefs sing praises of the product and farmers alike.

“This time of year, [Island Creek oysters] have a great kind of salty sweetness to them,” said Sewall, who liked the Duxbury-based operation enough to partner with the team for two Island Creek Oyster Bar locations. “It’s almost like a really pleasant wave in the face, like a mouthful of ocean water when you’re swimming.”

Serpa agreed, noting that Island Creek did a great job marketing a great product. Diners blind-order the “super classic” oyster variety, he said, because they know it.

“It’s something you can count on,” Sewall said. “If you order them in New York or Chicago or Boston, they always taste the same.”

The operation, headed by Skip Bennett, has 10 farms in Duxbury — an ideal environment for oyster farming, Sewall said.

“There’s a huge tide there,” he said. “The bay is constantly being flushed with new seawater twice a day, leaving the bay and coming back in. The temperature of the water stays relatively cold compared to some other parts of Massachusetts.”

Awerman had seen “a million guys walk through the back door with a bag full of oysters” when Jeremy Scheffer showed up with his Martha’s Vineyard Spearpoints a year and a half ago. At first taste, Awerman said, B&G was on board.

“For me, the Martha’s Vineyard Spearpoint is the personification of what a good East Coast oyster should taste like,” Awerman said. “It’s large. It tastes like a mouthful of delicious seawater. It’s very toothsome but balanced.”

Serpa is partial to a handful of varieties from Maine, including the Pemaquids and Glidden Point varieties. They’re typically a touch larger than the Cape Cod varieties, but with a little more salt and a little less seaweed and brine  — “not super seaweed-y, briny … super tame and ocean-y,” he said.

Bostonians are less likely to see the West Coast kumamatos— a different species from the Virginicas — on local menus due to the hassle of delivering a fresh product while shipping it across the country, according to Serpa. The kumamato oyster is smaller, he said, with more notes of cucumber and melon and a little less “in-your-face” saltiness than the New England varieties.

What are common oyster accompaniments — and do you need them at all? 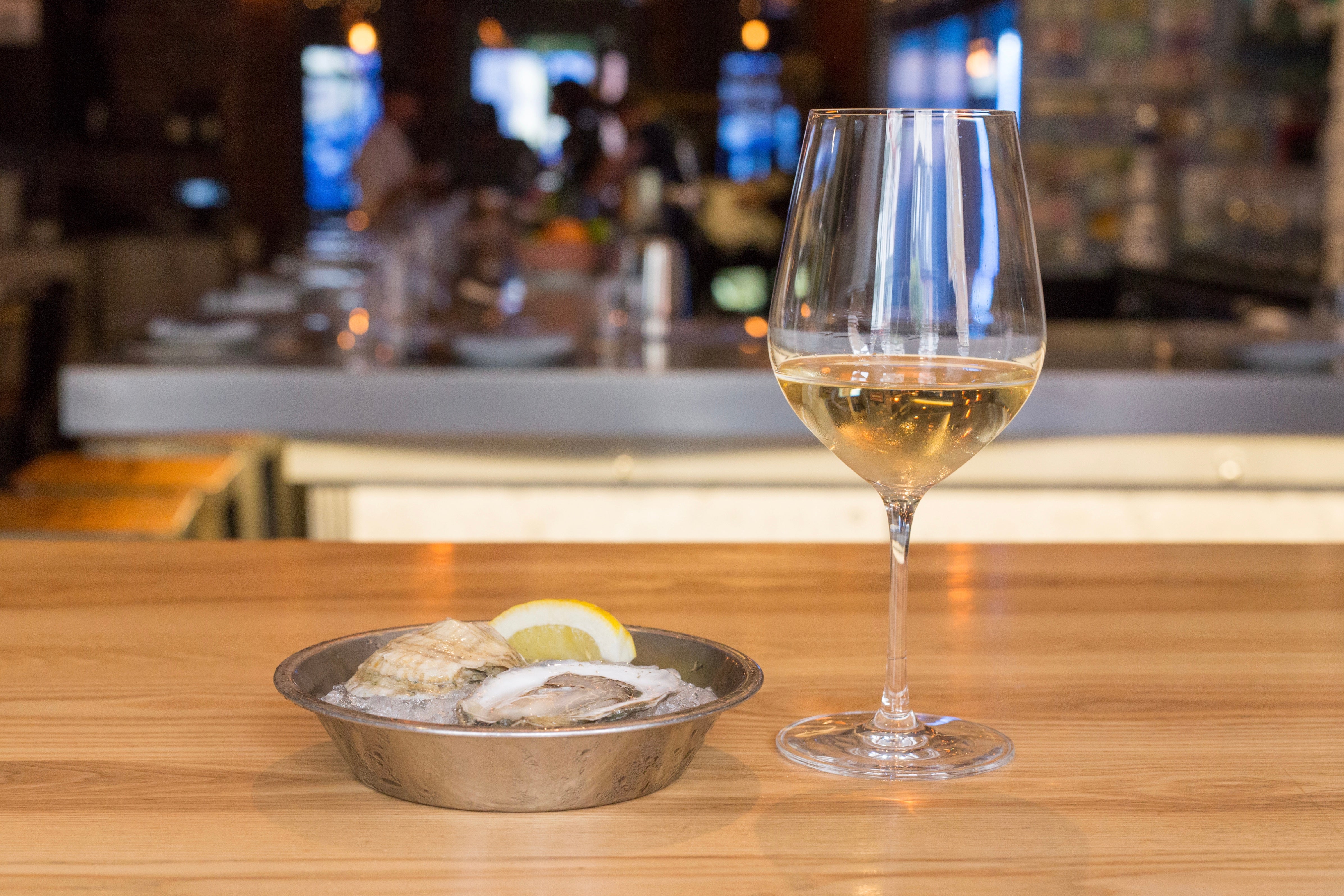 Muscadet, a white wine from the Loire Valley in France, is the classic pairing for oysters.

The chefs are in agreement: A naked oyster is best. Maybe use a squeeze of lemon if you’re feeling decorative, but if you’re seeking out the most authentic oyster experience, don’t get too fancy.

“If you put s*** on it, it doesn’t matter what the oyster tastes like,” Serpa said.

That being said, Awerman noted that traditional oyster accouterments are driven by acid to counterbalance the salinity in an oyster if the diner finds it overpoweringly salty. Mignonette sauce is made with vinegar, pepper, and minced shallots. Cocktail sauce is ketchup-based with horseradish, Worcestershire sauce, and lemon juice. On the spicier side, straight-up horseradish sauce and hot sauce (often Tabasco) make appearances on some menus.

I’m hungry. What are some popular oyster bars in the area?

Here are a handful of acclaimed oyster spots in Boston proper to get you started.