With the changing of the seasons comes a changing of the cuisines. Kitchens move from the hearty, warming dishes of winter to the lighter, floral plates of spring, and diners slowly say our goodbyes to winter, welcoming a wave of new restaurants, plus some that opened while we were huddled under blankets at home.

To find out where you should be eating right now, we turned to a group of local chefs to get their takes on the new restaurants they’re most excited about.

“Beyond looking forward to Bar Lyon opening,” Sidell said in an email. “I am having a moment with French food. I was in Paris back in November, and ate in a lot of local bistros. The food was unpretentious, beautifully seasoned, and beyond delicious.”

Sidell also said she is a fan of Columbus Hospitality Group, which already has eight restaurants up and running in Boston.

“They run a class A operation across the board, delivering consistently great food and service over many concepts and many years,” Sidell said.

The Broken Spanish cocktail at Blossom Bar in Brookline.

“Ran Duan is a true cocktail master,” Husbands said in an email. “I love everything he does.”

Along with Blossom Bar, which opened in January, Duan is also behind Baldwin and Sons Trading Co., the intimate, 45-seat cocktail bar in Woburn is located upstairs from Sichuan Garden II, a Chinese restaurant owned by Duan’s parents. Duan also runs Baldwin Bar, another cocktail spot located on the first floor of the same old colonial mansion that holds Sichuan Garden II and Baldwin and Sons.

The second location of Chris Coombs’s acclaimed steakhouse is set to open in late March, according to The Boston Globe. The Globe also notes that along with the standard steaks you’d expect at Boston Chops, the new location will have oddities like oxtail croquettes and a baked potato loaded with poutine, as well as an “Instagram table” with special lighting for foodies and photographers that cost $10,000 to build.

Special table or no, Joshua Smith of Moody’s Deli said in an email that Coombs “does amazing things with meat,” while Husbands said that the he loves the space at 52 Temple Place, the historic Old Colony Trust Bank building that will house the new Boston Chops, and “can’t wait to see what they’ve done with it.”

“Dave Punch is a really talented guy,” Sewall said. “I’ve been there a couple times, and it’s really fantastic. They had an octopus dish that was amazing, and the pizza shop Greek Salad, which was phenomenal.”

“I drive past it every day, since it’s right down the street from my restaurant,” Winter said in an email. “They do real southern food, which is hard to come by in the city. Now all I can think about is fried chicken and whiskey!”

Zoltan Kosa, the chef de cuisine at ReelHouse in East Boston, said that he’s looking forward to Tusk (which stands for Trust Us Kitchen), a small plates and family-style restaurant set to open in Medford this summer.

“One that I’m super excited to see is Tusk, from one of my favorite chefs, Jay Murray,” Kosa said in an email. “I’ve followed him for years at Grill 23. He always did amazing things with the food there, and I’m excited to see what he can bring to Medford.” 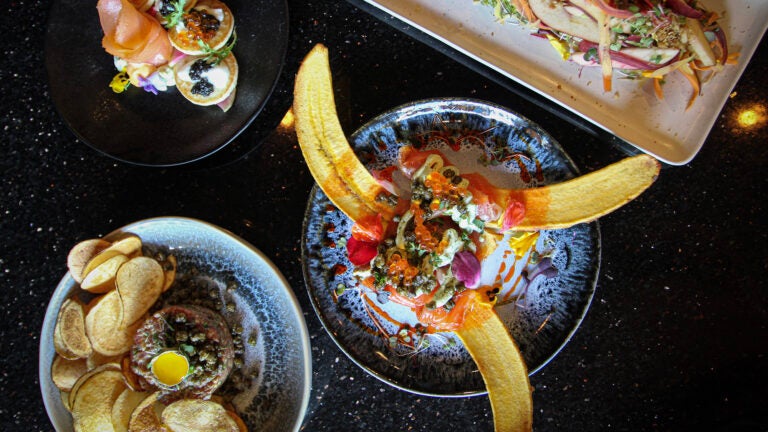 Here's what we know about East Boston's new speakeasy