As far as quintessential Boston experiences go, biting into a lobster roll ranks up there with watching the Pops on the Fourth of July. We may never reach a consensus on what constitutes the perfect roll — lettuce or no lettuce remains a hot-button issue, let alone cold-mayo versus hot with butter — but those debates are a testament to the special place lobster rolls hold in our hearts. From the oldest of the old guard to the young guns pushing the envelope, here are 18 worthy venues for getting your lobster roll fix.

2. Atlantic Fish Company
To its many fans, this clubby Back Bay standard is old-Boston incarnate: wood-paneled walls, paintings of sailboats, and a lobster-happy seafood menu. Its take on the Maine lobster roll is conservatively dressed with mayo and accompanied by a paper bag overflowing with hand-cut fries. (761 Boylston St., Boston) 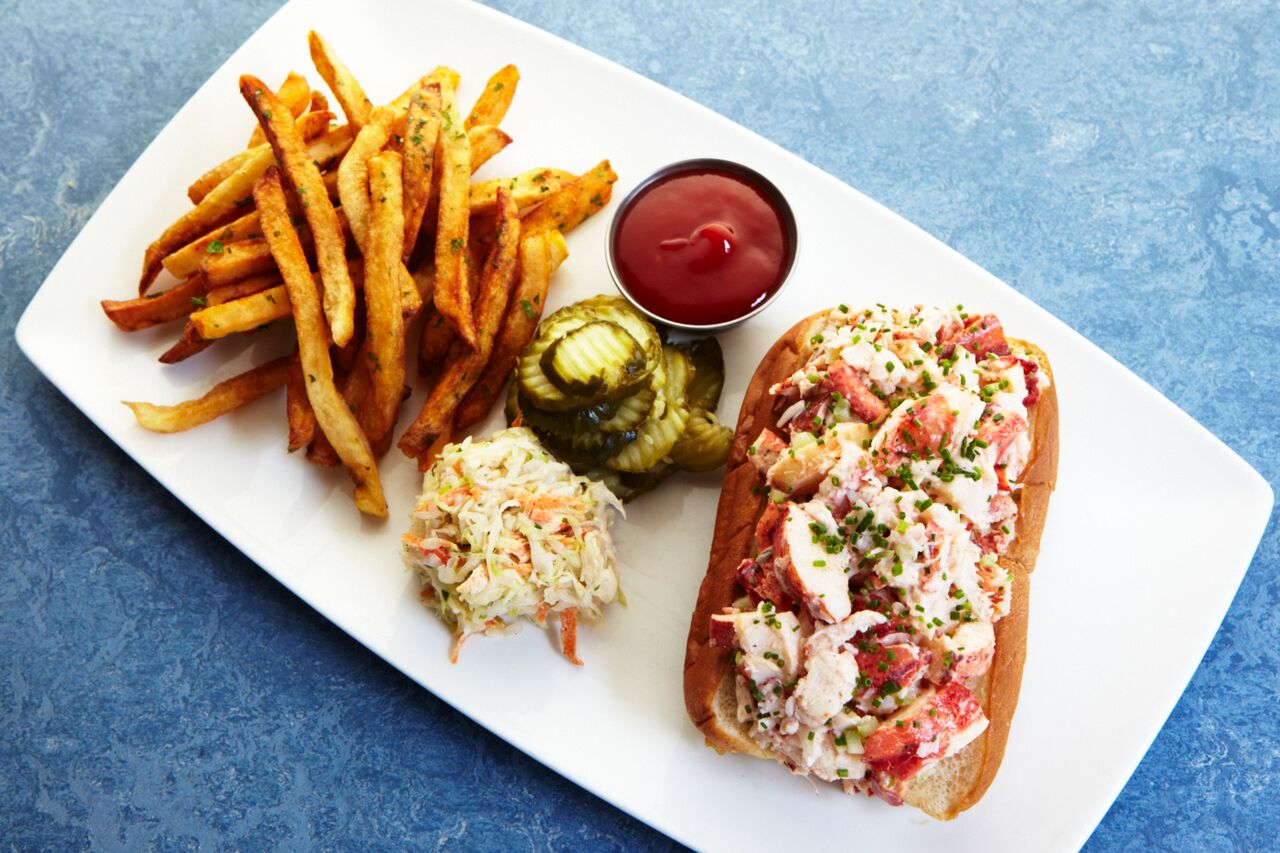 3. B&G Oysters
This Barbara Lynch ode to New England seafood keeps things classic — to a point. The B&G Maine lobster roll starts with a toasted bun and mayo, and ends with a dusting of minced chives. (550 Tremont St., Boston)

4. The Barking Crab
The outsized, year-round seafood shack that is The Barking Crab has occupied prime harbor real estate since 1994 and offers three takes on the lobster roll. The “traditional” roll comes with a classic mayo, celery, and lemon preparation, and the “naked” lobster roll is nothing but lobster meat and drawn butter. A changing seasonal lobster roll provides diners with a wildcard option. (88 Sleeper St., Boston)

5. Cusser’s Roast Beef & Seafood
This lunch-only takeout window attached to Mooncusser Fish House pays tribute to the eclectic roast beef and seafood shacks that dot the North Shore. In keeping with that spirit, hot and cold lobster rolls are offered — although neither can be called “traditional.” The hot roll features a red wine-butter sauce, the cold is made with tarragon mayo, and both are served on house-made potato rolls. (304 Stuart St., Boston) 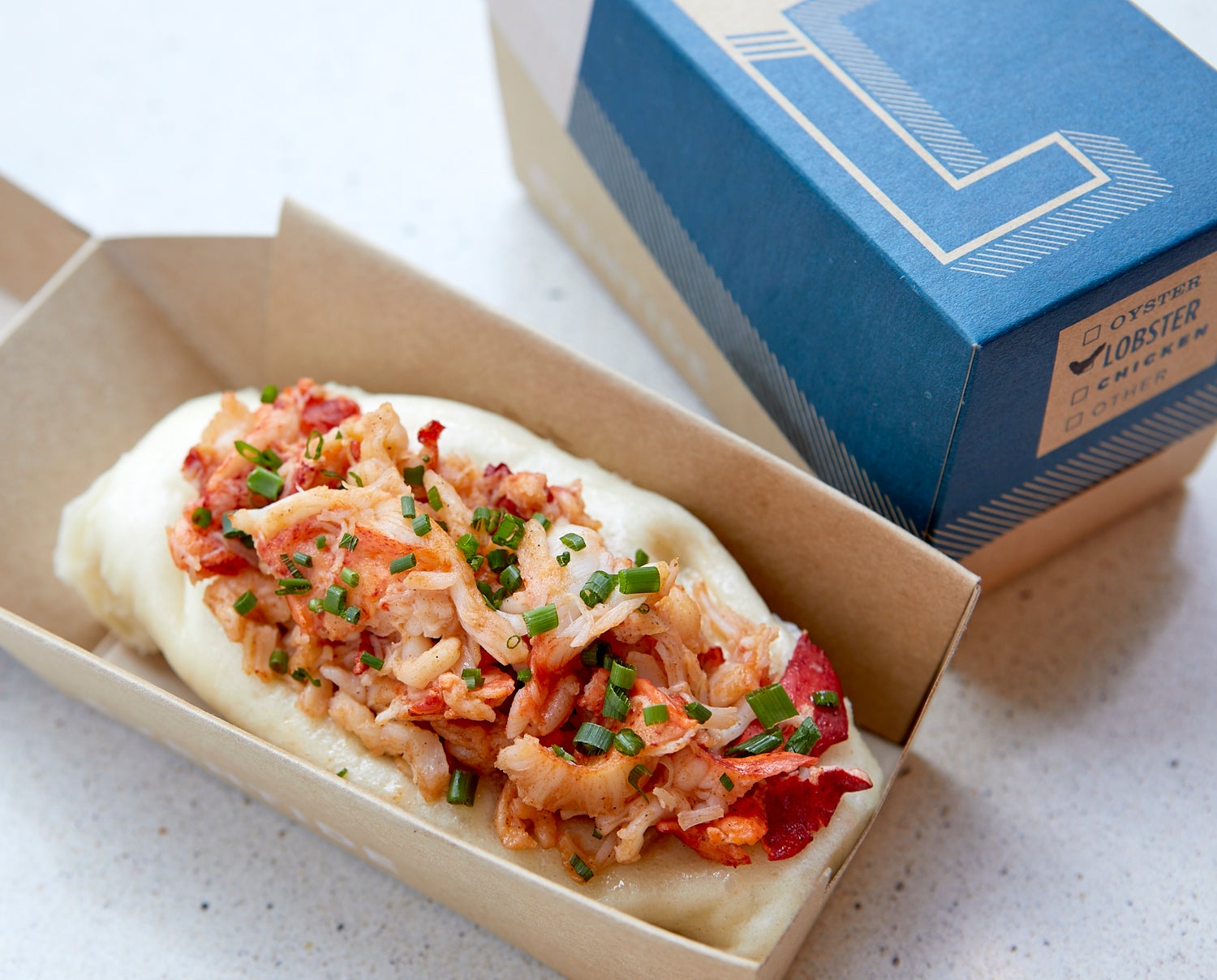 6. Eventide Fenway
The fast-casual cousin of Portland’s Eventide Oyster Co. brought what many consider to be Maine’s finest (if untraditional) lobster roll to Boston. In the Fenway, diners will find the same brown butter, bao-bun roll from the original location, but in a more generous size. (1321 Boylston St., Boston)

7. Island Creek Oyster Bar
By all means, order a plate of the namesake bivalves at ICOB, but don’t miss out on its Maine lobster roll either. Its version is dubbed “Ethel’s,” in tribute to Chef Jeremy Sewall’s grandmother, and comes served on a rosemary roll with coleslaw and kettle chips on the side. (500 Commonwealth Ave., Boston)

9. Legal Harborside
A proper listing of Boston lobster rolls wouldn’t be complete without a nod to Legal Sea Foods, and there’s no better place to enjoy its iterations than at the three-story location on Boston Harbor. The first and third floors dish out a classic lobster roll, while the second-story menu features a lobster roll duo that places chilled and warm-buttered versions on brioche. The second floor is also where you’ll find the “Colossal Lobster Roll.” This intimidating creation on house-made brioche stars the meat of a 2.5-pound lobster, dressed with tarragon creme fraiche and topped with summer truffle shavings, and is limited to just a few orders each night. (270 Northern Ave., Boston) Chef Kenny Dupree builds a 5-foot “Monstah” roll at Lobstah on a Roll.

10. Lobstah on a Roll
Size takes center stage at the South End’s Lobstah on a Roll, which offers the iconic sandwich in lengths that range from six inches to five feet. Each can be ordered cold with mayo, Connecticut-style with hot butter, or entirely undressed. (537 Columbus Ave., Boston)

11. Neptune Oyster
Neptune’s oversized lobster roll, served hot or cold on a hefty brioche bun alongside a mountain of french fries, has become one of the North End’s top food draws. Arrive early, add your name to the list, and prepare to wait for your chance to score. (63 Salem St. #1, Boston) 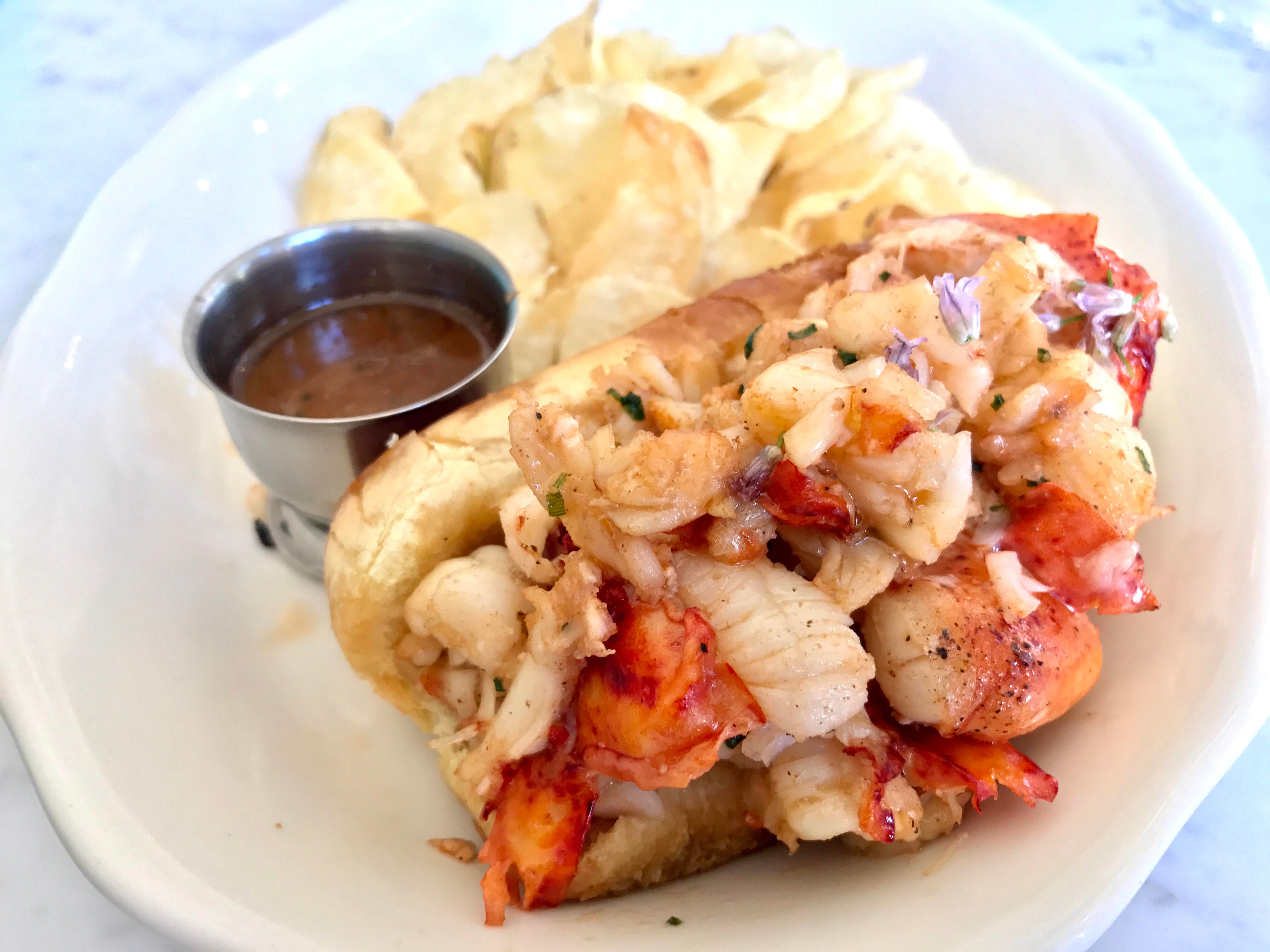 12. North Square Oyster
Neighboring North Square Oyster may be in Neptune’s shadow, but its warm-buttered and cold-mayo lobster rolls should not be missed. The restaurant’s interior, filled with old paintings and antiqued finishes to imitate the oyster houses of old, add considerable charm to the proceedings. (5 N. Square, Boston)

13. Pauli’s
Pauli’s is a North End sub shop first and foremost, but its lobster roll has made headlines due to the near-absurd size of its “Lobstitution,” which packs 25 ounces of lightly dressed lobster meat onto a buttered 2-foot roll. More reasonably, a 14-ounce lobster sub and 7-ounce lobster roll are also available. (65 Salem St., Boston)

14. Row 34
ICOB sister restaurant Row 34 has its own version of Ethel’s lobster roll (no rosemary bun this time), plus a warm-buttered preparation. A top-notch beer program is on hand to provide the perfect pairing, whether you prefer an international or local brew. (383 Congress St., Boston)

15. Saltie Girl
Saltie Girl has earned the most attention for its early embrace of tinned seafood, but the tiny Back Bay restaurant also has a lobster roll. Its Gloucester lobster roll, served hot or cold, piles meat into a split-top, griddled bun. (281 Dartmouth St., Boston) 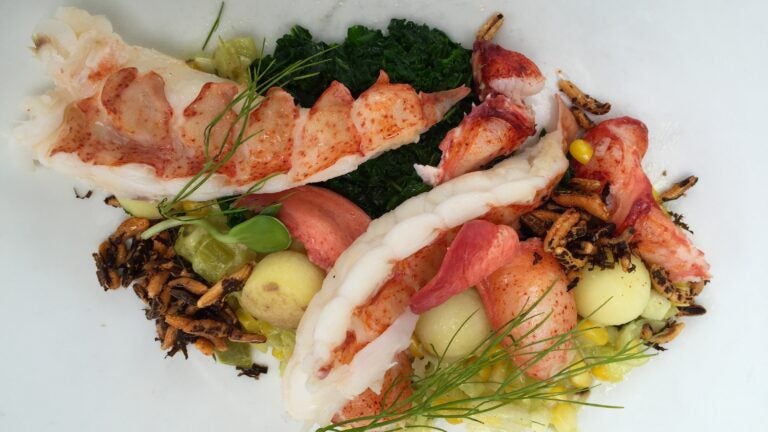