Liz Weiss believes that you’re not too slammed to cook healthy meals.

“Everybody, no matter how busy they are, can eat a healthy diet,” said Weiss, a registered dietitian nutritionist, cookbook author, and host of the podcast Liz’s Healthy Table. “It takes some planning and some creativity, but it’s so doable.”

Weiss offered these six tips for hustling people looking to put healthy meals on the table each week.

Whether you use pen and paper or an app on your phone (Weiss likes prepear.com), the first step to eating healthy meals is taking some time to plot them out for the week, Weiss said.

“When you’re trying to plan out healthy meals, sometimes it feels very overwhelming,” she said. “Google healthy recipes online, and you’re going to get millions. Where do you begin? I recommend people break it down into theme nights.”

Enough taco ideas are flying around the Internet for you to have a Taco Tuesday every week of the year, said Weiss, who offers a recipe for scrambled egg tacos with cilantro lime pumpkin seed drizzle on her website. Other possible theme nights include pizza, pasta, breakfast for dinner, seafood, and Buddha bowls (comprised of a grain; a protein source like hard-boiled eggs, canned tuna, grilled chicken, beans, shrimp, or tofu; and a vegetable, per Weiss).

“By meal planning and having that organized list, you save time because you don’t have to go back to the store again,” Weiss said.

Don’t forget to take stock of what’s already in your refrigerator and pantry to help reduce food waste and save money. It’s a good idea to have a well-stocked pantry full of healthy items at all times, Weiss said. (More on that below.)

If you consider yourself too busy to go grocery shopping, Weiss recommended a service like InstaCart, which will deliver the items straight to your door.

3. Read while you shop

Looking at products’ labels goes a long way toward eating healthier meals, Weiss said. Your goal is to pick the items with the simplest ingredient lists.

For example, avoid frozen vegetables that are prepared with sauces and other ingredients, Weiss said. The vegetables should have one ingredient: the vegetable itself.

Weiss also said you should pay attention to healthy meal busters such as sodium, saturated fats, and sugar. You can do this by comparison shopping, she said. For example, don’t just grab any jar of salsa. Salsa can be salty, so choose the brand with the least amount of sodium listed, Weiss said.

“When you are buying convenience foods at the market, the simpler the better,” Weiss said. “The fewer the ingredients, the better.” 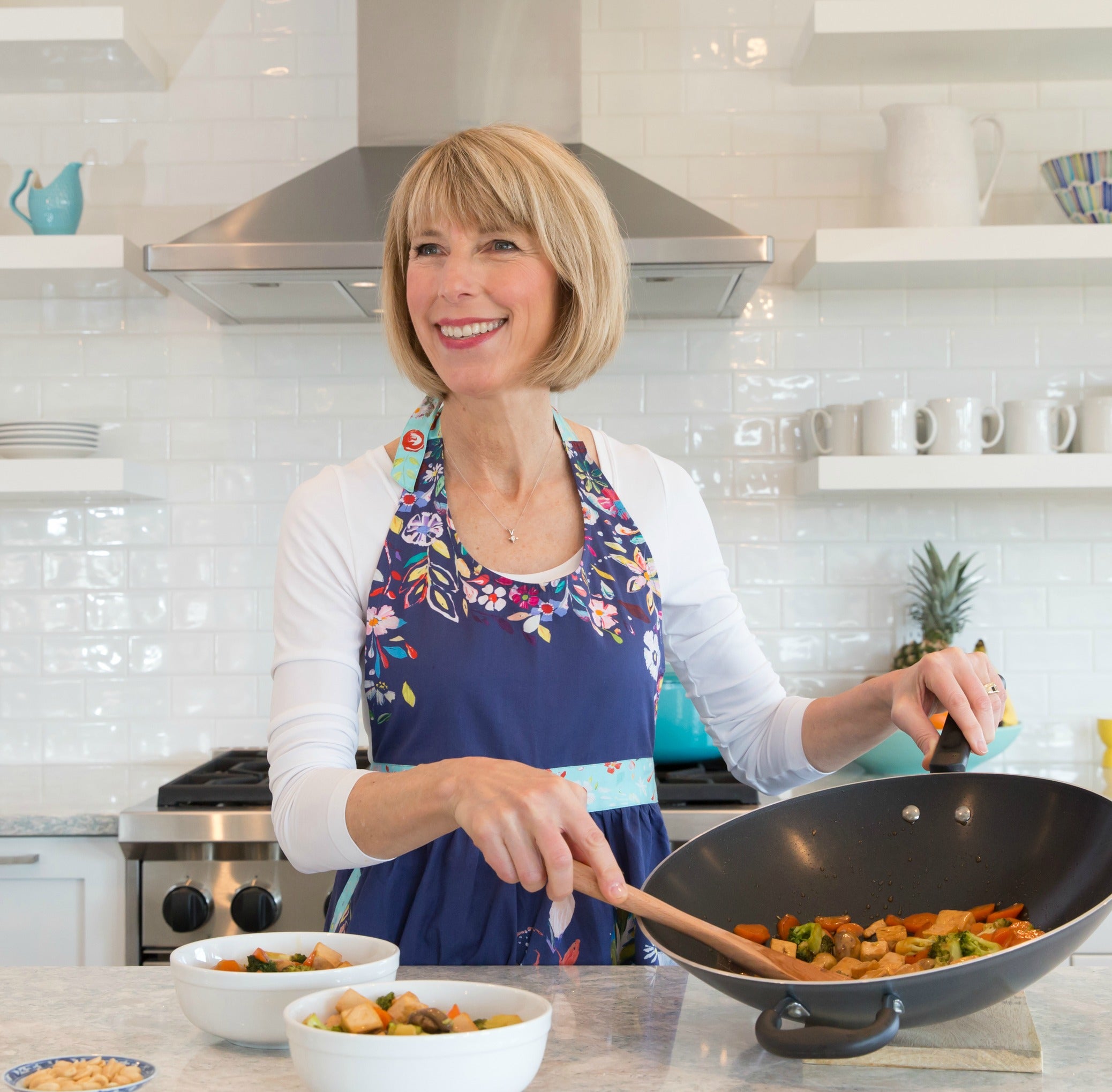 Liz Weiss, host of the podcast “Liz’s Healthy Table,” in the kitchen.

4. Use spare moments to meal prep

If you carve out some time early in the week to prep meals, making healthy dinners will be easier for you as the week progresses, Weiss said.

For instance, if you know you are having chicken quesadillas on Monday, then spend time on Sunday night cooking and cutting up your chicken, draining and rinsing a can of pinto beans, and placing it all in the fridge, Weiss said. Then you’ll mostly just need to assemble it all. For sloppy joes, dice the onion and pepper ahead of time and store it in the fridge, so all you’ll have to do is sauté the vegetables in a pan with your lean ground beef and add pasta sauce, Weiss said.

“Whatever you can do ahead of time alleviates the pressure on you during the week,” she said.

You can also think ahead by freezing leftovers to eat later in the month, Weiss said. For example, if you’re making bean and barley soup in your slow cooker, make enough for another meal.

“Half gets frozen, and you can have it again in the next couple of weeks,” she said.

5. Lose the guilt over eating canned or frozen produce

Many people feel guilty for eating canned or frozen produce, and they shouldn’t, Weiss said.

“The No. 1 goal is to eat fruits and vegetables,” she said. “If that means you are eating frozen spinach in a lasagna or canned pumpkin in pancakes or canned, diced tomatoes in chili, then you should feel great about it.”

Remember the aforementioned well-stocked pantry? If you have one, chances are you can assemble a healthy meal on the fly with whatever you can find in your pantry, refrigerator, or freezer, Weiss said.

“When you have a well-stocked kitchen, you can assemble ‘pantry dinners,'” she said. “It’s amazing what we have at our fingertips.”

An example of a pantry dinner could be plucking a box of whole wheat penne pasta from your pantry, sautéing garlic in a pan, adding a can of drained cannellini beans, and adding frozen, fresh, or canned spinach, Weiss said.

You can survey what’s in your pantry and then turn to Google for recipe ideas, she said. 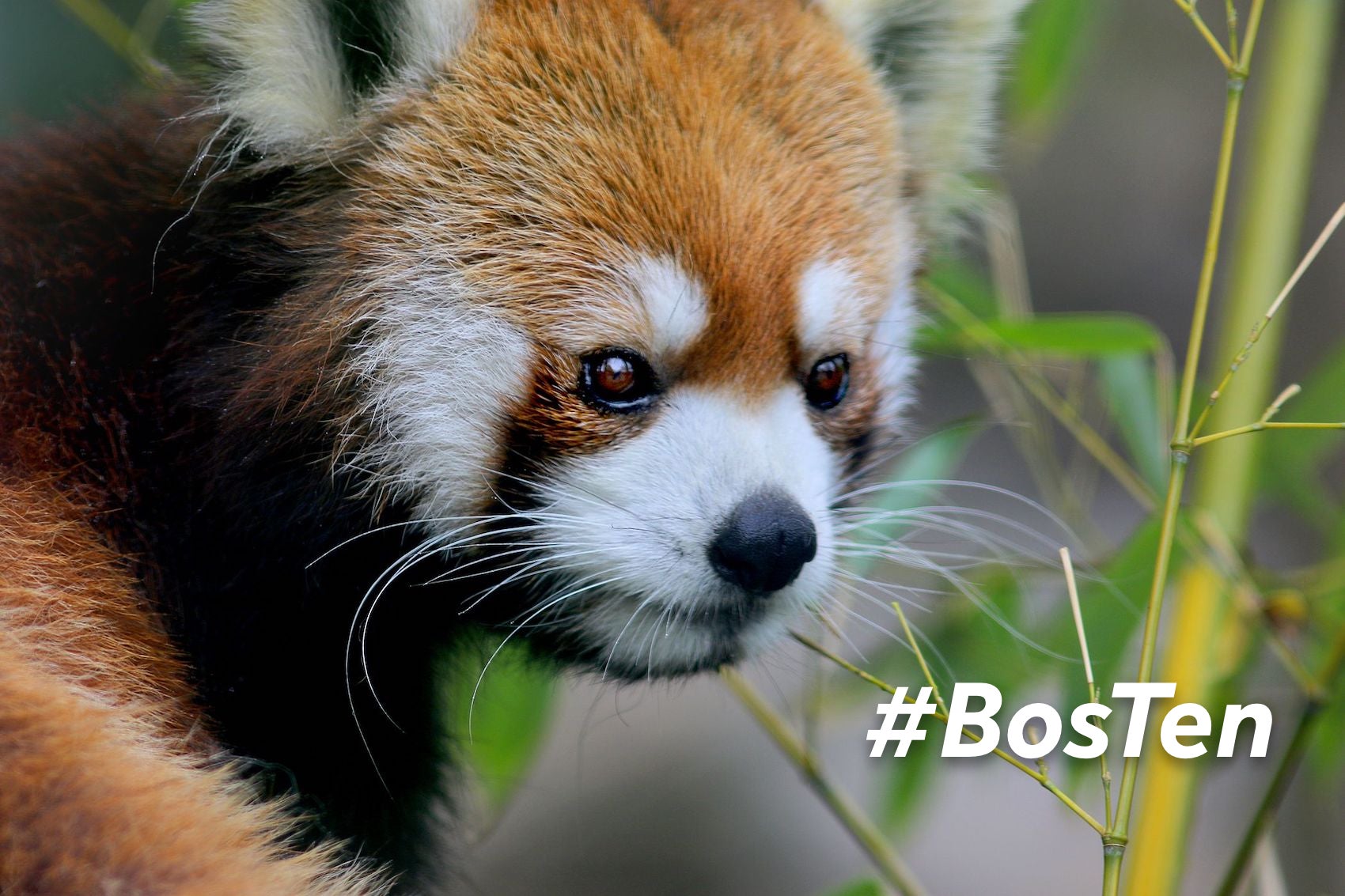