The James Beard Foundation has announced its 2022 semifinalist nominees for the James Beard Awards — one of the most prestigious awards a restaurant or chef can earn.

The non-profit celebrates restaurants and chefs around the country in many different categories, from Best Chef for each region of the country to Outstanding Restaurateur nationwide.

Winners will be announced at a ceremony in Chicago on June 13.

Here are the nominees from Massachusetts in each category:

Best Chef in the Northeast

Tiffani Faison, Orfano, Boston – Situated in the Fenway neighborhood, Orfano cooks up modern Italian dishes like hand-crafted pastas and steaks. The restaurant has a decadent atmosphere complete with golden chandeliers.

Tico Huynh, Yvonne’s, Boston – Yvonne’s is an experience. With several different themed rooms, its cocktails and modern American dishes are as creative and decadent as its atmosphere.

Jeremy Kean and Philip Kruta, Brassica Kitchen + Cafe, Boston – Brassica Kitchen is a café that serves coffee, sandwiches, and pastries during the day and modern American cuisine by night. Located in Jamaica Plain, it has a legendary brunch and fun cocktails.

Cassie Piuma, Sarma, Somerville – Sarma is based on traditional Turkish meyhanes, or restaurants. Its menu has a huge range of small plates to suit any food preferences.

John DaSilva, Chickadee, Boston – Located in the Seaport district, Chickadee’s dishes are Mediterranean-inspired. The kitchen’s menu is seasonal, using ingredients from local farms as much as possible.

Deborah Snow and Barbara White, Blue Heron Restaurant & Catering, Sunderland – Located in the Old Town Hall, which was built in 1867, Blue Heron is an upscale restaurant with a menu that changes week to week, and is broad enough to suit every dietary preference.

Rebel Rebel, Somerville – Named after the classic David Bowie song, this wine bar’s attitude is exactly what its name suggests. Serving natural wine, the bar is unapologetic about its progressive values. 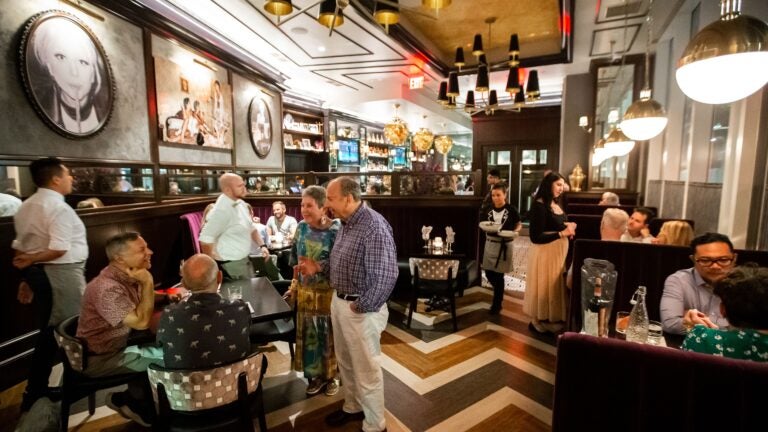