The New York Times has again scoured the country for its annual list of favorite restaurants in the nation, and two Massachusetts eateries made the cut.

The publication released its 50 favorite restaurants in America in 2022 on Monday and included Neptune Oyster in Boston, which opened in 2004, and Dear Annie in Cambridge, which opened in March.

“While we love to see a dynamic new dining room open its doors, we’re equally impressed by kitchens that are doing their best work years in,” wrote The New York Times. “So while some of our picks debuted just this summer, others have been around for decades. The one thing they have in common: The food is amazing.”

Neptune Oyster “is among the highest versions of the oyster bar form — pressed-tin ceilings, a marble bar, iced beds of oysters, clams and crab claws — but it is also more,” The New York Times wrote.

“Dishes like cuttle-ink risotto with generous chunks of lobster and Nantucket Bay scallop crudo with Persian cucumbers lift the menu above the merely canonical,” wrote the publication.

At Dear Annie, “there is an effervescence to the room — playful neon signage, come-hither shelves of natural wines, brightly hued tableware — that spills out to the streetside patio dining area.”

As for the food, The New York Times wrote: “Mussels pickled in house are the best dinner-party version of tinned fish. The grilled cheese with poblano and corn jam is a perfect high-summer bite, and the compulsively dippable seafood fumet may be the best thing to happen to the bread course since butter.”

Two more New England restaurants made the list: Leeward and Twelve, both in Portland, Maine.

View the publication’s list of 50 favorite restaurants in America in 2022. 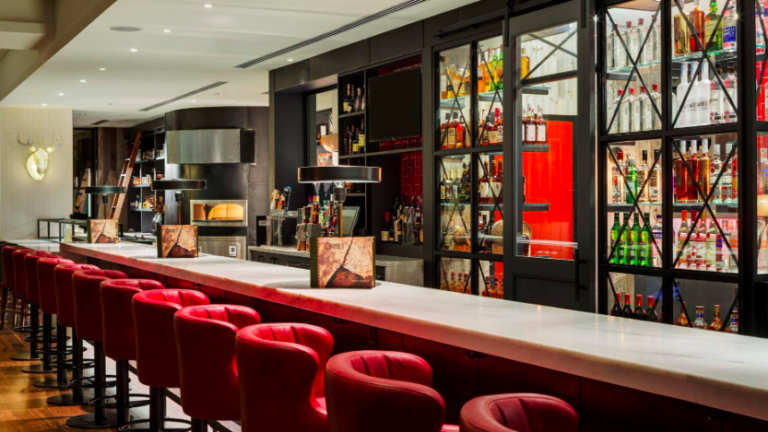 Maine restaurant named the best in America for 'everyday eats'