A year ago, oyster growers who farm New Jersey’s marshy coastal inlets and tidal flats were fighting for survival.

Restaurants were shut down by the pandemic, and the oysters they had nurtured for two years were growing past their prime. The pricey seafood that should have been sold in raw bars or served at weddings was instead submerged in cages and racks in Barnegat and Delaware bays, crowding out a younger crop of oysters.

“When COVID hit, that market disappeared,” said Tim Dillingham, executive director of the American Littoral Society, a nonprofit dedicated to the study and conservation of marine life and habitats.

Unable to pay for boat fuel or the following year’s seed, some small aquaculture farmers in New York and New Jersey, struggling to revitalize what was once the country’s preeminent oyster market, braced for the worst.

But a year later, against long odds, the industry is poised for a summertime boom.

With restaurants now free of occupancy limits as the coronavirus outbreak eases and states lift most restrictions, sales are brisk, growers said.

“It’s going to be a bonkers year,” said Scott Lennox, a founder of the Barnegat Oyster Collective, which sells to restaurants throughout the New York region and watched sales plummet by 40% after the lockdown last March.

The turnaround stems at least in part from two conservation buyback programs and a series of silver linings: a robust home-delivery market, farm stands crowded with customers and an unexpectedly strong demand for other shellfish, like the oysters’ easier-to-shuck cousin — the clam.

An oyster mail-order business that the Barnegat collective started at the beginning of the pandemic now ships to 48 states and accounts for 20% of its sales, Lennox said.

At Cape May Salt Oyster Farms in South Jersey, the state’s largest aquaculture company, home-delivery sales have soared and restaurant orders have gone “through the roof,” said Brian Harman, the manager.

“People are ready to spend their money and be adventurous and eat new things,” he said. “I think we’ve turned the corner.”

Cape May Salt opened in 1997 as one of the state’s aquaculture pioneers, operating in the Delaware Bay alongside fishing companies that harvest wild oysters. Today, amid diners’ surging interest in oysters with varied flavor profiles, New Jersey is home to about 30 aquaculture growers, most of whom lease water parcels from the state and produce oysters for the half-shell.

Still, despite its ample coastline, the region’s number of oyster farms lags far behind states like Virginia, Washington and Massachusetts, according to the U.S. Department of Agriculture.

No region of the aquaculture industry was spared as the virus halted indoor dining. The National Oceanic and Atmospheric Administration scrambled to prop up growers, offering grants that helped farmers in several Northeast states, including New Hampshire and Connecticut, and as far away as Alabama.

Lisa Calvo, a marine scientist at Rutgers University who also farms oysters in the Delaware Bay, wrote a grant proposal that led to the first buyback program in New Jersey. Sixteen growers sold a total of 79,000 oysters for 65 cents apiece, resulting in a payday of about $3,200 each.

It helped. “A little more money in my pocket,” said Jordan LoPinto, a farmer with Tucker’s Island Shellfish who operates in Barnegat Bay.

The purchased oysters, which can each filter and clean 50 gallons of water a day during their nondormant months, were placed on existing coastal reefs in the fall. Adding oysters to reefs expands the habitat for fish, adds a layer of coastal resiliency and helps to clean turbid water, said Steve Evert, who runs the marine field station at Stockton University, which maintains a reef in Barnegat Bay between Tuckerton and Beach Haven.

In a separate initiative, the Pew Charitable Trusts and the Nature Conservancy used a $2 million gift from an anonymous donor to fund a much larger buyback program for growers in New York, New Jersey, Maine, New Hampshire, Massachusetts, Maryland and Washington.

Millions of oysters were purchased and placed at sites off coastlines, offering a twofold benefit: protecting many of the 3,000 jobs connected to the industry nationwide while retaining the oysters’ ecological value.

“We’re trying out this new sort of novel approach to restoration,” said Zack Greenberg, who helps to run a marine conservation program at Pew. “But it really was about supporting oyster farmers.”

Cape May Salt sold 75,000 mature oysters to the program for about two-thirds of the mollusks’ typical market value, resulting in a $36,000 infusion of cash when the company needed it most.

“It was extremely helpful,” Harman said.

At the same time, farmers were hustling to find new places to sell their shellfish.

Fish stands thrived, said Dale Parsons, a fifth-generation bayman, who runs Parsons Seafood, a company based in Tuckerton, New Jersey, that grows clams and oysters and participated in the Pew buyback.

As oyster sales dipped, he said, sales of clams, which require less expertise to open or cook, exploded. “The clam market was insanely busy,” Parsons said.

Parsons, who leads an unrelated oyster restoration program that uses spent shells donated by restaurants, said predation was one potential downside of the buyback initiatives. Adding fully grown oysters to an established reef could attract cownose rays, which prey on shellfish, he said.

“If a couple of them find it, and initiate a feeding frenzy, they all sort of home in until the last scrap is done,” Parsons said.

Officials with both buyback programs said there were plans to assess the oysters’ survival rates in the coming months.

Two centuries ago, New York’s and New Jersey’s bays, harbors and tidal rivers teemed with wild oysters that were shipped to restaurants in Paris and London and by barge along the Erie Canal.

But the Nature Conservancy estimates that today 85% of the world’s oyster reefs have disappeared.

Stressed by pollution, over-harvesting and disease, wild oysters are now considered “functionally extinct” in the New York region, according to Pete Malinowski, executive director of the Billion Oyster Project, an education and restoration program founded in 2014 to repopulate New York Harbor with oysters.

“We can measure direct and almost immediate benefits,” Malinowski said of the program, adding that it had successfully deposited 45 million oysters by October. “We only have 955 million to go.”

Since then, the group has deposited 2 million more, including 5,500 oysters planted before Memorial Day off Governors Island through a Pew and Nature Conservancy program, Supporting Oyster Aquaculture and Restoration, or SOAR.

Calvo, the Rutgers scientist, said she expected the buyback model borne of the pandemic to become a permanent part of the region’s restoration efforts. In a recent survey, farmers said they hoped to continue to donate or sell a portion of their largest, least desirable oysters as a way to pay it forward environmentally — and, possibly, to lock in a tax write-off, Calvo said.

“I don’t think it’s one and done,” she said. “I think it’s going to be one of those positives that come out of this very challenging year.” 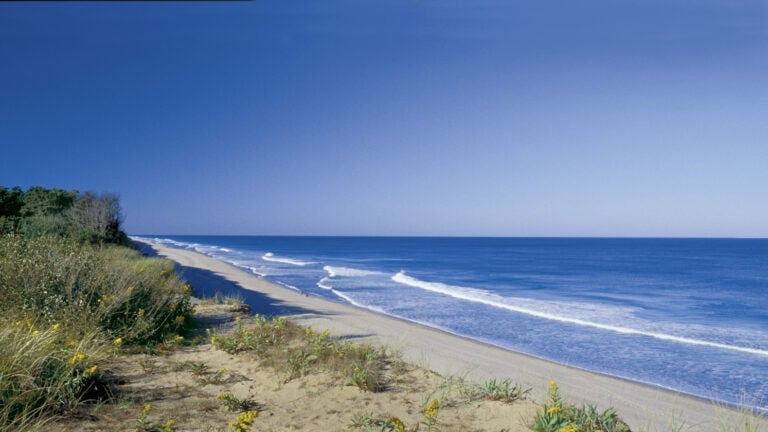