“It’s the best thing that’s happened to Boston in a long time.”

“This is experiential,” said Mario Batali, celebrity chef and partner at Eataly USA, during a tour of the new location. “This is what you do for fun—not just when you have to get groceries for dinner. This is when you want to come and experience the Italian culture as taught to you by the masters of cheese or salami.”

Boston.com got a sneak peek of Eataly Boston a week-and-a-half before it opens its doors to the public. Watch a video of the tour below, then scroll down for more photos of the emporium.

We’re live from Eataly Boston! Join us for a sneak peek from Purchasing Director Dino Borri before the grand opening on November 29 at 800 Boylston St. 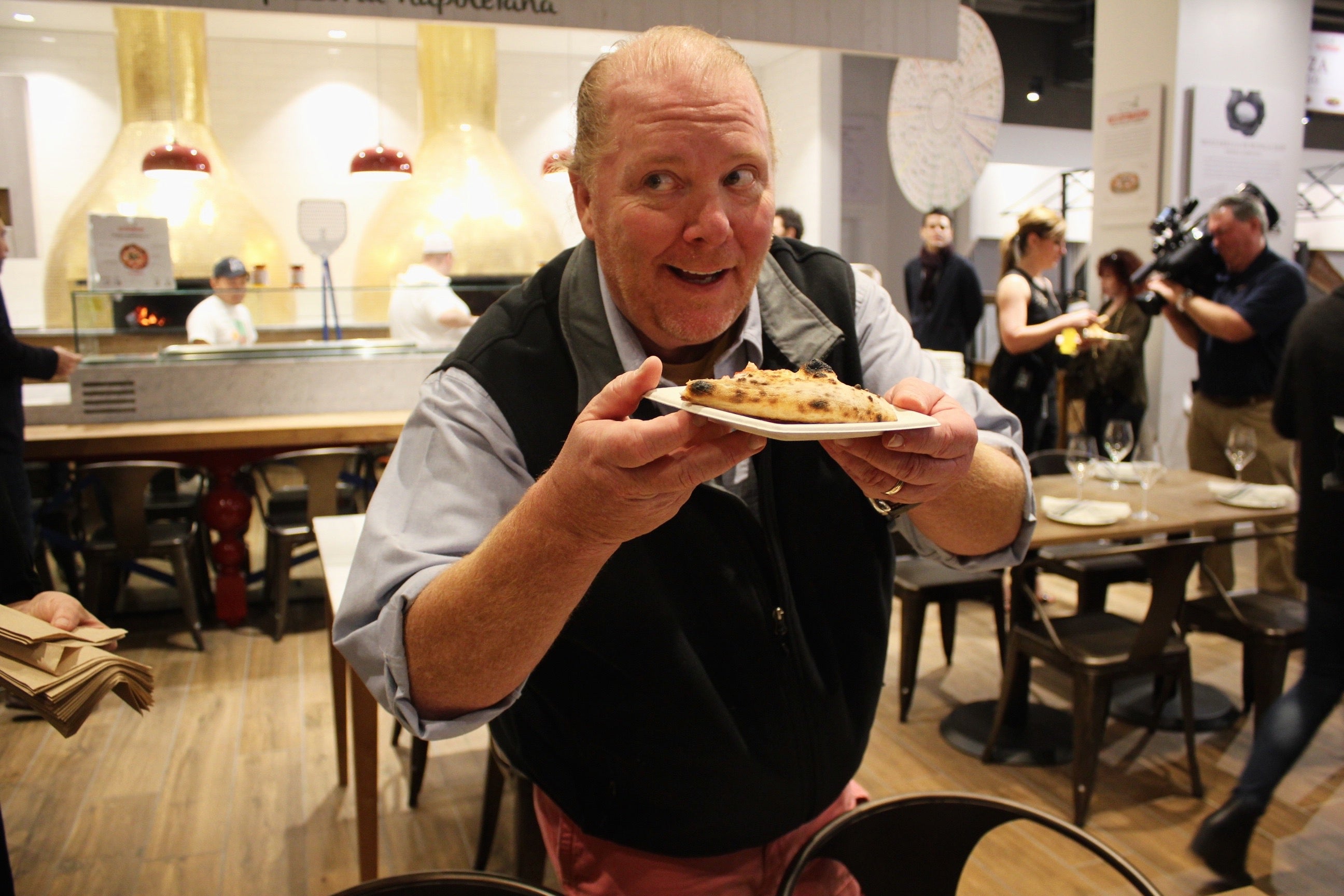 Boston is Eataly’s “fourth American experience,” said Batali, pictured, referencing other locations in New York and Chicago. “You have chosen us, and we have chosen you.” 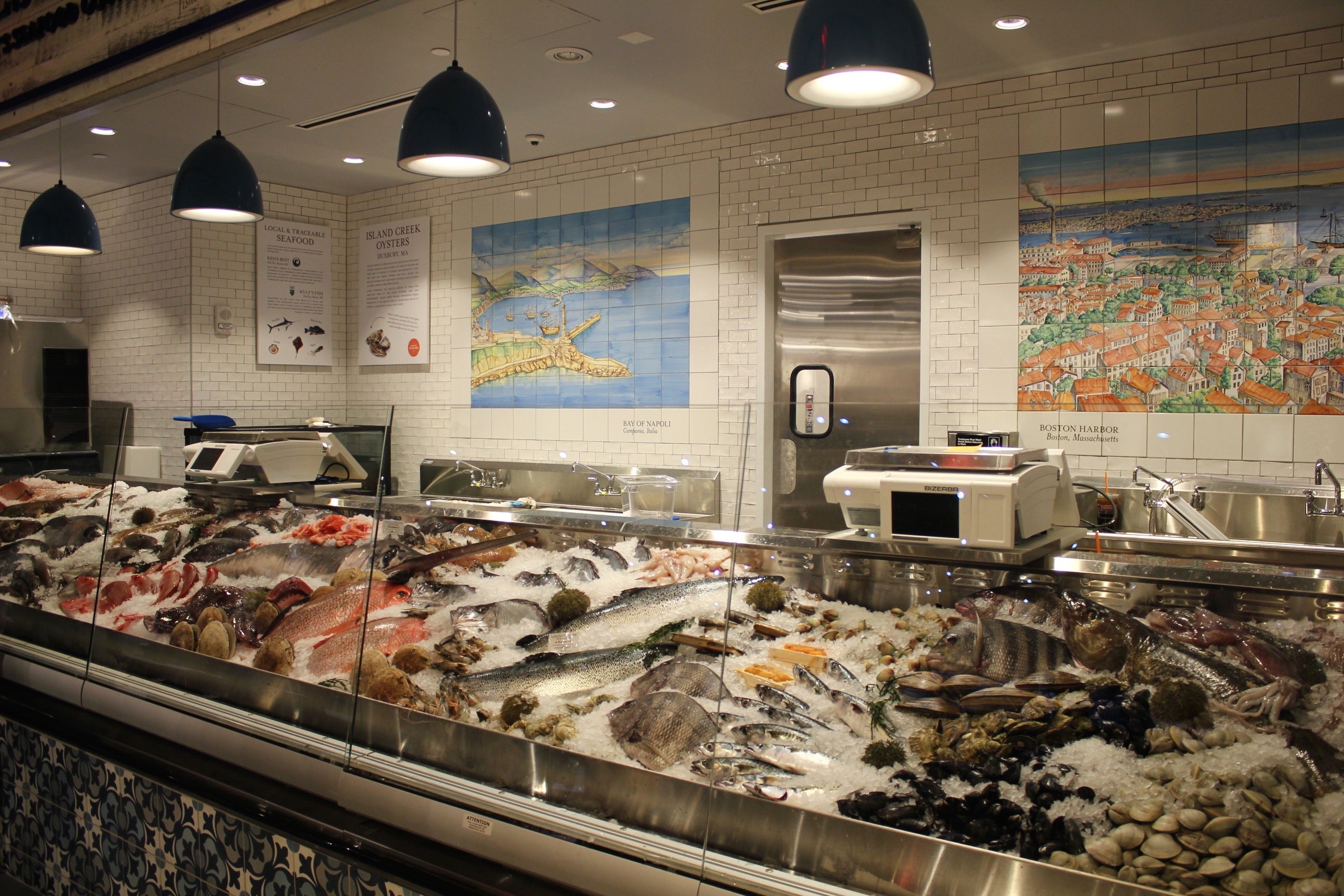 La Pescheria has tiled mosaics on its walls that depict both the Bay of Naples in the Italian region of Campania and Boston Harbor. 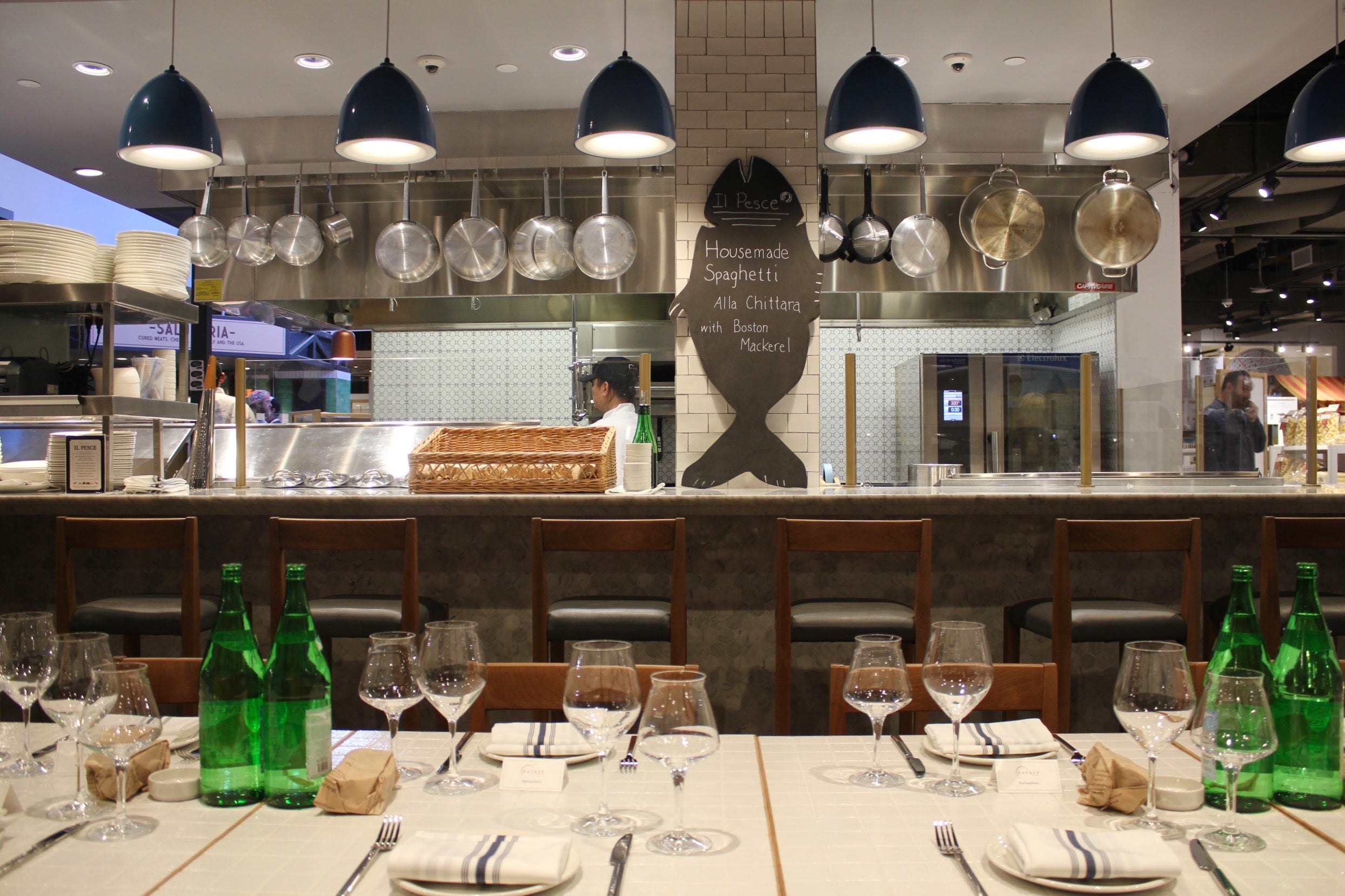 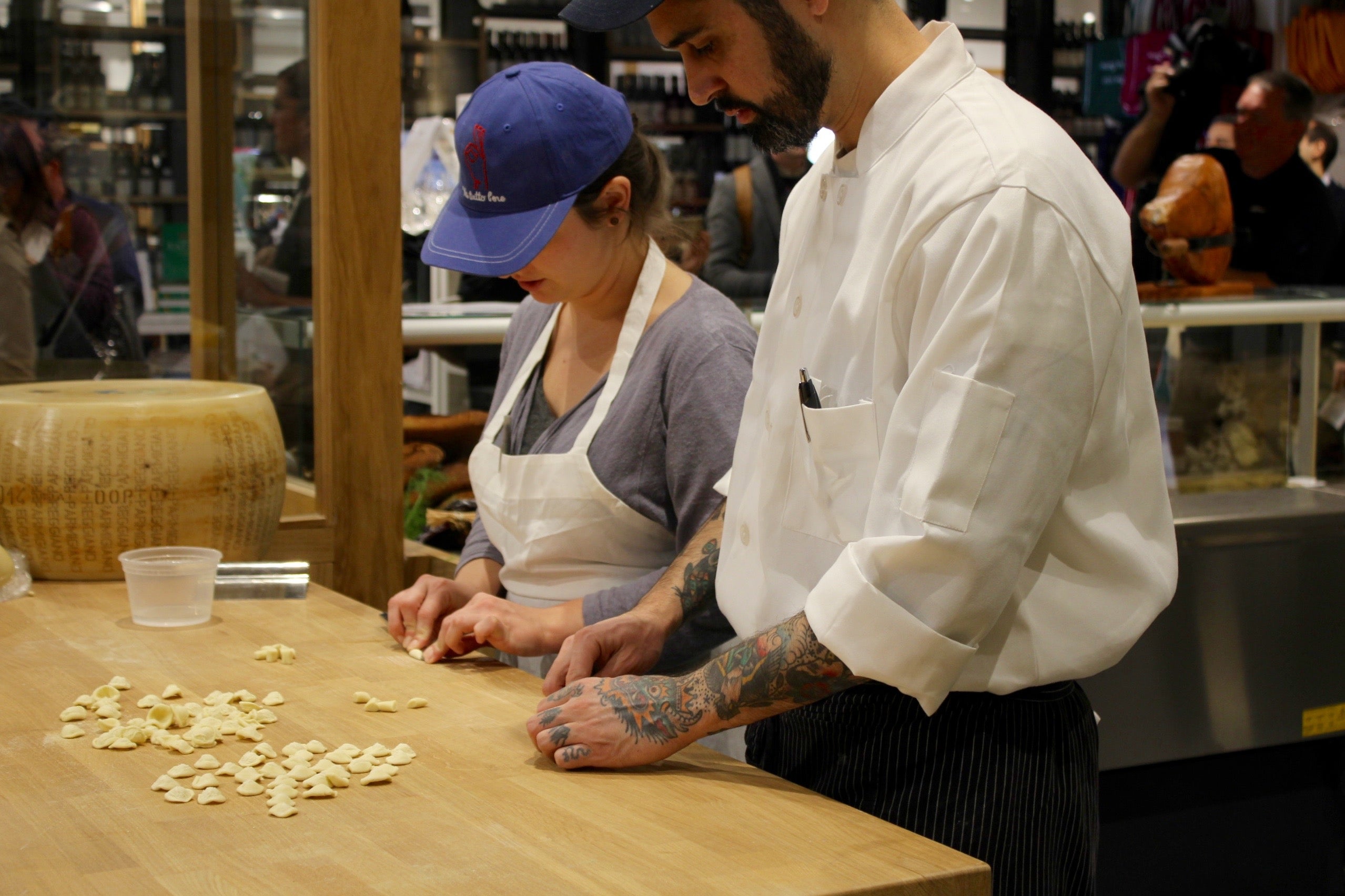 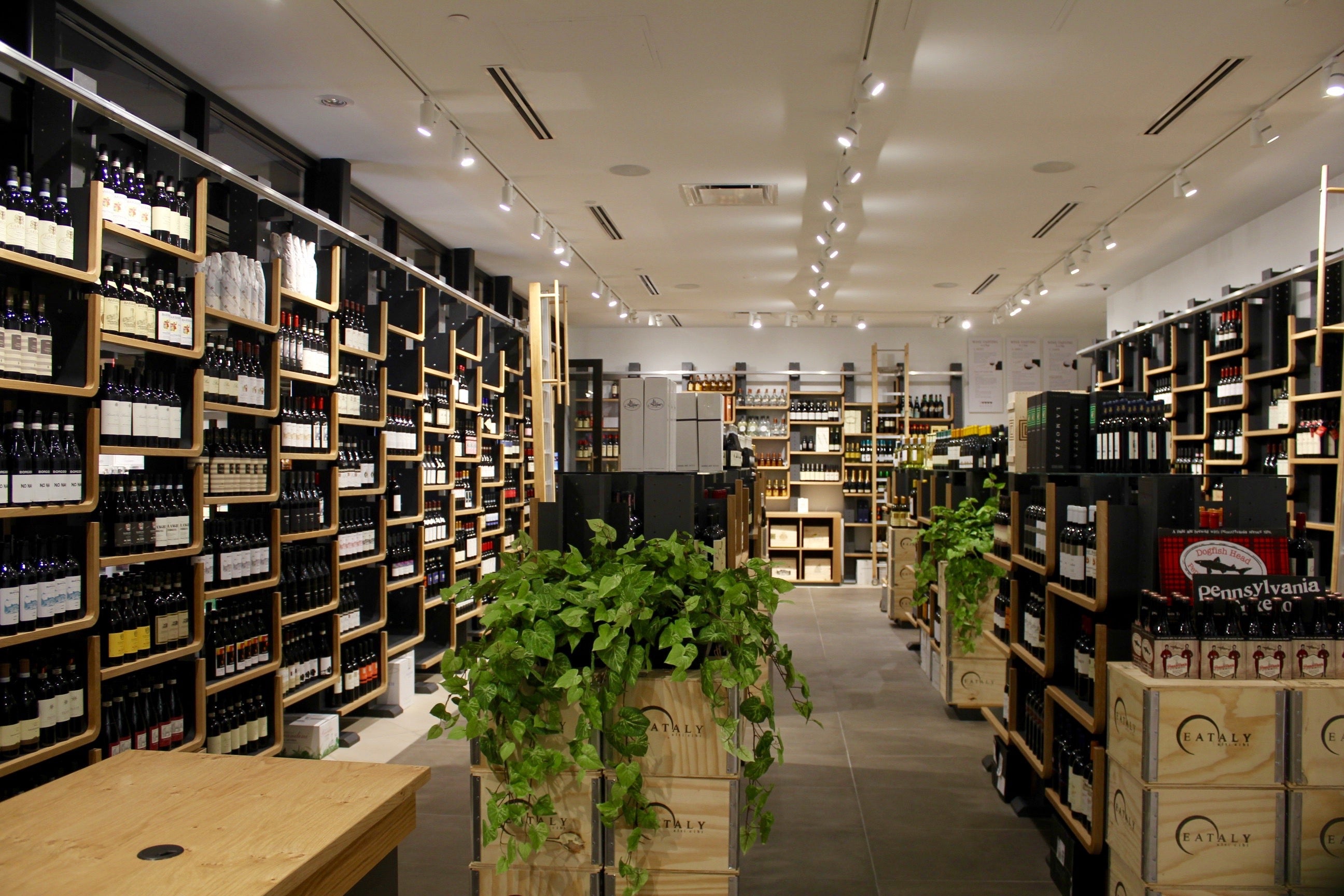 Eataly Boston sells Italian wines and beer, as well as a selection of beer from the Northeast. 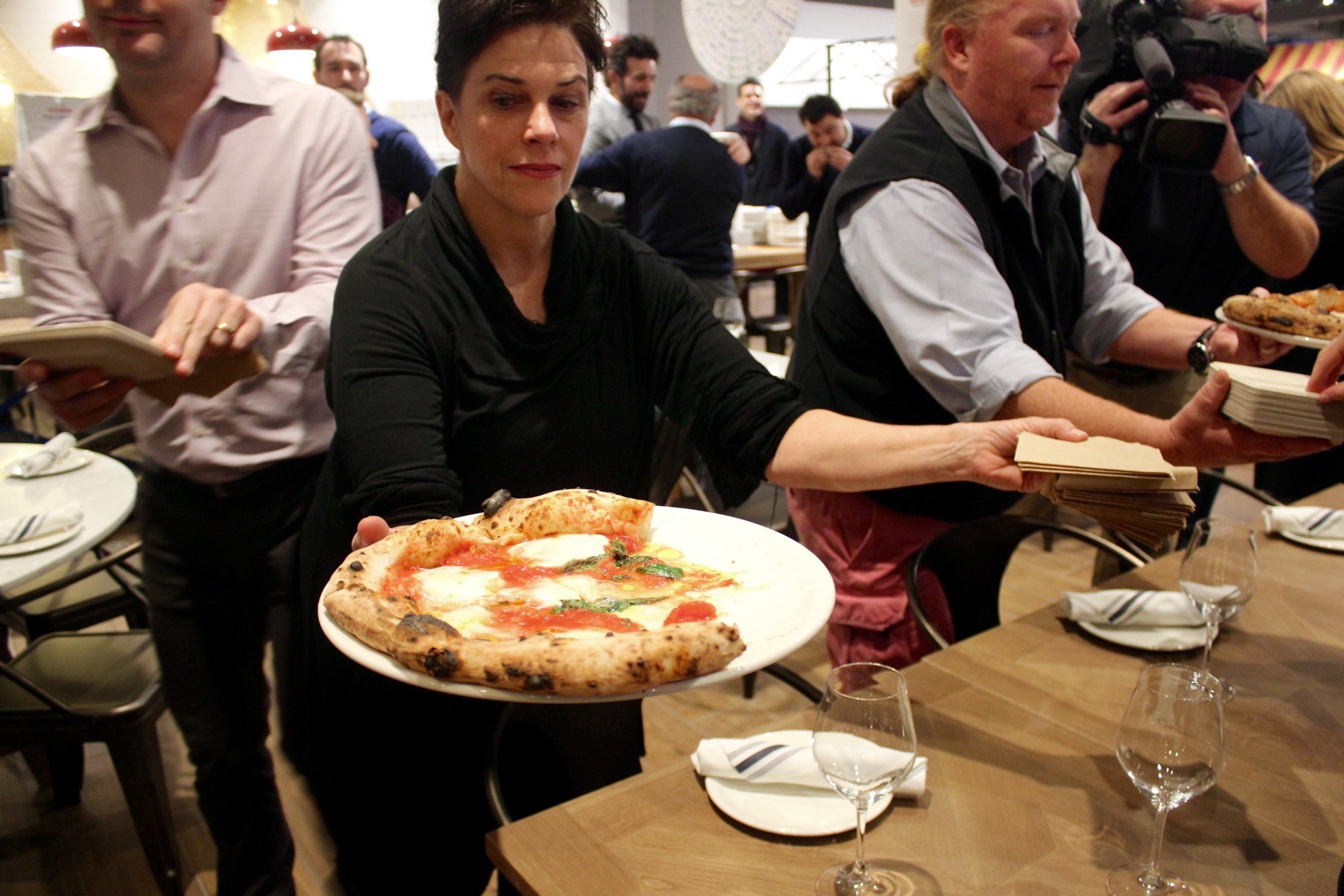 “Mario and I? We’ve known each other for 20 years just because we’re chefs,” said Lynch, pictured. “What I love about Mario, it’s education first, teaching about quality, not quantity, great food, great products. … We care. It’s real. This is real.” 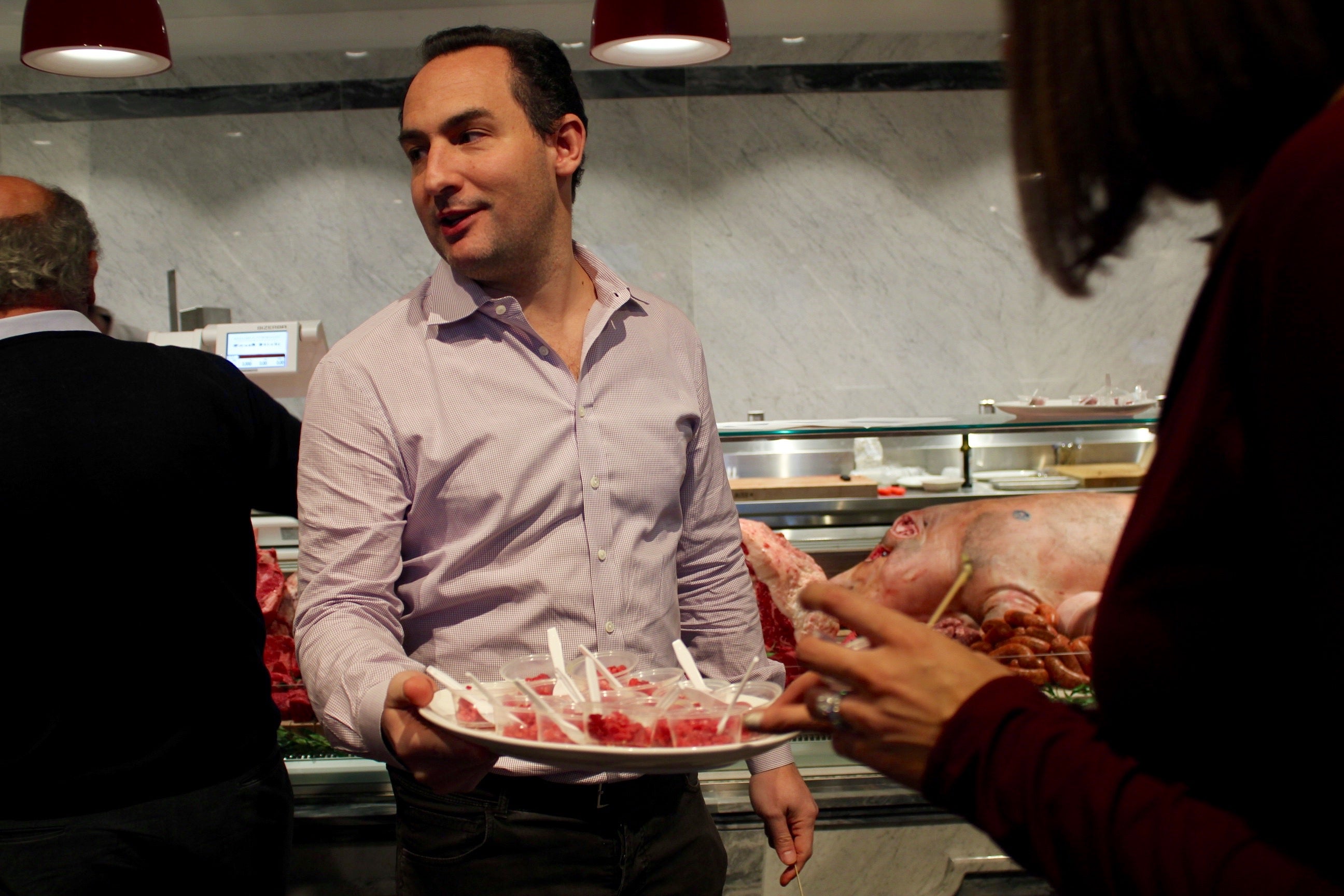 “Eataly, what we’re doing is, we’re not so much inventing something new,” said Adam Saper, Eataly USA’s CFO and managing partner. “We’re going to back to the past of old European marketplaces and recreating them.” 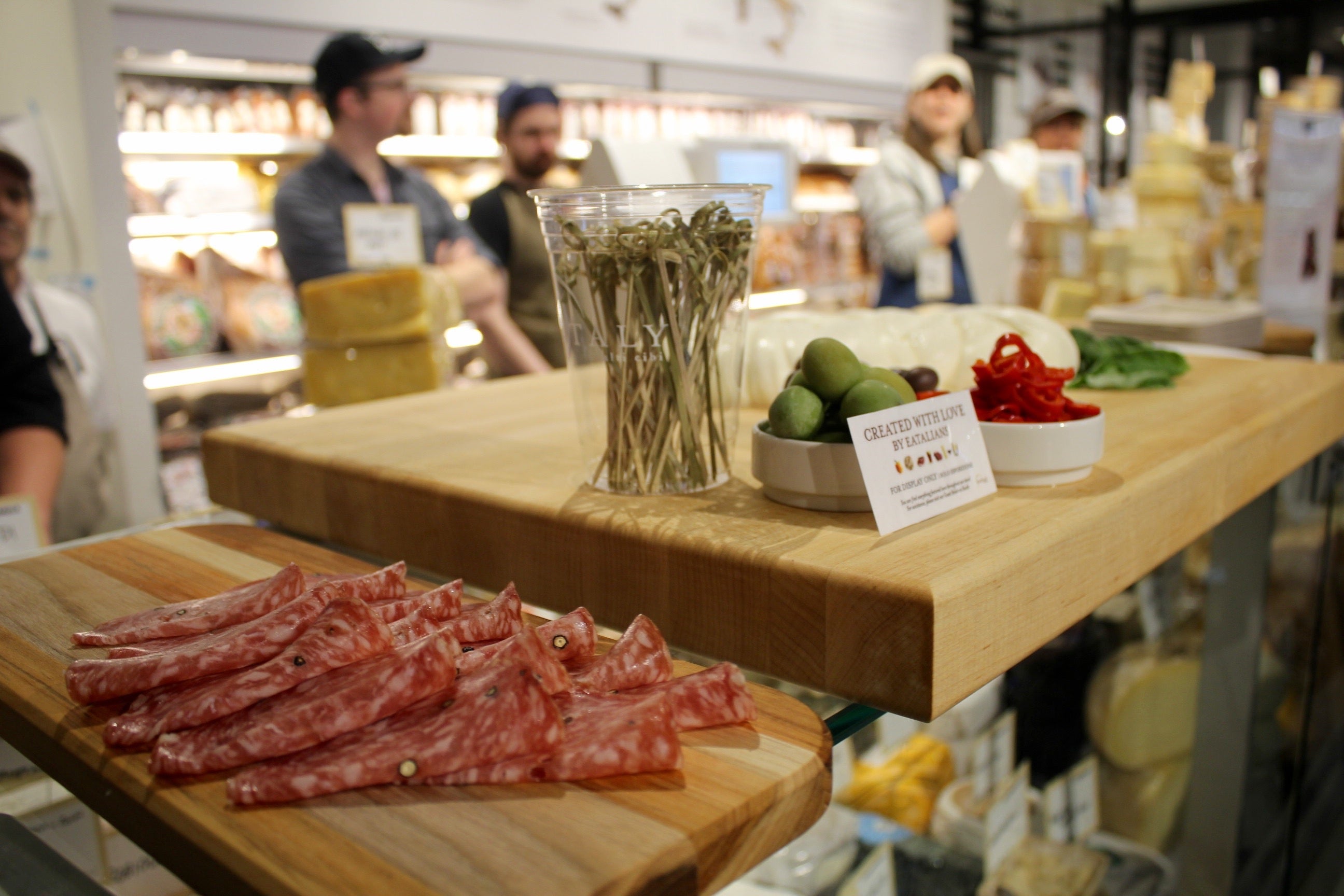 “[Boston], while it’s actually not that large of a city relative to many other cities, it’s a dense, walking city,” Saper said. “It has a European feel.” 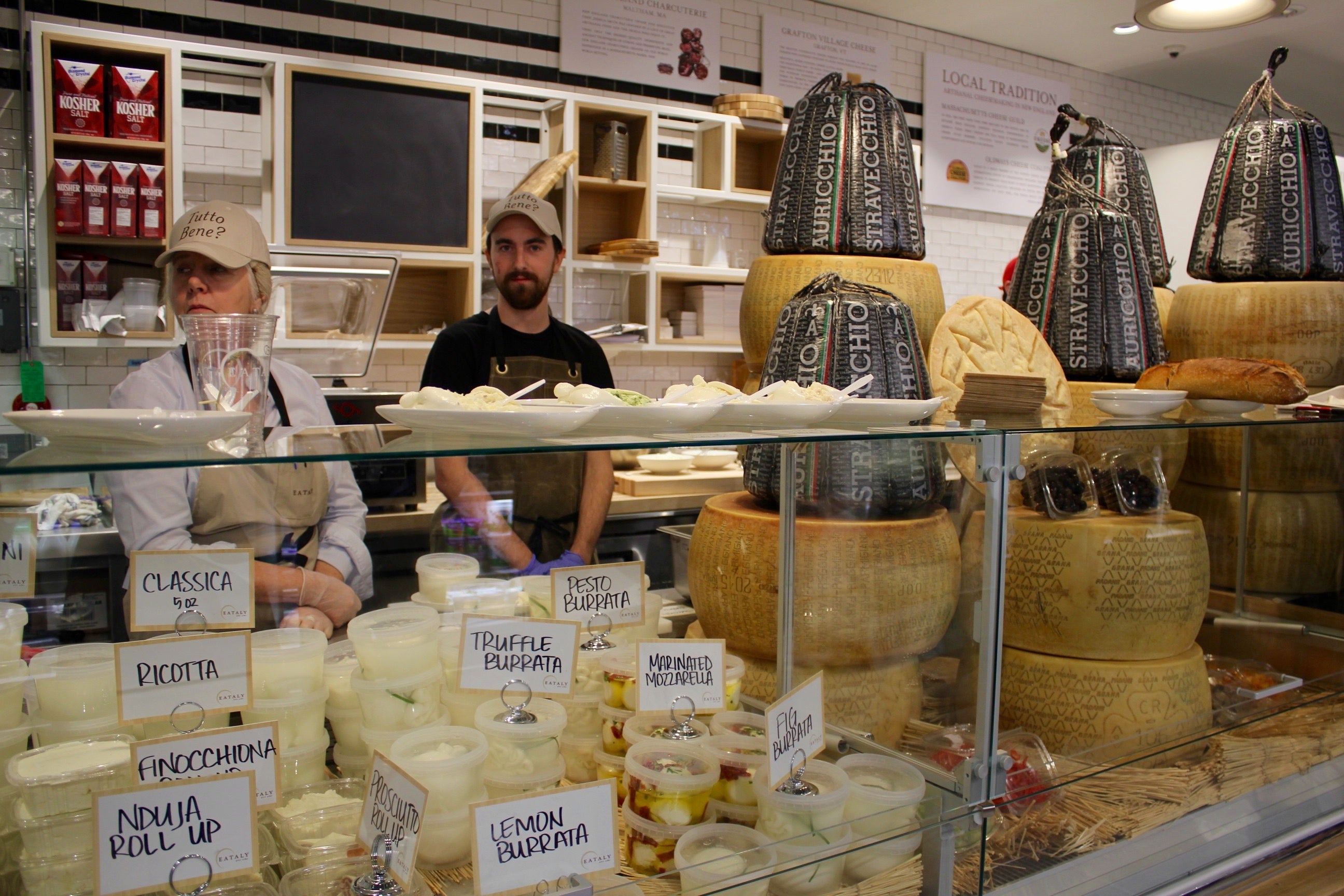 Just like the foods at many of the other counters, much of the cheese is sourced locally. 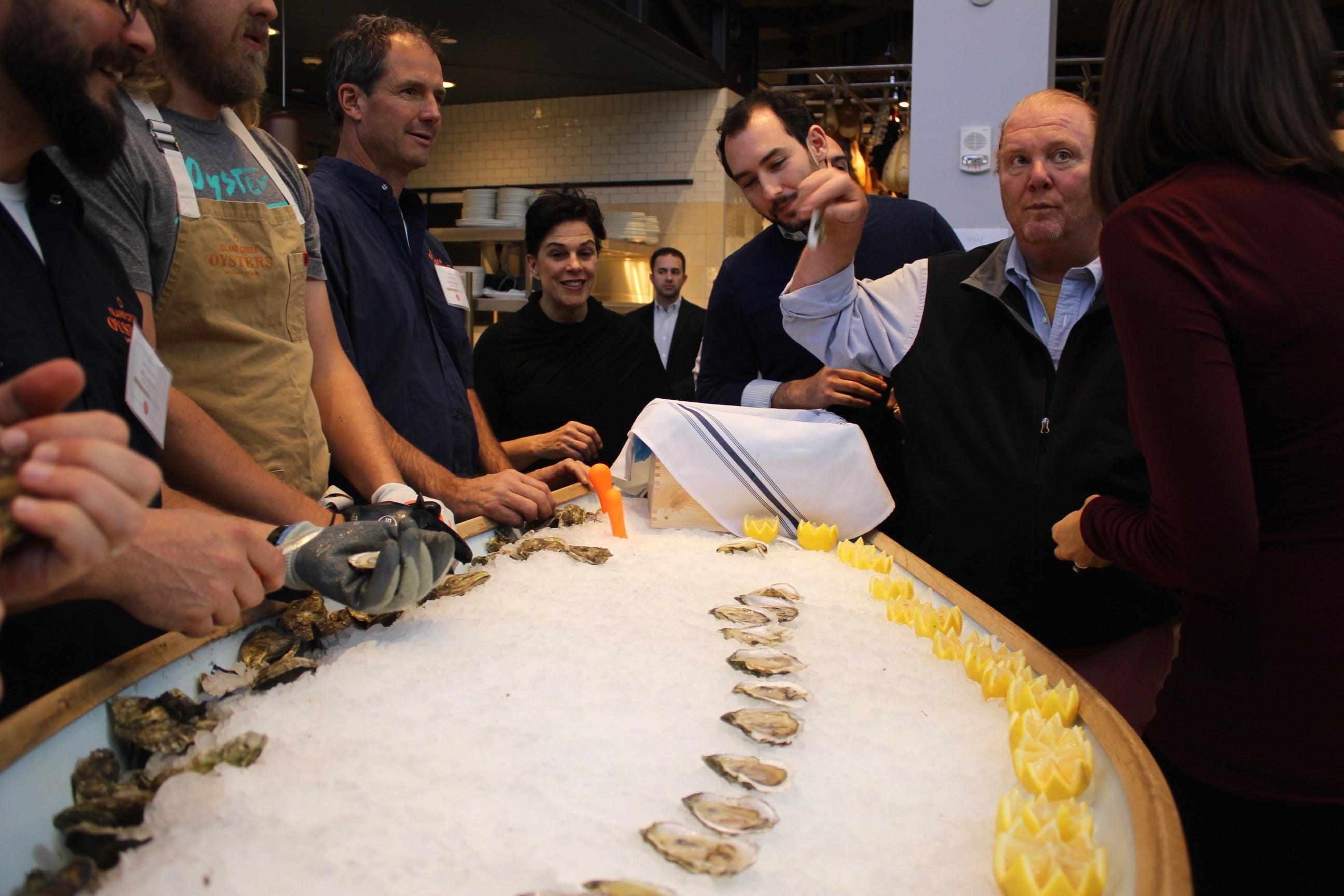 Island Creek Oysters of Duxbury are also on site at Eataly Boston. 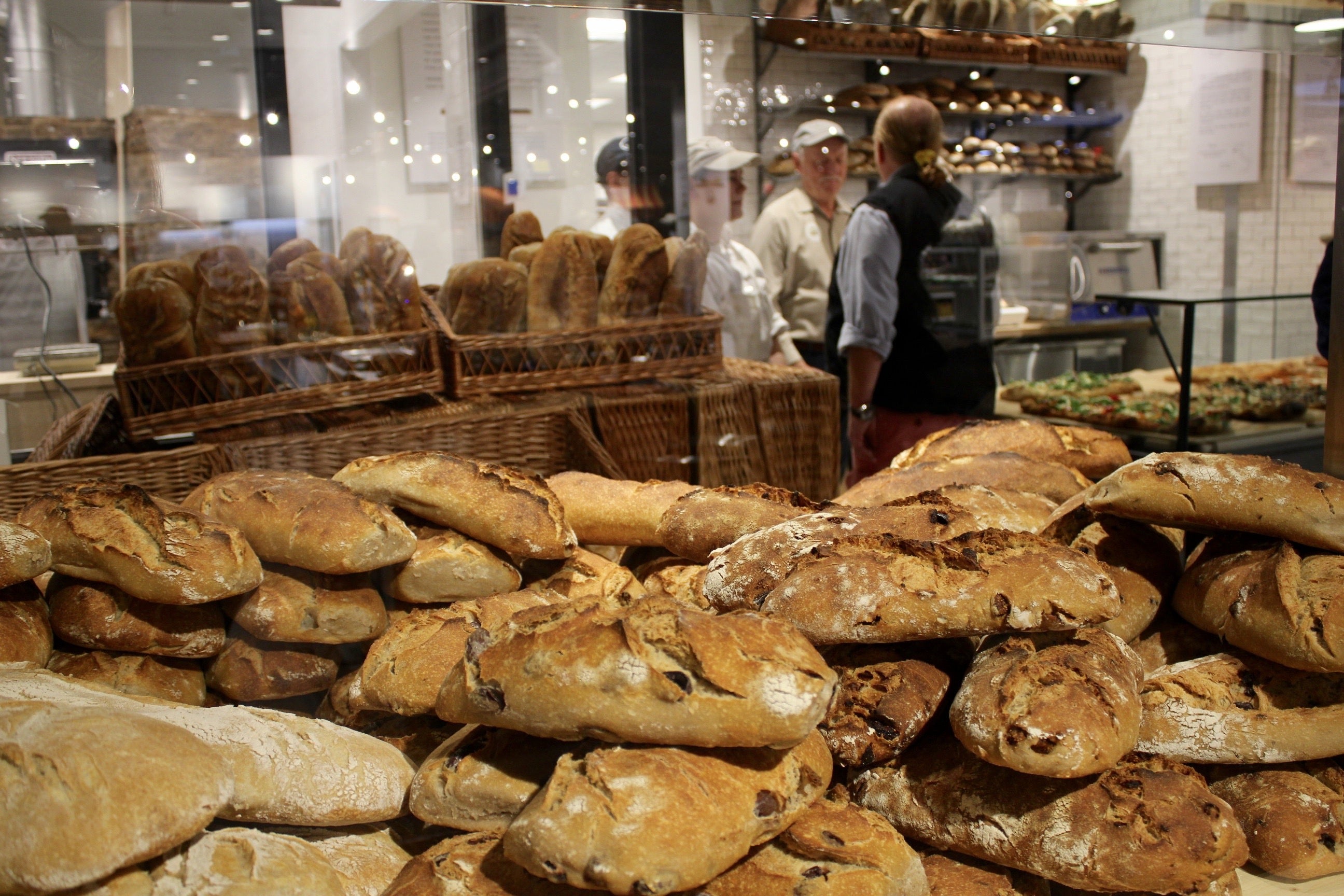