When it comes to Massachusetts food and drink accolades, bars and restaurants in Boston and Cambridge tend to dominate. But Esquire‘s list of 2017’s best bars in America includes a cocktail bar that’s well outside the downtown bubble.

Baldwin and Sons Trading Co. is an intimate cocktail bar in Woburn from award-winning bartender Ran Duan. The 45-seat bar is located in an old colonial mansion upstairs from Sichuan Garden II, owned by Duan’s parents, and the accompanying Baldwin Bar, which Duan also runs.

Esquire praised Baldwin & Sons Trading Co. for its elaborate drink vessels, citing the “brown and bitter recipes in flasks served in cigar boxes” and “a glass egg filled with Aperol, absinthe, and grapefruit served on a bed of flowers.” 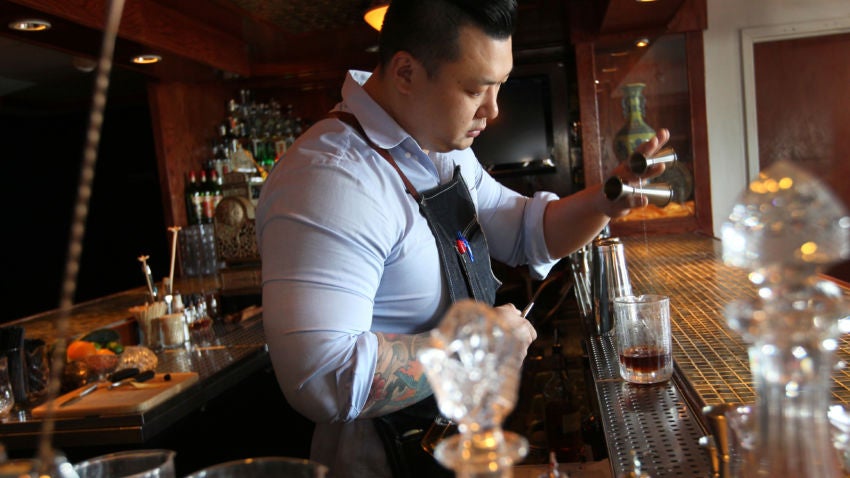 The publication also made note of the outstanding food menu, which is an abbreviated version of the Sichuan Garden’s menu downstairs.

“Picture the best Chinese-takeout restaurant you’ve been to: dumplings and thick-cut bacon in garlic, ginger, and Sichuan peppers,” writes Esquire‘s Luke O’Neil. “Now put that inside a New England Colonial mansion built in 1661. When you tack on one of the best cocktail bars in Massachusetts, it’s almost an embarrassment of riches.”

If the 25-minute cab ride from downtown Boston to Baldwin & Sons is too much for you, O’Neil also reported that Duan has plans to add a rum-focused cocktail bar to Sichuan Garden I in Brookline at some point.