Eater has revealed its list of the 38 best restaurants across New England, and you can dine at 12 of them right here in Massachusetts.

In fact, while restaurants as far as the Berkshires made the Mass. list, 10 of the 12 restaurants in the state are located in the Boston area.

Two Boston Japanese spots earned recognition. At the Leather District’s O Ya, “dishes arrive as precise and evocative as edible Seurats,” Eater wrote, also calling the spot a “national-caliber” izakaya, or Japanese gastropub. Meanwhile, over at the Back Bay’s Uni, Tony Messina and Ken Oringer‘s izakaya, guests are offered an “exhilarating flavorscape where hamachi sashimi tangoes with banana, black truffle, and pork-belly croutons,” the publication said. 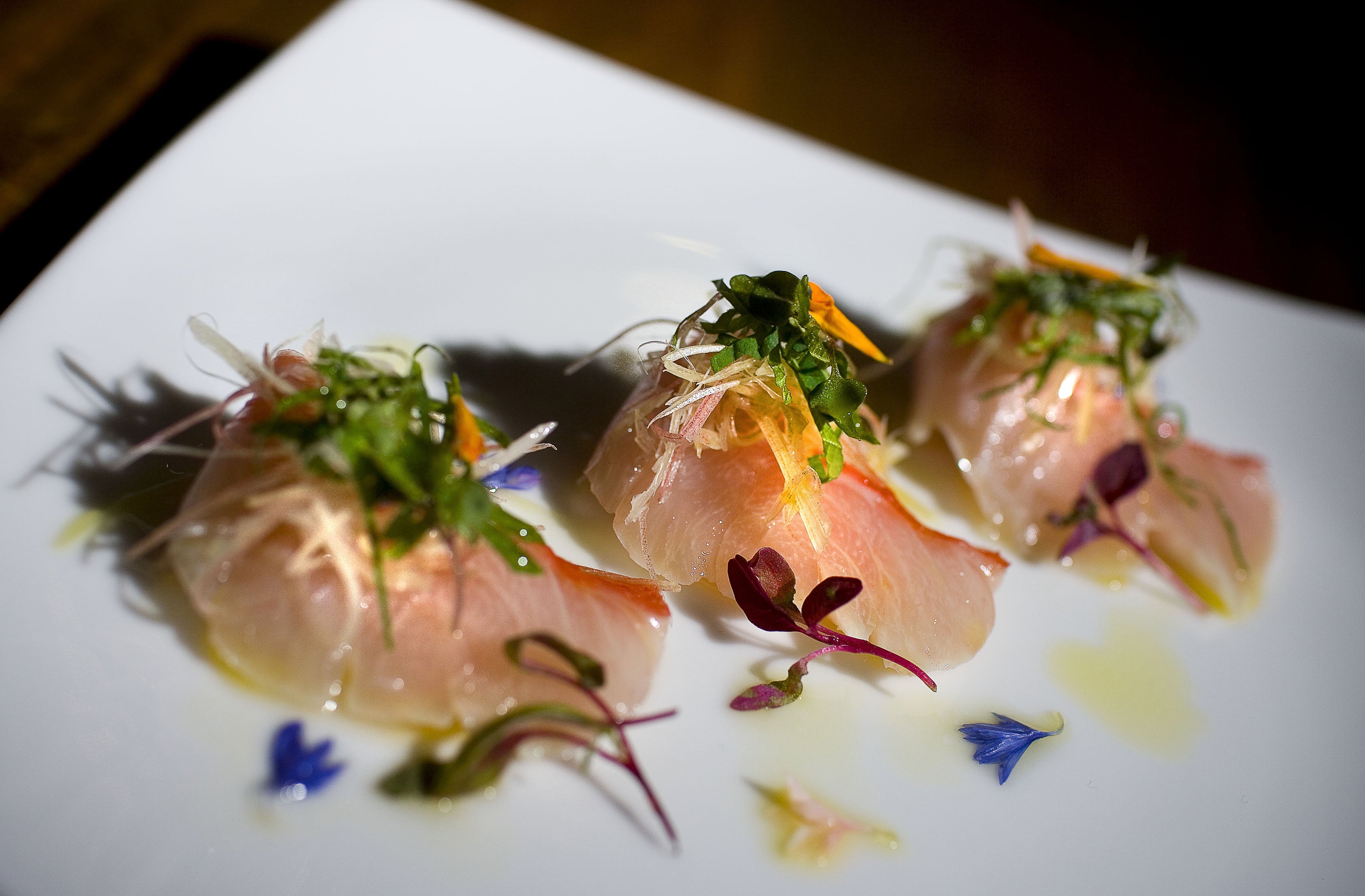 That’s only the start of the seafood on the list. Waypoint, or as Eater referred to it, “seafood-driven decadence in Harvard Square,” got called out for the “white-hot culinary talent of chef Michael Scelfo (also of Alden & Harlow), who whips up dishes such as fresh bucatini with smoked egg yolk, bottarga, pecorino, and “velvety blobs of uni.” The publication also praised the Island Creek team at Fort Point’s Row 34 for the restaurant’s “pristine raw-bar selections” and two lobster roll styles: the Maine with creamy mayo and Connecticut with hot butter. The carrot agnolotti at Eastern Standard.

Eastern Standard, from the same team as Row 34, is a “lively Kenmore Square institution” and has perfected bistro favorites such as steak frites and roasted chicken, according to Eater.

Speaking of meat: American bistro Craigie on Main serves up “one of America’s gutsiest burgers,” comprised of a freshly ground patty made with bone marrow and miso, topped with cheddar cheese and served on a milk-bread bun, Eater wrote. You should get to this Central Square spot early to receive one, as chef and owner Tony Maws only makes 18 per night. Also in Cambridge, but East Cambridge, Loyal Nine puts a modern twist on Colonial gastronomics, Eater wrote, with dishes such as sallets and soused bluefish accented with items such as chamomile vinegar, sunchoke-walnut jam, and pork-fat hollandaise. 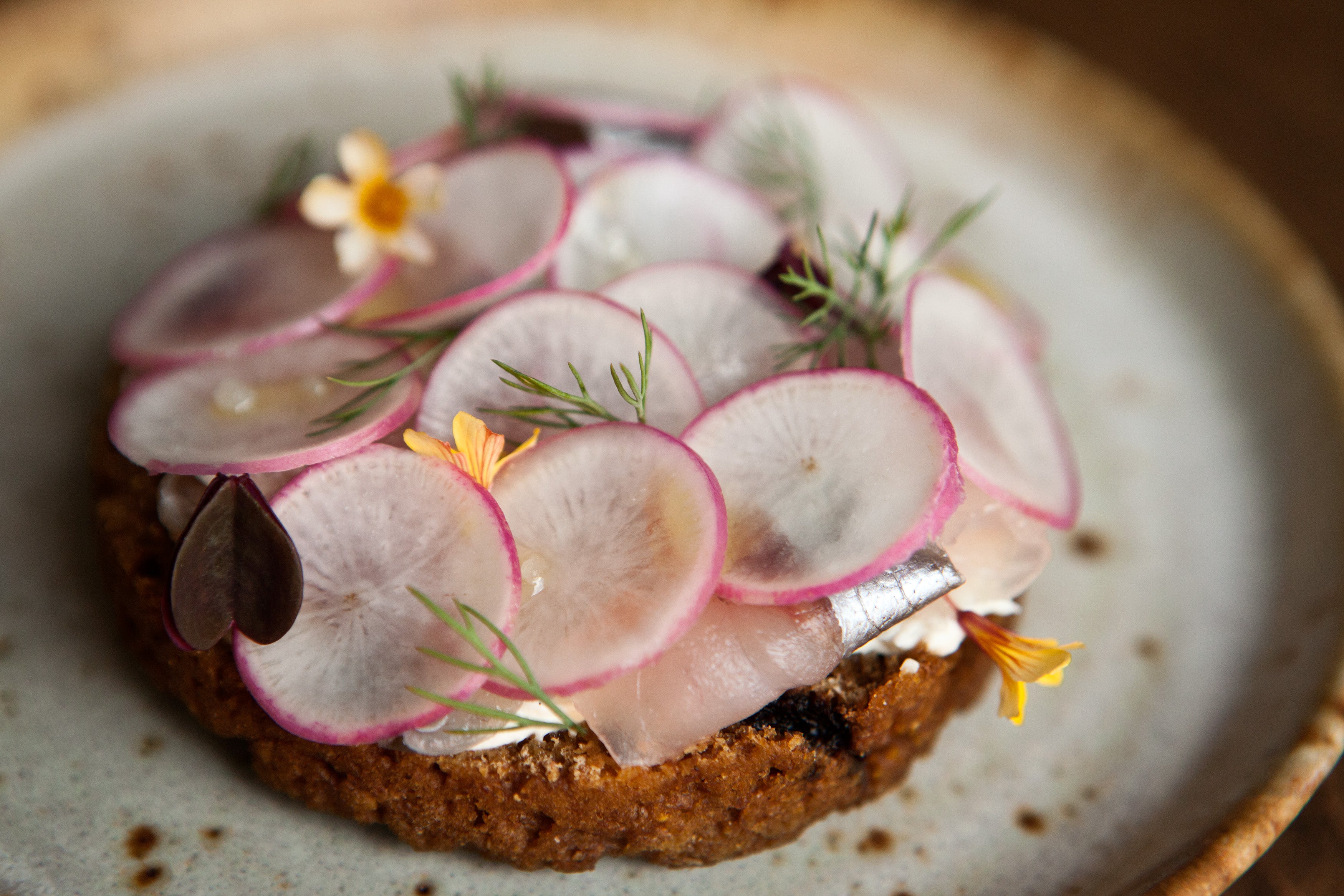 The soused fish with brown bread is served as a small dish at Loyal Nine.

Eater applauded Somerville’s La Brasa for its “gutsy, vibrant, refined cooking,” right down to its “dreamy smoke-kissed” ash butter served along side the bread. Meanwhile, Eater described fellow Somerville restaurant Sarma, headed by renowned chef and owner Cassie Piuma, as “a party of a restaurant celebrating the diverse, radiantly spiced flavors of the Middle East.” Piuma gets her produce from the farm of co-owner Ana Sortun.

Another farm-to-table restaurant, The Prairie Whale in Great Barrington, is headed by Marlow & Sons’ Mark Firth and uses meat and vegetables from Firth’s own farm. Think: potato-leek soup with poached egg; pork goulash with braised cabbage and spaetzle. As a bonus, you can play cornhole on the lawn. And finally, another Western Mass. institution, Shelburne Falls’s Gypsy Apple Bistro, got high marks from Eater for its consistency, creativity, and hospitality. The daily specials, which Eater called “eclectic,” can range from “hand-torn pasta to scrapple with duck egg to house-made ramen.” 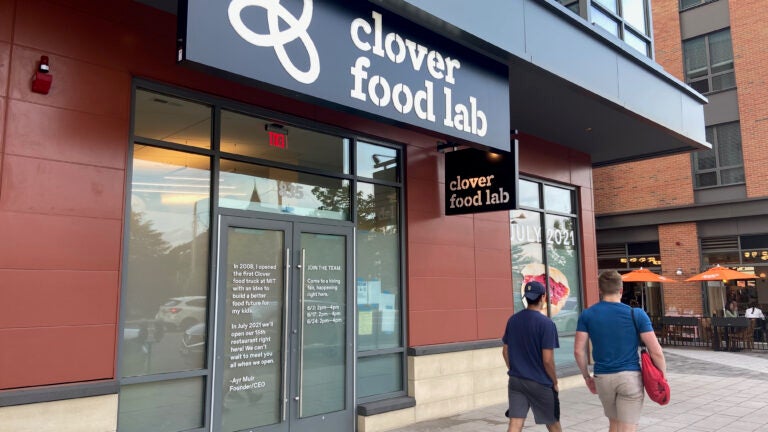 We asked for the best vegan, plant-based dishes in Boston. Here are your favorites.