Restaurant openings seemed to come in waves this fall, and while many high-end dining destinations from acclaimed industry veterans planted their roots downtown, we saw a handful of other newcomers enter the scene, selling dumplings in Kendall Square and roast beef sandwiches inside former storage containers. Looking for a place where you can shake up your daily routine? Put your regular dinner plans on hold and try one of Boston’s best new fall restaurants.

Alcove
This farm coast-focused restaurant, which opened on Oct. 17, is the brainchild of hospitality veteran Tom Schlesinger-Guidelli, who cut his teeth at Eastern Standard Kitchen and Drinks and Craigie on Main, among other places. Located at Lovejoy Wharf (and conveniently close to the Garden), it’s the newest member of a growing West End neighborhood and serves dishes like pan-seared sea bream with golden quinoa and grilled swordfish with eggplant caponata — plus a hefty cheeseburger. (Alcove, 50 Lovejoy Wharf, Boston; Mondays–Thursdays from 5 p.m.–midnight, Fridays and Saturdays from 5 p.m.–1 a.m., and Sundays from 4:30 p.m.–midnight; alcoveboston.com)

Backlash Beer Co.
Roxbury gained a new watering hole on Sept. 20 when Backlash Beer Co. opened its doors. The company, which had used other breweries to brew its beer since forming in 2011, offers both beer on draft and in cans to go, and includes the Roxbury, a New England-style IPA that’s part of the brewery’s neighborhood series. Bring in (or order in) your own food, play a few games of shuffleboard, and kick back in the former piano factory. (Backlash Beer Co., 152 Hampden St., Boston; Tuesdays–Wednesdays from 2 p.m.–10 p.m., Thursdays–Saturdays from noon–11 p.m., Sundays from noon–8 p.m.; backlashbeer.com) 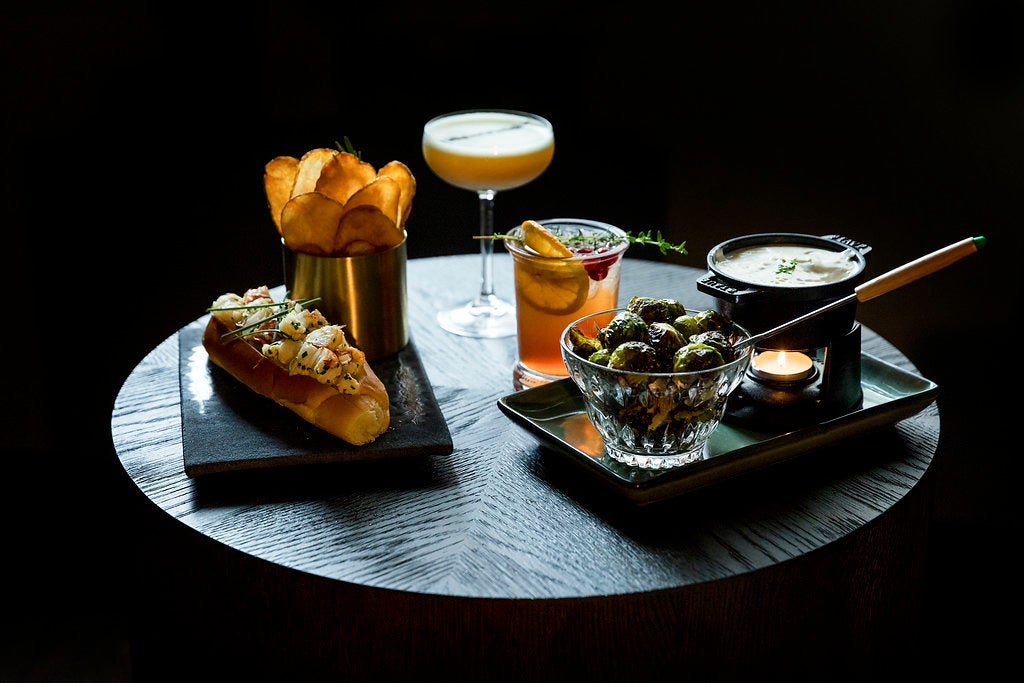 Bow Market
While this market opened its doors over the summer, vendors have come in waves with a particularly robust list of openings this fall. There’s Hooked Fish Shop, whipping up one of Boston’s best smoked fish bagel sandwiches; Hot Box, offering North Shore roast beef and South Shore pizza; and Rebel Rebel, the natural wine bar from industry vet Lauren Friel. The Somerville market’s official grand opening is on Nov. 3; we recommend creating your own Bow Market crawl and trying a little something from everyone. (Bow Market, 1 Bow Market Way, Somerville; times vary; bowmarketsomerville.com)

Dragon Pizza
This Somerville spot’s pizza got some serious praise from the Globe when it opened, and it’s no wonder: Chefs Charlie Redd and Keenan Langlois teamed up to create a menu with near-perfect pies. Try the Fall “Margherita,” a pizza decorated with pumpkin, mozzarella, and sage; or get your seafood fix with the clam, linguiça, and kale pie. (Dragon Pizza, 233 Elm St., Somerville; Mondays–Saturdays from 5 p.m.–midnight; deliciousand.co) 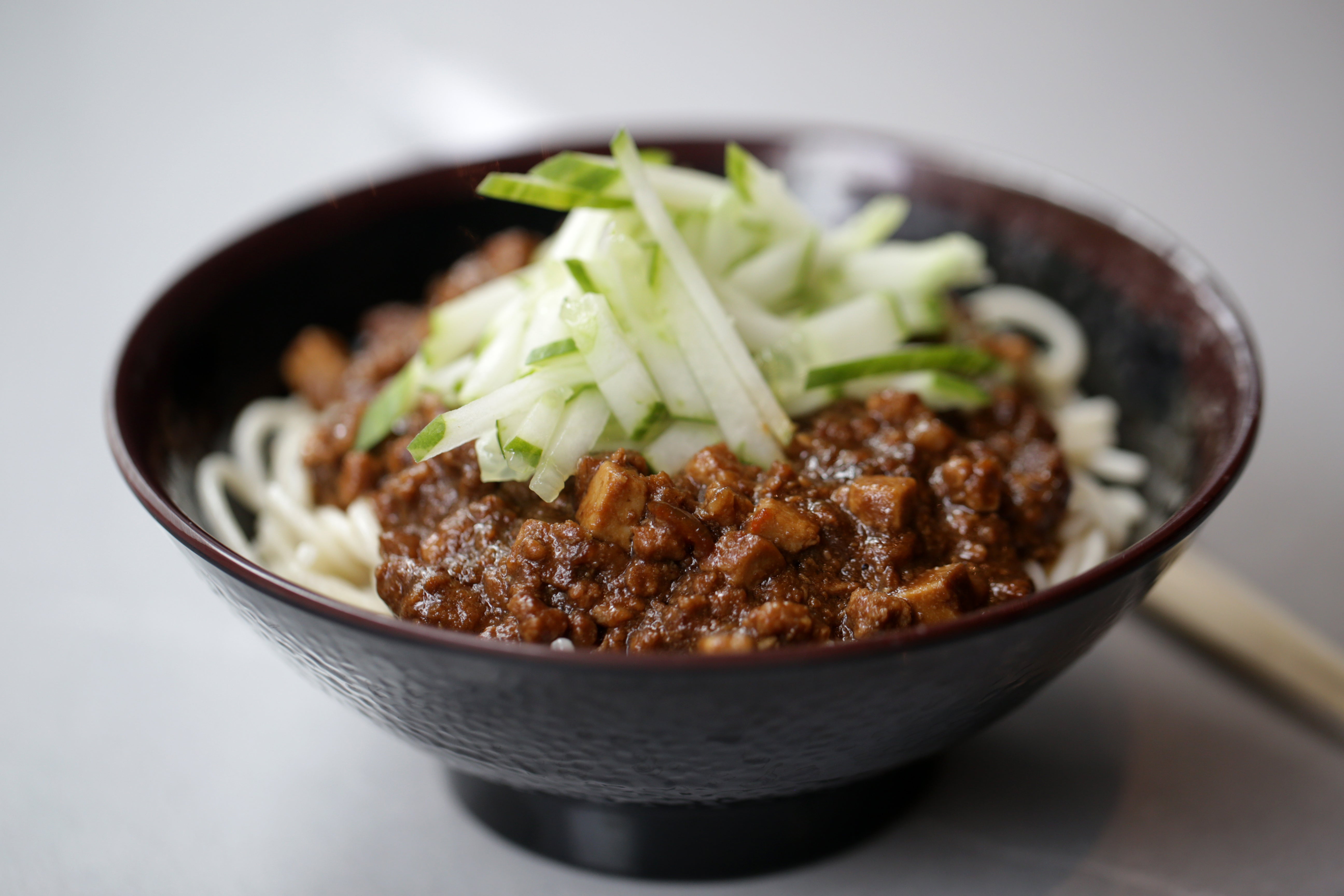 Mortadella Head
The team behind Boston Burger Co. opened Mortadella Head in Davis Square a few weeks ago, dishing out Roman-style pizza, sandwiches, and chicken wings. The pizzas, which are cut into hefty squares, range from Tropic Thunder to Cousin Vinny to Pig Mac, and you’d be wise to try a few. Along with Dragon Pizza, the addition has solidified Davis Square as a bona fide pizza destination. (20 College Ave., Somerville; Sundays–Thursdays from 11 a.m.–9 p.m., Fridays and Saturdays from 11 a.m.–11 p.m.; mortadellahead.com)

Rewild
It’s a vegan restaurant! It’s a beer hall! It’s…a little bit of both? Rewild challenged the idea of a traditional beer hall when it debuted on Oct. 6, swapping out pepperoni slices for marinated beets on pizza, and a meaty pulled pork sandwich for a soy barbecue variety. While it currently only serves beer on the weekends — a result of its temporary status in its current location — Rewild pays particular attention to South Shore breweries. (Rewild, 1546 Hancock St., Quincy; Mondays–Fridays from 8 a.m.–8 p.m., Saturdays and Sundays from 4 p.m.–midnight; eatrewild.com)

Saloniki
It may be the Greek restaurant’s third locale, but Saloniki’s new digs at the reopened Smith Campus Center in Harvard Square are worth a shout-out. The new Saloniki was named the flagship location and acts as a testing kitchen for new items like phyllo pies, though you can still get all the classic pitas, plates, and slouvaki. A full bar is also available. (Saloniki, 24 Dunster St., Cambridge; Mondays–Sundays from 11 a.m.–10 p.m.; salonikigreek.com)

Trillium Brewing Company restaurant and brewery
At long last, Trillium Fort Point’s restaurant and brewery opened in the Seaport, with plenty of fanfare. Three levels allow diners to determine what kind of experience they want from the place: You can chill with a beer on the relaxed, communal first floor; you can sit down for a more formal dinner on the second floor; or you can enjoy a pint with a breeze on the balcony. The pastrami sandwich is a solid move, to be washed down with any of Trillium’s signature beers. (Trillium Fort Point, 50 Thomson Place, Boston; Mondays–Sundays from 11 a.m.–11 p.m.; trilliumbrewing.com/fortpoint) 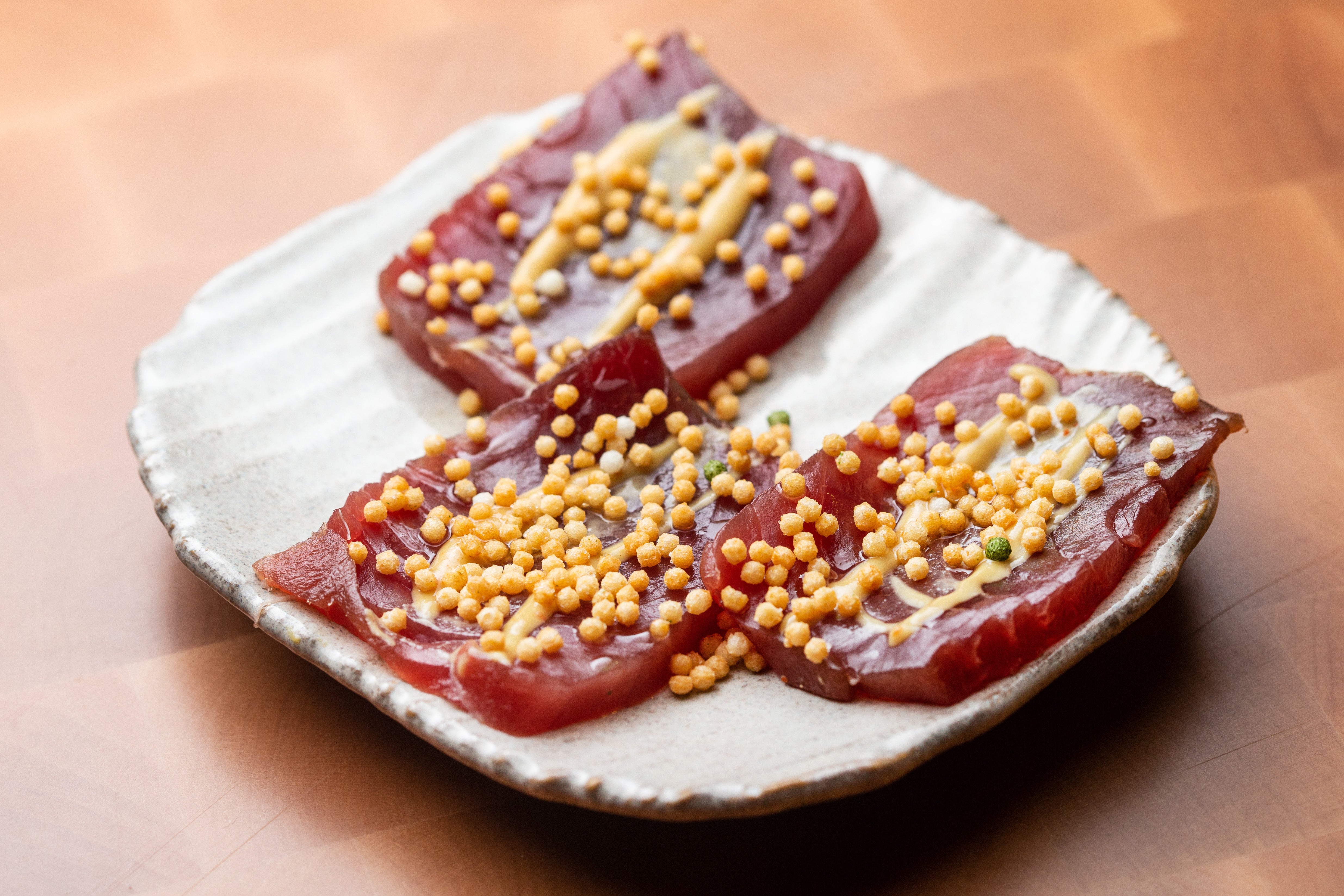 Bluefin tuna at Whaling in Oklahoma in Boston. 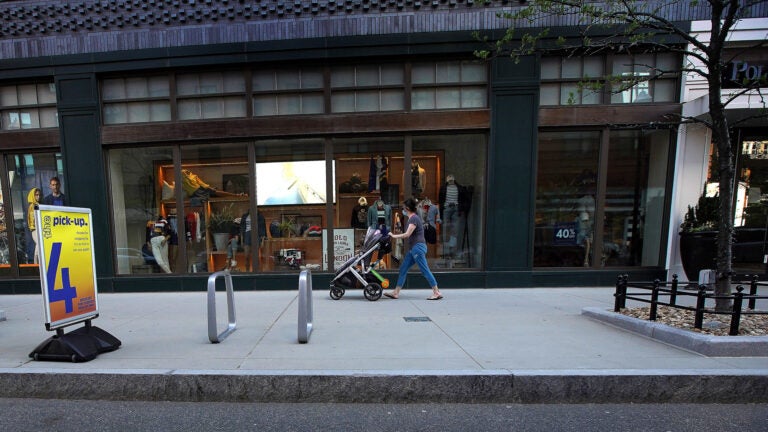