Right before Thanksgiving, Trillium Brewing Co. found itself in hot water sparked by an anonymous accusation.

On Tuesday evening, Beer Advocate lit up with a scathing post from an unnamed user who said that he or she is a former employee of the brewery. The comment, posted on an ongoing discussion thread titled “Trillium Brewing Company (November/December 2018),” accused Trillium and its founders, Esther Tetreault and JC Tetreault, of a number of grievances, most notably that “Trillium started paying $5/hr instead of $8/hr to new retail staff…after working for trillium for 3+ years, employees were (after interviewing for the jobs they already had) offered $3/hr less to work the exact same job across the street,” the user wrote.

The beer community quickly responded, posting questions, comments, and messages of dismay on the online forum and other social media. “I really hope this thread shines some light for the consumers to see what we’ve known as industry workers for some time now,” another Beer Advocate user wrote in response to the original post, while Instagram comments on a recent Trillium photo ranged from “Not buying from your brewery again. Hope others do the same or simply spend less” and “Super disappointed to hear about your business practices” to “Everyone is human and no one is perfect. None of the people involved are monsters. An employee is not satisfied and a business is learning how to expand and change.”

“We made a mistake,” JC told the Boston Globe on Wednesday. “To have people not feel valued, that makes me feel terrible. … I’m pretty heartbroken as to how we got to this point.”

Trillium did not respond to Boston.com’s request for comment, but JC offered an in-depth response online, outlining his company’s labor practices in a post on the Trillium Brewing Fans Facebook group:

“When Esther and I started Trillium back in 2013 we were open a few days a week for 4-5 hours each day, and paid our retail staff $8 an hour without tips. As our business grew customers began to ask for a way to tip with a credit card, so we made it happen. When we opened The Trillium Garden two years ago, we adjusted the starting hourly rate to be $5 an hour, to keep above server minimum wage. This year when planning to staff our newest location, we made the mistake of resetting all retail employees hourly wage to $5 an hour instead of leaving the tenured folks where they were. Everyone that worked at Congress St and The Garden was offered a job at our new location with the opportunity to apply for new roles at Fort Point including management, bartenders, servers, hosts, etc. We’ve talked to our team several times over the years about the “tipped v. non-tipped” service model. Every time they overwhelmingly want to keep things the way they are now. Every business has to choose the approach that feels best for them and their teams. For us, this allows us to offer greater staffing levels to keep wait times to a minimum, balances the workload for our team, and gives customers the option to tip which is why we started in the first place. Additionally, we offer full time employees health and dental insurance, 401k with company match, and all employees get an annual cash bonus, free beer, and annual matching for charitable donations of their choice.”

In Massachusetts, the minimum wage for tipped workers is $3.75 an hour. A current employee, however, told the Globe that many customers are unlikely to tip at the retail counter.

In his post, JC also responded to other criticisms initially raised by the BeerAdvocate user, especially focusing on issues of quality. In response to an allegation that Trillium fills growlers with beer from trub kegs — trub being a hop, yeast, and protein byproduct — JC wrote that Trillium works to maintain high quality standards:

“Since we don’t filter our beer, it’s normal to have some kegs at the end of a packaging run with a small amount of trub from the bottom of the tank (settled out hops, yeast, malt proteins). We give these time to allow the kegs to settle and pour out the trub until the beer is pouring properly. Our lab, QC team, and retail teams monitor to ensure that the quality meets the standard of the rest of the main batch and if it doesn’t it gets dumped. It would be wasteful to throw good beer out.”

JC told the Globe he would meet with the affected employees next week.

Trillium has locations in Fort Point and Canton, a seasonal beer garden on the Greenway, and its new restaurant and brewery, Trillium Fort Point, opened in October. 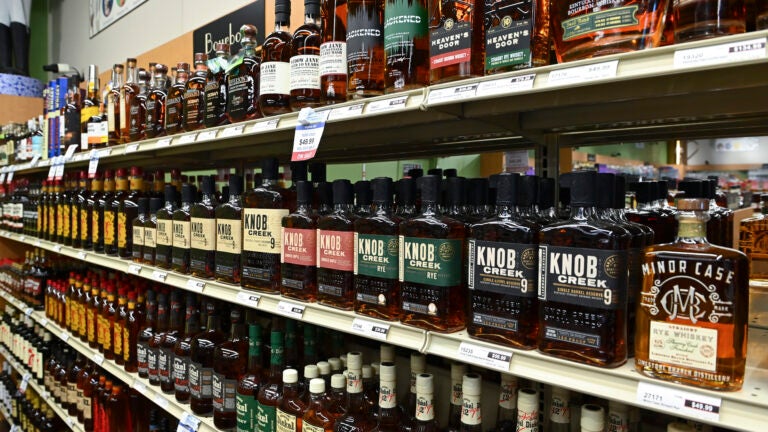