Last year may have seen a slew of high-profile restaurant closures, but with a new year comes brand-new restaurants. The latest: The Westland, which will officially open its doors at 4 p.m. on Wednesday, bringing comfort food classics and an impressive whiskey selection to the Symphony Hall neighborhood.

Bacon is equally as excited for the drink list, curated by bar manager Julia Buccieri. House-made ingredients like rosemary tincture and prickly pear cordial feature in a handful of craft cocktails, while an extensive whiskey menu is poised to make The Westland a whiskey destination. Pappy Van Winkle is on hand for those who want an elevated drinking experience, along with other faithful standbys like Woodford Reserve, Whistle Pig, and High West. Beer and wine are also available.

After securing The Westland’s space and liquor license in 2012, Bacon put plans for the restaurant on hold, focusing his efforts on other restaurants in the Red Paint Hospitality Group instead — namely the Shanghai Social Club, which is now Hopewell Bar & Kitchen in Allston. (Red Paint also runs The Last Drop, Harry’s Bar and Grill, White Horse Tavern, The Avenue, and Corner Tavern.) This year, the licensing board told Bacon he had to use it or lose it.

“They more or less told me that they would revoke my license [if The Westland didn’t open],” Bacon said. “But it’s here, and it’s great.”

There are more developments to come: The 124-seat restaurant has a basement, which will eventually serve as an additional bar and dining area. Brunch will be offered on weekends in the near future, as will lunch during the week. Bacon also said a late-night menu is forthcoming.

For now, though, diners can settle in with a glass of brown liquor and a plate of oysters — and maybe meet a new neighbor or two.

Check out the food and drink menus below, along with the whiskey list. 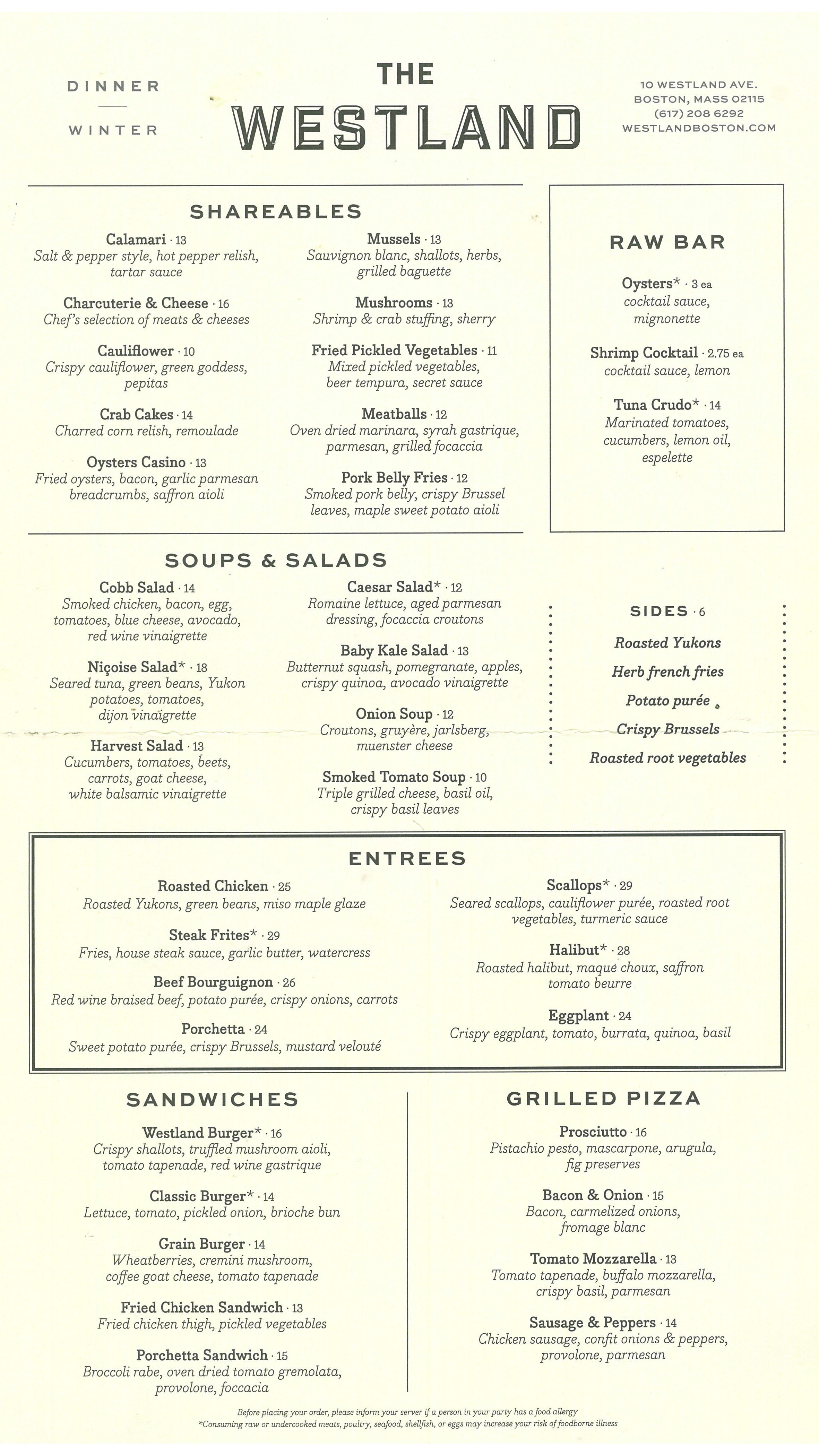 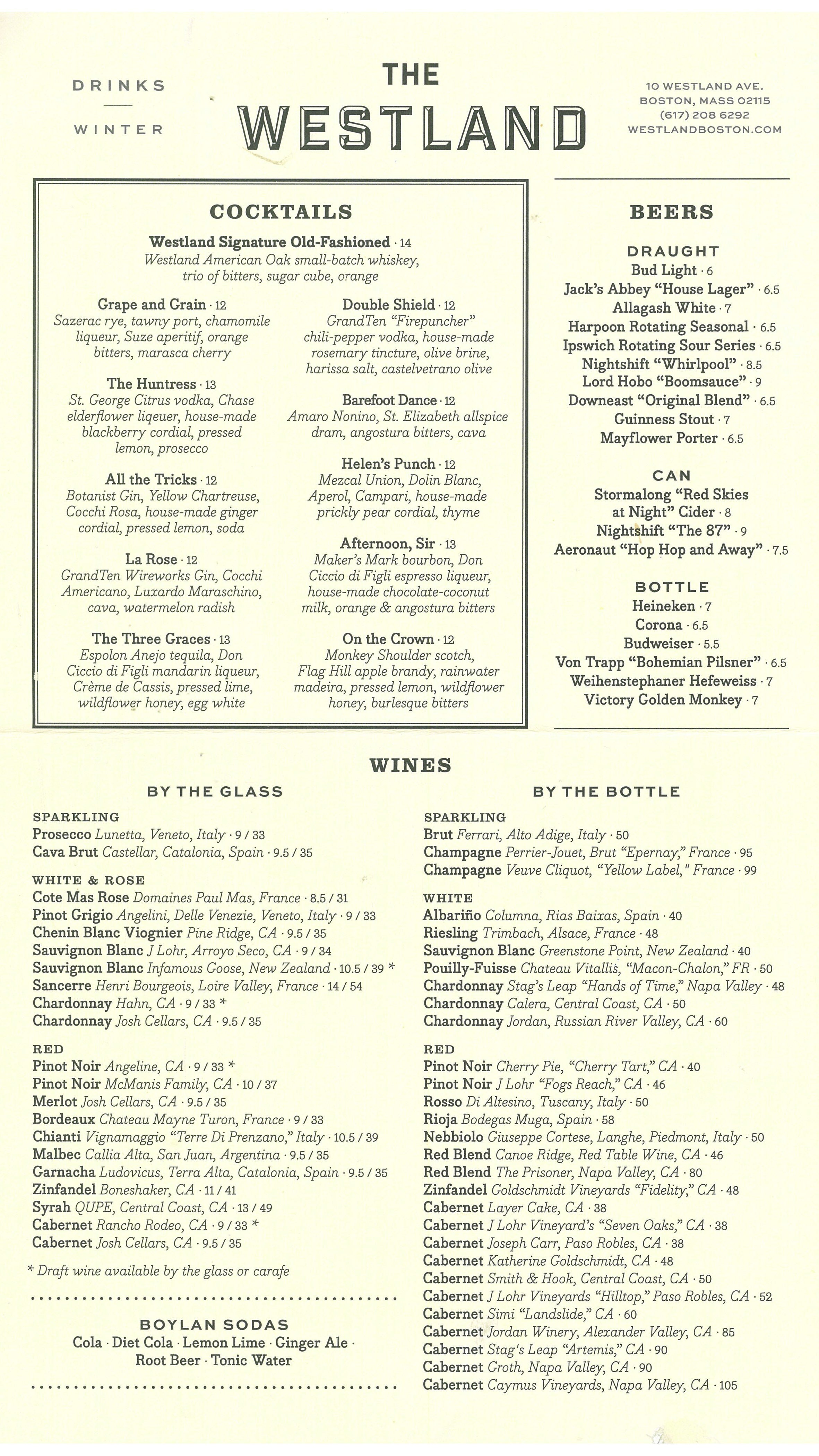 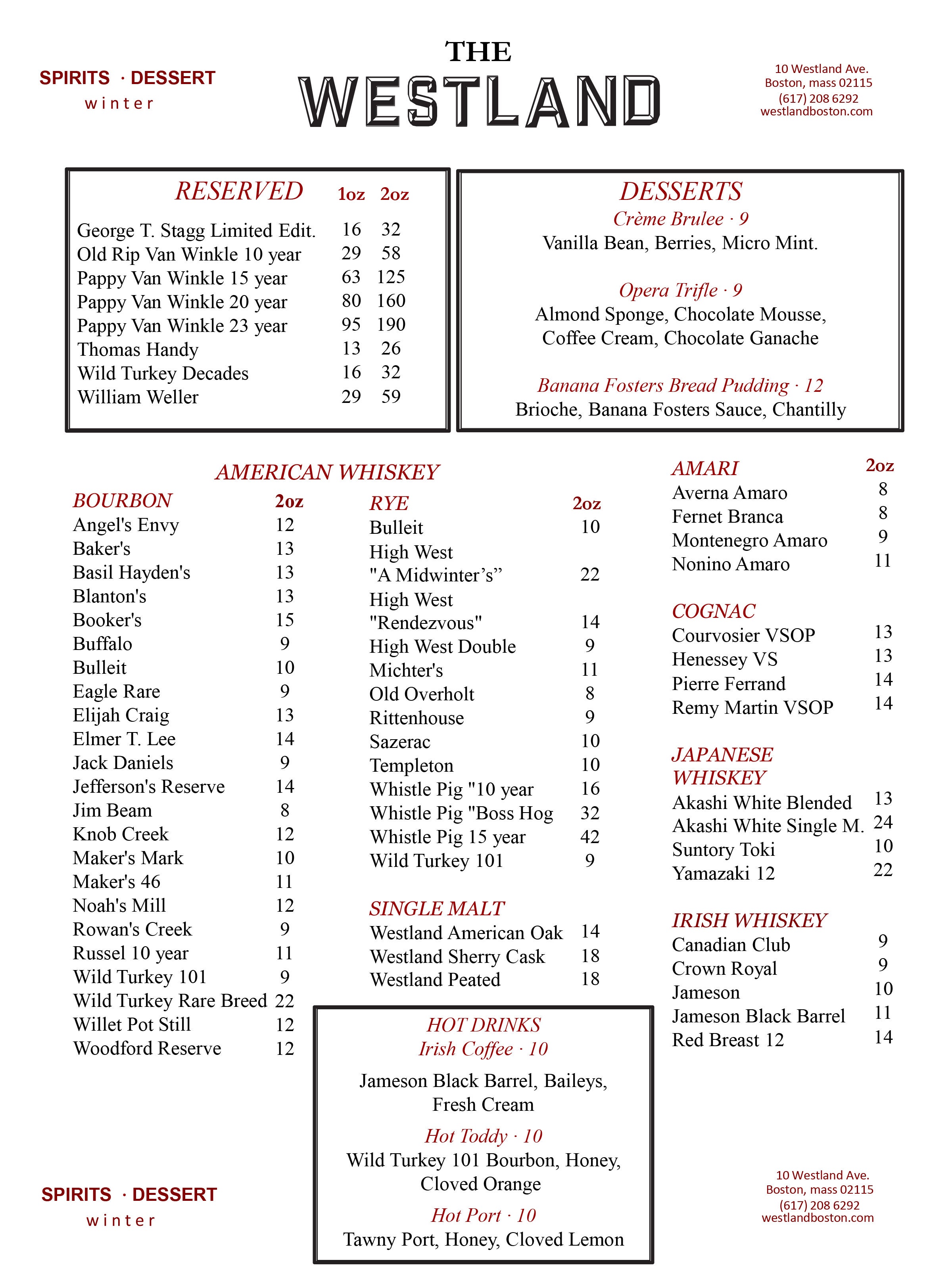 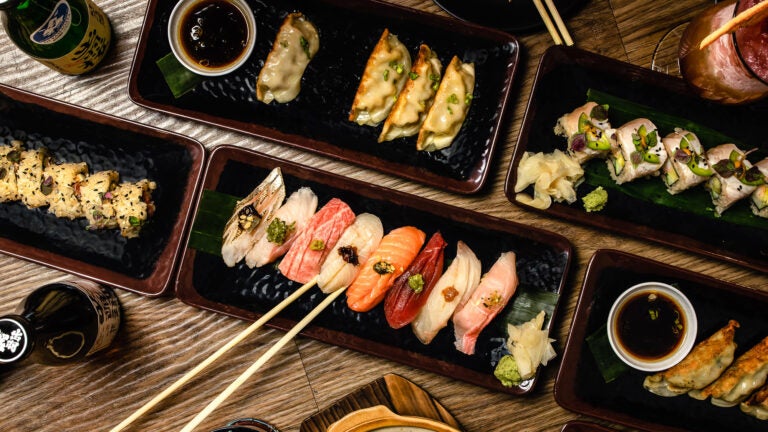 The Dish: South End sushi, breakfast tacos, and the return of Fuku