If it seems difficult to find restaurants in Boston that allow you to bring your own booze (BYOB), it’s because until 2017, there just weren’t any. Two years ago, the city of Boston finally allowed restaurants in select neighborhoods to purchase a BYOB license, with a few caveats (namely, only beer and wine could be brought in — no spirits allowed). While only a handful of establishments have chosen to go the BYOB route instead of purchasing a full liquor license, these 10 restaurants in and around the Boston area are letting their guests take their beverage options into their own hands — often without a pesky corkage fee.

1. Cafe Mangal
Open for almost 20 years, Cafe Mangal in Wellesley serves a melting pot of Mediterranean cuisine, though its dishes are largely influenced by Turkey. The lunch menu largely offers sandwiches, while dinner includes flavorful lamb with Medjool dates, Turkish kebab with yogurt, and Mediterranean-style duck breast. Bring a bottle of wine or beer to enjoy in Mangal’s charming dining room, where a narrow hallway is filled with dozens of framed photos and white tablecloths. (555 Washington St., Wellesley)
Corkage fee: $7 per bottle

2. Cafe Rossetti’s
At Cafe Rossetti’s, comfort food arrives in the form of chicken romano, linguini with mussels, and shrimp alfredo with broccoli. The cozy Italian restaurant in Winthrop is located just steps from the shore — take that view up a notch with a bottle of Peroni or a classic Italian wine to enjoy with decadent mushroom ravioli. (115 Winthrop Shore Drive, Winthrop)
Corkage fee: None 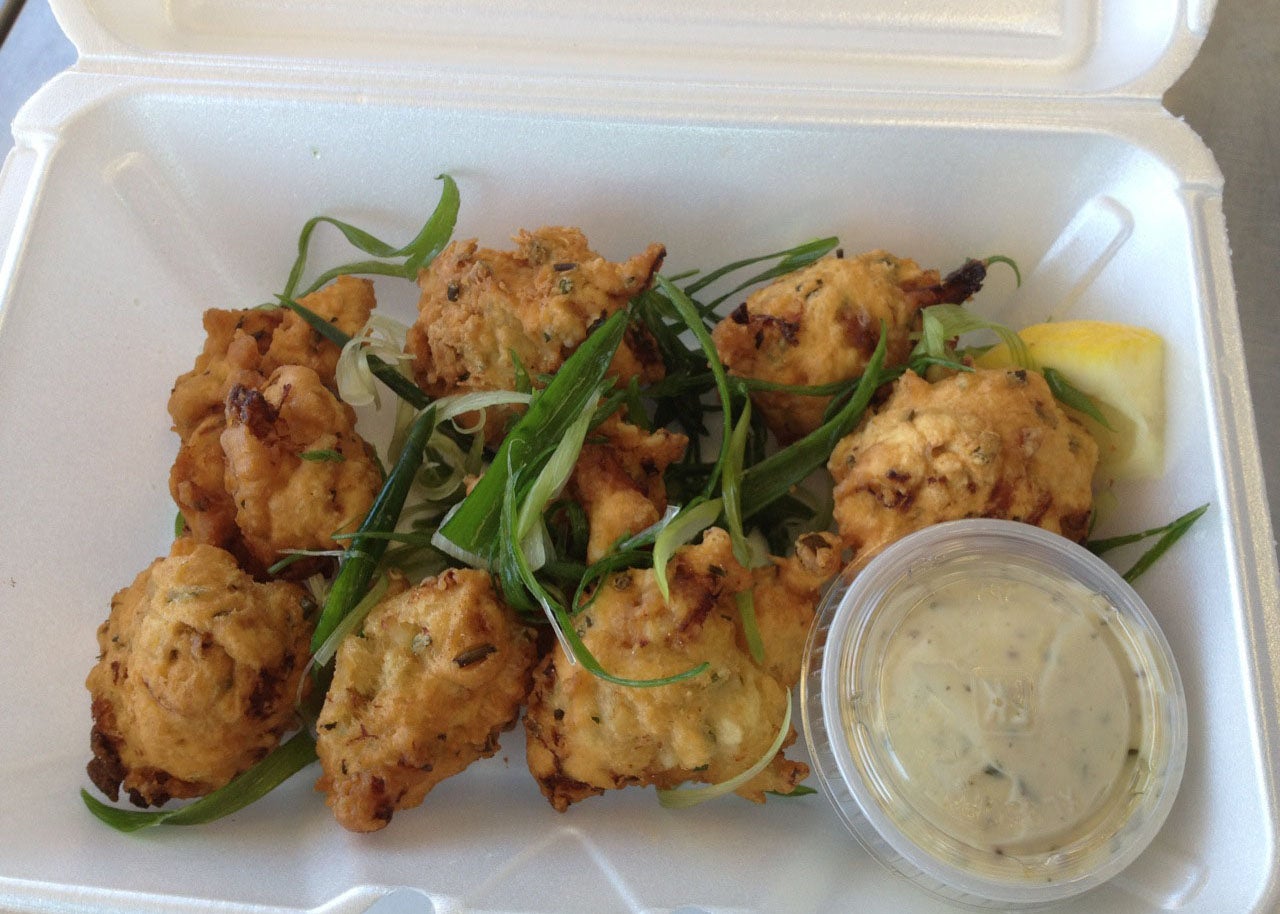 A serving of clam fritters from the food truck.

4. Dok Bua Thai Kitchen
Brookline is awash with Thai restaurants, but Dok Bua Thai Kitchen has a leg up: The restaurant allows diners to bring their own beer and wine, free of charge. Uncork your beverage to pair with Dok Bua’s classics, like pad Thai, Tom Ka chicken soup, and a bevy of curries. (411 Harvard St., Brookline)
Corkage fee: None

5. D’Parma
While D’Parma has three locations — Winthrop, East Boston, and Revere — diners are only allowed to bring beer and wine to the Winthrop outpost. The Italian restaurant has plenty of dishes that almost demand a great bottle of wine, like a chicken piccata with lemon, capers, and white wine sauce; or ziti with meatballs in alfredo sauce. Twinkling lights suspended from the ceiling above add a playful vibe to the space, whether you’re here for a much-needed date night or a family meal. (467 Shirley St., Winthrop)
Corkage fee: None 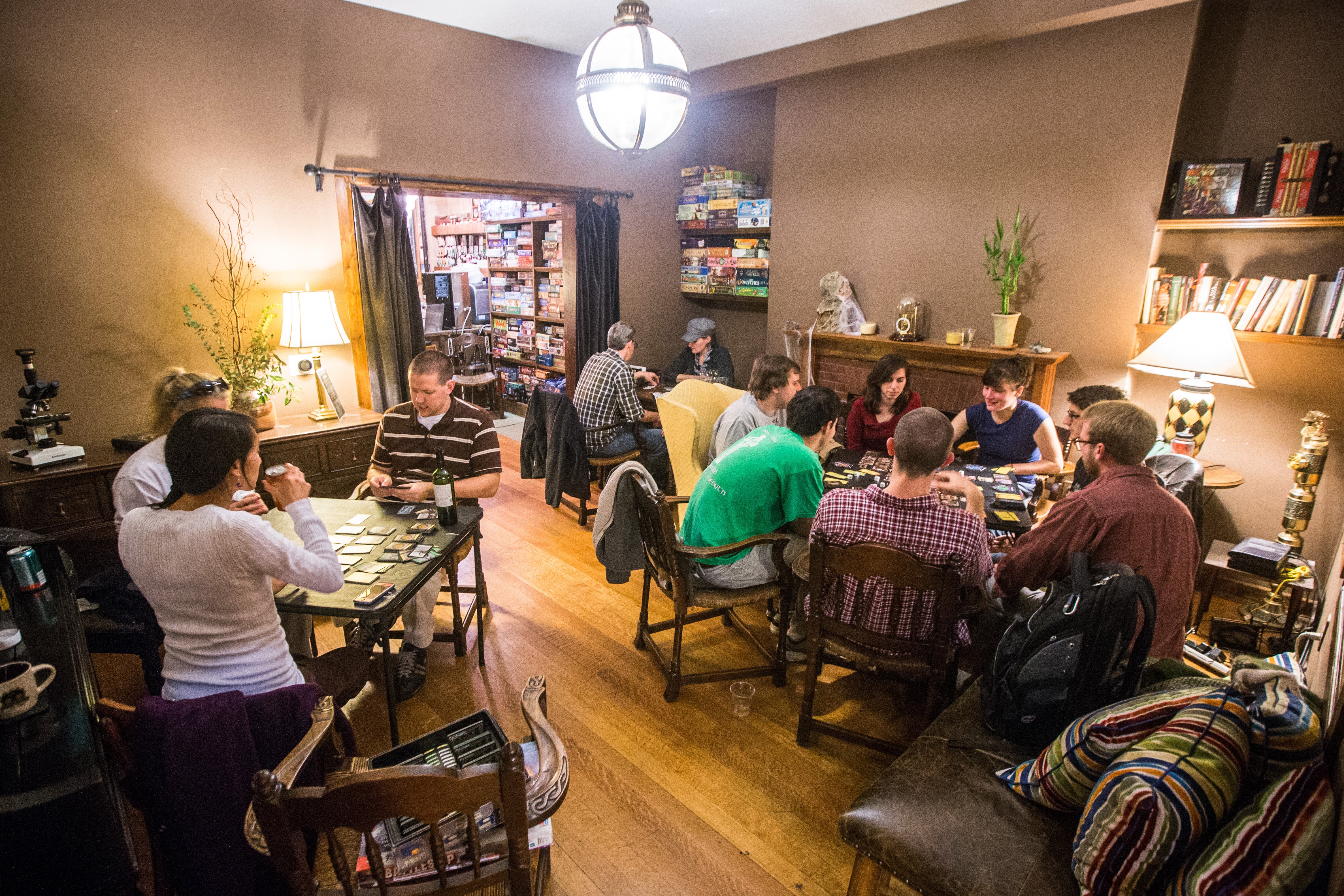 Patrons play card-based games and board games at Knight Moves in Brookline.

6. Knight Moves
Gather your gamer buds and a six-pack and make your way to Knight Moves, a board game cafe in Brookline with coffee, snacks, and an impressive variety of games. Settlers of Catan, Ticket to Ride, and Dominion are all part of the cafe’s catalogue, all of which you can play while sipping on beer or wine that you’ve carted in. (Note: The Somerville location does not have a BYOB policy.) (1402 Beacon St., Brookline)
Corkage fee: $5 per person

7. Rifrullo Cafe
James Beard Award winner Colleen Suhanosky is at the helm of Rifrullo, a Brookline cafe open for breakfast and lunch. That means day drinking is the move here — bring in beer to accompany your Italian tuna sandwich or lamb burger, or even a bottle of bubbly to enjoy with the restaurant’s all-day brunch served on the weekends. Sparkling wine with huevos rancheros? We’re in. (147 Cypress St., Brookline)
Corkage fee: None

8. Sam’s Kitchen
Chef and owner Samuel Azevedo delivers Italian favorites at this small, unassuming restaurant off Main St. in Woburn. At Sam’s Kitchen, diners will find balls of arancini packed with risotto, as well as decadent lobster ravioli, veal marsala, and eggplant parm. In addition to the bottle of wine (or two) that you should definitely bring, the classic tiramisu is a must at Sam’s. (37 Main St., Woburn)
Corkage fee: None The bouillabaisse with swordfish, octopus, clams, and head-on shrimp served with potatoes in a saffron broth served at Sweet Basil.

9. Sweet Basil
Sweet Basil in Needham might give off the air of a classic Italian restaurant, but the menu tips its hat to global influences. There’s bolognese and shrimp scampi, calamari and handmade ravioli, but there are also a few surprises, like the shrimp and pork shizi tou and the bouillabaisse — a storied French dish — with swordfish. So bring a Chinese beer or a French wine or something else entirely. It’ll be right at home here. (942 Great Plain Ave., Needham)
Corkage fee: $5 per bottle

10. Trattoria Nina
Located in Arlington outside of a central business district, Trattoria Nina is a blink-and-you’ll-miss it Italian joint serving pastas, meat entrees, and a catch of the day, along with vegetable sides that are just as enticing as spaghetti bolognese (think: roasted carrots with honey and balsamic vinegar). While the trattoria serves beer and wine, they also allow you to bring in your own bottle of wine (no beer) — though at $20 to uncork, you’d be wise to choose a bottle worth the fee. (1510 Massachusetts Ave., Arlington)
Corkage fee: $20 per bottle 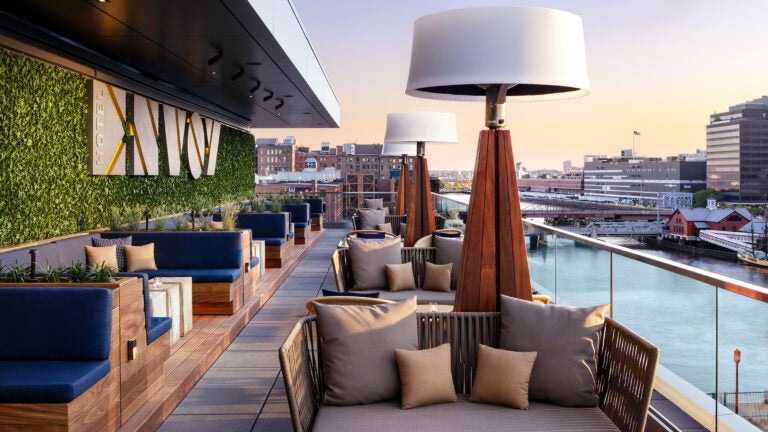 A guide to the top Boston rooftop bars and restaurants