A troubled Boston-based pizza chain revealed that it has gone through yet another round of losses.

Papa Gino’s posted a Facebook message on Sunday announcing that it closed seven additional locations throughout New England, including six in Massachusetts and one in New Hampshire. The closures come after PGHC Holdings, Inc., the former parent company of Papa Gino’s and D’Angelo Grilled Sandwiches, shuttered roughly 95 locations between the two chains in November. PGHC Holdings, Inc. also filed for Chapter 11 bankruptcy protection in November, and sold the company to Wynnchurch Capital portfolio company, a private equity investment firm.

To our fellow New England Neighbors and Guests,

For the past few months there have been many changes taking place with Papa Gino’s, all with the intention of strengthening this great and beloved brand for years to come.

Along the way we’ve needed to make some very tough decisions. Today we announce the closing of 7 Papa Gino’s restaurants. We do not anticipate any additional closings. We are doing everything we can to take care of the managers and team members at these locations, including transfers to other Papa Gino’s locations or placement assistance to help them find new jobs. We want to hold onto as many of our people as we can and help the rest of them quickly land on their feet.

The statement continues, “Fortunately, there are far more positive changes on the way. Papa Gino’s is now part of a newly formed company called New England Authentic Eats. We have seen the love and loyalty New Englanders have for this brand and it is the mission of our new company to position Papa Gino’s for future growth and invest significantly in that future, with a focus on delivering an excellent experience and fan-favorite foods for our guests.”

The Facebook message was signed by Bill Van Epps, CEO of New England Authentic Eats, which is the new parent company of Papa Gino’s and D’Angelo Grilled Sandwiches. Van Epps started his role in early February, after previously working as an executive at Papa John’s. According to The Boston Globe, Van Epps has big plans for the franchises, which include modernizing the look of each location, bringing beer and wine back to Papa Gino’s, testing new menu items, and expanding into higher traffic areas. 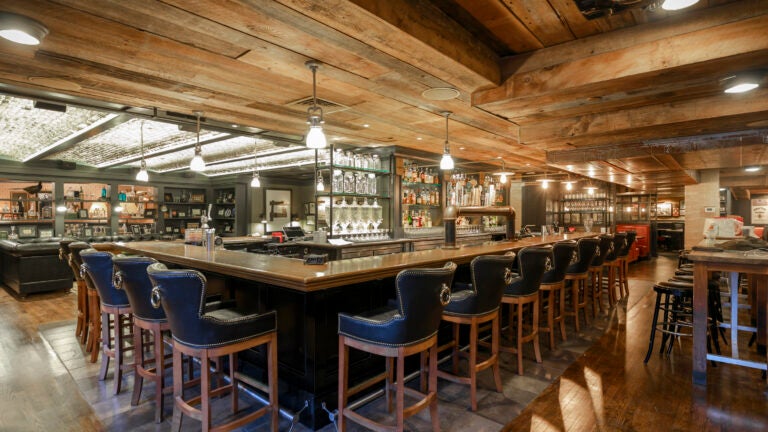