Gone are the days of regularly enjoying a solid in-flight meal — now you’re lucky if you can score a bag of Terra Chips or Biscoff cookies.

Fortunately, there are plenty of options for fueling up at the airport. Here are our picks for coffee shops, fast-casual options, sit-down restaurants, and bars at each terminal at Logan Airport.

Coffee shop: There are three Dunkin’ vendors in Terminal A; hit up the quintessential Boston coffee and doughnut stalwart before you jet off to a place that — gasp — may be Dunkin’-less.
Fast-casual: At Currito, customize your own burritos and bowls before stopping by the smoothie station for something sweet.
Sit-down: Legal Test Kitchen is an experimental arm of Legal Sea Foods, though you’ll find classics here, too, like the signature crab cake and baked Boston cod.
Drink: If beer isn’t your drink of choice before or after a flight, consider ordering a glass or two at Vino Volo, an airport wine bar chain that offers an impressive wine selection along with food.

Coffee shop: For those who are willing to forego Dunkin’, Peet’s Coffee has excellent brewed coffee and tea options.
Fast-casual: Kelly’s Roast Beef is a regional chain with a loyal following dedicated to its roast beef sandwiches and lobster rolls.
Sit-down: James Beard Award-winner Jody Adams brings her globally inspired restaurant, Trade, to the airport, where diners can indulge in dishes like shrimp risotto, steamed lamb dumplings, and a selection of flatbreads.
Drink: Fans of tequila and mezcal should hit up Temazcal Tequila Cantina, a modern Mexican restaurant with top-notch margaritas. Grab a few tacos while you’re at it.

Coffee shop: Need a cup of coffee? Consider it a sign that there are more Dunkin’s in Terminal C (five, plus a Dunkin’ Express!) than in any other terminal.
Fast-casual: For a grab-and-go meal to take on the plane, Potbelly Sandwich Shop is a great option in Terminal C. Its hot and cold sandwiches range from meatball subs to tuna salad.
Sit-down: A second outpost of Shojo, Chinatown’s irreverent Asian restaurant, serves bacon, egg, and cheese bao and all-day congee options in Terminal C.
Drink: At Boston Beer Works, you’ll find a lengthy list of trademark, seasonal, and rotating beers on tap, along with a commendable number of wine options.

Coffee shop: Two Dunkin’ vendors are available in this terminal. Take your pick, and grab a doughnut for the flight.
Fast-casual: Rotating guest chefs contribute to the menu at Dine Boston Cafe (there is also a more upscale Dine Boston Restaurant), which makes quick-service and pub food such as pizzas, salads, sandwiches, and more.
Sit-down: Durgin-Park may have closed its famed Faneuil Hall location, but its baked beans and Boston cream pie live on in Terminal E.
Drink: Bar options within this terminal are scarce, but Vineyard Grille has a solid beer, wine, and cocktail list. Try a few beer options with a flight before your flight, or opt for a refreshing margarita. 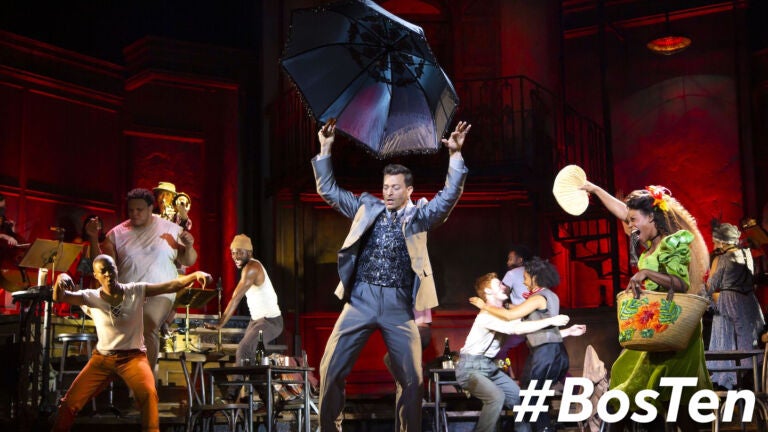