Summer food festivals are the stuff of poetry: Cracking open a crab claw by a pier, food truck hopping on a lawn as the sun goes down, washing down bites from the city’s best chefs with a glass of chilled rosé. Throughout the season, food-centric festivals featuring fresh seafood, fermented foods, and lip-smacking ribs pop up around Boston and beyond. Here are some standout events to work into your summer schedule.

This list will be updated as more summer food festivals are announced in 2019. 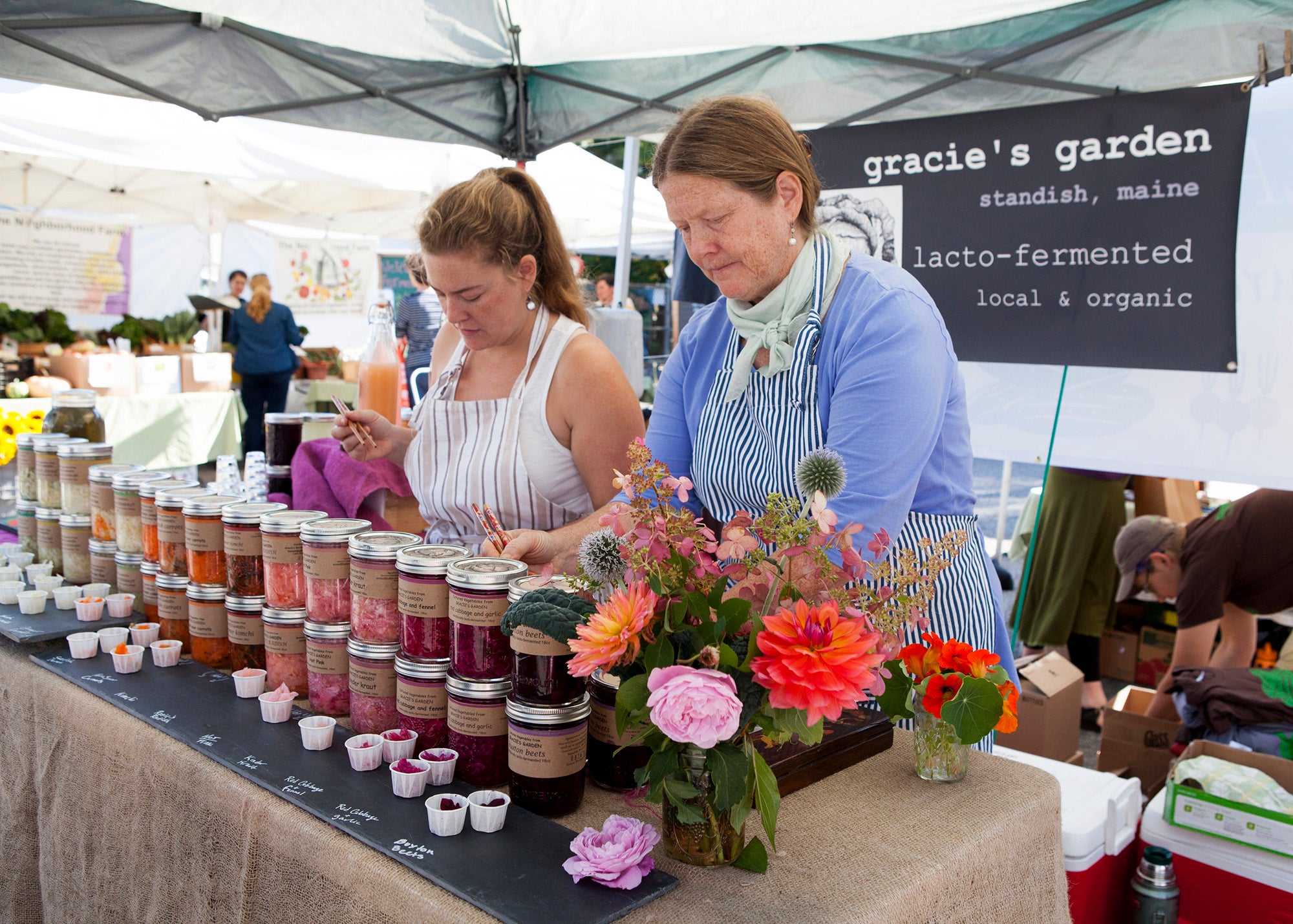 Fort Point Festival
However you may feel about the rapid rise of the Seaport District, Fort Point knows how to throw a party. The annual festival returns with an all-day celebration featuring a beer garden, an artists village, and live music, as well as The Taste of Fort Point, a separately ticketed event that will showcase bites from 15 neighborhood restaurants (Oak + Rowan, Pastoral, Row 34, and more). Come hungry. (Sunday, Aug. 18; 25 Channel Center St., Boston)

Boston Fermentation Festival
Looking for a festival that leans on the funkier side? Head to the annual Boston Fermentation Festival at the Boston Public Market. Farmers, authors, and food historians will speak about the science, process, and popularity of fermentation, while samples of pickles, kimchi, and kombucha will be available for tasting. Be sure to stop by the sauerkraut-making station where you can whip up your own batch of the sour stuff. (Sunday, Aug. 18; Boston Public Market, 100 Hanover St., Boston)

The Great Boston Rib Fest
It’s about to get messy: Dorchester Brewing will transform its taproom into a rib destination on August 25, when restaurants from Dorchester and beyond (the lineup includes M&M BBQ, 50Kitchen, and Sarcastic Swine) will offer ribs for $2 each until they run out. Pair your haul with cornbread from The Corny Bread Company — and, of course, some of the brewery’s fantastic brews. (Sunday, Aug. 25; Dorchester Brewing Company, 1250 Massachusetts Ave., Boston) 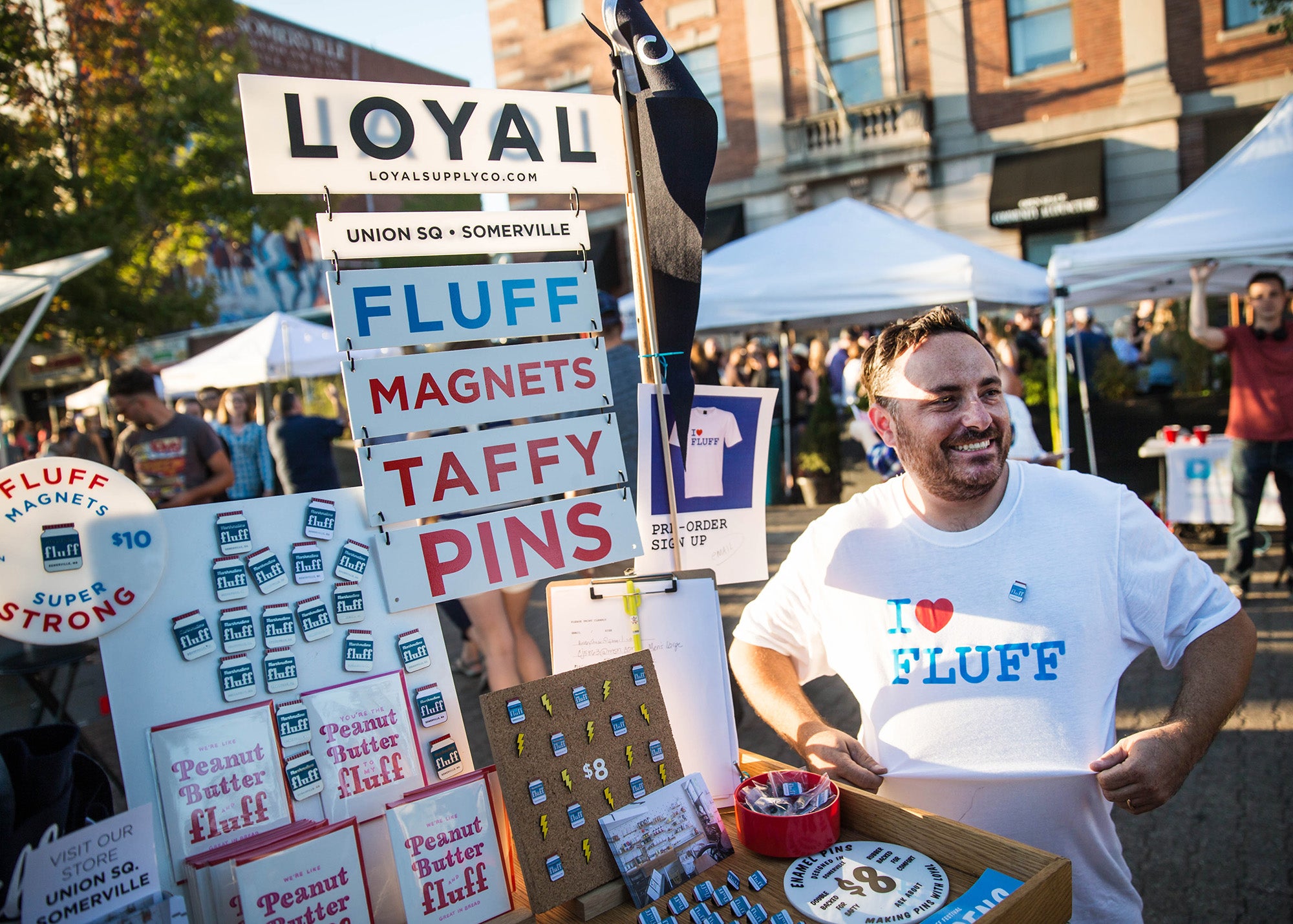 Boston Local Food Festival
It’s the 10 year anniversary of the Boston Local Food Festival, a free, outdoor event celebrating local farmers, restaurants, food trucks, and producers that are all dedicated to healthy, sustainable fare. Past vendors have included Big Rock Oyster Co., The Baklava Project, and Ackermann Maple Farm, though the 2019 lineup is still in the works. While you’re roaming around the Greenway, take advantage of chef throwdowns, a seafood competition, and a family fun zone. (Sunday, Sept. 15; The Rose Kennedy Greenway, 191 W Atlantic Ave., Boston)

What the Fluff? Festival
What better way to celebrate the 102nd anniversary of Fluff — the marshmallow creme spread invented by Somerville resident Archibald Query — than with an entire festival dedicated to the stuff? This year’s iteration of What the Fluff? is driven by the theme “Fluff Travels: All Roads Lead to Fluff,” which aims to celebrate Somerville’s diverse community. A schedule and vendors for the 2019 are still pending, but you can expect a costume contest, marshmallow tosses, live music, and lots — we mean lots — of Fluff. (Saturday, Sept. 21; Union Square, Somerville)

Newport Mansions Wine & Food Festival
A road trip is in order for this wine and food festival sponsored by Food & Wine magazine, but it’s well worth the trip. The four day fête will feature hundreds of wines, celebrity chefs, dinners, parties, and seminars, plus incredible food from local, regional, and national chefs. The Newport Mansions — and, in particular, the Marble House and its lawn — will serve as a stunning backdrop for this food bonanza. (Thursday, Sept. 19 to Sunday, Sept. 22; Marble House, 596 Bellevue Ave., Newport, Rhode Island; 21+)