On September 13, The Big E — one of the largest state fairs in the country — returns to West Springfield for 17 days of wholesome delight. The fair is an end-of-summer tradition that sees thousands of attendees come together to watch livestock shows, ride roller coasters, stroll along the Avenue of States, and eat all the fried food their hearts can handle.

About that food: Every year, Oreos, jelly beans, butter, and hot dogs are given the deep-fried treatment, while rows of vendors and state houses sell cheese curds, turducken sandwiches, grilled cheeses, barbecue, and more. This year’s fair brings a slew of new (often fried) food making its 2019 debut — here are some of the recently announced items: 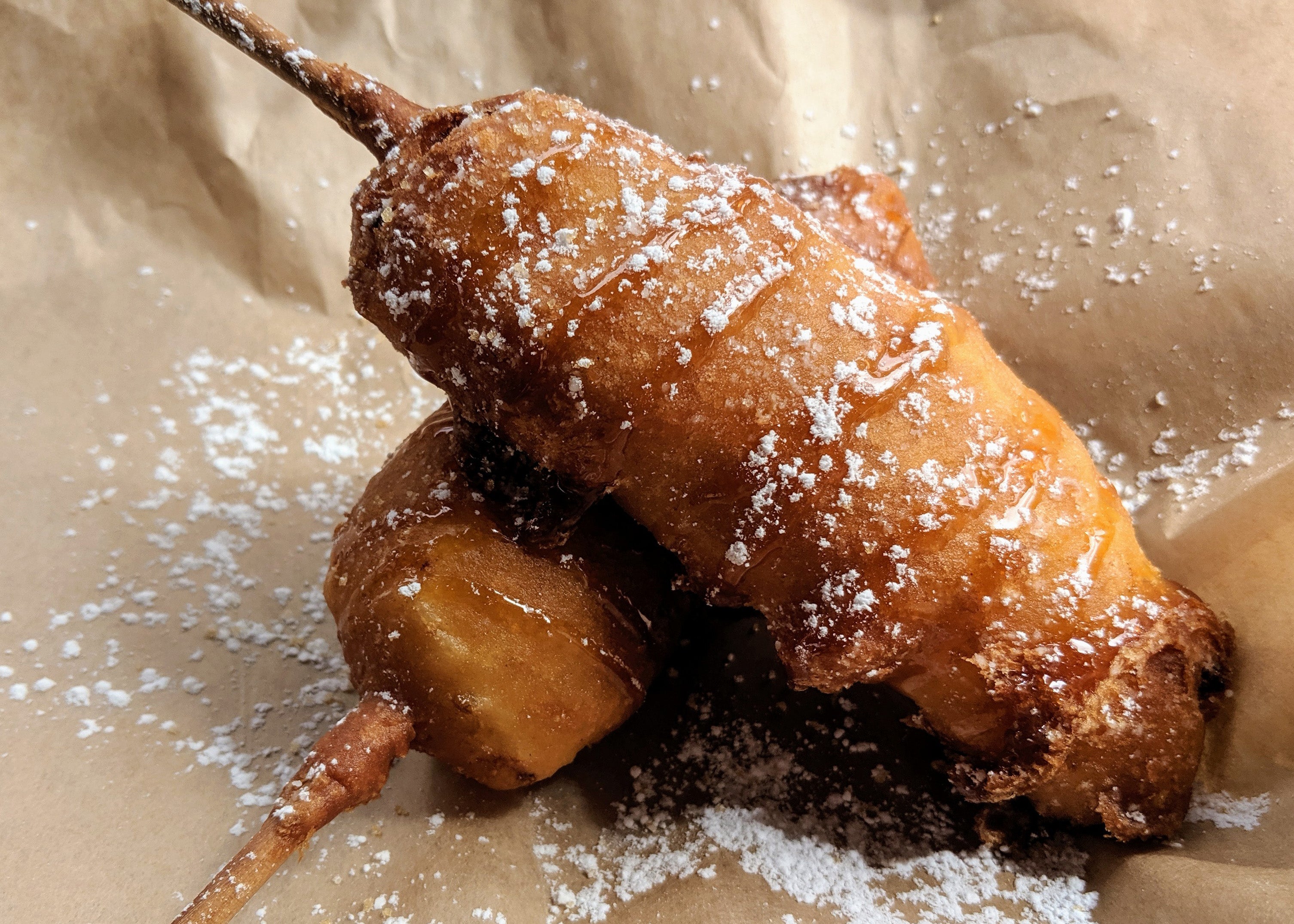 Deep fried pineapple upside down cake on a stick

The fair introduced its signature Big E Cream Puffs in 2002, but this year is the first time attendees will be able to get them topped with chocolate ganache. Moolicious is back with new chocolate chip ice cream sandwiches, while Stella’s Milk & Cookies will be pouring gourmet flavored frozen or hot chocolate. Of course, it wouldn’t be a true fair dessert if it wasn’t on a stick, so The Coffee Break will give the people what they want with a deep fried pineapple upside down cake on a stick. Those looking for straight-up chocolate can find new artisan chocolates from The Chocolate Moonshine Company. The Barbecue Split from Porky’s BBQ.

Because ranch dip is a necessity at fairs, Chompers will have a chicken, bacon, and cheese chomper (similar to arancini) with a Buffalo ranch dipping sauce. Porky’s BBQ will introduce a new heavy hitter: the Barbecue Split, with mashed potato, pulled pork, and beef brisket topped with two St. Louis ribs, cherry tomatoes, and barbecue sauce.

Vegetables…and so much cheese 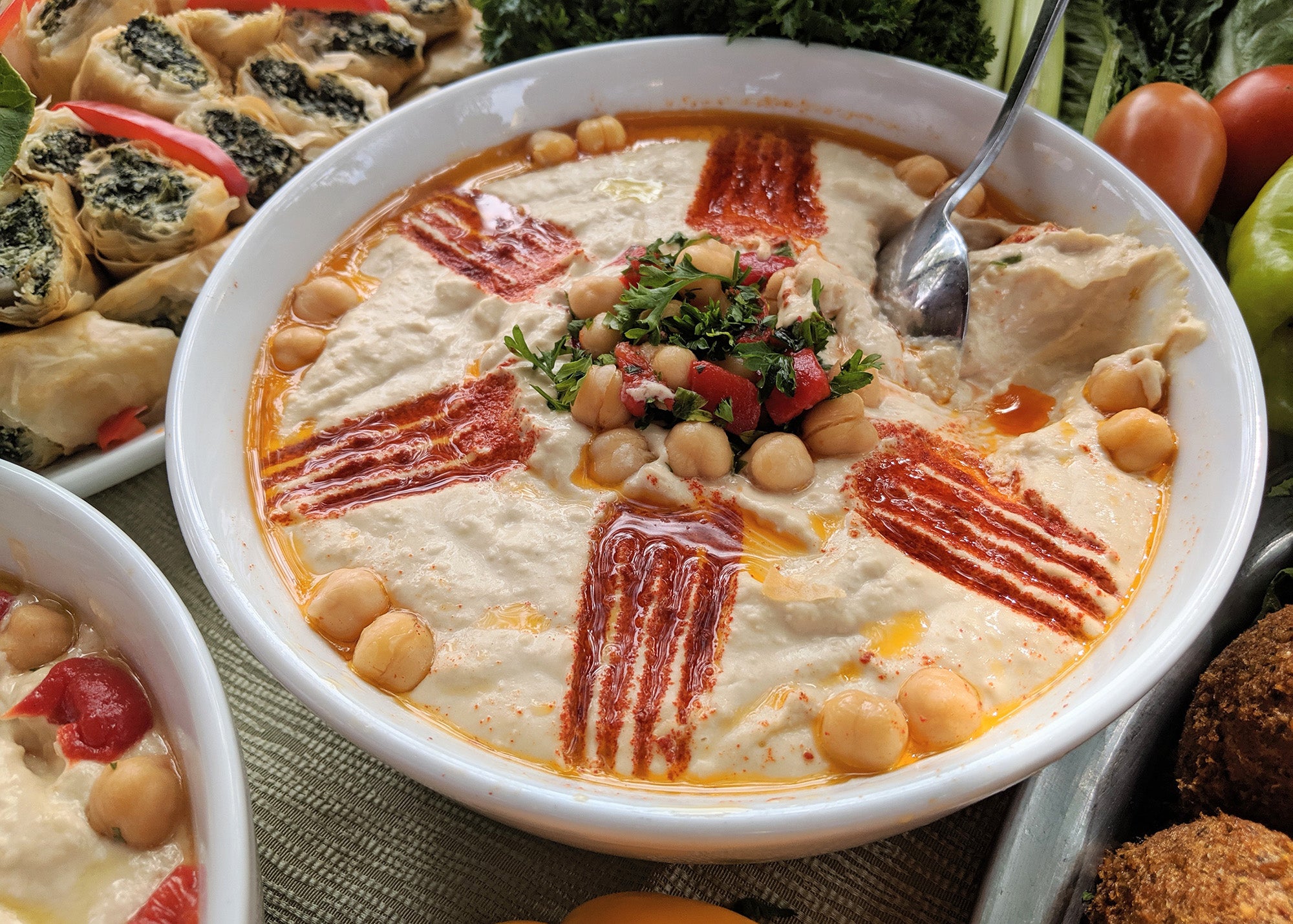 Hummus from Noujaim’s Mediterranean Foods at The Big.

A state fair might not be the first place you think of ordering Brussels sprouts — but if they’re fried, why not? EB’s Restaurant will start selling fried Brussels sprouts within the fair’s food court, so you can trick yourself into eating vegetables. Those looking for cheese-drenched dishes will find plenty of new items throughout the fair grounds: Fried cheeses with dipping sauce and New Orleans-style brick oven pizzas from The Deep South Company; and deep-fried cheddar, mozzarella, jalapeño, and Swiss cheeses on a stick from Hot Wisconsin Cheese. The Soup-R-Bowl will offer a number of new soup options this year, Gertrude’s Pretzel will serve homemade giant pretzels, and Noujaim’s Mediterranean Foods will offer a healthy alternative with homemade hummus, plus falafel, chicken gyro, baklava, and spanakopita.

Check out more of The Big E’s dining options, and snag your tickets to the annual event here. 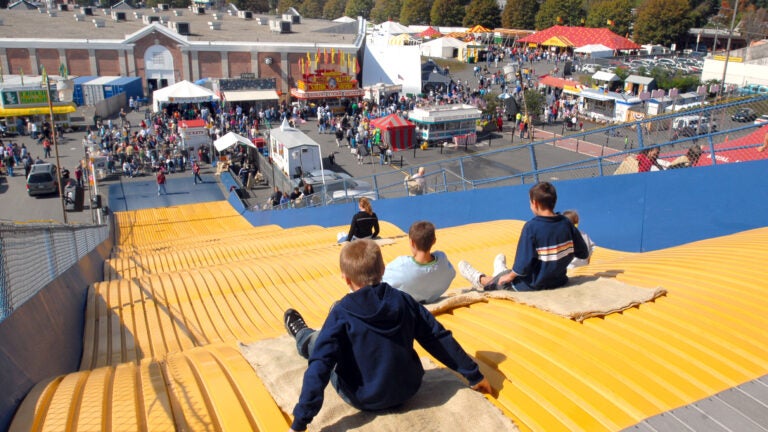