A longtime karaoke bar and sports pub has closed in East Cambridge.

John Alberts, owner of Courtside, told Boston.com on Wednesday that the bar poured its last pitcher at 3 p.m. Monday.

“We were going to close Monday night, but too many people were coming,” Alberts said.

Boston Restaurant Talk first shared the news about the Cambridge Street bar’s closure. Alberts said he sold the building to the property next door (263-277 Cambridge St.); records indicate that the building is owned by SL Realty Holdings.

Alberts’s father opened Courtside in 1943, with Alberts picking up shifts there during college.

“Then Uncle Sam stole me for three years,” he said.

He took over ownership of the bar around 1970.

“I never thought I would do this job and then I ended up [here] for 50 years,” he recalled. “I just liked it. I liked being with people. It was always exciting. We always made sure we had good people here, and I never let anyone bother anyone else.”

According to a profile by Luke O’Neil, author of “Boston’s Best Dive Bars: Drinking and Diving in Beantown,” Courtside got its name from its proximity to the former Middlesex Superior Courthouse. Over the years, it has become a bastion for sports fans — “We’re the Chicago bar of Boston,” Alberts said — and karaoke crooners, its back party room filling up on weekend nights with singers hoping to belt out another rendition of “Total Eclipse of the Heart.” In April, the Boston Globe named it one of 56 best bars in Greater Boston.

Alberts said that he felt bad for those who didn’t have a home now, from the Bears fans to the HubSpot employees coming in for a post-work beer.

“We’re the last of the neighborhood dive bars,” he said. “I used to think that was a bad term, but it isn’t. We have reasonable prices, and we’re a friendly place.”

Alberts said that he hasn’t sold the business, which includes his consulting project, Courtside Restaurant Consulting. There are no plans, though, to reopen Courtside elsewhere.

“What do you say when you’ve been in business for 76 years?” he said. “The only thing I can say is thank you.” 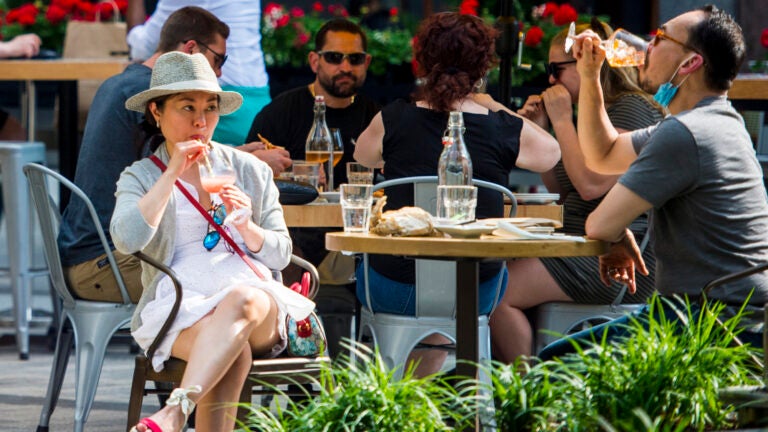 Where to eat and drink along the Boston Marathon route