The Cambria Hotel Boston opened within the heart of Southie on Oct. 1, but its food and beverage offerings, known as Six West, haven’t been available to the public — until recently. On Oct. 15, Six West started serving dinner at the bar and restaurant on the ground floor and patio of the Cambria; on Nov. 15, the rooftop bar and lounge finally made its debut.

Six West has embraced a literary theme throughout its various corners: Within the restaurant’s 97-seat space, notable books released by Boston publishers (including a first American edition of “Memories & Adventures” by Arthur Conan Doyle) are joined by antique typewriters and spray-painted columns depicting quotes from famous authors. The theme continues at the bar, where library-esque lamps sit perched on marble countertops. 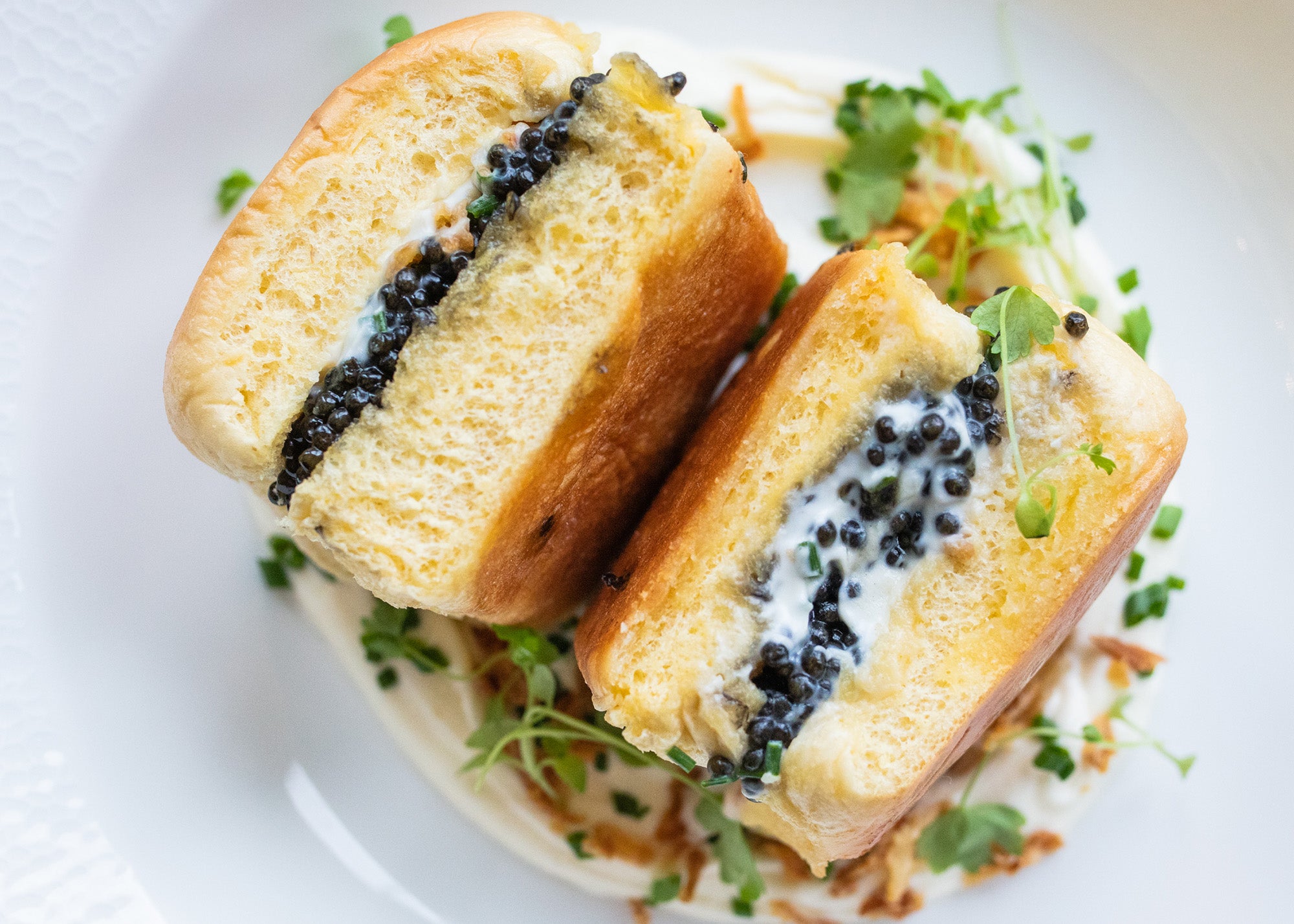 Diners can stop by for breakfast, lunch, and dinner, or settle into the bar for one of beverage director Jason Giordano’s complex cocktails. For breakfast, executive chef David Daniels and food and beverage director Tony Dochev have put together a menu that includes healthy options like greek yogurt with granola and avocado toast with spiced labneh, as well as decadent morning indulgences: a short rib egg sandwich with aged gruyère, steak and eggs with Japanese wagyu sirloin, and a torched salmon bowl with furikake fried rice, smoked ponzu, and a fried egg. Cold-pressed juices and Intelligentsia coffee fill out the morning beverage list.

Later in the day, guests and locals can snack on popcorn with aged pecorino, wagyu pot stickers, and seared spicy tuna rolls, or go big with short rib tacos, a dry-aged burger, and king crab macaroni and cheese. At the bar, wine, local craft beer, and cocktails are all available, including the umami-rich Saff-Ron Swanson made with vodka, saffron, rosemary, sesame, and white balsamic. 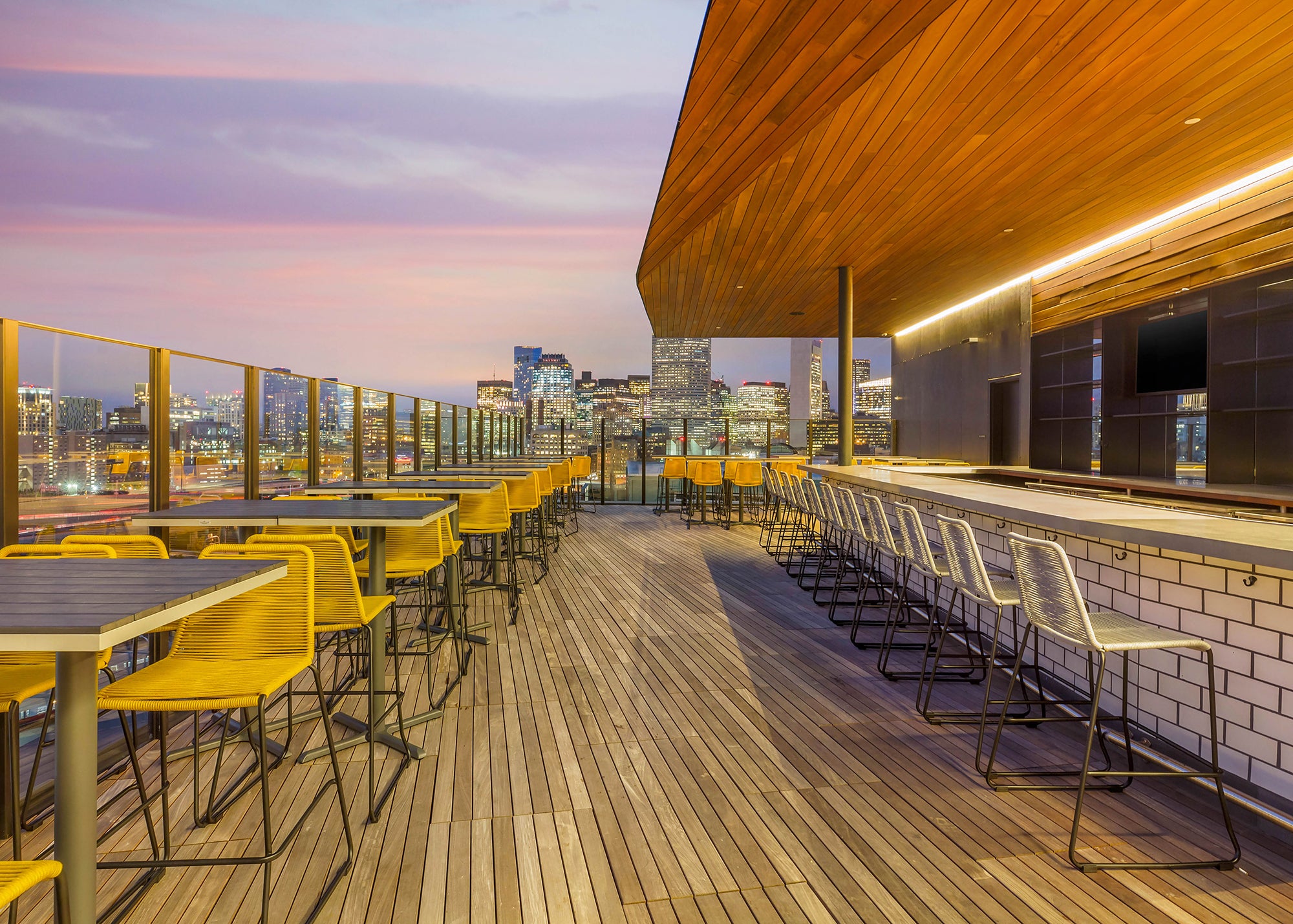 Six West’s 240-seat, 4,000-square-foot rooftop bar and lounge offers a smaller, separate food menu, to be enjoyed with drinks (wine, beer, cocktails) and an unobstructed view of the Boston skyline; later in the season, potential winter activations like igloos or an ice-skating rink might be incorporated. Visitors can keep warm with an Irish coffee, made with Bushmills whiskey and coffee cordial and topped with caramel cream.

Six West, which also includes room service and event catering, comes to the Cambria from Bespoke Hospitality. You can find the hotel — and it’s newly launched food program — directly across the street from the Broadway MBTA stop. 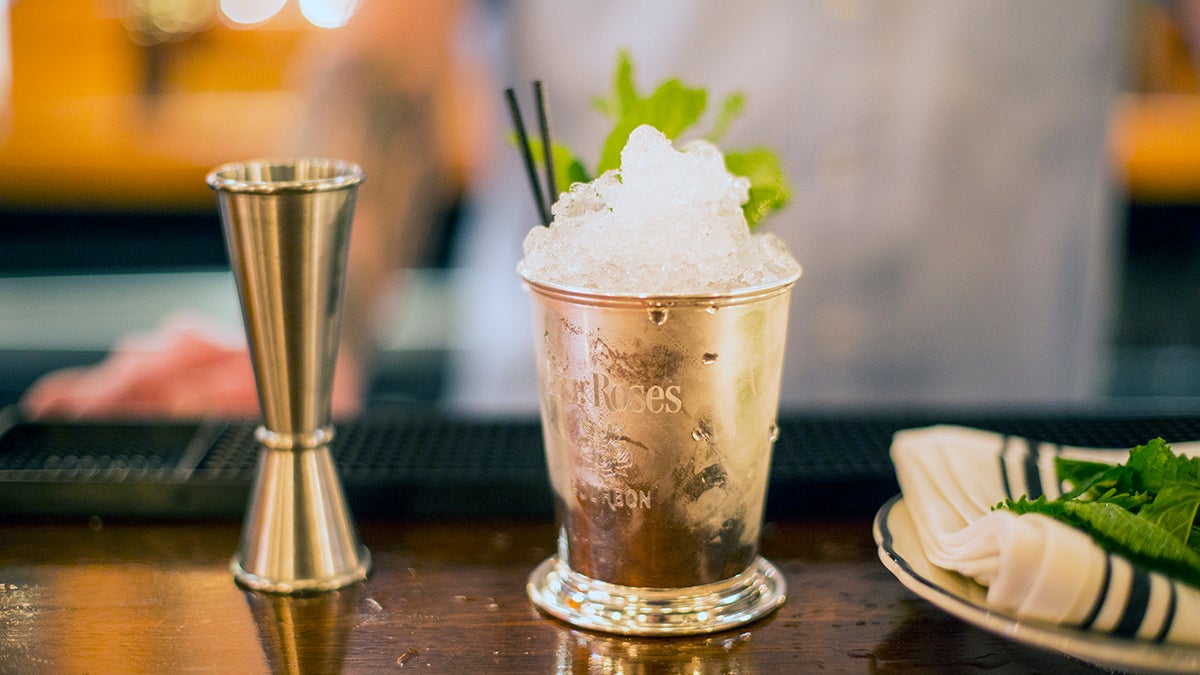 This weekend: Celebrate the Kentucky Derby with mint juleps and eye-catching hats