Banners Kitchen & Tap
If the impressive (albeit pricey) draft beer list at Banners Kitchen & Tap, a new sports bar that opened at Hub on Causeway, isn’t enough to reel you in, then maybe its TV situation will. The bar claims to have the biggest in-restaurant LED TV on the East Coast, a massive thing dubbed the “Dream Screen.” On game night, take a seat at the bar; enjoy a beer or two from Trillium, Bent Water, Lone Pine, and other regional breweries; and indulge in an order of wings while rooting for your team. (82 Causeway St., Boston) 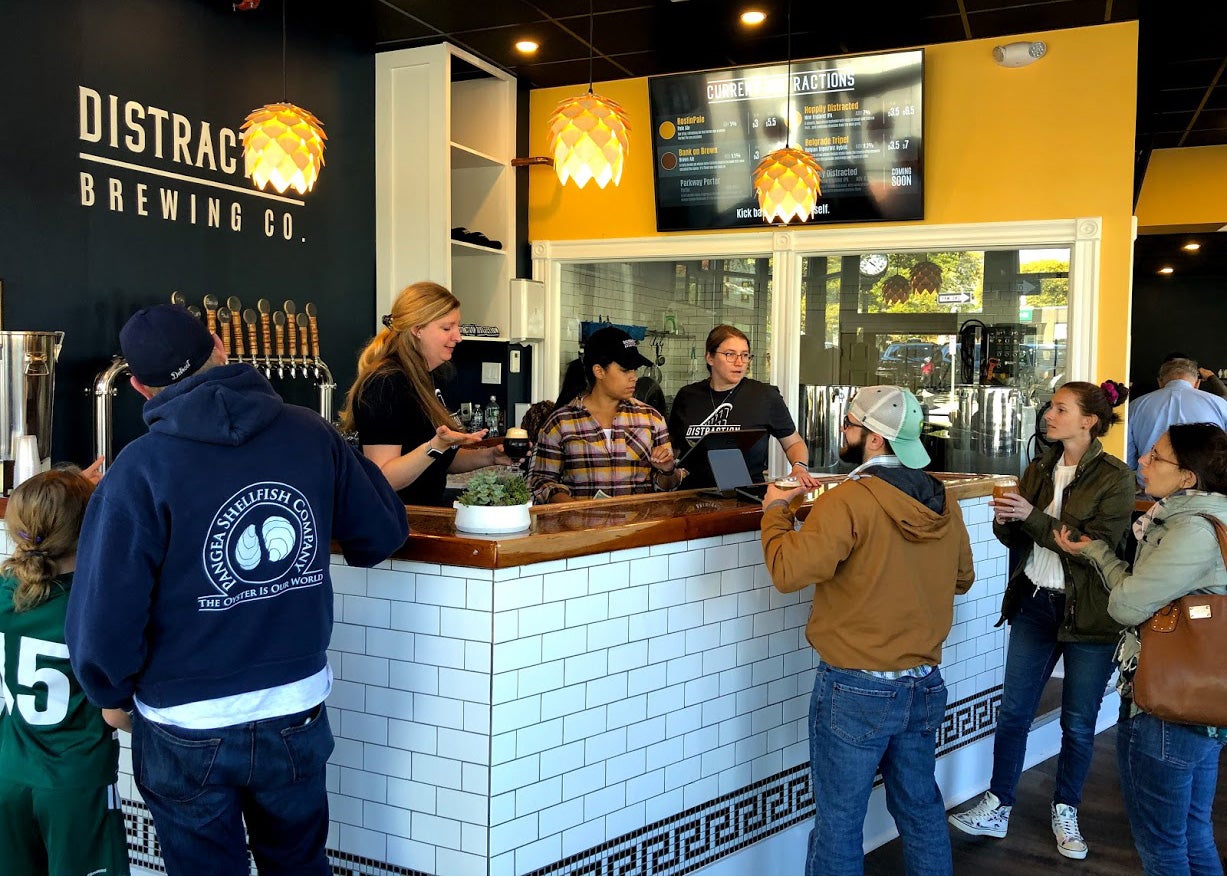 Distraction Brewing
Roslindale received its first permanent brewery this month with the launch of Distraction Brewing, owned by Mike Estey, Patrick French, and Justin Garnache. The 10-barrel brewery is now pouring beers like the RoslinPale (a pale ale) and the Bank on Brown (a brown ale); bring your own food and settle in for a pint to welcome Rozzie’s newest watering hole. (2 Belgrade Ave., Boston)

Guy Fieri’s Tequila Cocina
With Halloween slated as its official opening date, Guy Fieri’s Tequila Cocina makes its debut within Hub on Causeway’s Big Night Live development, serving tacos and tequilas to hungry TD Garden-goers. Take a seat in the lounge, bar, or one of two dining areas for shareable bites (check out the trash can nachos!) and cocktails. (110 Causeway St., Boston) 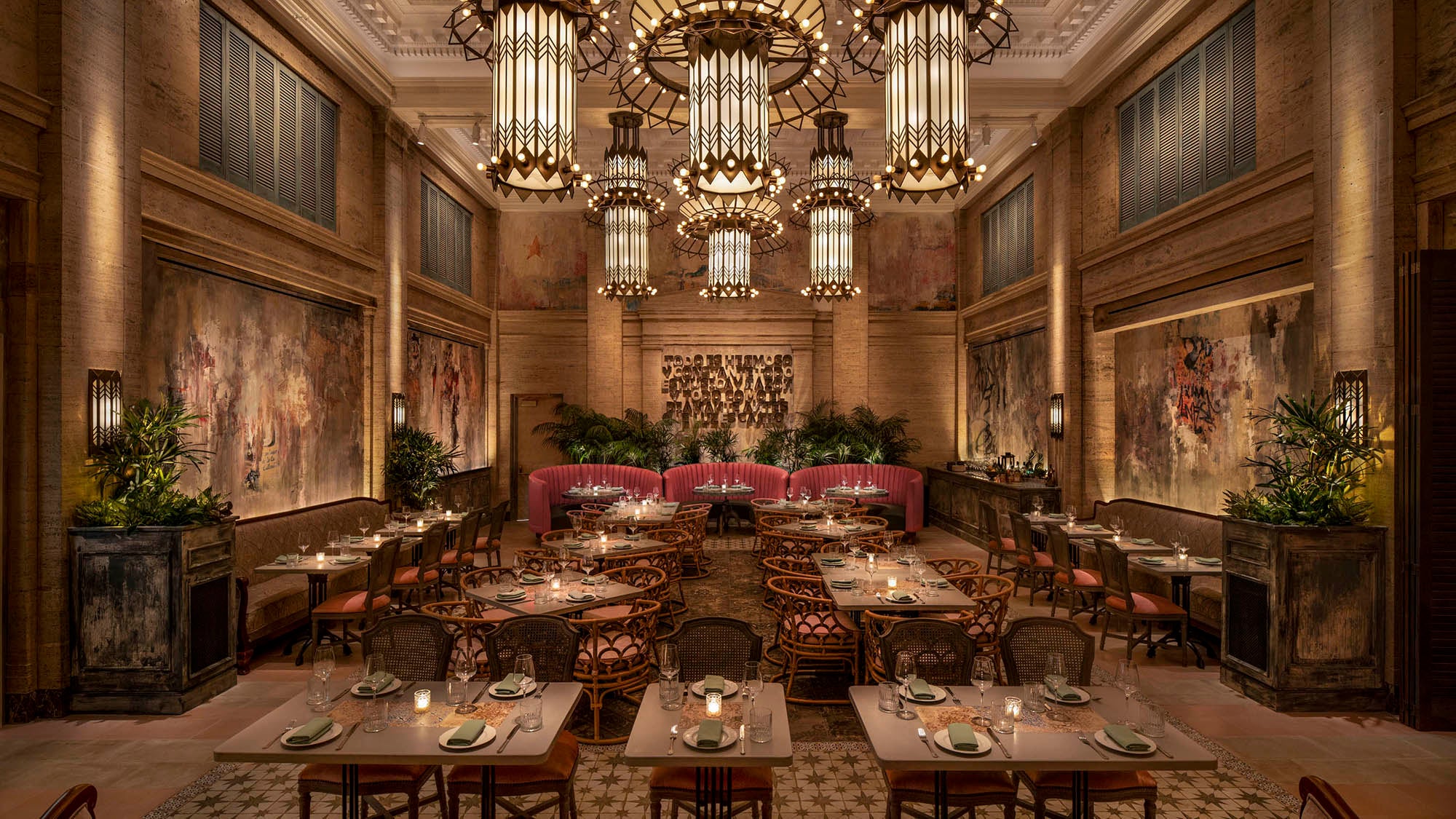 Mariel
A former bank building was transformed into old Havana when Mariel, a Cuban-inspired restaurant and bar, opened earlier this month. The ornate newcomer looks out onto Post Office Square and serves shareable plates like sweet corn arepas, pork empanadas, and street pizzas. And, of course, there are mojitos — four different kinds to choose from, if that’s your thing. (10 Post Office Square, Boston) 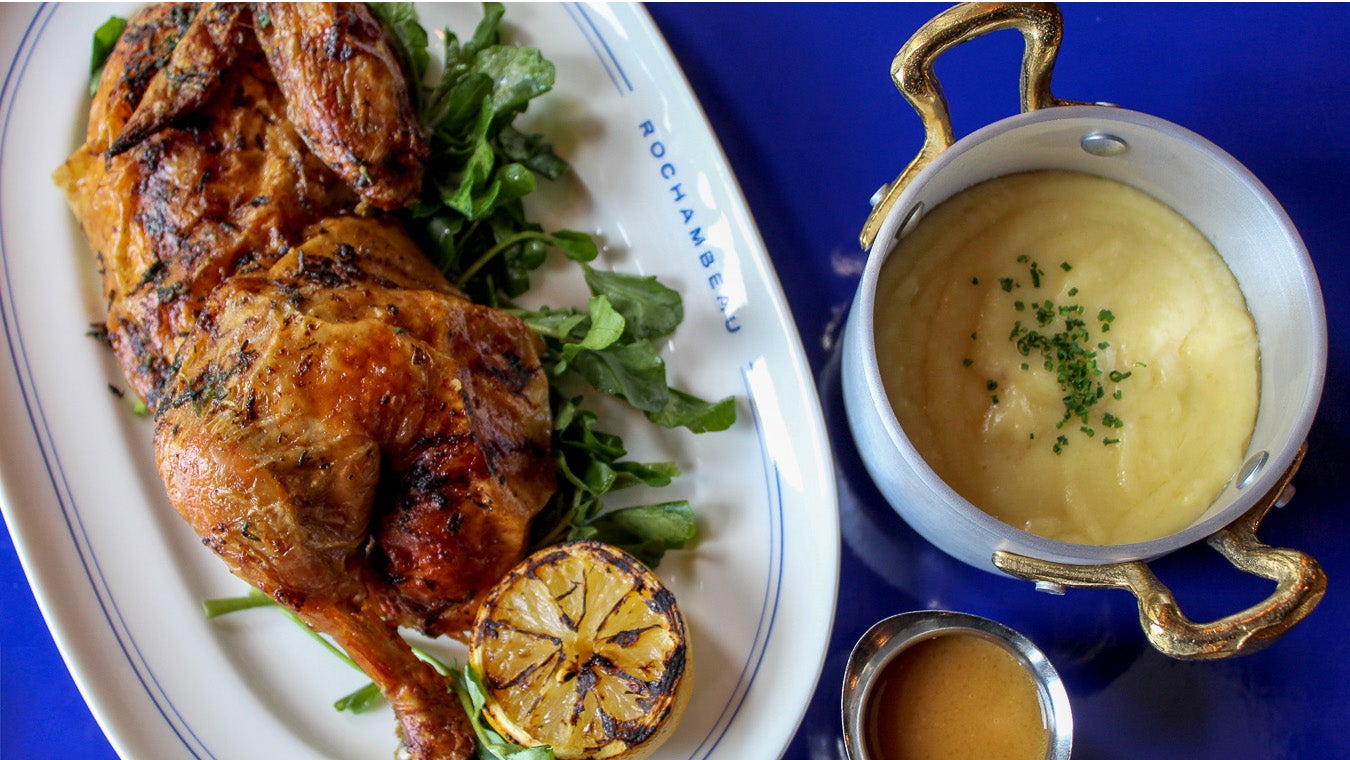 Rochambeau
The Back Bay received a splashy new French restaurant, bar, and café in the form of Rochambeau, which landed in the former Towne Stove & Spirits space in early October. Order a coffee and pastry in the café, which has its own separate entrance, or stay for a more substantial meal on the first or second floor dining room, where guests can choose from dishes like coq au vin, grilled lobster frites, and cassoulet. (900 Boylston St., Boston)

The Kenmore
When The Lower Depths, a popular Kenmore Square watering hole, closed over the summer, many lamented the loss of the cash-only bar with an extensive beer list and excellent tater tots. Its replacement? The Kenmore, a restaurant and bar from Red Red Paint Hospitality Group’s Doug Bacon, who opened The Westland earlier this year. On the menu: Affordable burgers, hot dogs, and other comfort food standbys, like chili, fries, and chicken lollipop wings. (476 Commonwealth Ave., Boston)

Umami
As an alum of Back Bay hot spot Uni, chef Gary Lei has already proven his sushi acumen. So it’s no surprise that his new Cambridge restaurant, Umami, comes with so much buzz. The omakase and sake bar offers three tiers of omakase — $68 for 12 courses, $98 for 15 courses, $138 for 18 courses — which includes soup, assorted sushi and sashimi, hand rolls, and more. (2372 Massachusetts Ave., Cambridge)

Courtside
The Cambridge karaoke and sports bar shuttered after 76 years in early October, with owner John Alberts telling Boston.com, “My wife has myeloid lymphoma. I need a new hip. I’m 76 years old, and it was time.” Here’s how the bar changed one writer’s life. 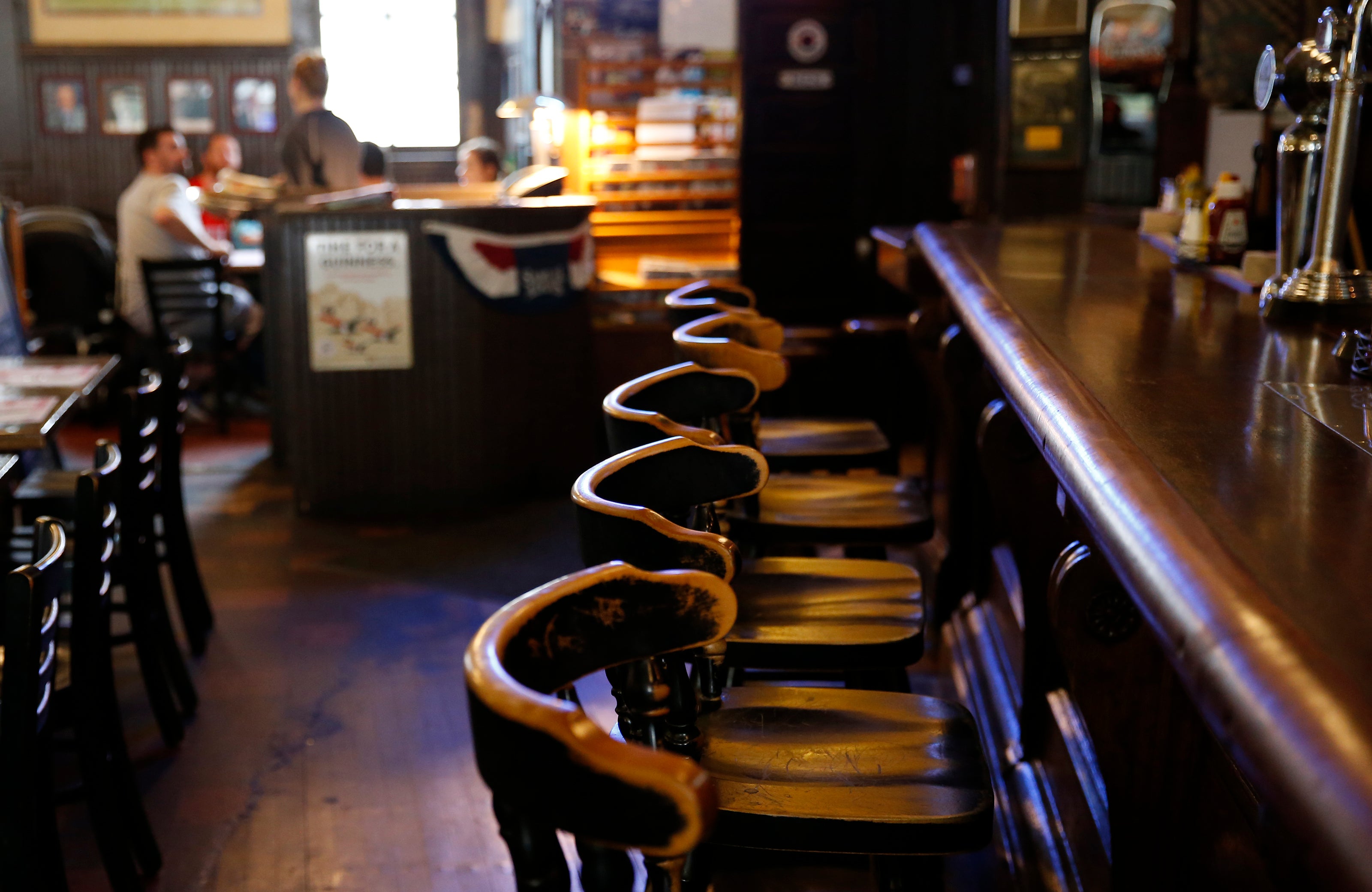 Doyle’s
After serving as a storied watering hole for 137 years, Jamaica Plain Irish pub Doyle’s closed on Oct. 26, a result of selling its liquor license to Davio’s, a Boston-based steakhouse chain that will open a new location in the Seaport. “Although we gave our last last call last night, the spirit and soul of Doyle’s is very much still alive and beating,” a post on the bar’s Facebook page read. “Doyle’s will live on through all of us and our memories. Take them with you wherever you end up.”

Globe Bar & Café
The Back Bay hangout closed on Oct. 19 after not being able to reach a lease agreement with its landlord. The restaurant and bar, which originally opened at 565 Boylston St. before moving to 384 Boylston St., had one of the neighborhood’s best rooftop bars. 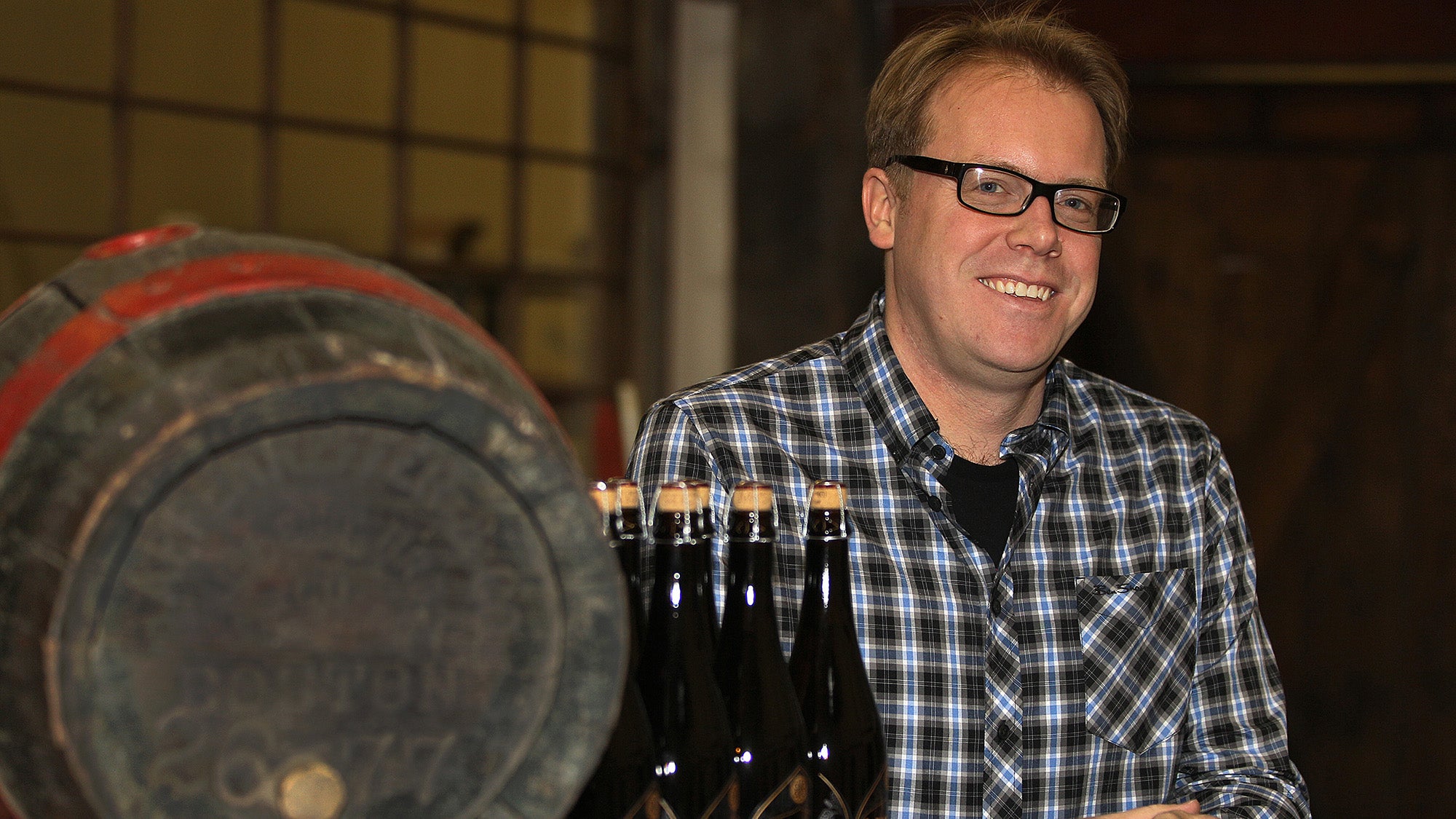 Bryan Greenhagen is brewer and founder of Mystic Brewery.

Mystic Brewery
Bryan Greenhagen, Mystic’s Brewery’s founder and brewer, made the sudden announcement on Sept. 27 that his Chelsea brewery would be closing — and on Oct. 19, the brewery poured its last pint during one final party. Greenhagen told the Boston Globe that, among other issues, one of the reasons for the closure was related to access. “The traffic keeps people from coming to the tap room, and the tap room is really where all the success we’ve seen comes from,” Greenhagen said.

Visit Black Friday 2021: Here's how to snag the best deals 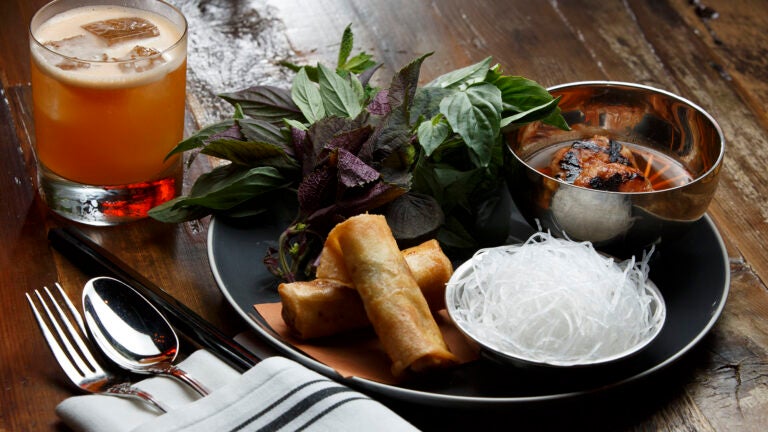 'Tiger Mama will always have a special place in my heart'