The days of ice-cold drinks are behind us, making room for a slew of warm, boozy beverages that promise to keep us cozy — at least for a little while — throughout the winter. From mulled red wine and hot buttered rum to traditional Irish coffee, here are the cocktails keeping the Boston bar scene on fire this season.

What do you love to drink in the colder months? Let us know in the comments!

Mexican Mocha at The Backroom at Moody’s 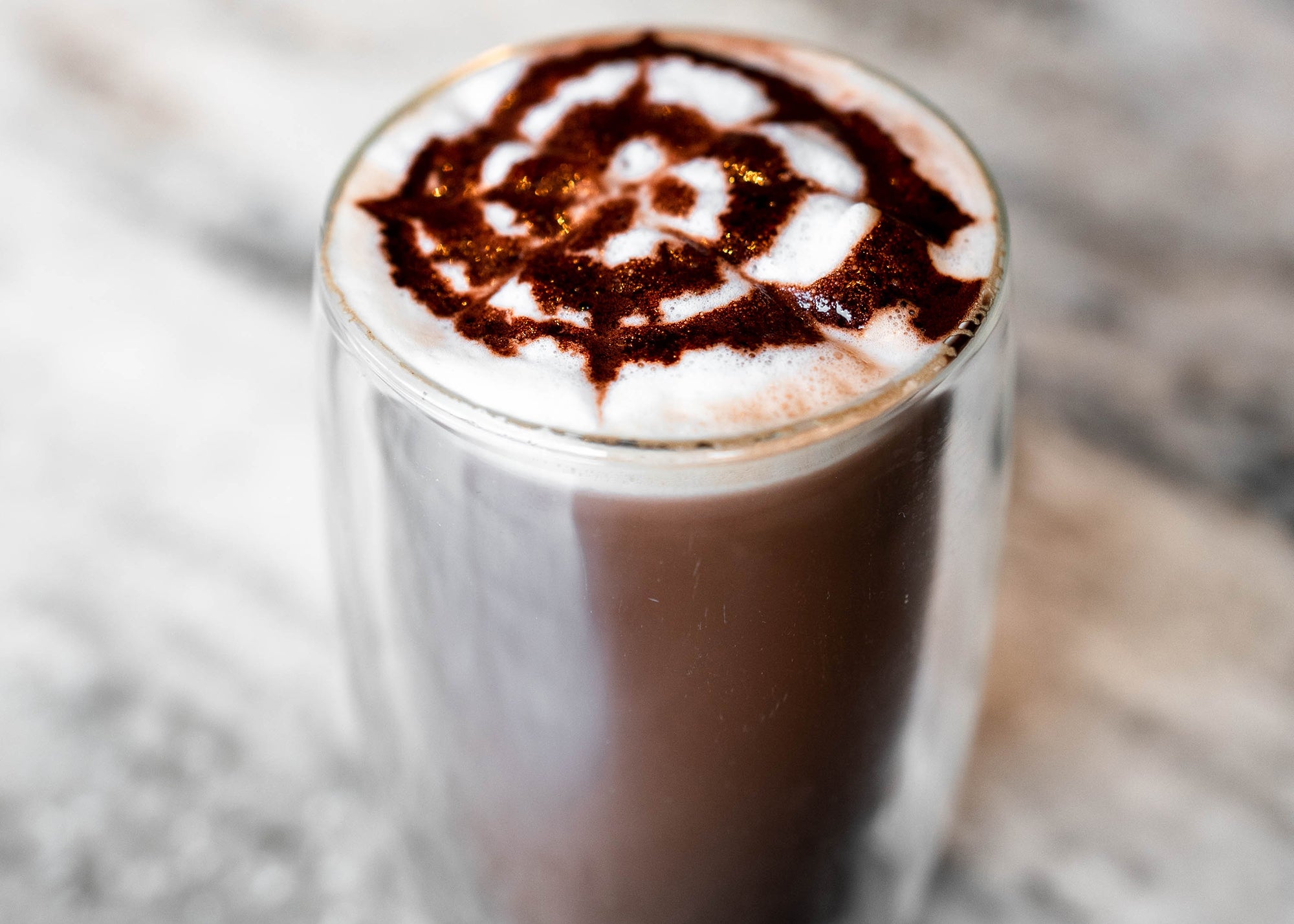 Mexican Mocha at The Backroom at Moody’s.

Following a thorough revamp, the Backroom at Moody’s in Waltham reopened over the summer with an expanded menu and an updated interior — and now, the restaurant and bar is offering its take on an adult hot chocolate during the colder months. Sip on the Mexican Mocha, a tequila-based cocktail featuring coffee liqueur, espresso, hot milk, and chocolate. (468 Moody St., Waltham) 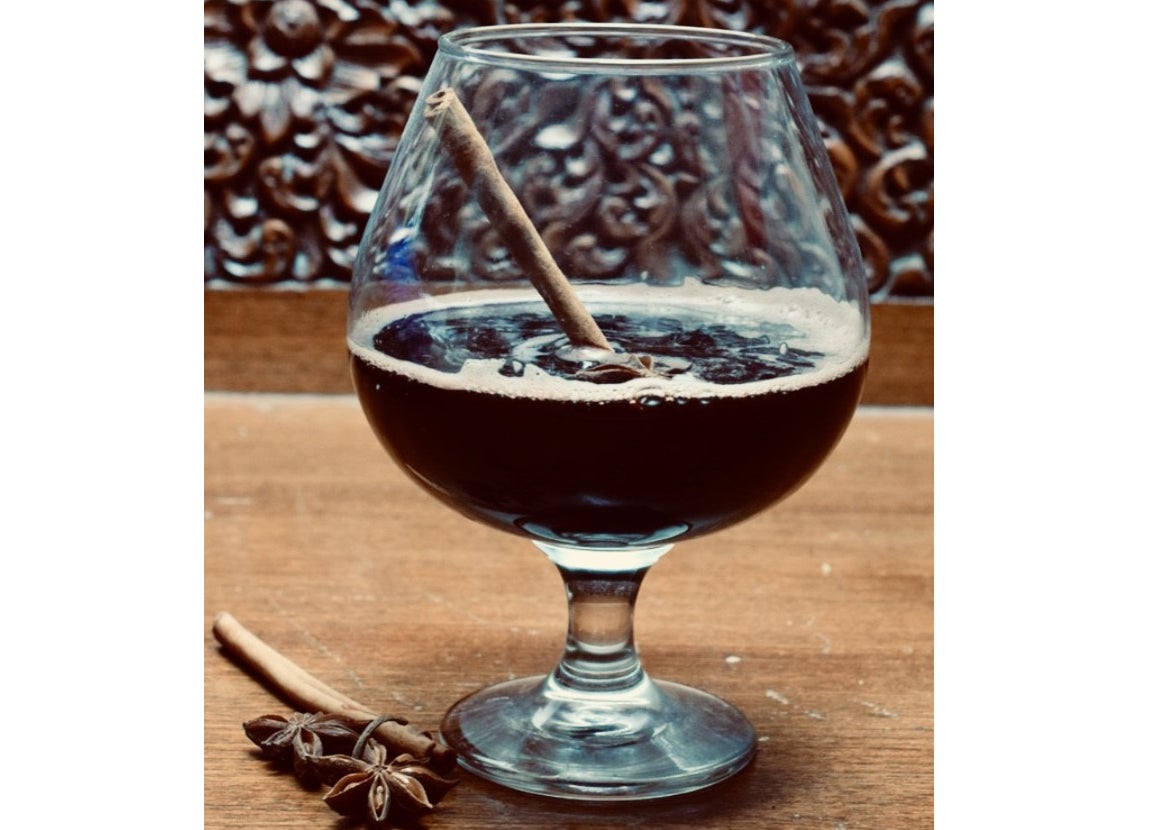 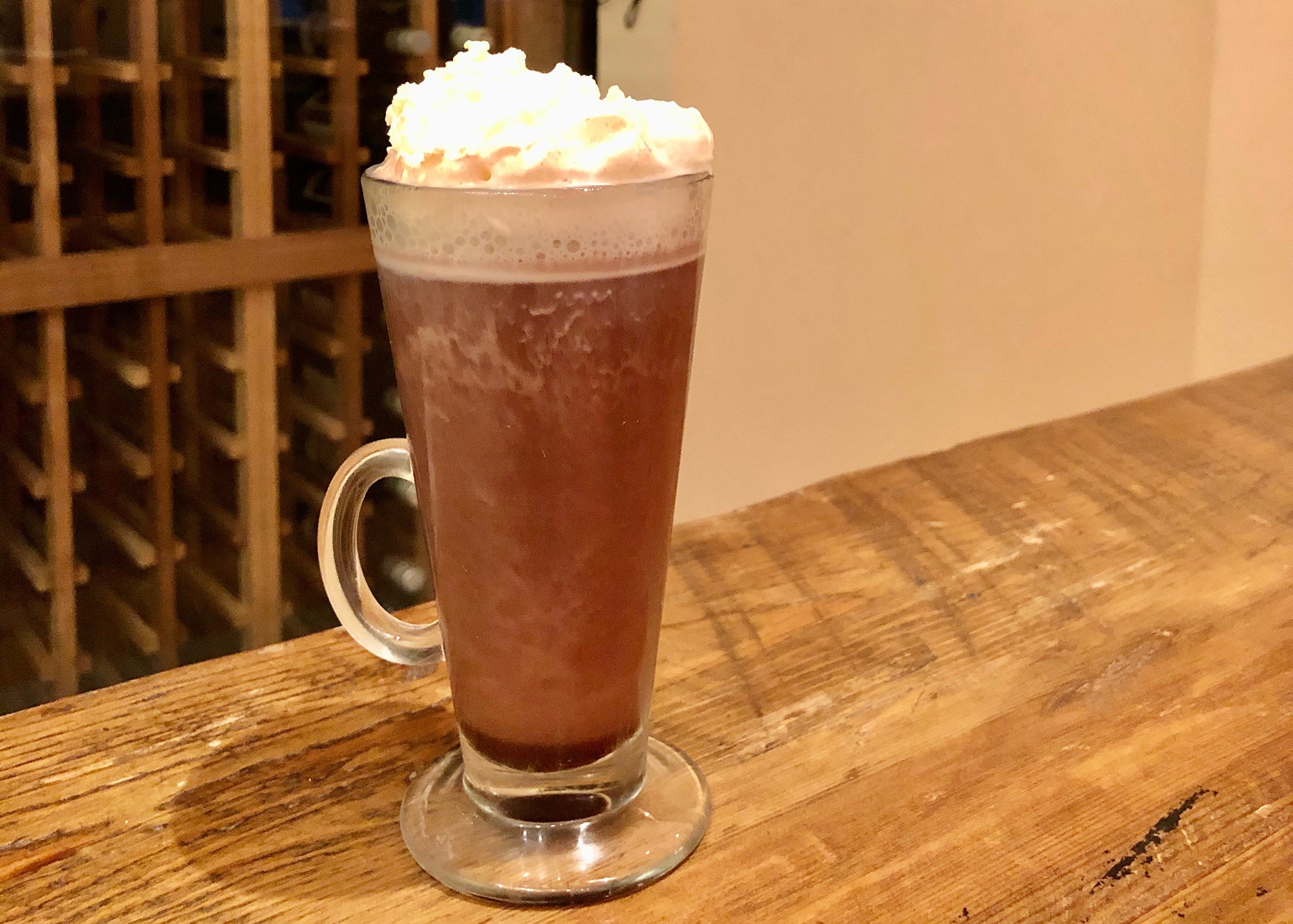 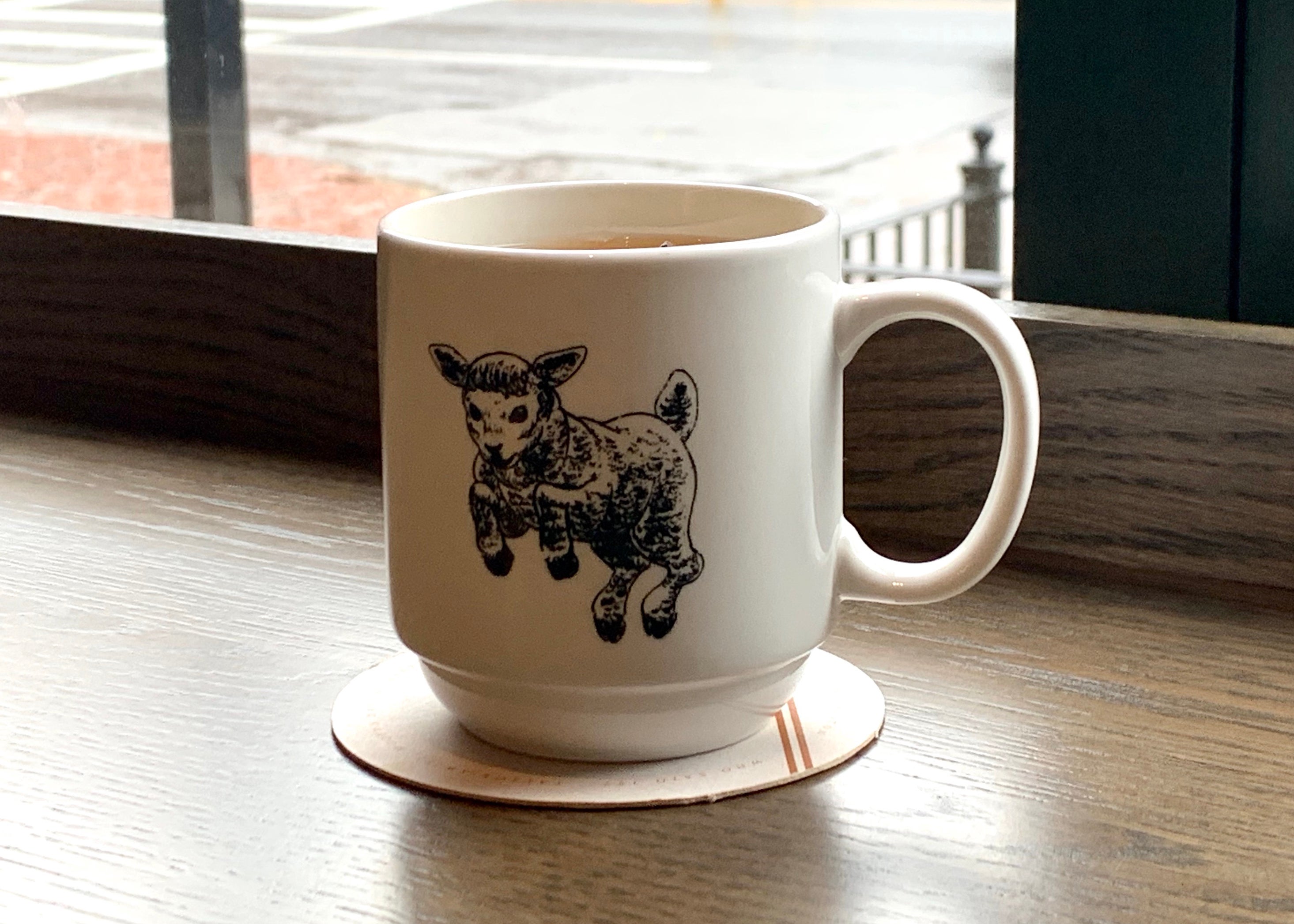 If you’re anywhere near the Black Lamb, one of the South End’s newest neighborhood hangouts, you’d be wise to stop in for the bar’s take on a hot toddy. The cocktail highlights Bank Note scotch, Laird’s Applejack brandy, honey, ginger syrup, and a lemon wheel with a clove. It’s served in the restaurant’s signature coffee mug. (571 Tremont St., Boston) 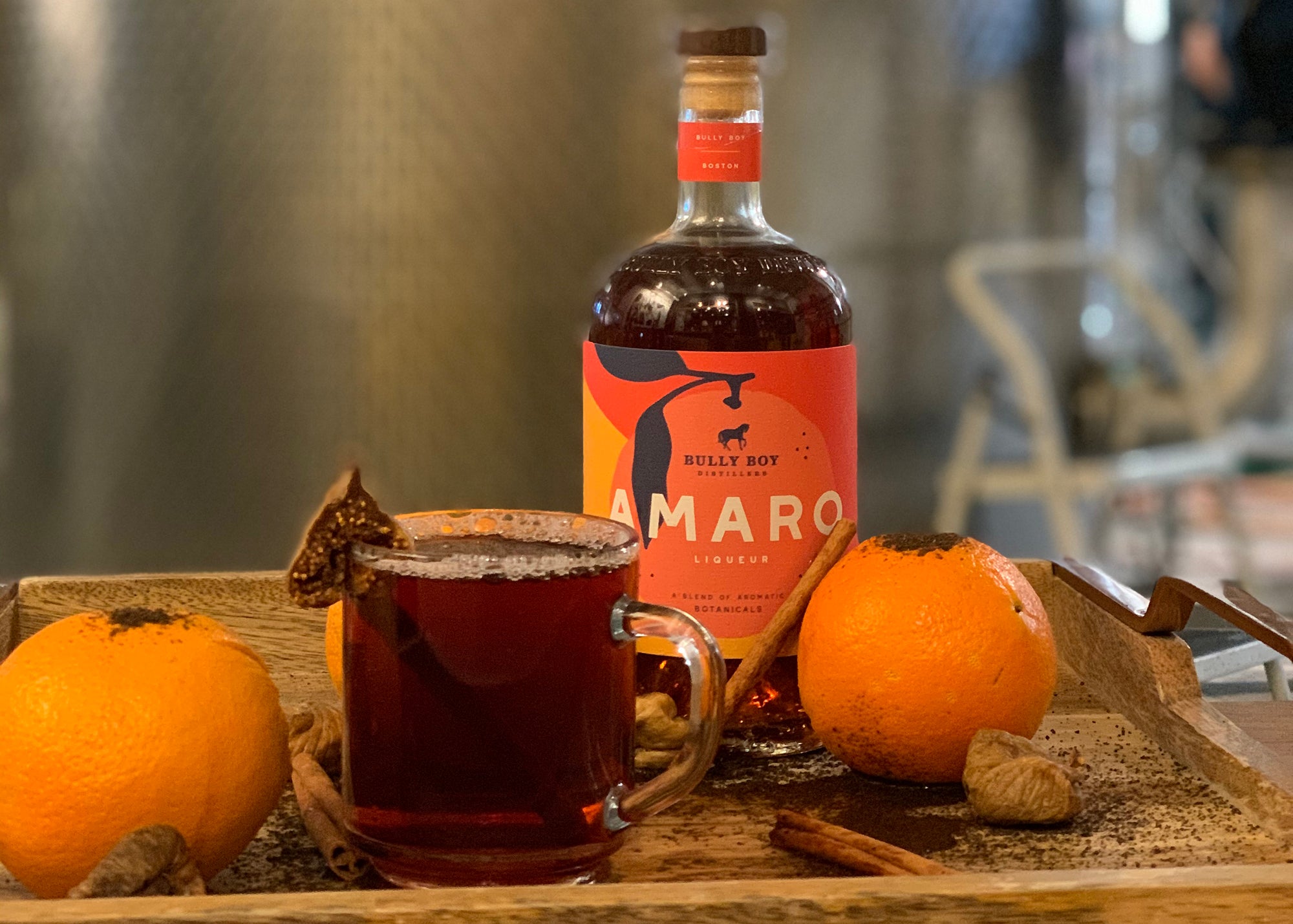 Head to the Roxbury distillery’s tasting room to cozy up with a Bully Today, Drink Amaro, a cheekily-named cocktail made with Bully Boy Amaro, black tea, fig, cinnamon, and orange. (44 Cedric St., Boston) 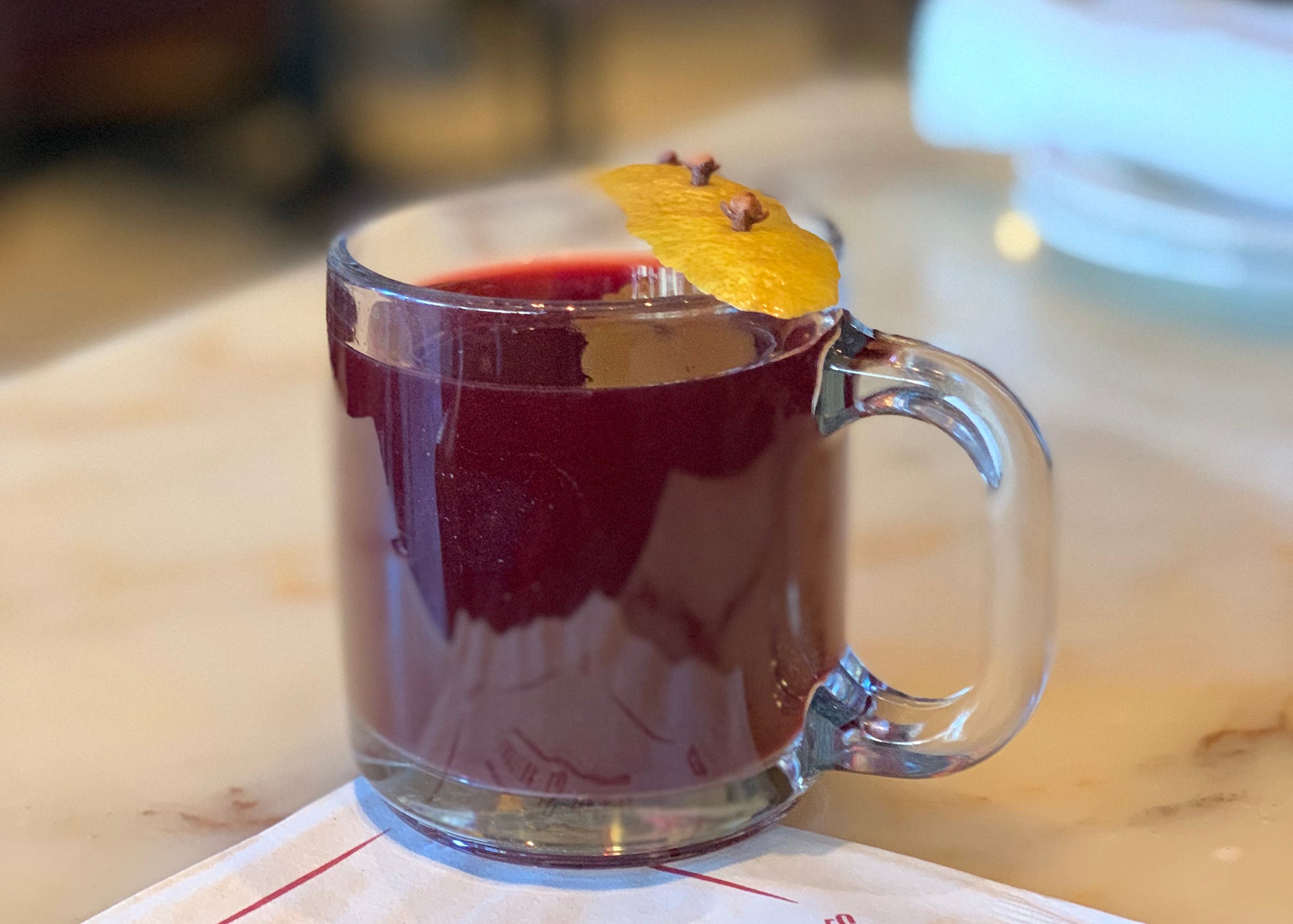 The Figgy Stardust at The Emory 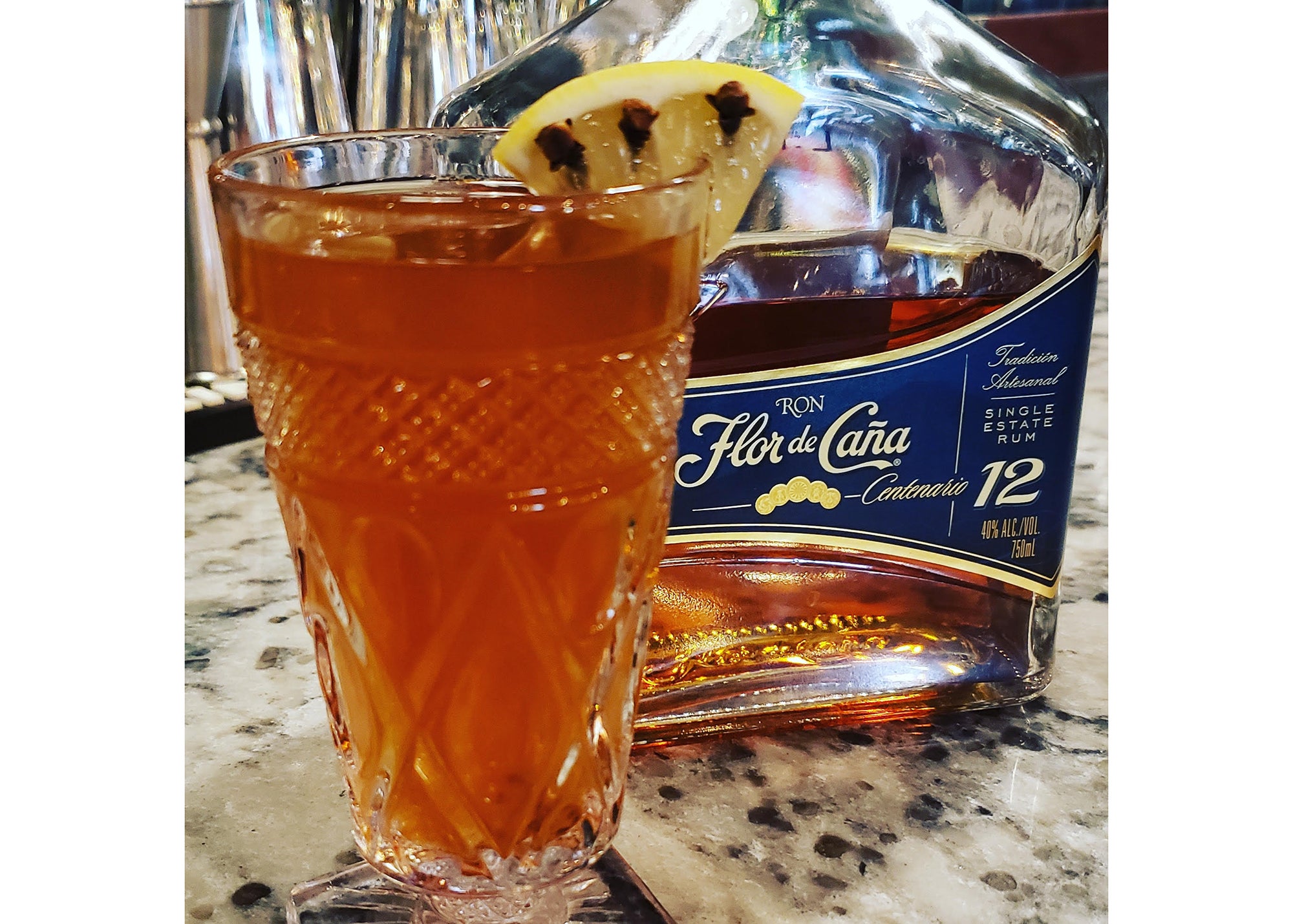 The Figgy Stardust at The Emory.

“I love a good classic hot toddy, but I also love rum, so why not do both in one cup?” Melissa Benson, bar director at The Emory, said about The Figgy Stardust. This creative mashup uses Flor de Caña rum, Black Fig vodka, demerara, and lemon. (21 Beacon St., Boston) 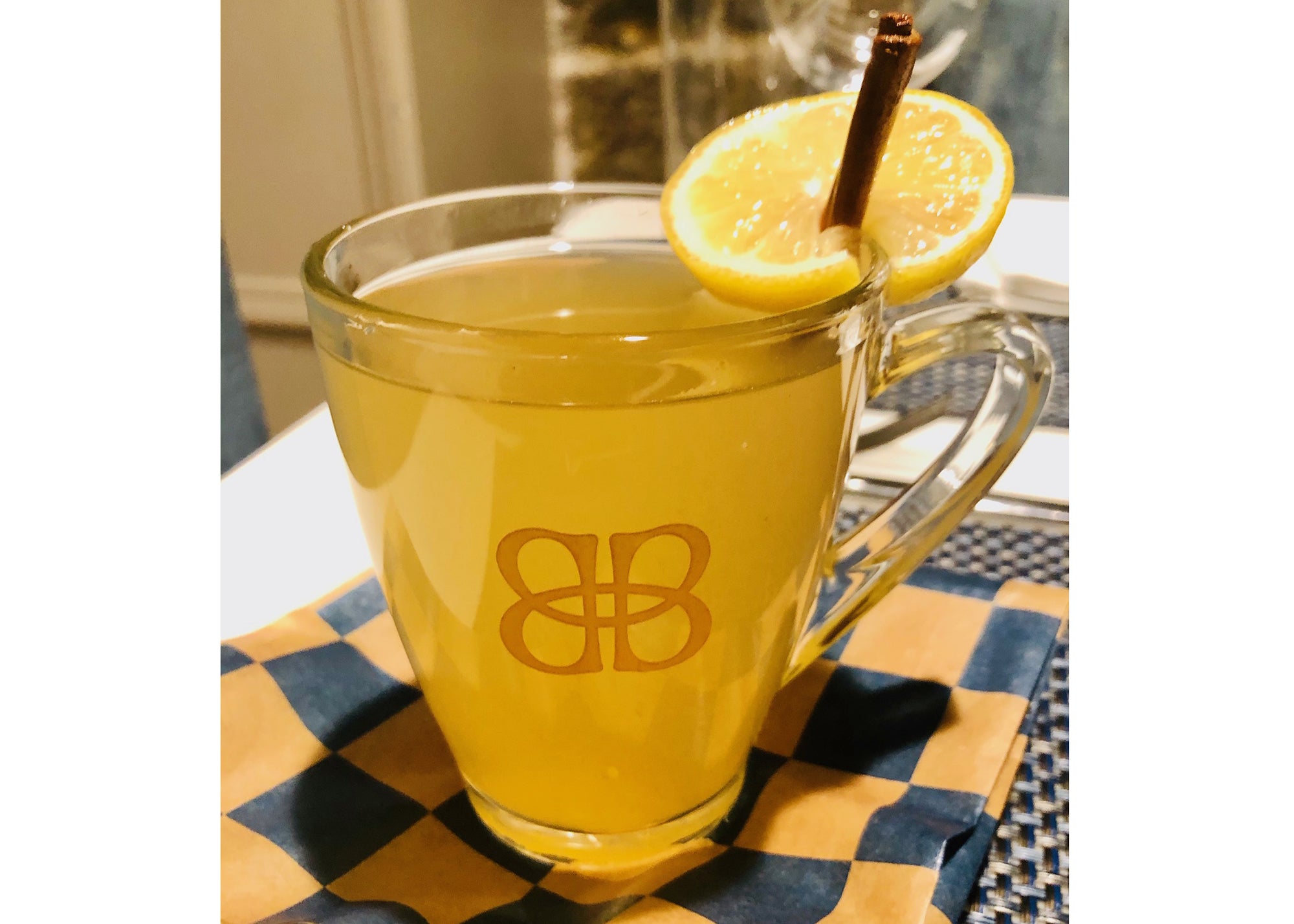 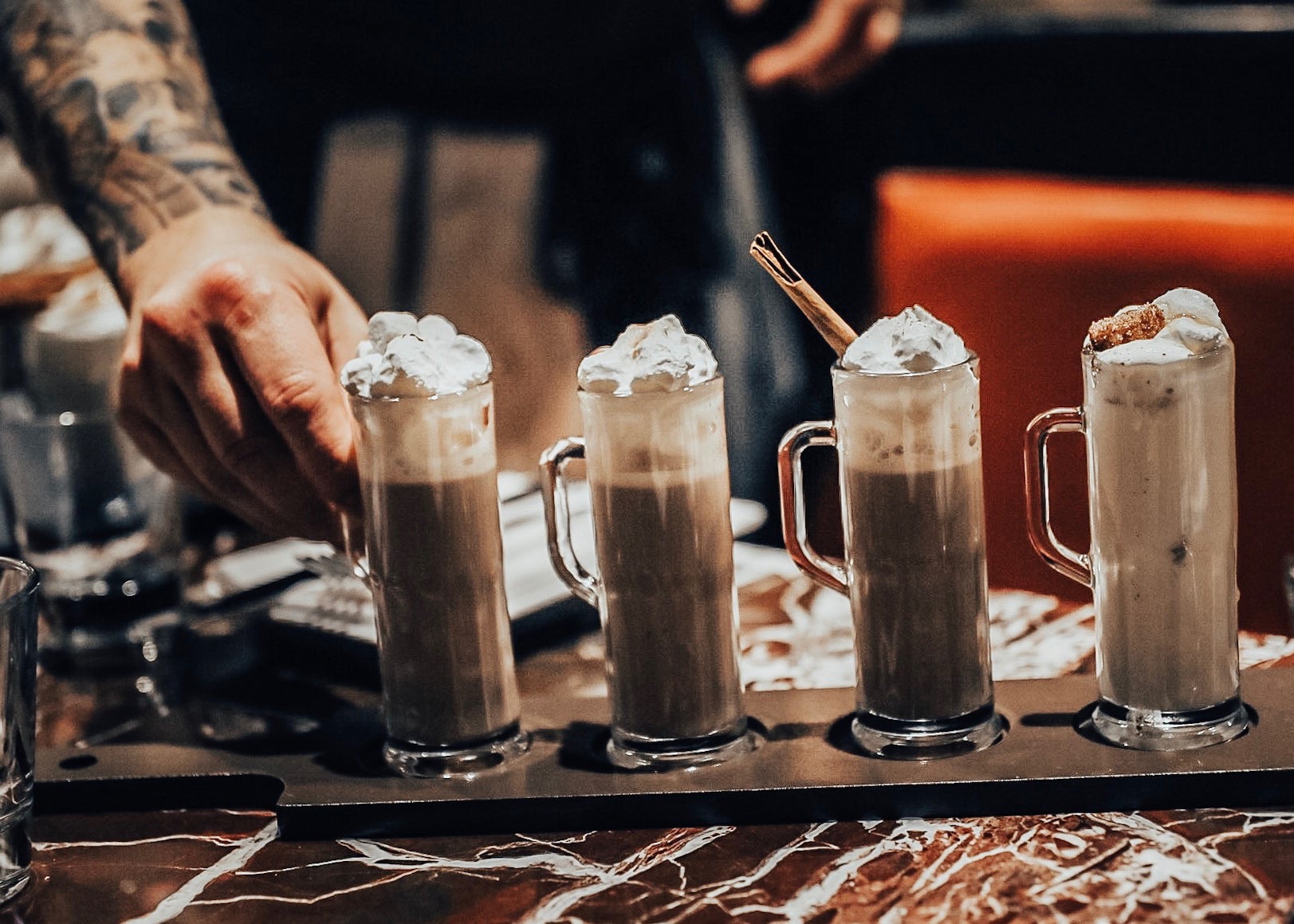 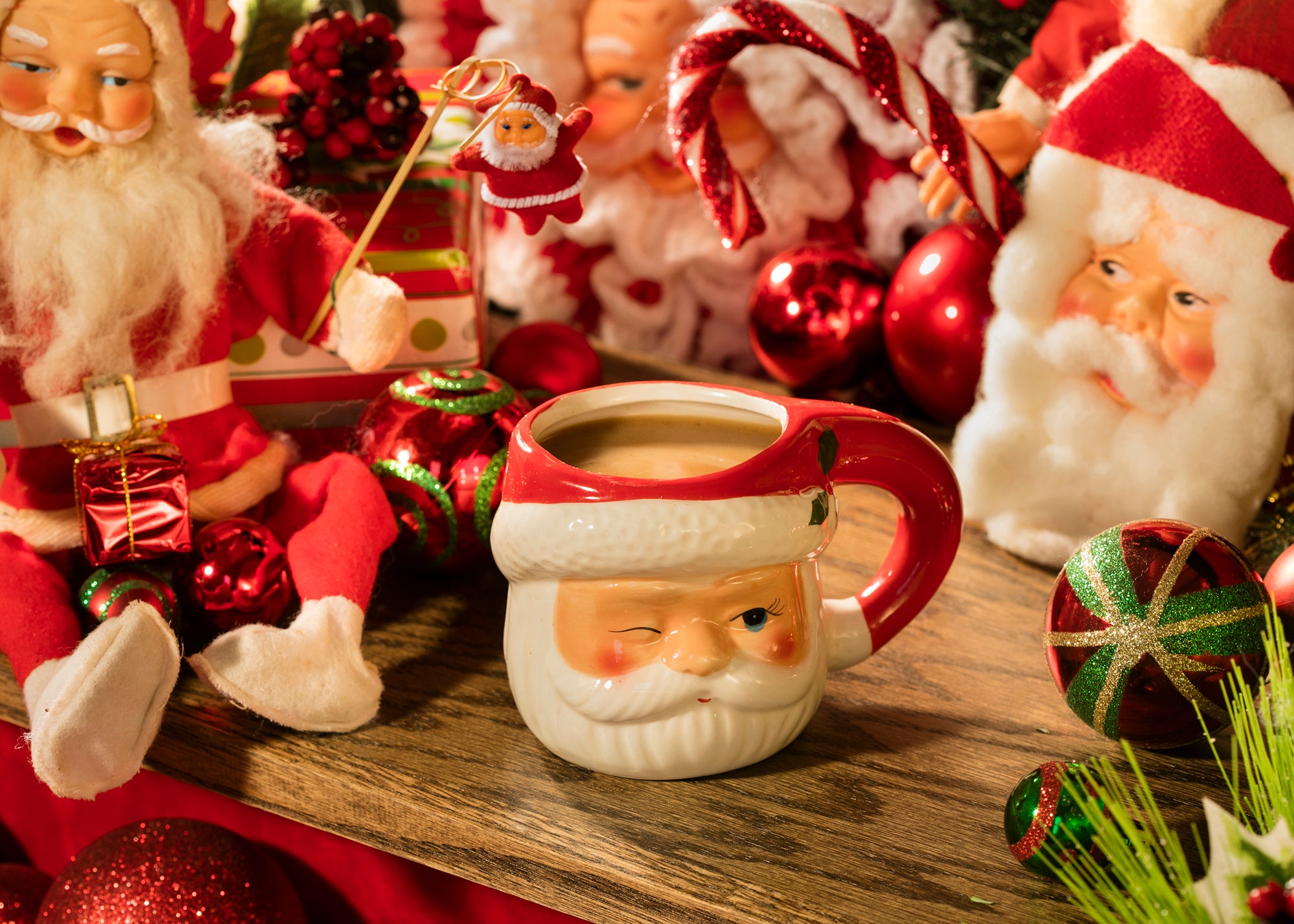 Miracle, a global holiday pop-up concept, will return to three local bars this year: Kimpton Marlowe in Cambridge on Nov. 29, Mystic Station in Malden on Nov. 29, and Still & Stir in Worcester on Nov. 25. Featured on the shared menu is the Bad Santa, a cocktail comprised of rum, black chai tea, date-infused oat milk, and vanilla syrup, served piping hot in a winking Santa mug. (Various locations) 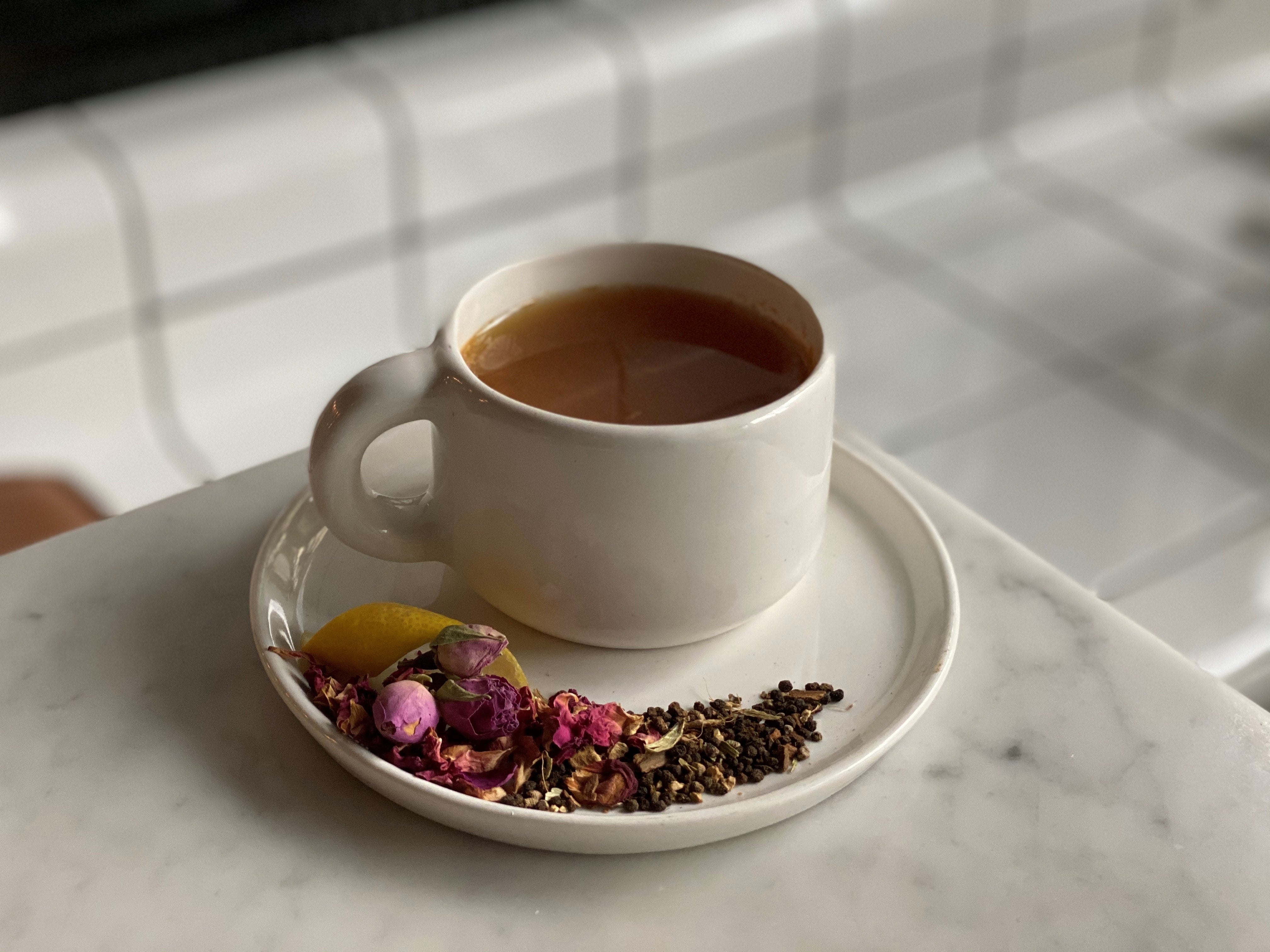 There’s something about visiting this Cambridge neighborhood destination that feels like you’re having (a very good) dinner at a friend’s house. You know that cup of tea your friend might have offered post-dinner? This season, it’s the warm chi-der punch, a soothing cocktail made with Old Tom gin, hot apple cider, herb and chai syrup, and lemon oil. (928 Massachusetts Ave., Cambridge) 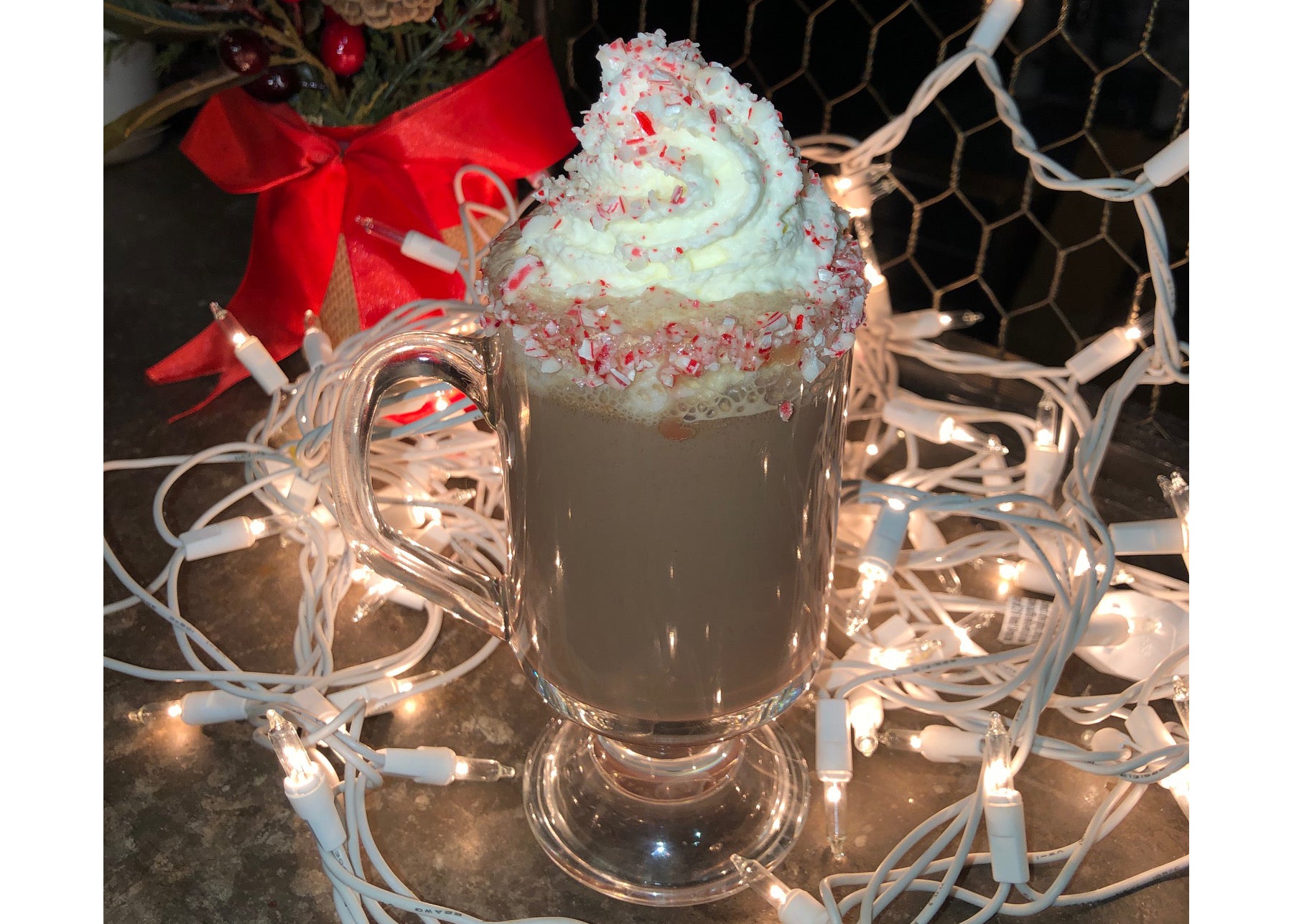 As a tribute to “A Charlie Brown Christmas,” Precinct Kitchen + Bar will debut the Peppermint Patty on Dec. 1, a festive cocktail (Christmas lights not included) made with Brancamenta, almond milk, and hot chocolate, and topped with pieces of candy cane. Bonus: Order one of these and you’ll receive a complimentary kids cocoa (alcohol-free, of course). (154 Berkeley St., Boston) 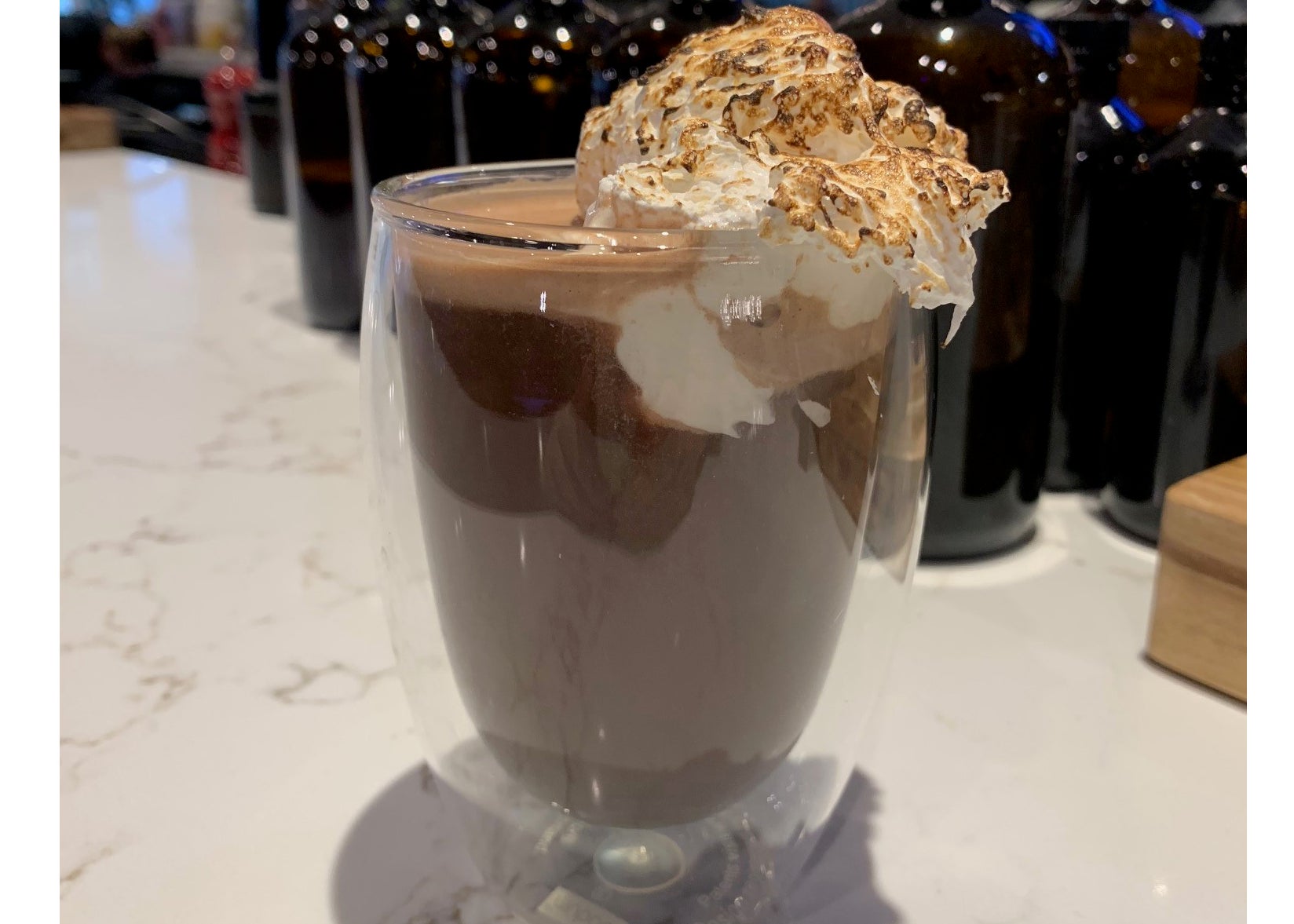 The best thing? Making s’mores by a campfire. The next best thing? Keeping warm with this marshmallow-topped drink from Rebel’s Guild, made with Grey Goose vanilla vodka and house-made hot chocolate. (200 Stuart St., Boston)

Rage of Paris at Scampo 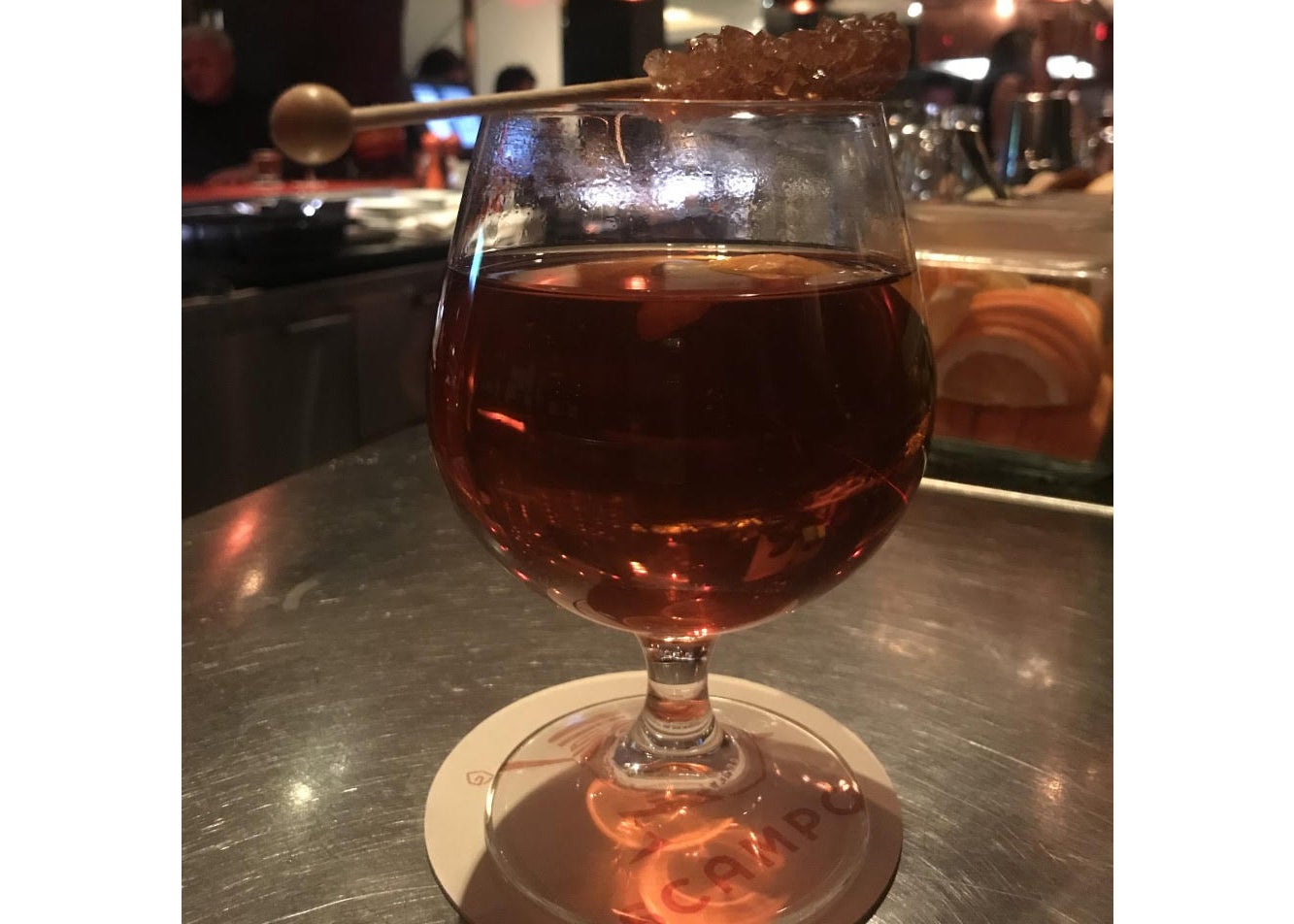 Rage of Paris at Scampo.

Lydia Shire’s Italian hot spot within The Liberty Hotel is getting into the warm cocktail game with the Rage of Paris, a nod to the 1938 film starring Danielle Darrieux and Douglas Fairbanks, Jr. Poured into a snifter glass, the concoction features hot Earl Grey, cognac, and Cointreau, and it’s finished with a rock brown sugar stick perched on top. (215 Charles St., Boston) 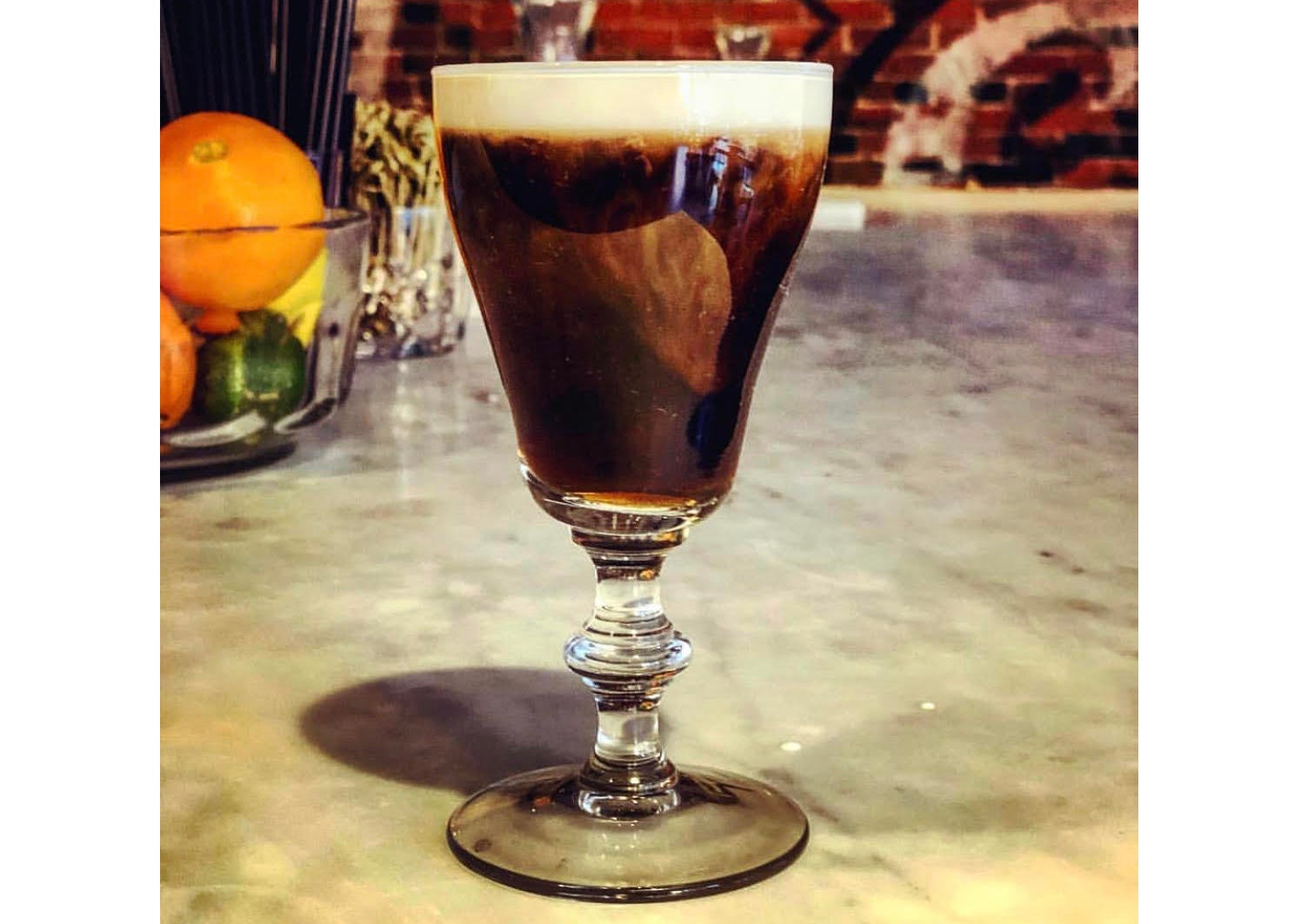 Ward 8 has an entire section on its menu dedicated to warm cocktails, so it’s no surprise that the West End restaurant and bar is committed to perfecting the classic Irish coffee. A blend of Irish whiskey, brown sugar, and coffee is topped off with whipped, unsweetened cream made to order. (90 N. Washington St., Boston)