I haven’t lived in Jamaica Plain for long, but I’ve lived here long enough to see a few of its treasured institutions fall. To see Doyle’s, a 137-year-old Irish pub, close at the end of October after selling its liquor license to a steakhouse chain; and Sorella’s, which drew lengthy lines on weekend mornings, flip its last stack of pancakes in March after 36 years.  In contrast, The Brynx, an apartment complex with an indoor climbing gym, among other high-end amenities, opened in May. You’ve heard this story before.

Still, I’d like to think that JP is staving off luxury apartment- and SoulCycle-domination, and that the Ethiopian, Cuban, Puerto Rican, and Dominican restaurants that line Centre Street are still driving forces behind the neighborhood’s character. The September opening of Jamaica Mi Hungry, a Jamaican restaurant that debuted across the street from the Jackson Square T station, gives me even more hope. Located in a former Mooyah Burgers, Fries & Shakes space, it’s the latest — but most monumental — step for the growing brand, which chef and owner Ernie Campbell founded as a catering business in 2012 before opening a food truck, followed by a seasonal restaurant in Hampton Beach, N.H., and a temporary kiosk in Kendall Square. 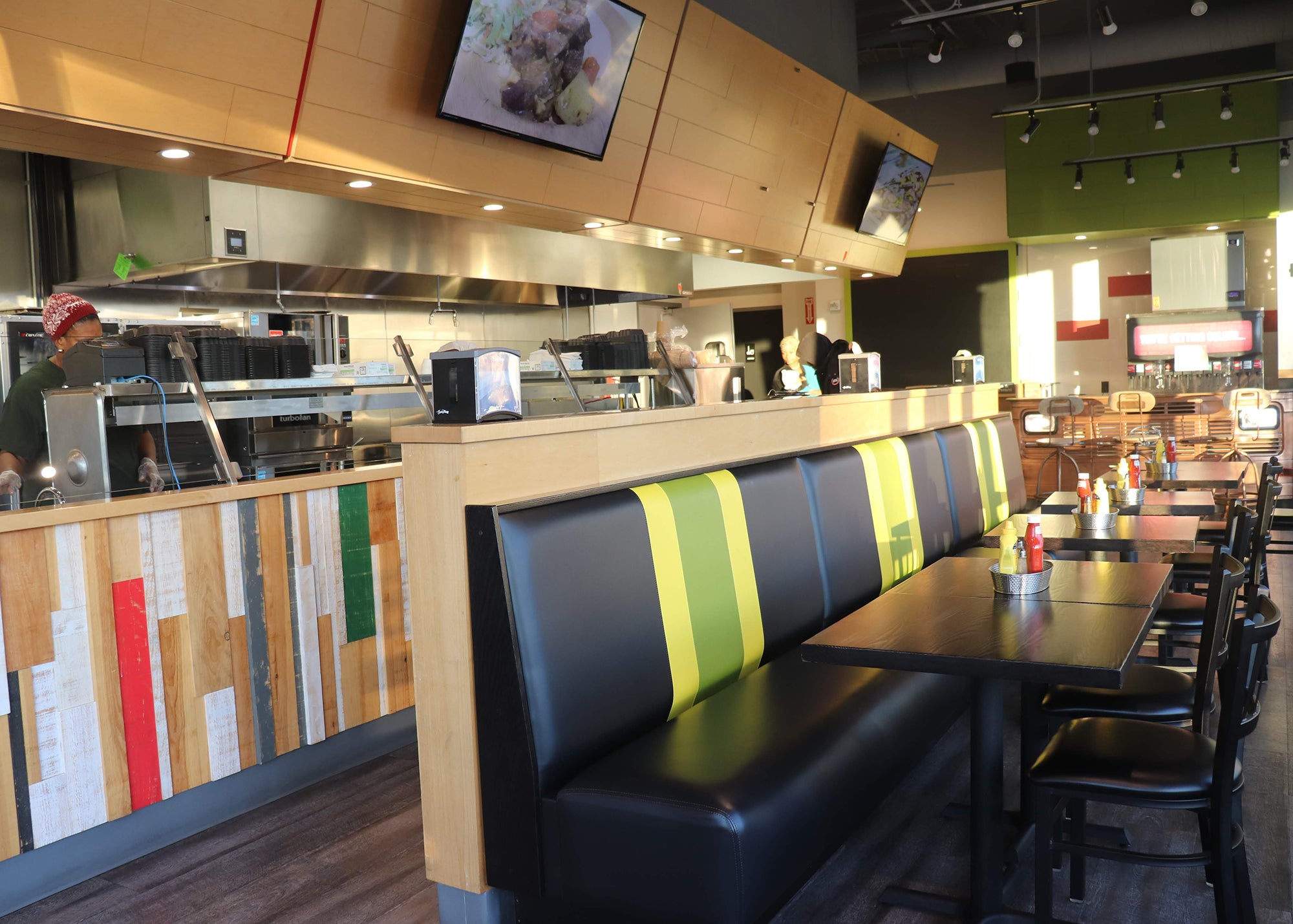 Although there are plenty of spaces to sit inside — booths, decorated in the colors of the Jamaican flag, line a partition; tables press up against floor to ceiling windows; and counter stools face the neighboring T station — Jamaica Mi Hungry is equally built for diners on the move. All orders are placed in to-go containers and filled behind a cafeteria line; at the end of the line, next to plastic utensils, sit two bottles of homemade condiments: BBQ sauce and jerk sauce. The former is sweet and tangy; the latter is herbaceous and fiery. They are both fantastic, and I found myself trying to pair them with everything I ate.

The menu mostly revolves around a selection of entrées ($12–$15), all available with your choice of two sides. Alongside the curry chicken, pork ribs, steak tips, jerk tofu, oxtail, coconut shrimp, curry goat, and fish of the day (market price), there is jerk chicken, a signature Jamaica Mi Hungry item. Campbell excels at crafting heat that builds slowly, and the jerk marinade that seeps into this tender, shredded chicken is first mild, then attention-grabbing, and lingers long after your last bite. You may be asked if you want a tropical chutney spooned over your chicken. Say yes — it’ll help quell the heat. A small ‘Sandwiches & Patties’ section of the menu includes meat and veggie patties, as well as a jerk chicken sandwich that encases the marinated meat in a soft roll. 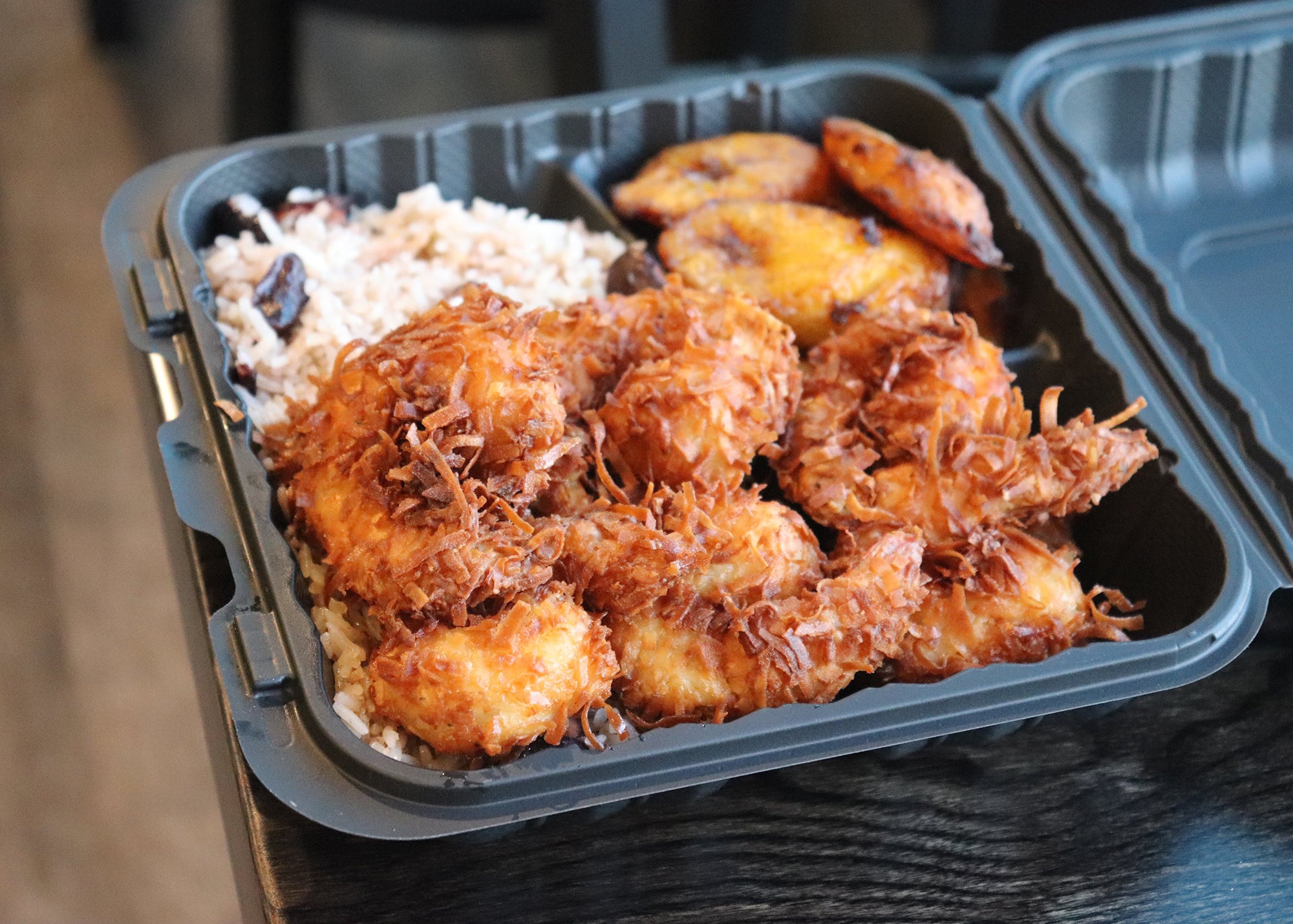 While many of the entrées are kept warm on the line, some are made-to-order, like a satisfyingly crunchy coconut shrimp and, even better, the garlic shrimp, whose plump, heavily buttered bodies are tossed with slices of red pepper and onion. “It’s worth the wait,” said one of the cooks as he threw a pad of butter onto a skillet while I watched. He wasn’t wrong.

Jamaica Mi Hungry’s sides game is strong, whether they’re included with an entrée or added separately for $6. The plantains are cut thick and hefty, caramelized to perfection. The Ernie’s rice and beans are lovely on their own, even better drizzled with jerk sauce. The Brussels sprouts might convert a child who’s usually averse to the vegetable, and the macaroni and cheese, while slightly overbaked on a recent visit, still warranted plenty of repeat bites. My favorite, though, is the curry vegetable stew, a medley of cauliflower, zucchini, chickpeas, and onions, thick with spices and soul-warming on a snowy night. You can wash it all down with Jamaican sodas ($3) kept in a fridge behind the counter, which range from the cream soda-esque Kola Champagne to the tart, grapefruit-flavored Ting. A small, unused bar sits at the back of the restaurant, which will eventually be stocked with Caribbean beers like Red Stripe. 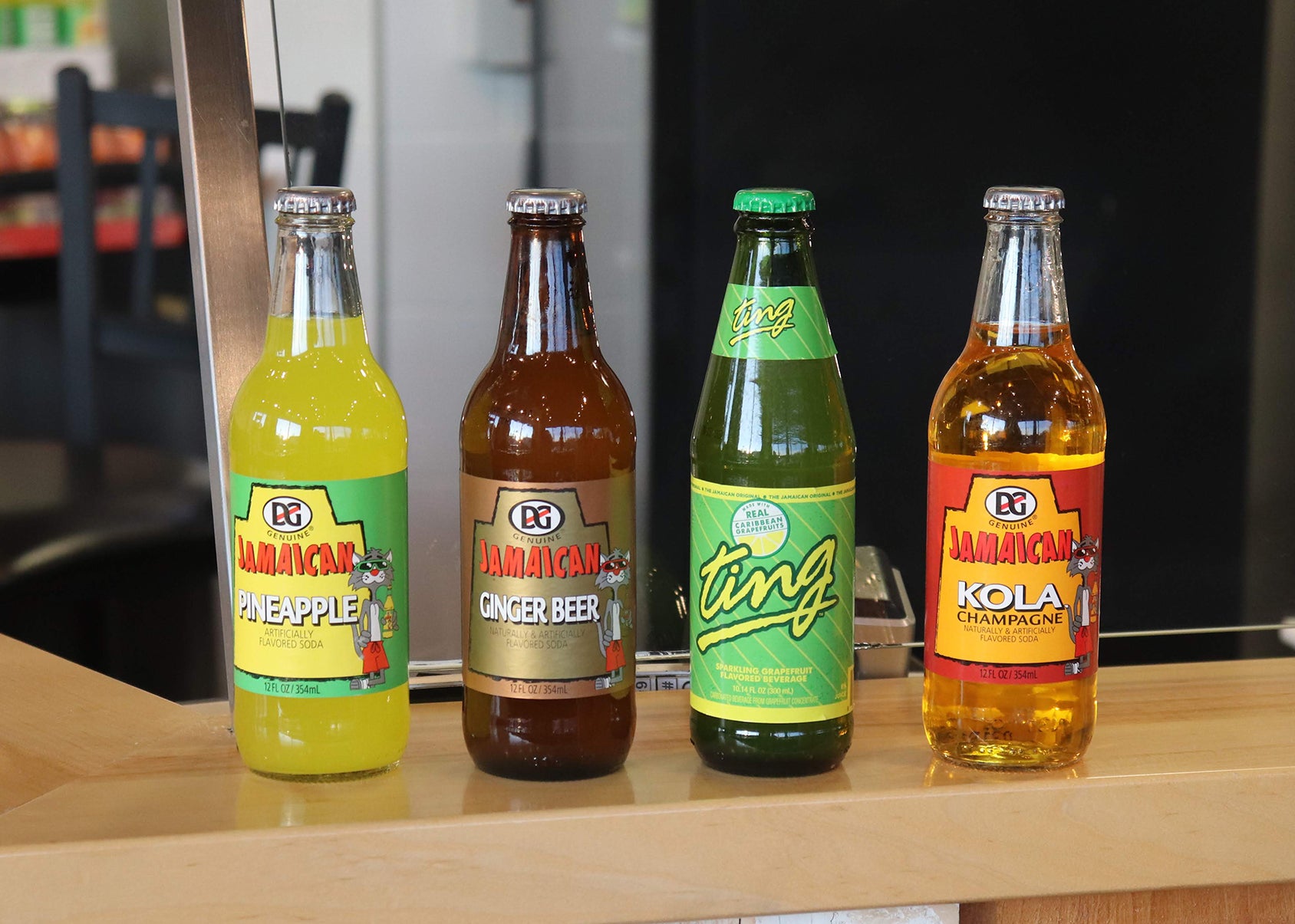 Campbell isn’t reinventing Jamaican food, and it’s easy enough to find other Caribbean restaurants in Boston — though many are concentrated in Dorchester and Mattapan, where places like Taste of Eden, Blue Mountain Jamaican Restaurant, Island Style, and Only One Jamaican Restaurant also serve goat curry, jerk chicken, and plantains. But to open a sizable new Jamaican restaurant in a neighborhood where, less than a mile away, a luxury apartment complex is touting an indoor bouldering wall, is a testament to Campbell’s vision.

“Most of the other Jamaican restaurants are just open in black neighborhoods,” Campbell previously told Boston.com. “I wanted to go mainstream.”

And I will take this kind of mainstream over a SoulCycle any day. 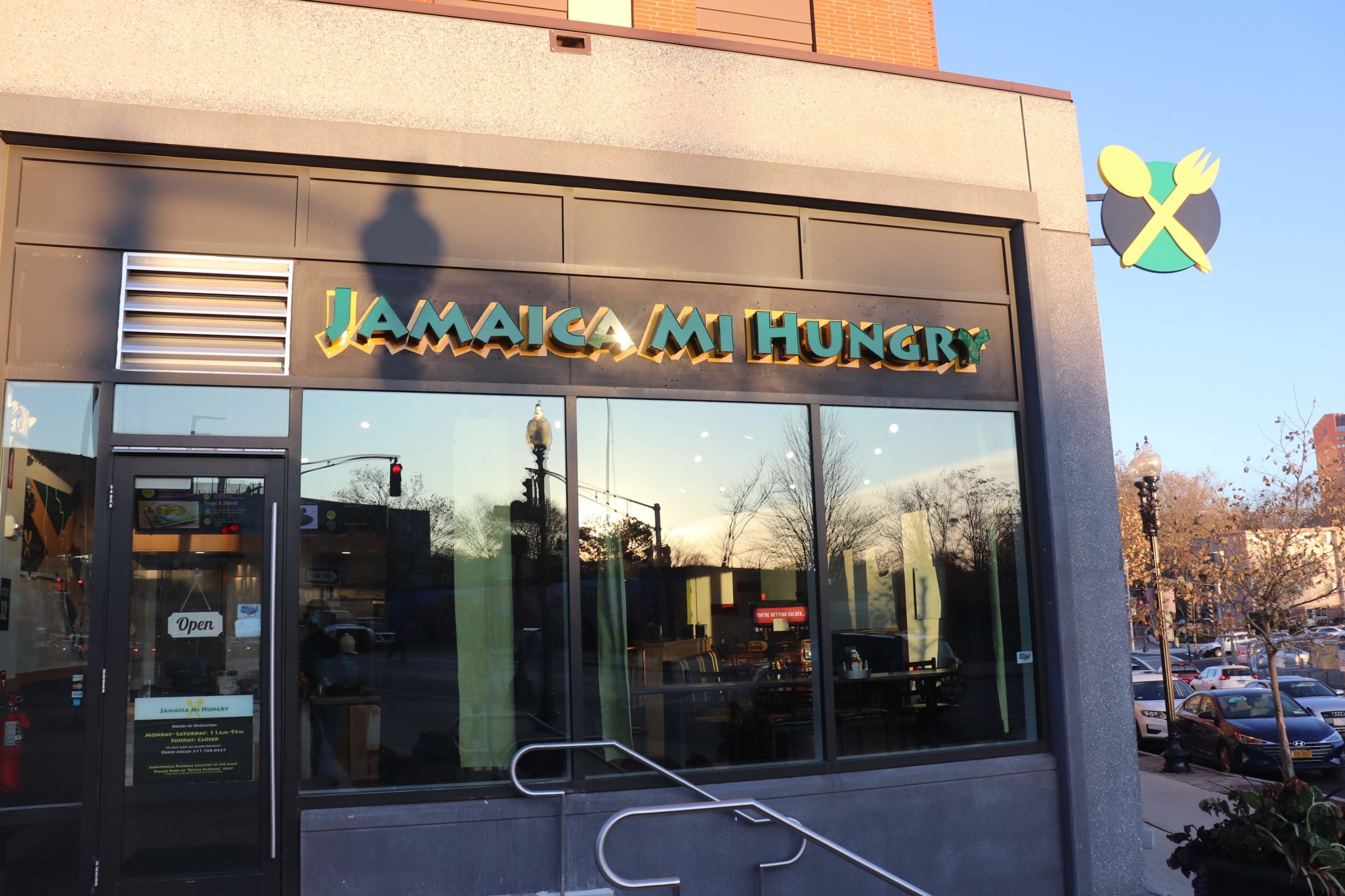 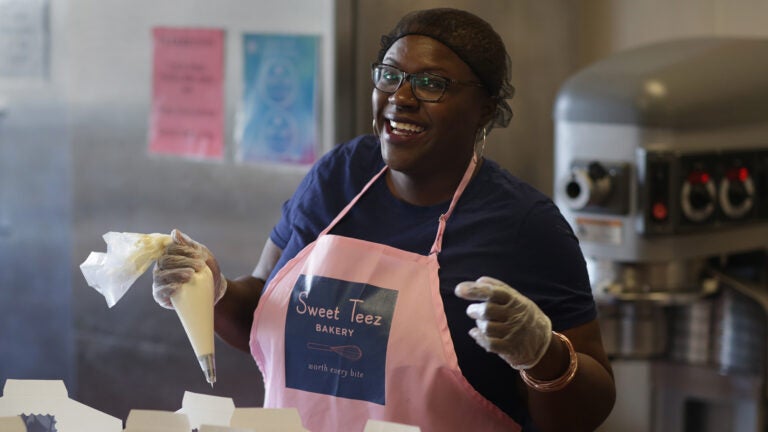 The dishes that shaped some of Boston’s Black restaurant owners