OpenTable recently released its annual list of the top 100 restaurants in America, and two local restaurants made the cut.

Brassica Kitchen in Jamaica Plain and The Table at Season to Taste in Cambridge landed on the unranked list, which is determined by ratings from OpenTable diners. In order to be considered for the list, restaurants must have been part of the OpenTable network for the past 12 months, with a minimum overall rating and number of qualifying reviews.

Brassica Kitchen, which originally began as a pop-up called Whisk, opened in Jamaica Plain in 2016 across the street from the Orange Line’s Forest Hills station. The intimate cafe serves coffee, sandwiches, and baked goods during the day, and an eclectic, rotating lineup of seasonal fare for dinner; current dishes include risotto koji, curried dates, and mushroom fried rice. More than 700 OpenTable diners gave the restaurant a score of 4.9, sharing comments like “Brassica is more than a neighborhood spot. It’s an experience.” and “This was one of the best restaurants we’ve ever been to in Boston period!” 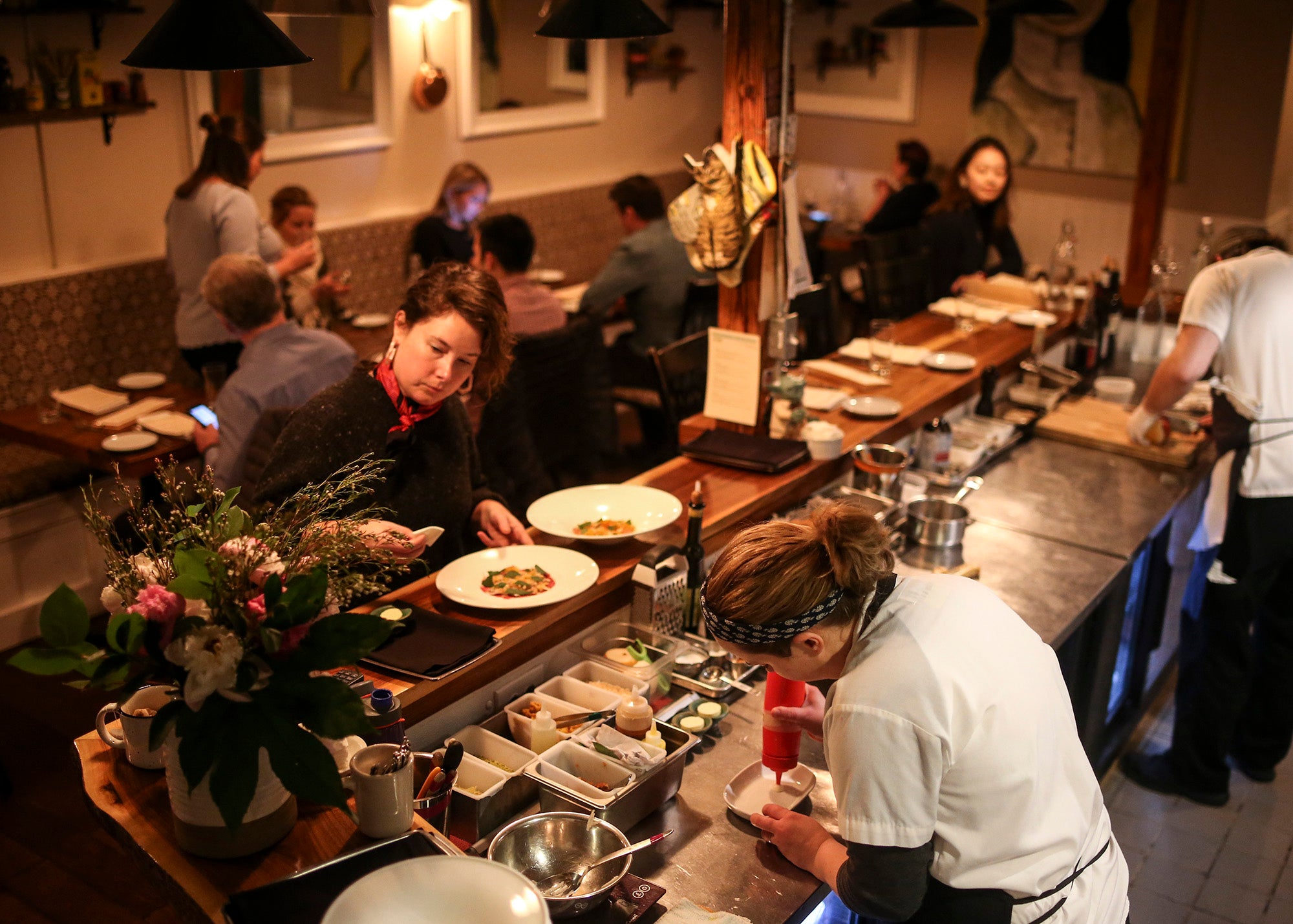 Chefs at The Table at Season to Taste in Cambridge prepare dishes while customers are seated.

Over in Cambridge, The Table at Season to Taste made the list for a third straight year. Chef Carl Dooley creates four-course prix-fixe menus at the restaurant, which opened in 2016, highlighting dishes like sweet potato agnolotti and butternut squash braised monkfish. The 20-seat dining destination received a score of 4.9, with more than 750 OpenTable diners leaving reviews. “From beginning to end it was a special experience,” wrote one diner, while another said it was “Easily one of the best meals my father and I have ever had in our lives. We can’t stop talking about it!”

California, Florida, New York, and Pennsylvania were among the states with the most restaurants named on the list, and French, American, and Italian cuisines were well represented.