Last weekend, I ordered a plate of knockout latkes at Our Fathers, a modern Jewish deli and gin bar in Allston. They arrived thick and golden, avoided the greasy pitfalls of so many I’ve tried in recent memory, and were served with a heavily-spiced applesauce that I could have tossed back by the gallon. They were some of the best I’ve tried in Boston, though I’m now on a roll and would love to know: Have you found any that you feel just as strongly about? Please tell me about them in the comments, or shoot me an email at [email protected]!

This weekend, there are plenty of opportunities to find — and make — truly great latkes. There’s also a chance to hunt down free (yup, free!) caviar, check out a new happy hour deal, or say goodbye to a Chinatown legend. And if you’re not trying to avoid all-things Christmas, you have one more chance to take advantage of a Christmas dinner steal in Somerville (hint: there’s chocolate mousse involved).

Have a great weekend, and may perfect potato latkes be in your future. 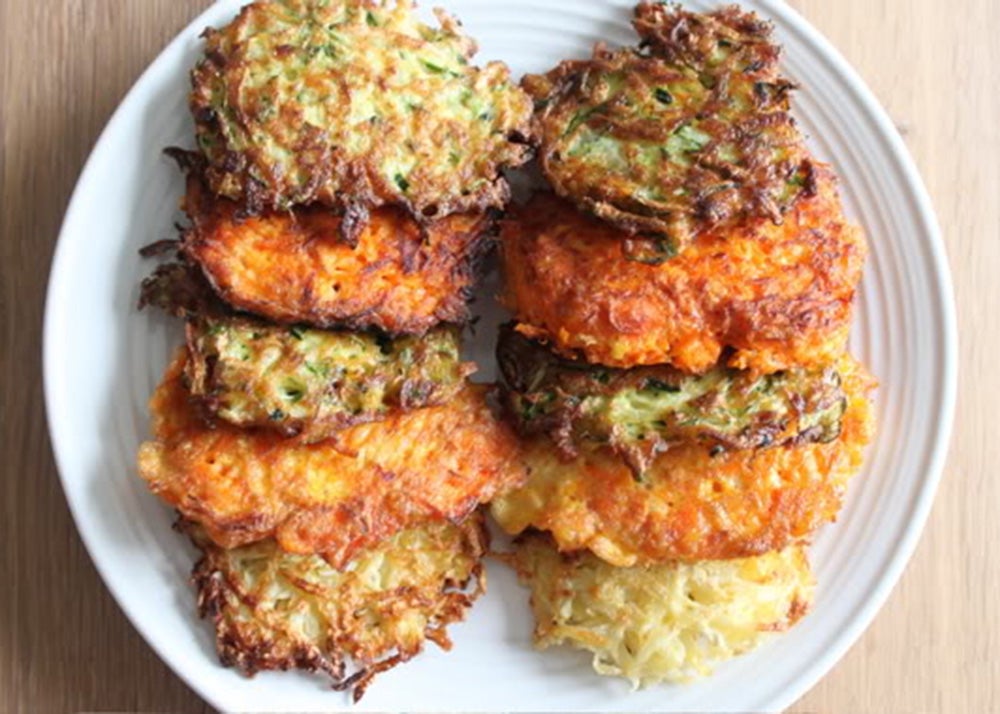 The first night of Hannukah begins on Sunday, and with it, every good reason to eat latkes as frequently as possible. At Stillwater, chef Sarah Wade will offer eight days of latkes, each with a unique twist. Stop by for carrot ginger latkes with turmeric sour cream, beet latkes with sour apple jam, or classic latkes with chive sour cream. Prior to that, you can have your own lesson in making latkes at Mamaleh’s, one of Cambridge’s go-to Jewish delis. On Friday, chefs Tyler and Rachel Sundet will show you how to make a perfect latke, complete with applesauce and garnishes (tickets also include one drink, appetizers, and recipes). And if a trip to Our Fathers for the aforementioned version isn’t in the cards, try Sheryl Julian’s recipe for truly fantastic latkes, one that I plan on using to make my own batch at home this weekend. 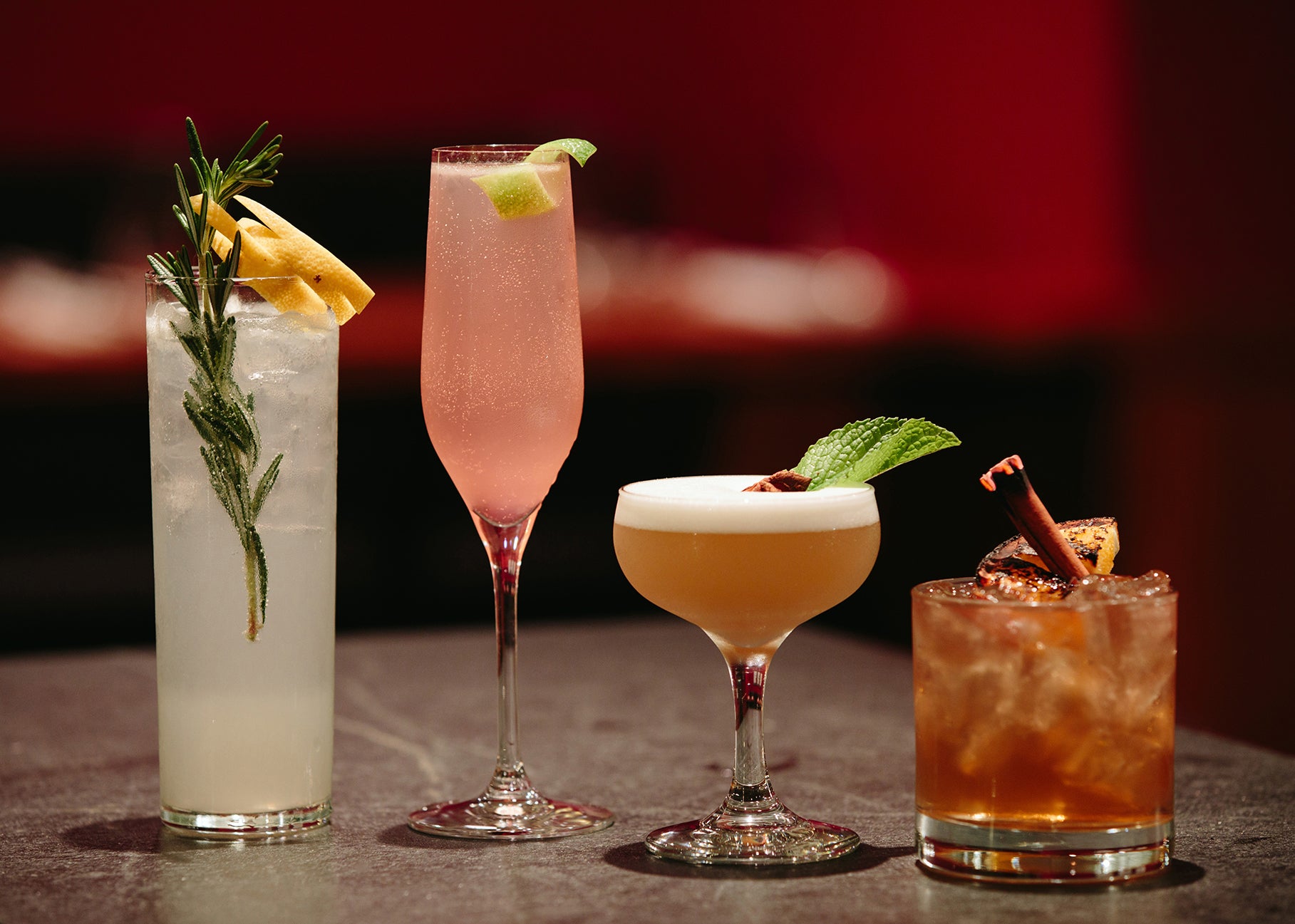 Fresh off a recently-acquired liquor license (from the iconic, now-closed L’Espalier, no less), Mooncusser Fish House in the Back Bay just overhauled its beverage program to include cocktails and expand on wine. James Patterson (ArtScience Culture Lab & Café and Buttermilk & Bourbon) is heading up the cocktail list, which includes additions like a spicy gin Collins and a cinnamon-smoked old fashioned. Meanwhile, sommelier Theresa Paopao has revamped the wine list with both coastal and classic bottles. But the best part? Mooncusser also just launched a $1, $3, and $5 bar bites menu Mondays through Saturdays from 4 p.m. to 6 p.m. I’m looking forward to hunkering down at the bar with a cocktail and dollar oysters, $3 deviled eggs, and $5 fish tacos. (304 Stuart St., Boston) 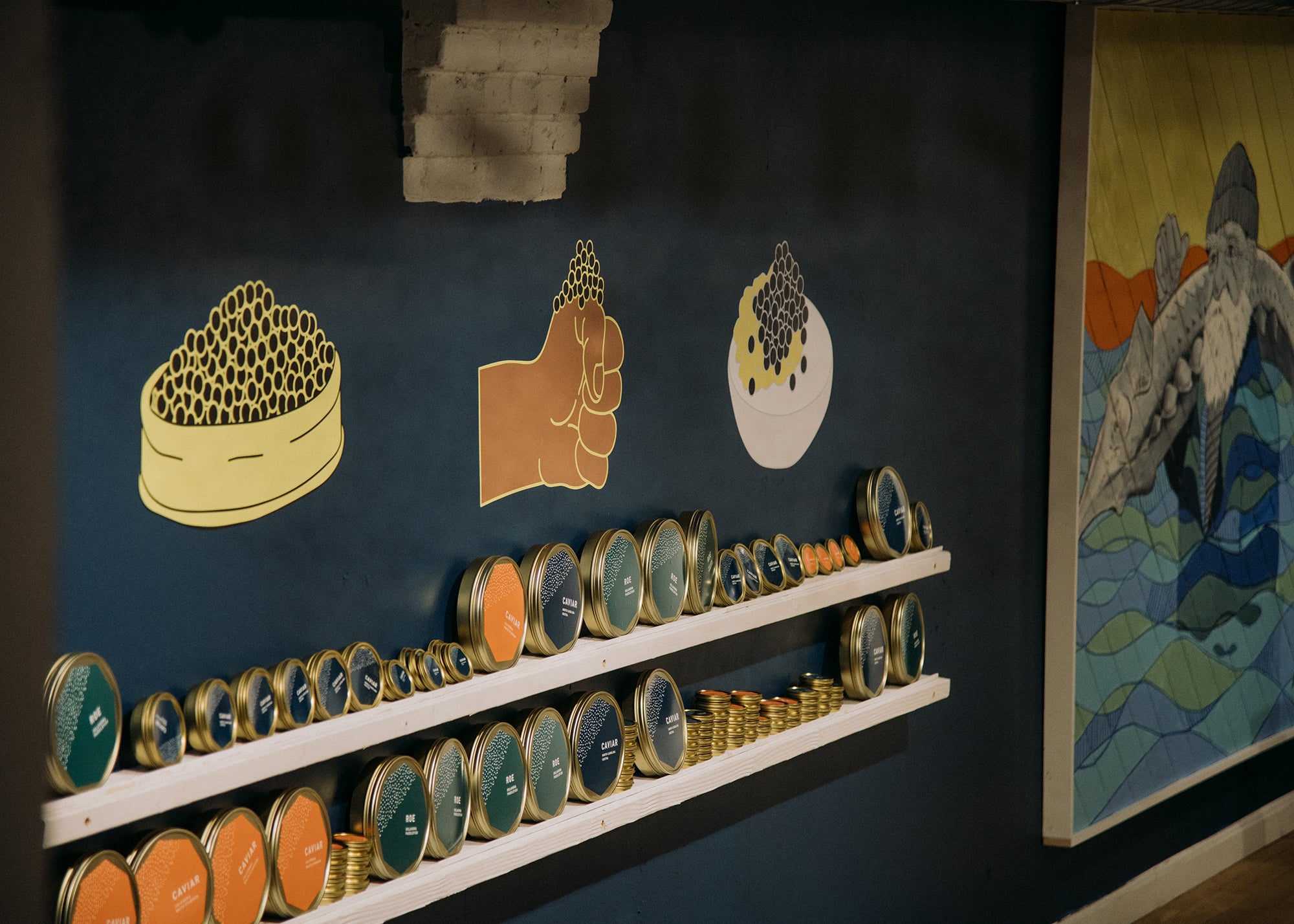 There’s a lot of caviar talk around the holidays, but for those who are intimidated by the salt-cured roe — or balk at the often high price tag — a new pop-up offers the chance to test the waters. The Island Creek caviar pop-up, hosted by Duxbury-based Island Creek Oysters, opened on Newbury Street earlier this month with tins of paddlefish roe, osetra, and white sturgeon caviar, as well as oysters and themed merchandise (think vintage French oyster plates and shucking knives). On Dec. 21 and Dec. 28 from 1 p.m. to 6 p.m., shoppers can join shuckers from the Duxbury farm for complimentary caviar samples — a surefire way to see if it’s worth buying an entire tin. (299 Newbury St., Boston) 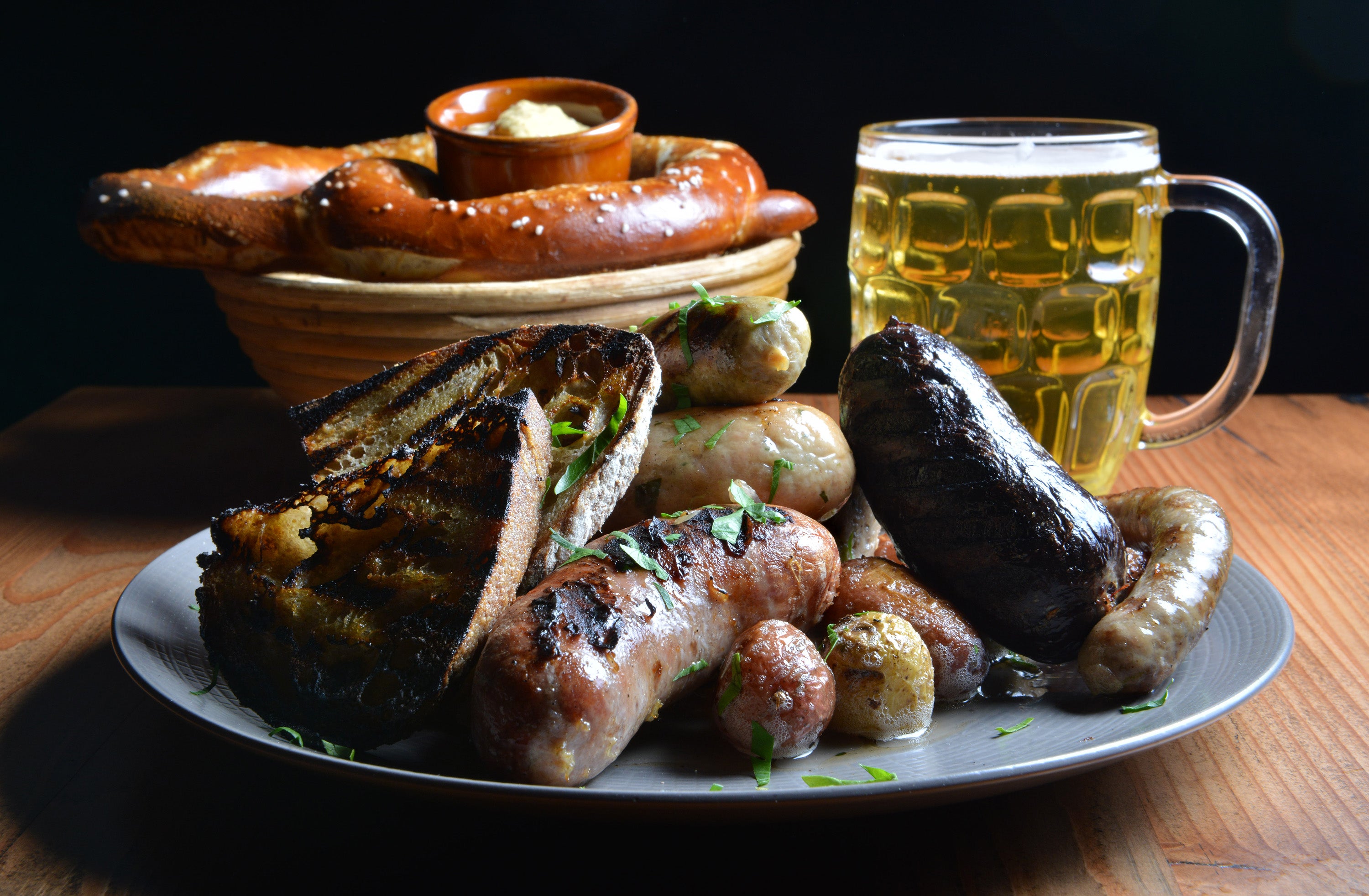 Bronwyn brings a little taste of Germany and Austria to Somerville’s Union Square.

It’s the last weekend to take advantage of Bronwyn’s stellar Christmas dinner deal: a three-course tasting menu for $35. Until Dec. 23, diners will be able to tuck in for a multi-course feast that features kastaniensuppe (chestnut soup with fried celery and roasted apples); duck roast with braised red cabbage, bacon, and black cherry BBQ sauce; and chocolate mousse with cherries and whipped cream. The Somerville restaurant is known for their expansive beer selection, so you’d be wise to tack on a wine and beer pairing ($15) if you can swing it. (255 Washington St., Somerville)

5. Say goodbye to BLR by Shōjō 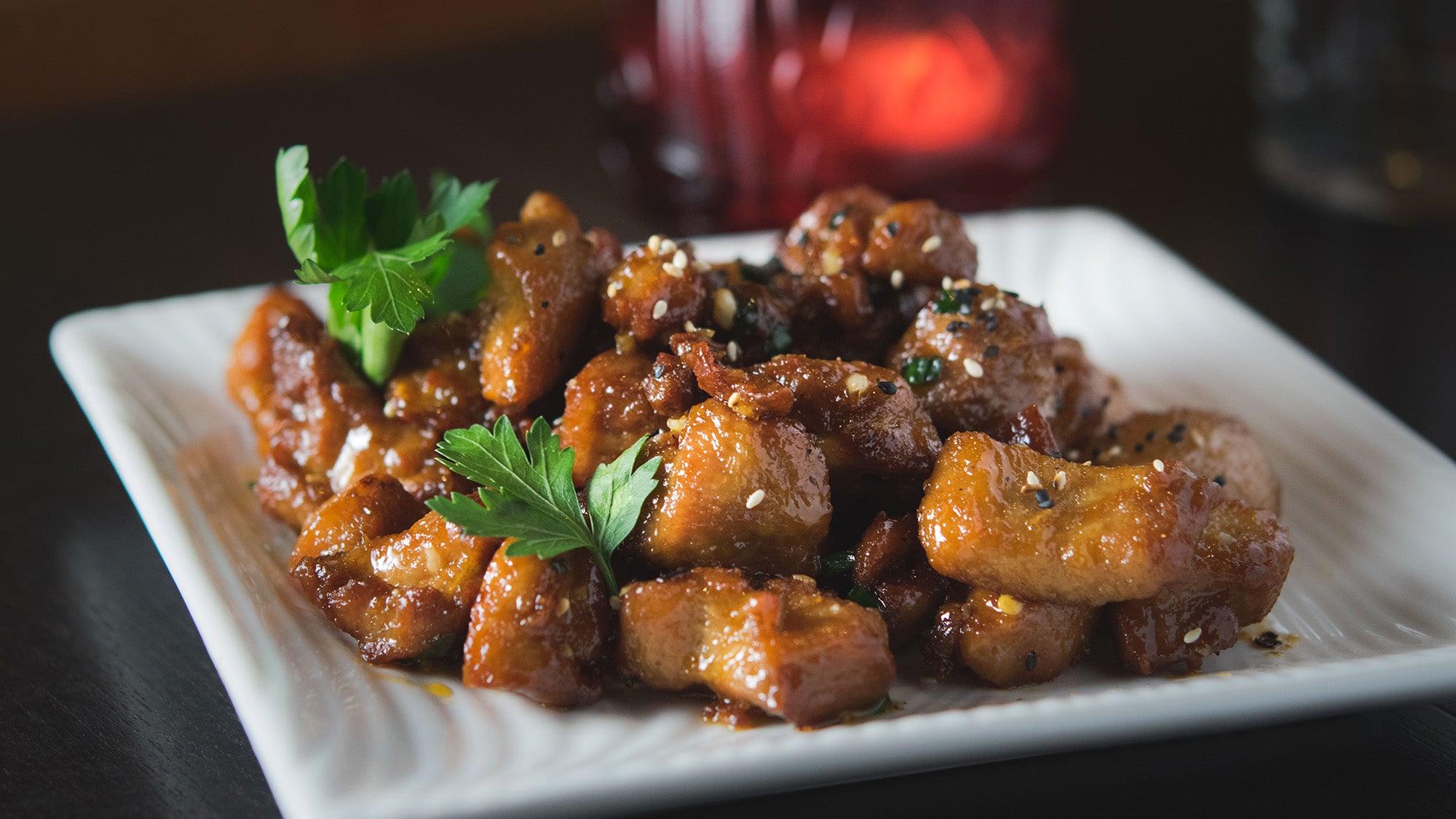 You may have already heard the news, but BLR by Shōjō will serve its last plate of soy-garlic chicken on Saturday, as the Chinatown restaurant is set to close after nearly four decades in business. It’s a real bummer, but owner Brian Moy is working on a new project in the area — another concept below sister restaurant Ruckus (5 Tyler St.), which is going through its own changes by adding a brand new drink menu and izakaya-inspired bites. Here’s the move this weekend: Say your goodbyes at BLR for dinner, then hit up Ruckus for some sake or beer to usher in a new chapter. (13A Hudson St., Boston) 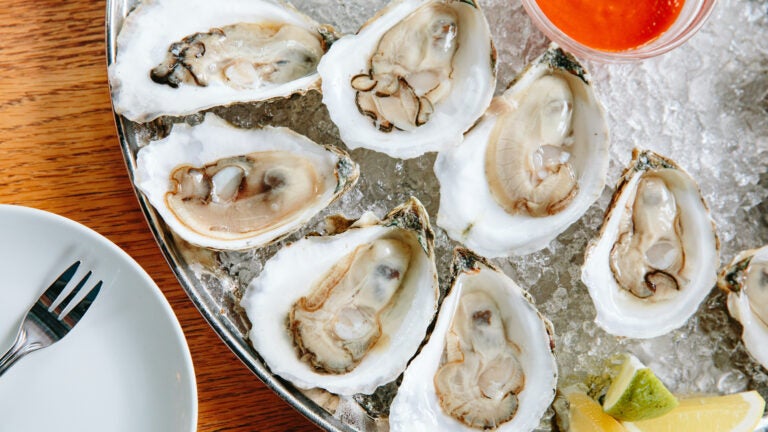