Take a moment to rearrange your dinner plans this month: The Boston Black Restaurant Challenge returns for a third year, calling for Bostonians to dine at four Black-owned restaurants in February. And with roughly 70 restaurants participating this year (take a look at the list below), you’d be wise to choose more than four.

State Representative Chynah Tyler launched the initiative in 2018 based on similar events taking place across the country, beginning in Baltimore. It’s an idea that Greater Boston — a region where, as of 2017, the medium net worth of Black households was $8 — fiercely needs.

“The Boston Black Restaurant Challenge was created three years ago to become a solution to the financial insecurities faced by many Black-owned restaurants in Boston,” Tyler wrote in an email to Boston.com. “The challenge has grown to become a free promotional tool for Black restaurants to promote themselves to different communities… More than half of Black-owned restaurants fail within the first year, and I want this challenge to be one of the causes that changes that.”

On Saturday, the Boston Black Restaurant Challenge will host a kickoff party at Darryl’s Corner Bar & Kitchen, located at 604 Columbus Ave. in the South End. Starting at noon, the restaurant — known for its Southern comfort food and live music — will celebrate with an all-you-can-eat buffet brunch, drinks, local DJs, raffles, and special guests.

This year, Tyler shared, diners can also pick up a Black Restaurant Passport listing the participating restaurants; the individual who dines at the most Black-owned restaurants throughout the month will win a catering prize, which will be funded by the Boston Black Restaurant Challenge committee.

Darryl’s owner Nia Grace helped Tyler spearhead this year’s challenge. One aspect of her role has been to revamp and expand the list of participating restaurants.

“I looked at that list, and it was really incomplete,” she said. “So I put some time in and really worked on it. I think last year there were 38 restaurants listed, and this year there are around 70 different restaurants.”

She said that most restaurants have been able to use their own platforms, like social media, storefronts, and word of mouth, to promote the challenge, but that she’s hoping for a more expansive marketing campaign in the future.

While dining at four Black-owned restaurants in February is the basis of the challenge, it should serve as a catalyst to frequent even more Black-owned eateries throughout the year. For inspiration on where to start, check out the event’s list of suggested restaurants below: 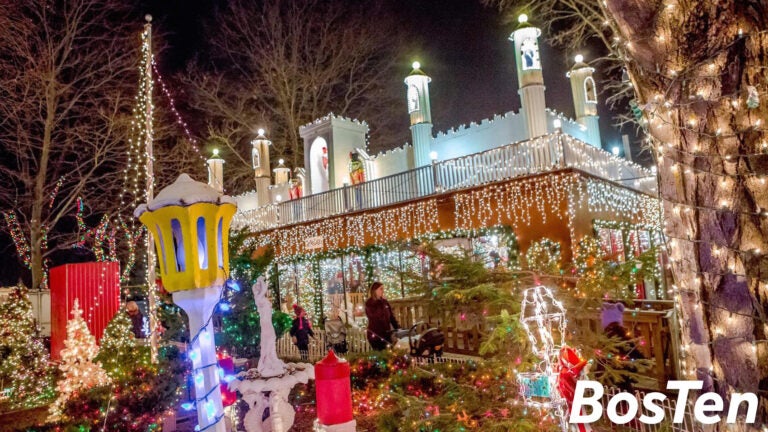