Claiming to make Southern food can force strict scrutiny from a homesick Southerner in New England. As a native Texan, I feel I have some authority when it comes to certain topics like fried food, portion sizes, and the meaning of “hot.”

Which is why I was intrigued by Lily P’s Fried Chicken and Oysters, Chris Parsons’s fried chicken joint in Kendall Square that opened in November. It’s a destination to watch the game, shoot darts, and shovel inordinate amounts of food into your mouth. The restaurant certainly delivers on the portions, offering good value alongside an impressively deep beer and spirits list — tequila for days.

Lily P’s is split into two types of dining experiences: The dining area, which features an open kitchen, offers patrons well-spaced tables with high booths: suitable for conversation, business meetings, entertaining clients. The larger bar area, which features an open kitchen, is for those seeking a bustling social vibe that’s loud and full of rambunctious sports fans and shuffleboard players. 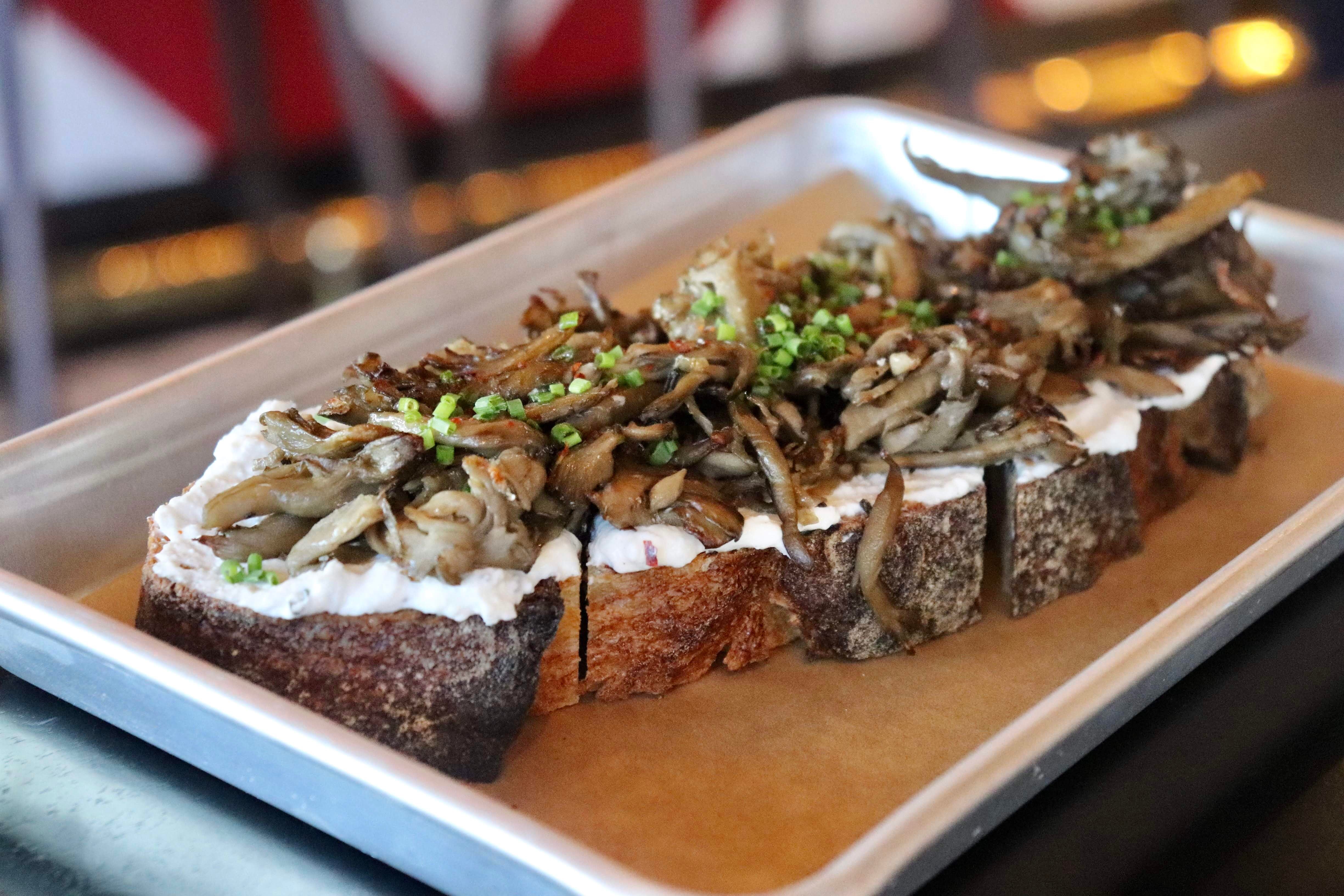 The food was a slam dunk, especially if you’re a deflected Southerner. The cornbread ($8) was delightfully buttery and moist, with crunchy, caramelized edges and a zippy chili pepper jam that had just a touch of heat. The Applefield Farm popcorn ($2) was served with curly pieces of freshly shaved parmesan shredded over the top — nearly impossible not to over-indulge in (and a speedy delivery for those verging on hangry). The sweet and sour blistered shishitos ($8) offered a nice balance of sweet, tangy, and spicy, while covered in crispy, crunchy bits (a sesame seed mix) for a finger-licking basket of peppers. The mushroom toast ($9) was aromatic and earthy— although the schmear of ricotta was lost, it functioned well for a textural element. Grilled corn ($7) slathered in gooey cheese and covered in corn flakes that will stick to the insides of your teeth was a bit of a let down with a lack of seasoning and corn flake “dust.” If the corn flakes hadn’t been completely pulverized, so as to maintain some of their crunchiness, this dish would have been a home run.

The house specialty, the Lily P, the fried chicken sandwich (without the bells and whistles offered on other specialty sandwiches) was tasty: the breading was thick and evenly distributed; the chicken was buttermilk-brined and juicy. Pimento cheese and chow chow (pickled pepper relish) accompanied the chicken on a glistening Hawaiian roll. The sandwich was assembled with care, which was notable for this former chef and line-cook because sometimes when the line gets busy, things can get sloppy: The cooks get stressed, things can be thrown together — this was not the case. I watched nearly 10 sandwiches go out at a time, with an assembly line of toasted buns and delicately shaped pimento patties being gently put together and plated with attentiveness. While the extra pickles served on the side were necessary for a kick of acidity, all of Lily P’s fried chicken sandwiches are $12, offering great quality and value for multiple palates. But, while you don’t often hear that Southern food ever needs more salt, I found nearly everything I tried was under seasoned — even the pickles. 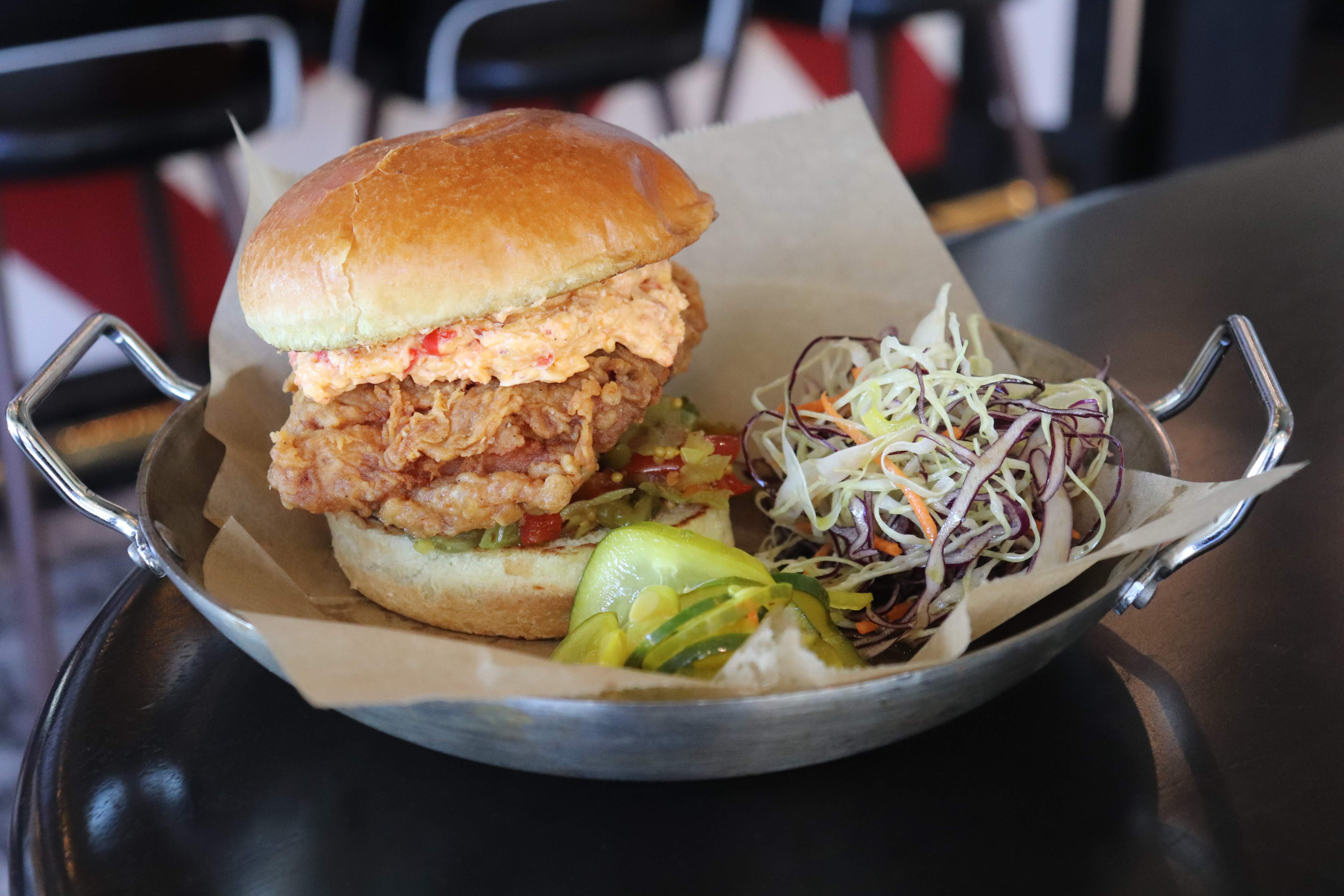 For anyone seeking to try all of the flavors that Lily P’s has to offer, for $3 apiece you can order the “Gimme Gimme Chicken Tendies” in original, hot, or black pepper honey flavor. The “hot” is Memphis-style hot, but don’t be afraid — it’s more smokey than the kind of spicy that might burn your face off. Another $4 will get you a side, such as the Carolina Gold rice grits, a rich, creamy side item, covered in fresh green scallion tops, to cool residual burn any New Englander palate may feel.

It is clear that Lily P’s isn’t trying to reinvent the wheel, but it provides the classics that any homesick Southerner craves. I’d try it again, next time for the oysters, which are served with Premium brand saltines and Crystal brand hot sauce, the accouterments I grew up eating in Houston. I’d try the quieter side of the restaurant next time. Newcomers should sit at the chef’s counter, though — order a bowl of sweet and tangy peppers or a platter of fried chicken, and watch the cooks’ camaraderie unfold. 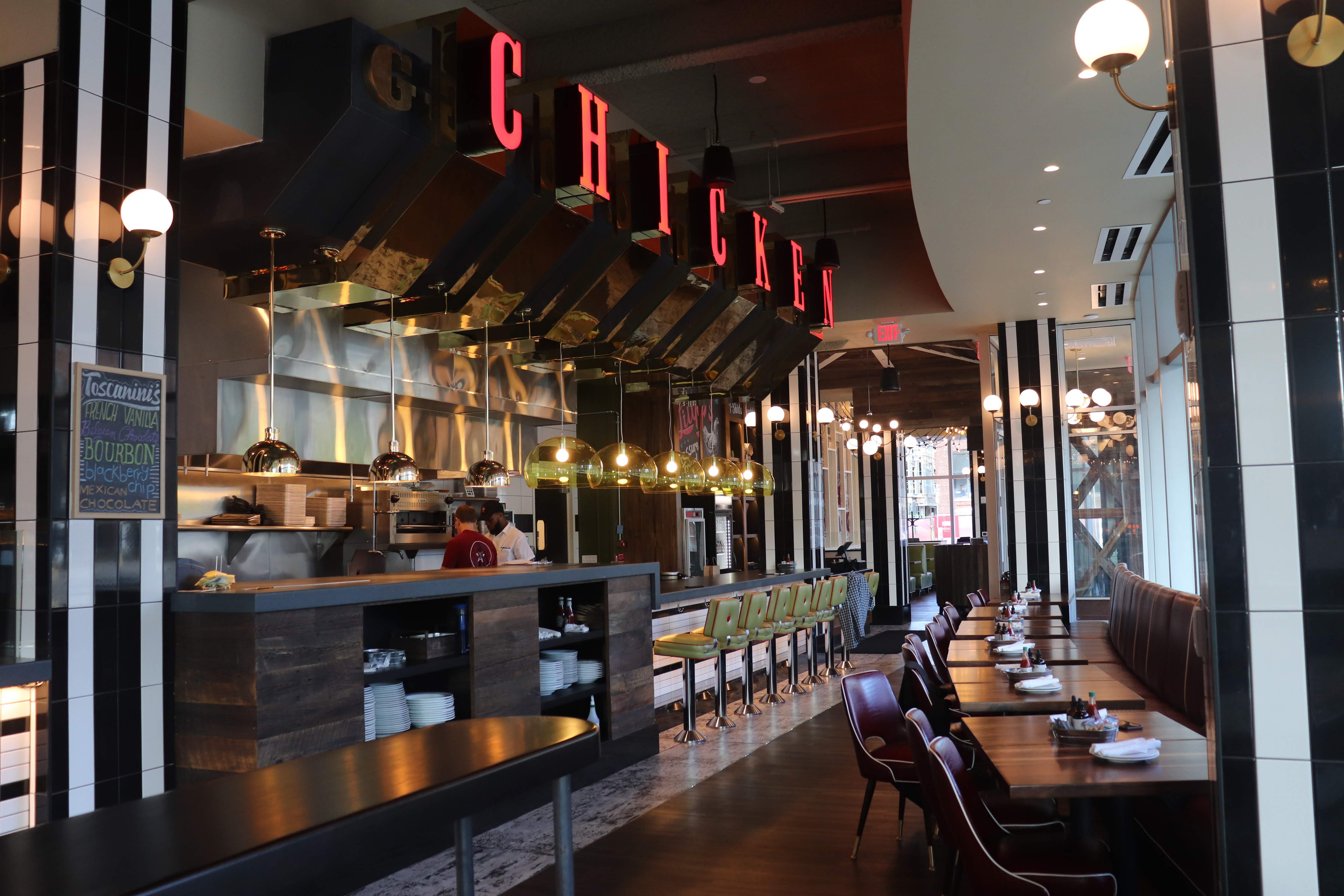 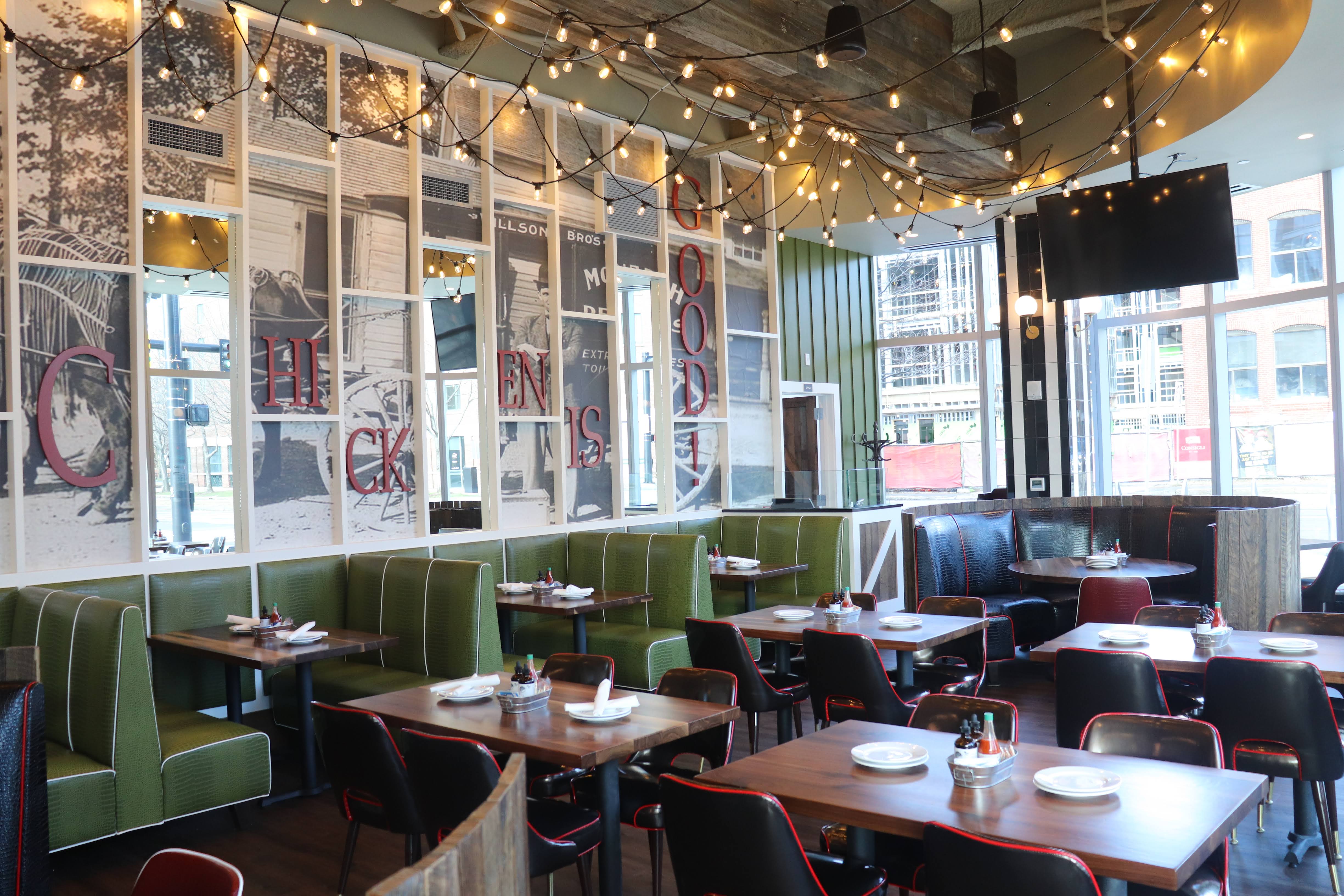 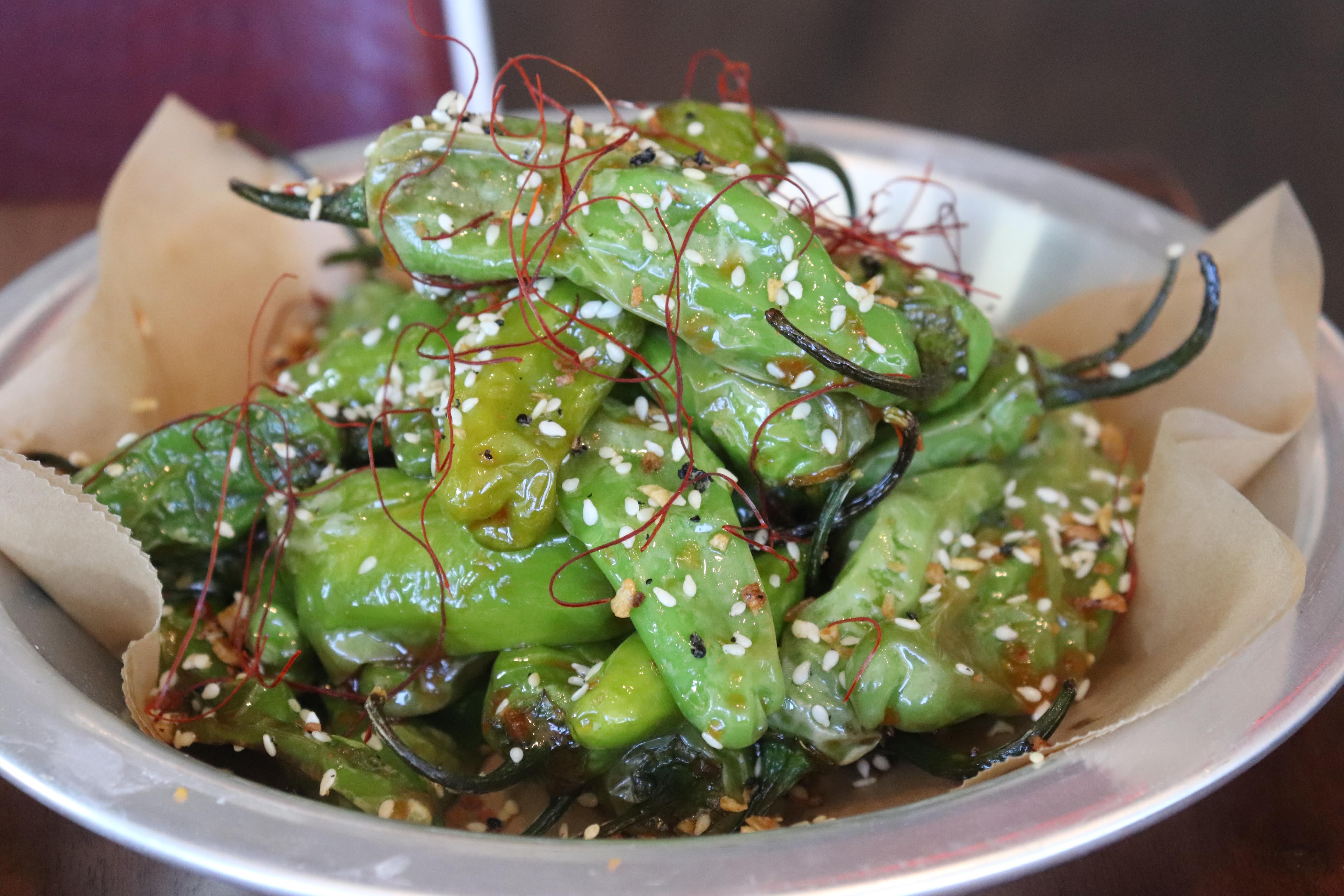 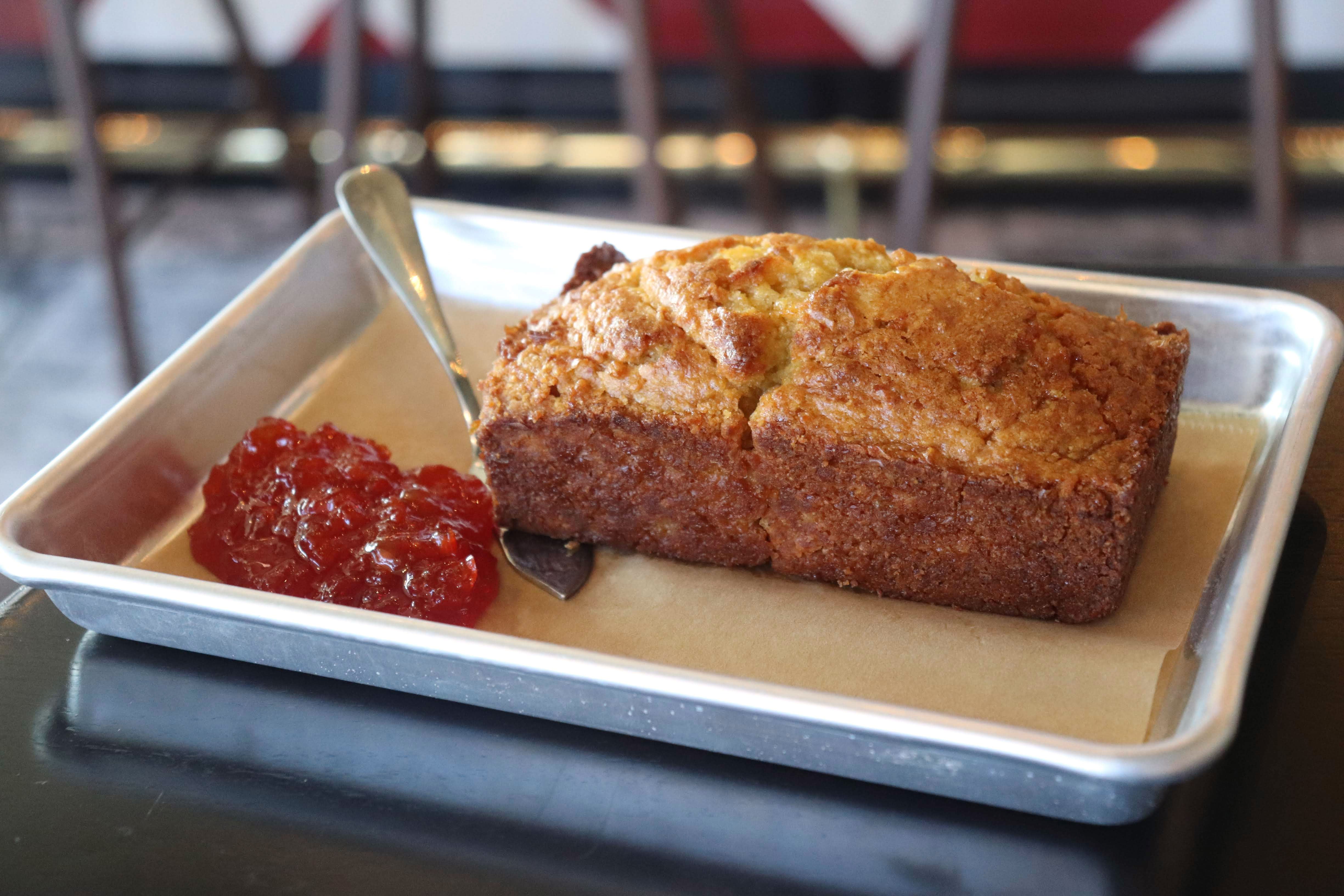