50Kitchen
Chef-owner Anthony Caldwell opened 50Kitchen at the tail end of January and held a grand opening earlier this month, more than two years after securing the Fields Corner space. It was worth the wait: Caldwell has crafted a fusion menu that melds Southern and Asian American cuisine, resulting in dishes like jambalaya egg rolls, kimchi and collard greens, and smoked banh mi with a Southern twist. (1450 Dorchester Ave., Boston) 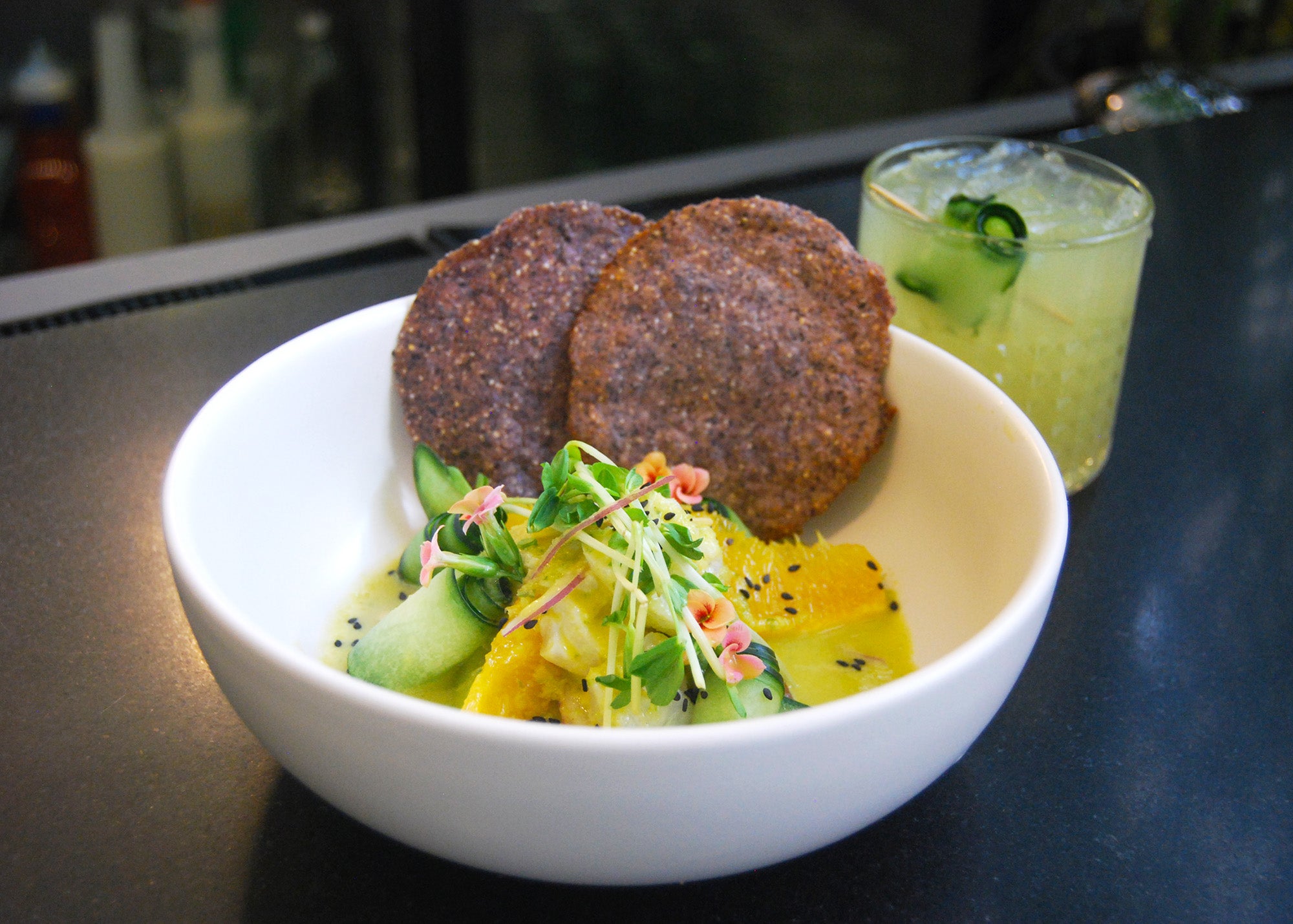 Barra
It may be tiny, but Barra packs a mighty punch. The Somerville newcomer aims to capture a snapshot of Mexico City’s bar scene, with owners and Mexico City natives Paola Ibarra and Yhadira Guzmán leading the charge. Within the former juice bar, diners can sip from an impressive selection of tequila, served as both pairings and cocktails, and peruse a menu that features snacks like taco de chile relleno, tetala with cactus salad and grasshoppers, and aguachile — all created by chef Sofia García Osorio, a Mexico City star in her own right. (23A Bow St., Somerville)

Cósmica
Another Mexican newcomer, Cósmica opened in the South End’s Revolution Hotel earlier this month with tacos, esquites, and a killer cochinita pibil. Chef Colton Coburn-Wood, who made a name for himself in the taco game at Yellow Door Taqueria, traveled throughout Mexico to gain inspiration for his menu, which also includes a secret taco of the day (check Cósmica’s Instagram for the password!). Under hanging plants and dreamy lighting, guests can order beer, wine, and cocktails to pair with their spread — like the not-too-sweet Plastic Flamingo with rum, blackberry, orgeat, ginger, and bitters. (40 Berkeley St., Boston) 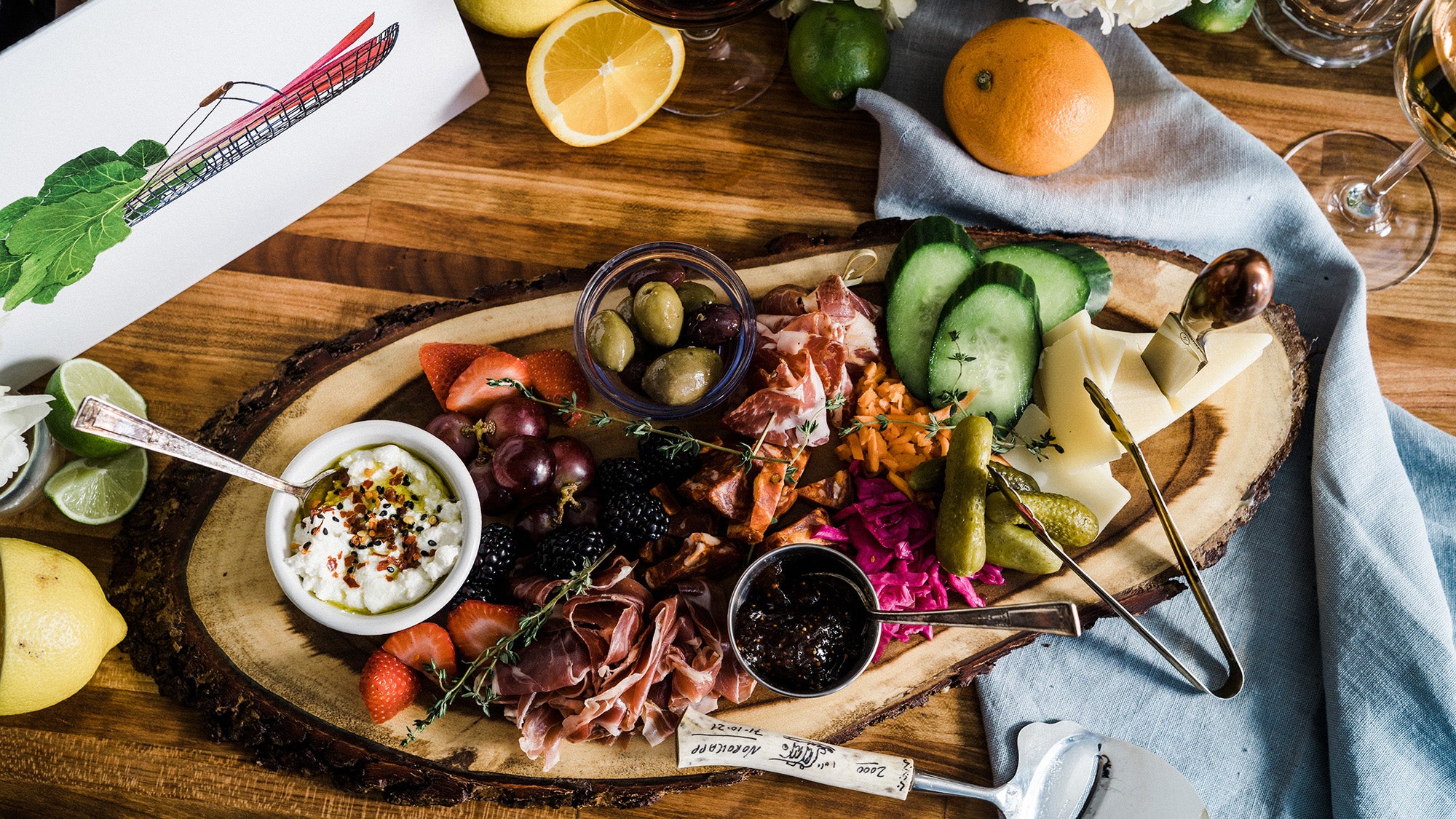 Cheese board at Flora’s Wine Bar.

French Quarter
It’s only fitting that French Quarter, a New Orleans-inspired restaurant in Downtown Crossing, debuted the night before Mardi Gras. All the classics are here: red beans and rice, fried catfish, gumbo, jambalaya, crawfish, plus drinks that would make anyone from the Big Easy proud, like Hurricanes and French 75s. French Quarter is currently serving dinner only, but will start lunch service the first week of March. (545 Washington St., Boston)

Krasi
You’ve heard of tableside guacamole, but tableside tzatziki? That’s worth waiting around for. Krasi, a new Greek restaurant in the Back Bay from the team behind Committee and GreCo, doesn’t take reservations, so snagging a table may require a little patience. Once you’re settled in, though, there’s plenty to make you stay: fresh Greek bread baked daily, braised octopus, fried mussels, and moussaka tartare, plus the most extensive list of Greek wines in Boston, with over 180 bottles to choose from. (48 Gloucester St., Boston) 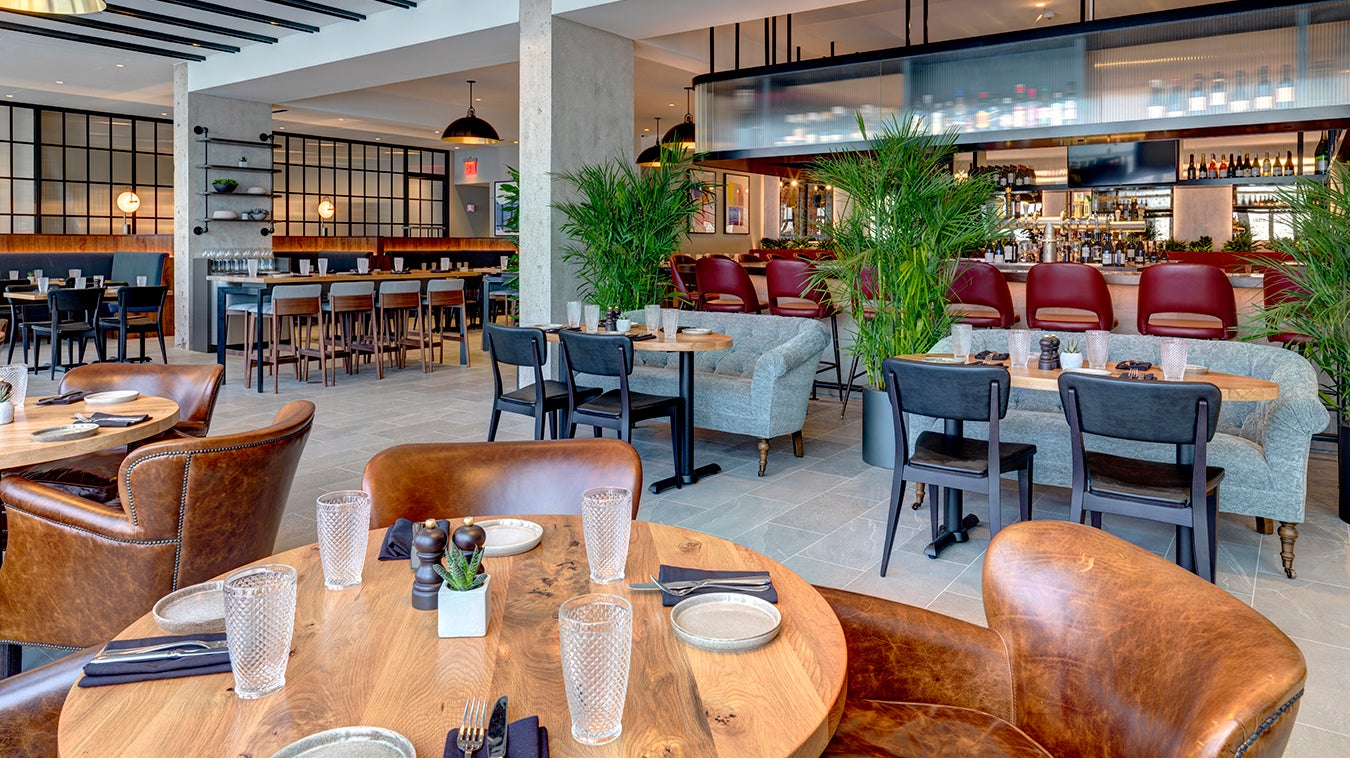 Lucie drink + dine
It may be attached to a hotel, but LUCIE drink + dine is designed for everyone, hotel guest or otherwise. The all-day restaurant, which opened in the former, much-loved Brasserie Jo space in the Back Bay, has options for vegetarians, vegans, and gluten-free diners, and a menu that ranges from an ultra-creamy stracciatella appetizer and a signature burger to a Maine lobster pie. Ice cream fans, take note: You can partake in the restaurant’s make-your-own ice cream sundae, featuring dozens of sauces and toppings and the option to order soft serve instead of ice cream. (120 Huntington Ave., Boston) 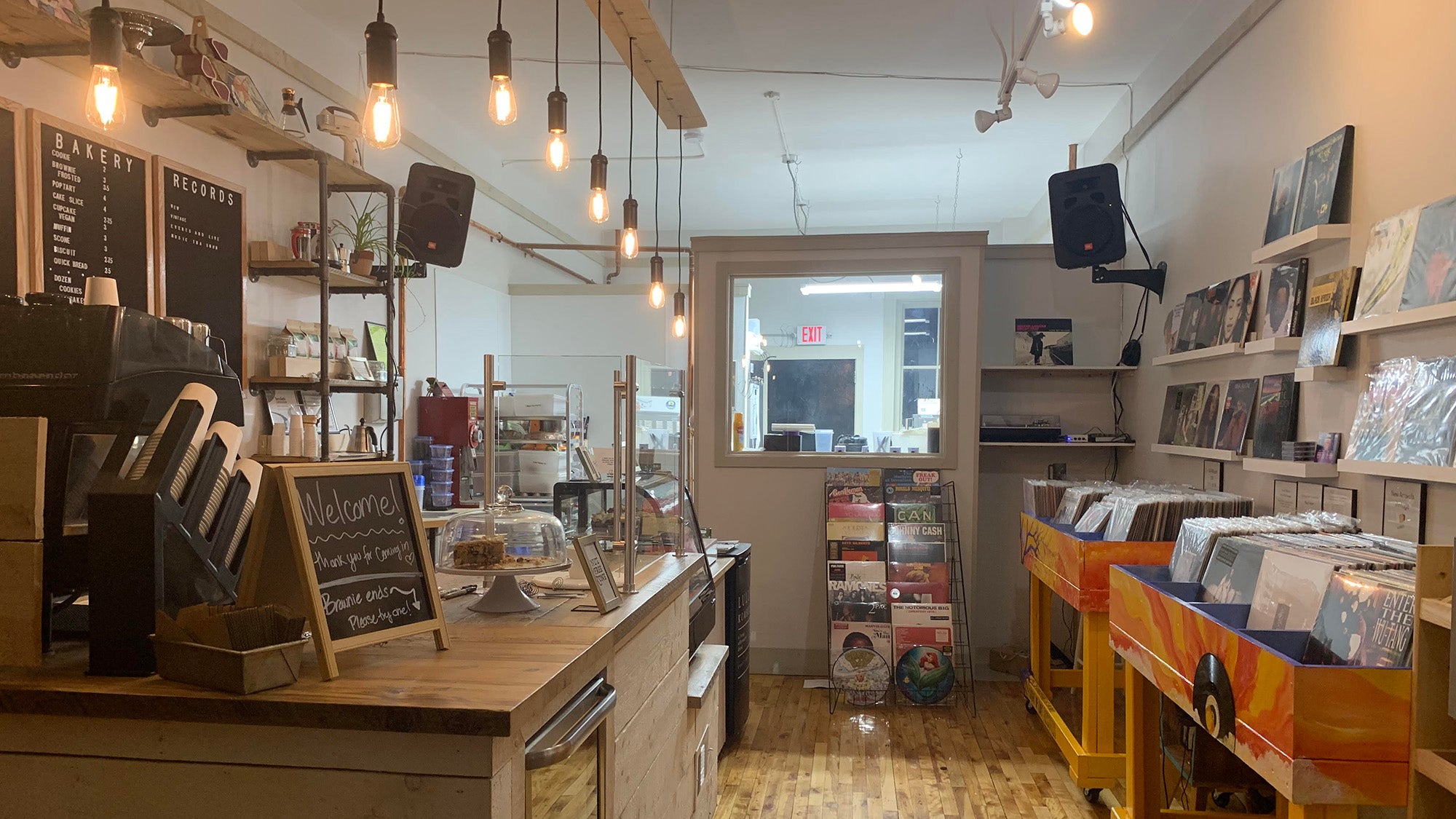 Monumental Market
Part bakery, part coffee shop, and part record store, this new Jamaica Plain concept is a one-stop-shop for your morning (and music!) needs. Friends Kelsey Munger, founder of Lavender Bee Baking Co., and Javier Amador-Peña, founder of El Colombiano Coffee, joined forces to open this delightful shop, later teaming up with Chris Antonowich, of Light of Day Records, to sell his records alongside their coffee and peanut- and tree-nut free baked goods. Stop by Tuesdays through Saturdays to pick up treats from all three. (36 South St., Boston) 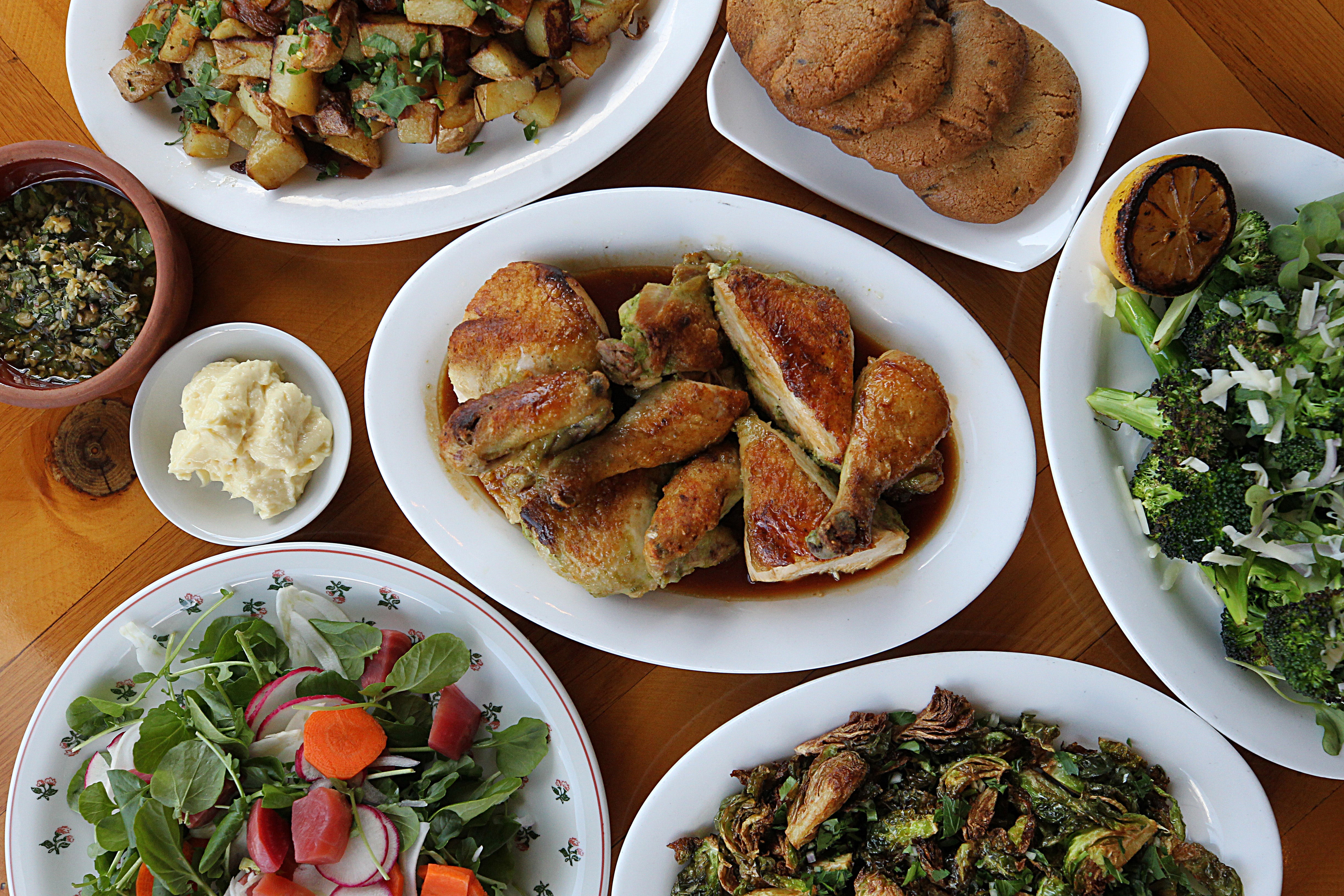 Lumière
While West Newton may have gained a wine bar this month, it will have lost a longstanding neighborhood favorite. After 20 years, Lumière announced that it was closing on February 29. “We’ve been there 20 years, and the restaurant has run its course,” chef-partner Jordan Bailey told The Boston Globe. “The market has changed quite a bit as far as upscale stuff goes in the suburbs. It’s hard to get out of that box.”

Meritage Restaurant + Wine Bar
After 17 years at the Boston Harbor Hotel, Meritage held its last dinner service on Feb. 15. The upscale dining room with views of the harbor will be turned into a private function venue. “Meritage has been an extremely special place for me over the past 17 years,” executive chef Daniel Bruce said. “I look forward to the future possibilities within this premier waterfront space.”