Led by Rockpoint Group, Rockhill Management, and food hall development advisors CANAdev, High Street Place will serve as a central hub for chefs, brewers, coffeemakers, and restaurateurs, all using the space as a launching pad for new restaurants or an expansion of their already popular concepts. Diners stopping by in the morning will find coffee, juices, doughnuts, and one of Boston’s most coveted breakfast sandwiches at their fingertips. Lunch and dinner vendors range from a pizzeria led by restaurateur Tiffani Faison and a Middle Eastern stall from the team behind anoush’ella to a Somerville stalwart known for its porchetta sandwiches. And the hall will be a bonafide drinking destination, with beer, wine, and cocktails offered at multiple vendors, plus a brewery and cocktail bar on site.

Within the 20,000 square foot space, which was designed by Gensler and Groundswell Design, the food hall will also serve as a social hub, offering live music, workshops, and a speaker series, along with an oversized LED video entertainment wall. When it opens, programming will kick off with a preview of Boston Calling’s seasonal Block Party series, though acts have not yet been announced.

Check out our guide to the 17 vendors that have been named so far, and stay tuned for the remaining vendor names to be released.

Bad Doughnut
Pastry chef and Harvard graduate Tess Wood and her wildly unique doughnuts have been a regular presence around local farmers markets, but she’ll have her first brick-and-mortar at High Street Place when it opens this spring. Find playful creations like the Chips and Giggles (a vanilla glazed doughnut topped with potato chips and a chocolate-hazelnut drizzle) and the Zesty Shades of Grey (an earl grey-glazed doughnut with lemon zest and rosemary).

Daiquiris & Daisies
Daren Swisher and Joseph Cammarata know their way around a bar: The two Boston hospitality pros have shaped the bar programs at places like Hojoko, backbar, and jm Curley. Now they’re teaming up to form Daiquiries & Daises, a cocktail bar highlighting original cocktails and classic libations with a twist, like a pineapple daiquiri and an amaro-based daisy. 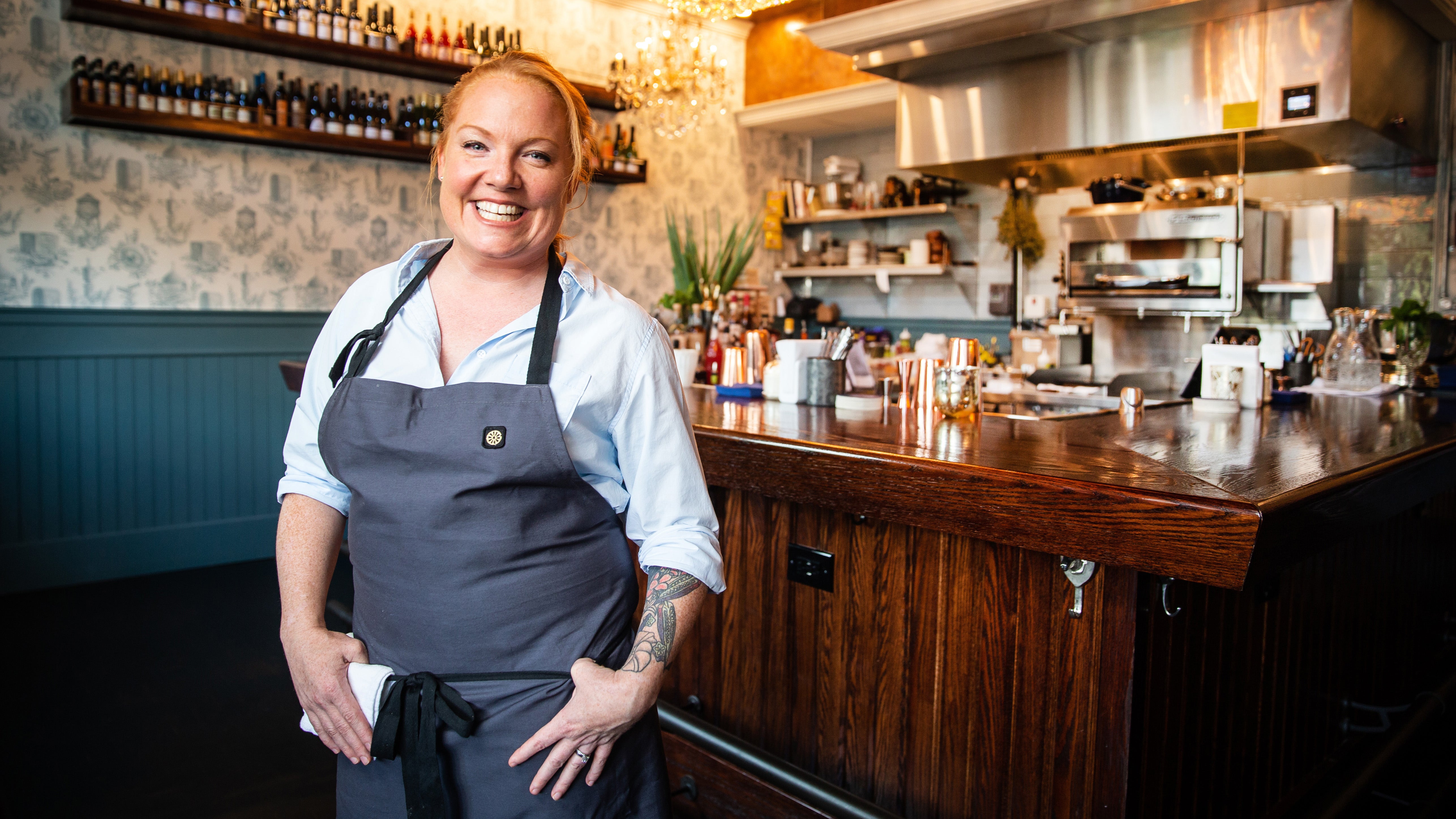 Dive Bar
Tiffani Faison has spent the past few years building a hit list of award-winning restaurants in the Fenway, including Sweet Cheeks, Tiger Mama, Fool’s Errand, and her latest project, Orfano. At Dive Bar, one of her two concepts at High Street Place, she’s drawing from both the north and south, with potential dishes including lobster rolls, po’ boys, and peel-and-eat shrimp.

The Farmacy Cafe
Building on its success in Newton and the Seaport, The Farmacy Cafe will debut its third location at High Street Place, bringing fresh, healthy fare to the downtown food hall. Breakfast toasts and smoothies will serve as a welcome morning meal, while salads and rice bowls will be available in the afternoon. 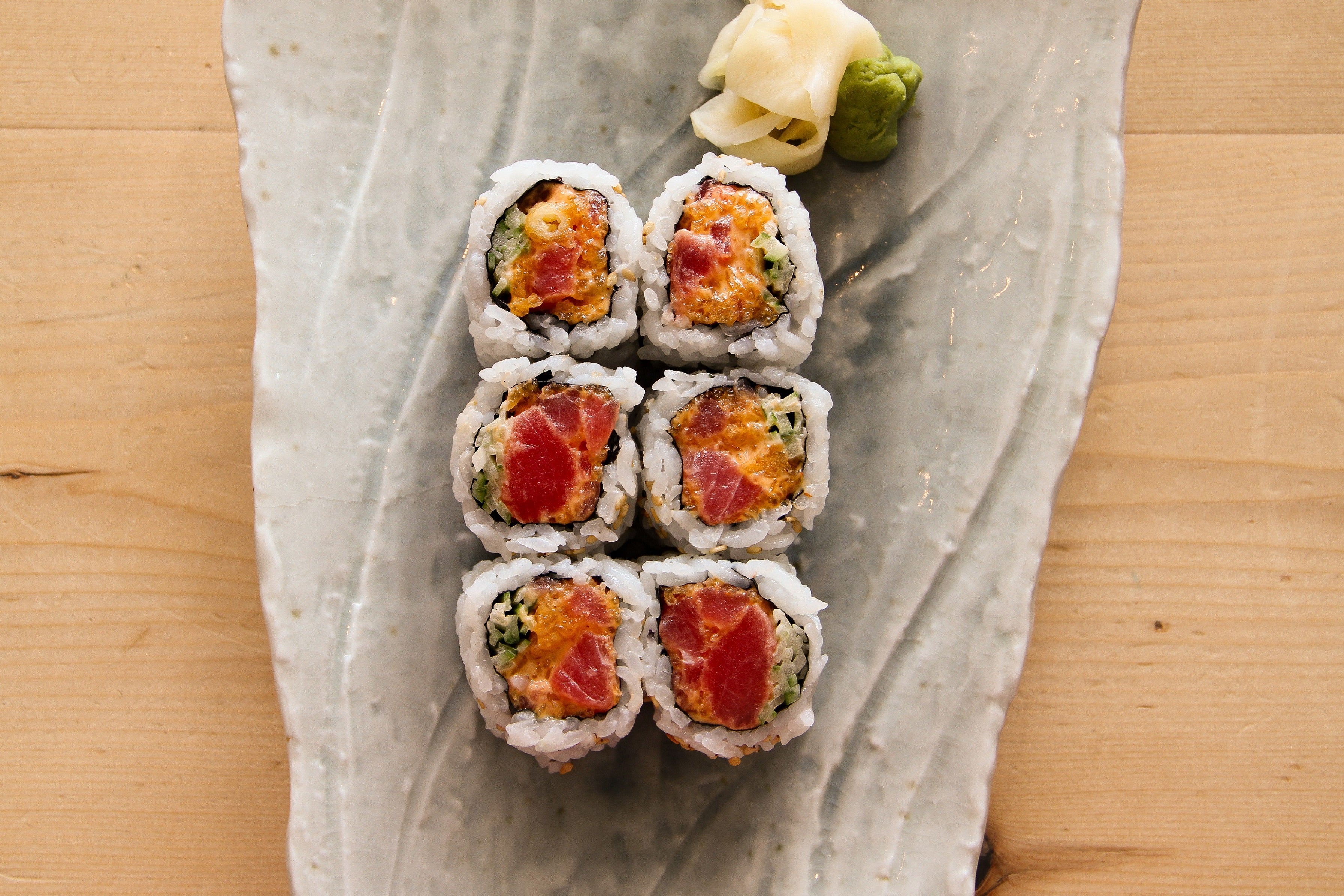 Fuji at High Street Place
The JP Fuji Group is expanding to High Street Place with a ninth restaurant, this time focusing on sushi and popular items from the other Fuji locations, plus dishes designed exclusively for the food hall. To drink: Japanese sake, beer, and whiskey.

Gorgeous Gelato
Coming to High Street Place for dessert? Portland, Maine-based gelato shop Gorgeous Gelato will open its second location at the food hall, with husband and wife team Donato Giovine and Mariagrazia Zanardi serving a lineup of all-natural gelato in flavors like hazelnut and dark chocolate. In addition to signature items like gelato cannoli and a gelato panini, there will be Italian cookies, pastries, and gelato-based cocktails. 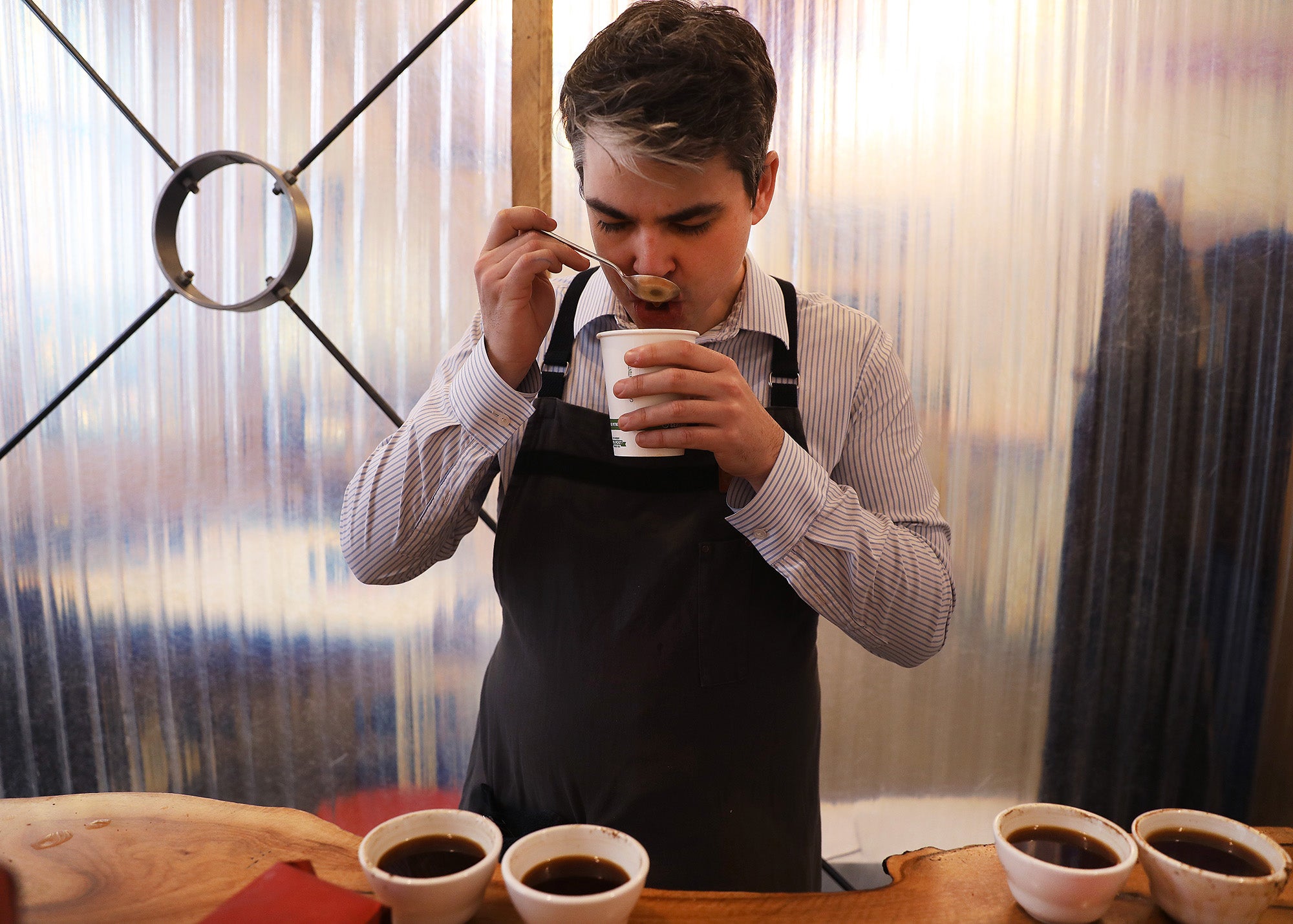 Gracenote Coffee
This tiny espresso bar in the Leather District will expand with a third location at the food hall, serving its usual lineup of espresso drinks, seasonal beverages, and tea. But, like its recently opened second outpost in Cambridge, it’s also adding a late-night vibe to its new location with the addition of coffee cocktails and wine, encouraging diners to linger long after their coffee break is over.

Humoveh
From the manager behind anoush’ella comes Humoveh, a Middle Eastern concept where stuffed flatbreads and sandwiches are the main event. Diners can pick up beef or chicken shish kebab bowls, while vegetarians might be drawn toward mezze options like spicy feta dip, hummus, and eggplant dip. 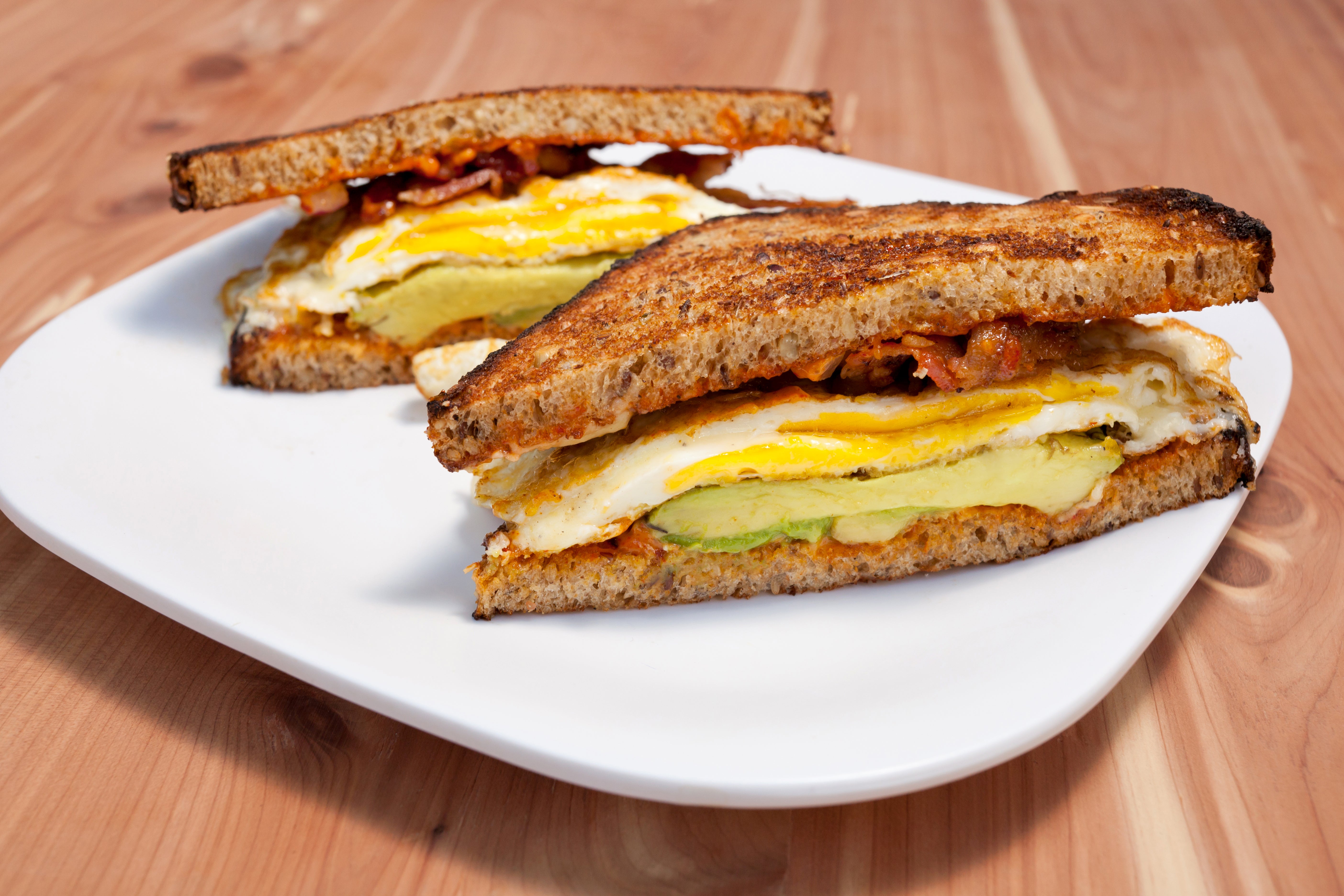 Mike & Patty’s
You know Mike & Patty’s from its blink-and-you’ll-miss it corner bodega in Bay Village, where early-morning lines form outside the door as diners wait to order one of the menu’s coveted breakfast sandwiches: the Fancy, perhaps, or the Carolina Caviar with a spread of pimento cheese. Owners Ania Zaroda and Michael Gurevich will serve some of their staples at the new food hall, plus a few surprises exclusive to High Street Place.

Mother Juice
Seasonally changing cold-pressed juices are the focus at Mother Juice, which will open its fourth location at High Street Place. But it’s more than just a juice bar: The shop serves a variety of healthy leaning options, including breakfast bowls, salads, toasts, and juice cleanses.

Newburyport Brewing
To become a bonafide post-work destination, High Street Place needed some kind of taproom — and they landed one with Newburyport Brewing, a North Shore brewery that will offer 12 beers on tap, including one gluten-free option. Catch up with coworkers over a Plum Island Belgian White, Green Head IPA, or New England-style Overboard NEIPA, along with brews from Newburyport’s small batch 1635 Series line.

Noodle BOS
High Street Place hasn’t forgotten about vegans, vegetarians, and those looking for gluten-free meals. Noodle BOS will have something for every type of diner, from hand-stretched roti and tempura udon to curry and tonkotsu ramen, plus the option to build your own ramen and rice bowls. 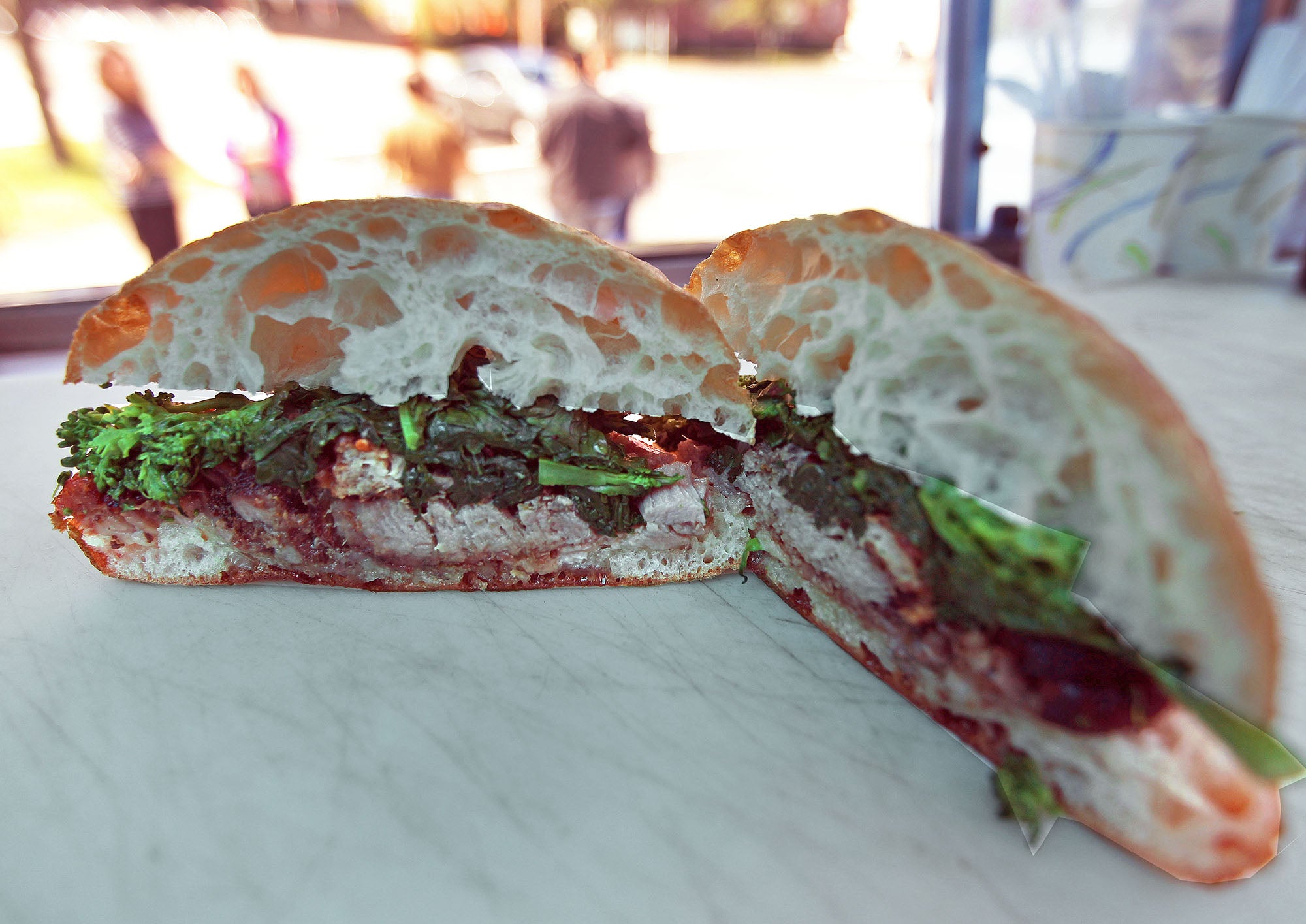 The Porchetta sandwich on Pennypacker’s.

Pennypacker’s
For porchetta enthusiasts, Pennypacker’s should be your first stop once the food hall opens. The family-run business has developed a following dedicated to the Somerville restaurant’s expertly crafted sandwiches — in particular, its porchetta sandwich, served on a house ciabatta roll with broccoli rabe, onions agrodolce, or seasonal mostarda. Find that and other sandwiches, salads, and bar snacks at the new downtown location.

Wheelhouse
This burger destination closed its Broad Street digs in February, but will reopen at the food hall with its stacked roster of all-star burgers. Order a pimento cheeseburger or Jam Session burger, or tuck into the restaurant’s breakfast options, lunch sandwiches, and sides.