Jose Duarte thinks that beans are the future.

To be more specific: Tarwi, an Andean lupini bean used in a ceviche at Tambo 22, Duarte’s new Peruvian restaurant that debuts in Chelsea at 4 p.m. on Tuesday.

“Tarwi is one of the most nutritious beans in the world,” said the chef, who became acquainted with the legume a few years ago during one of his regular trips to Peru. “I saw that a lot of people were eating tarwi as a form of [vegetarian] ceviche with lime and some vegetables, and they sold it street side. Everybody that tastes it — it’s really something they haven’t tasted before. It doesn’t have much commercial value yet because it’s not well known. I think it’s a food of the future.”

Duarte, who opened the North End restaurant Taranta in 2000, is a longtime Chelsea resident, and originally bought the building at 22 Adams Street with the idea of renting it to someone else who would open a restaurant. But, he said, there were no takers, so he partnered with Taranta’s general manager, Taylor Corcoran, her husband, Brian Corcoran, and chef Christopher Titus to open Tambo. 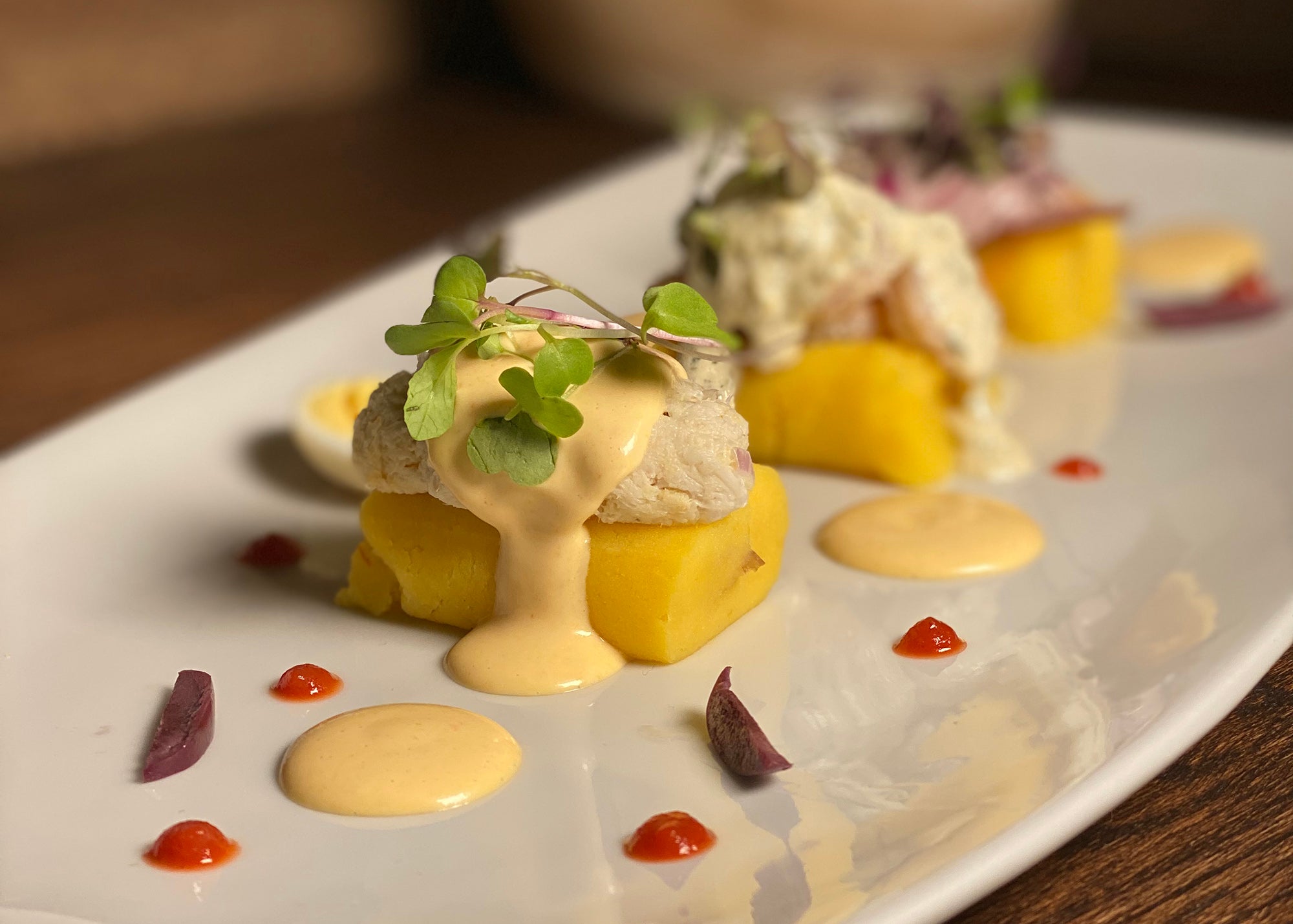 While Taranta offers a fusion of Peruvian and Italian cuisine, Tambo is strictly focused on the former. The roughly 20-seat restaurant highlights Peruvian classics like a ceviche of the day, fried cassava root, and grilled beef skewers with a panca pepper and cumin marinade. Duarte gave aji de gallina, a popular Peruvian comfort dish made with chicken, potatoes, and rice, an update by serving it in bowl form. Yellow Peruvian potatoes are topped with shredded chicken, white rice, an egg, and olive roasted pecans from Somerville-based Q’s Nuts.

The lomo saltado, a grass-fed beef tenderloin served with french fries and white rice, is cooked “Diego-style,” Duarte explained, a reference to his 14-year-old son.

“Every time Diego goes to Peru, he wants [the lomo saltado] juicy,” the chef said. “He wants to make sure the meat is not dry, that it has a little bit of extra juice so he can mix the rice and the french fries with it.”

The Tamburguesa, which Duarte described as the most difficult dish on the menu to nail down, is a decadent combination of seasoned alpaca meat sourced from Vermont, short rib meat, criolla onion, huacatay aji sauce, and gouda.

“This concept that alpacas are pets — I’m not afraid to put it in there,” Duarte said. “Alpaca meat is something that’s part of the Peruvian gastronomy.”

Peru is also represented on the drink menu, which boasts a list of both local and Peruvian beers, plus biodynamic wines from Chile and Argentina. Guests looking for non-alcoholic beverages can opt for the Chicha Morada, a purple corn-based drink, along with the lemony Inca Kola. 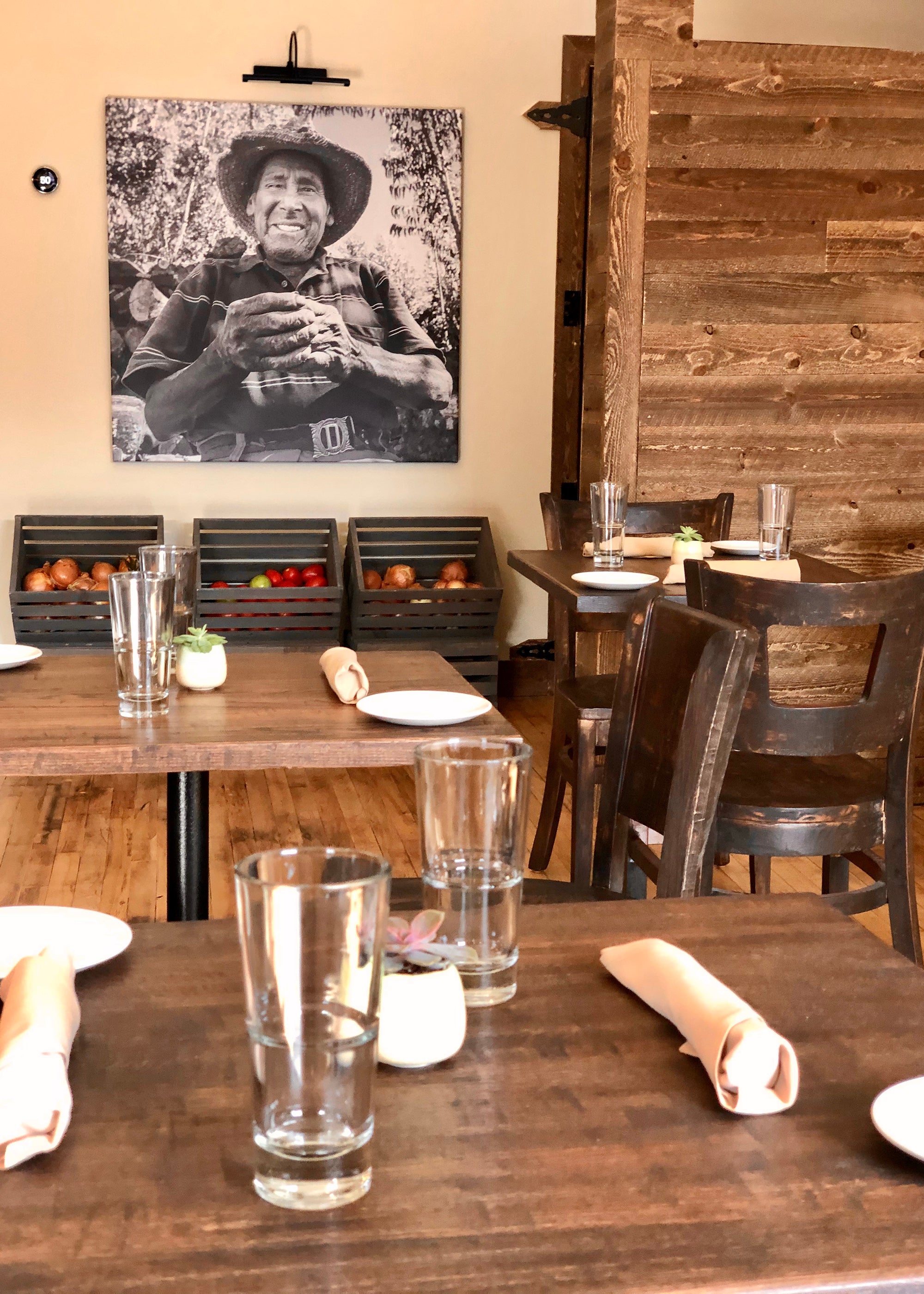 Most of Tambo’s furniture is made from reclaimed wood from Masona Grill, a former Roxbury restaurant that closed in 2018. But Duarte is also focused on bringing in new, one-of-a-kind accents through Tambo’s collaboration with the Lima FAB Lab, a spinoff of MIT’s Center for Bits and Atoms, which is working to produce equipment that the restaurant will use for 3-D printing and milling.

“I want to design my own plates, my own coasters,” Duarte said. “It’s kind of the future of the restaurant, in how you can personalize a lot of things. We’ve done some research with lasers as to how we can engrave food and personalize it, [like] make shapes and designs in portobello mushrooms.”

Tambo has also embarked on something Duarte calls the Cushuro Project, a plan to harvest cushuro (an algae that grows in legumes) using aquaponics at the restaurant. Often dubbed the caviar of the Andes, it’s a rich source of nutrients that, if successfully grown in the restaurant, Duarte believes will help reduce Tambo’s ecological footprint while providing a beneficial ingredient to its customers.

“The beauty of this restaurant is that we’re taking this techno-artisanal approach to things,” Duarte said. “Tambo is a place in which you stop and refuel and recharge, with some hidden messages of hey, the future is in your hands.”

Reservations for Tambo are highly encouraged, and can be made by calling 617-466-9422 or reserving online at Resy.

Visit Get your clubs ready, Topgolf is coming to Fenway Park 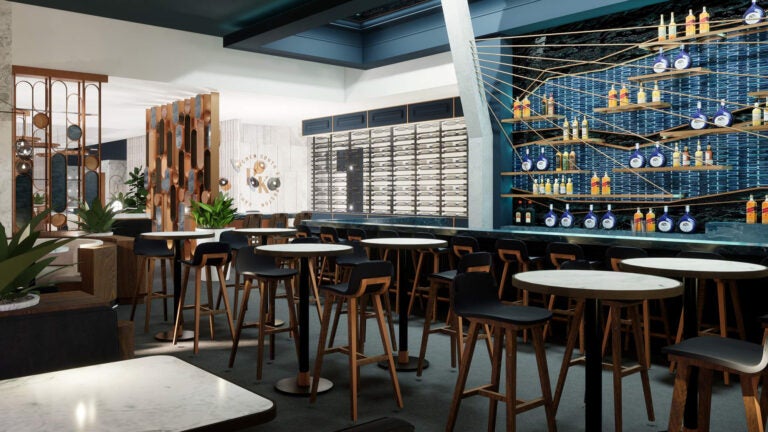