Dining out requires choices, and over-ordering at Ghost Pepper Taco and Tequila Bar is a reasonable one. Whatever you decide, be sure your meal includes the bewilderingly excellent el ocho ($16), a crispy-edged curl of octopus braised in citrus and drizzled with an earthy salsa laced with tortilla ash. All of it sits atop a gold-hued purée called causa — spicy Peruvian-style mashed potatoes infused with ají amarillo. The el ocho has as artful a plating as you will get from an operation that eschews ring-molds and tweezers. As with the Dorchester crowd at Ghost Pepper, the dishes are fashionable but unpretentious.

Ghost Pepper is a sleek restaurant and lounge that opened in Savin Hill this past October. It is part of a multi-story mixed-use development, sharing a wall with Savin Bar and Kitchen. Co-owners Kenneth Osherow and Driscoll DoCanto developed the building and both restaurants. The new compound occupies what was once the combination of an unsightly hole in the ground and C.F. Donovan’s, a beloved pub that served hearty comfort food and closed in 2009. Osherow also owns McKenna’s Cafe across the street, a breakfast haunt of Mayor Marty Walsh. 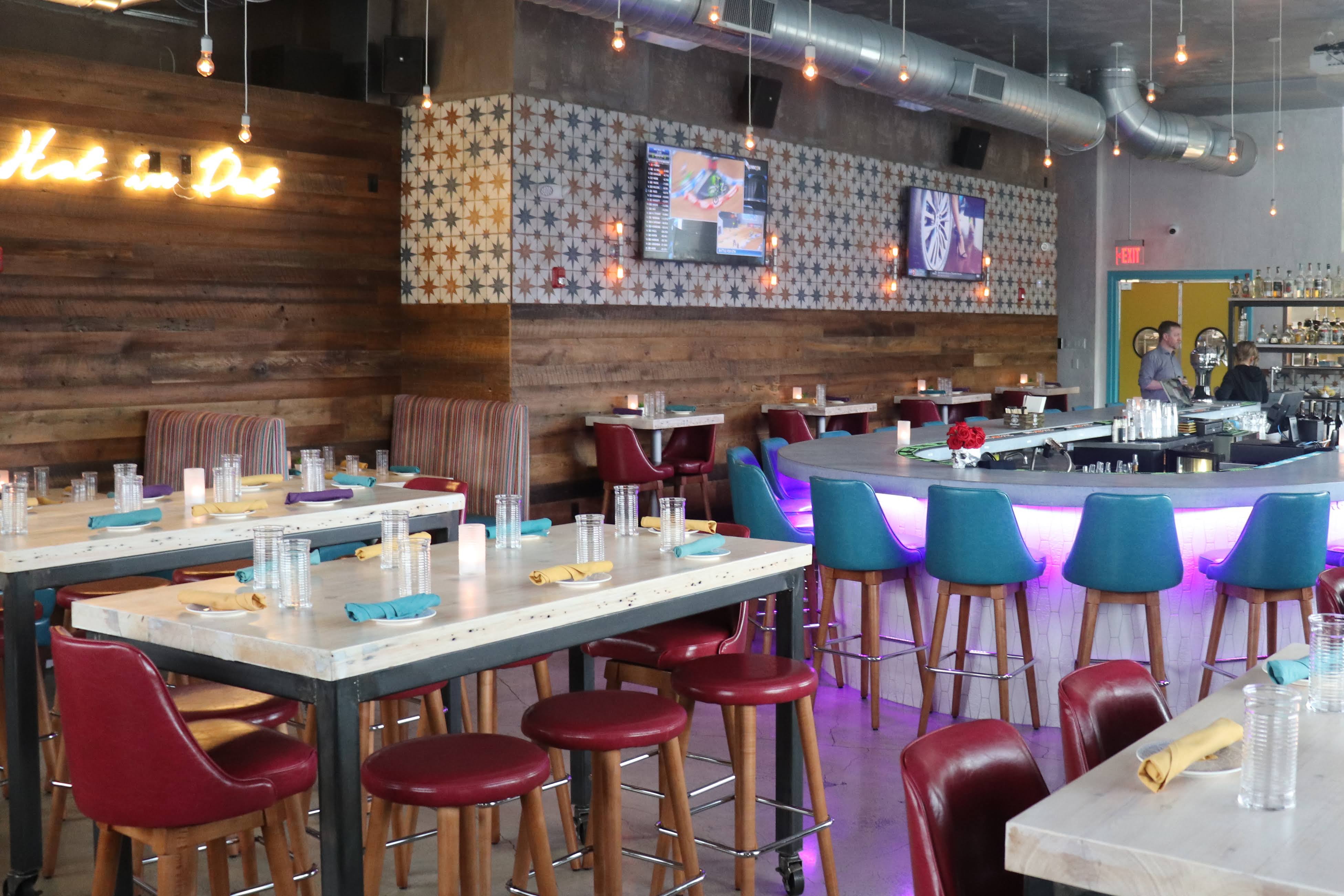 Most locals I spoke with welcome the pair’s development in Savin Hill over the past decade. Others worry about a potentially harmful impact to nearby mom-and-pop eateries or fear a shift in demographics.

In fairness to Osherow and DoCanto, they have not opened a Chili’s. Ghost Pepper is a stylish industrial venue with a polished concrete floor, drop-pendant lighting, and tidy ductwork. The dining area is softened by walls of reclaimed wood, Adriatic blue velvet upholstery, and yellow throw pillows. A projector plays campy videos on the blank space above a horseshoe-shaped bar. Speakers stream an eclectic Spanish-only playlist that wavers between soft rock and trapeton from night-to-night. Ghost Pepper is already a popular place for the neighborhood to gather for convivial drinking and dining. 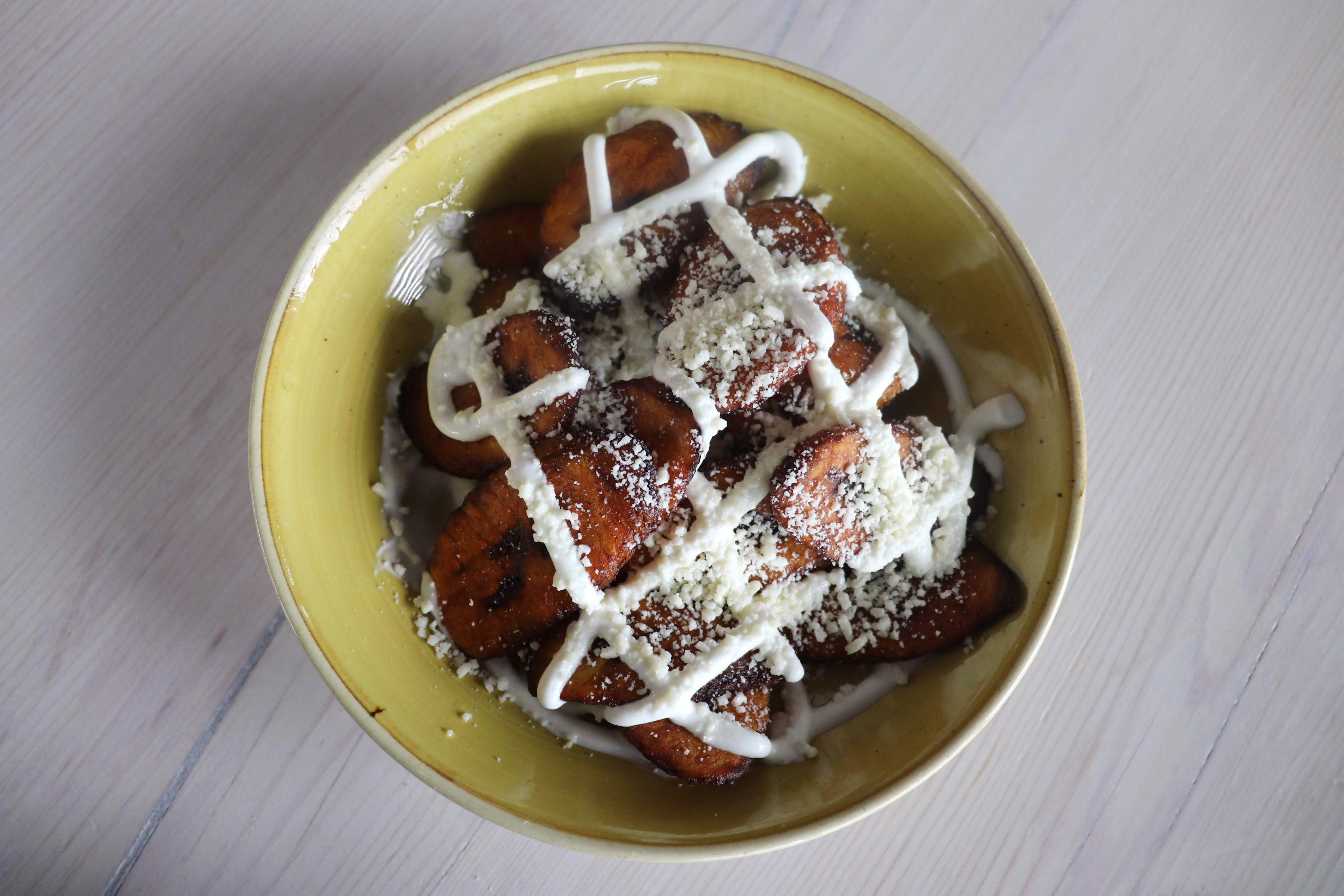 The taco menu is a mix of both traditional and non-traditional ideas. Ghost Pepper’s best tacos fall into the latter category, which includes the endorphin bomb they call the coliflor taco ($5). The intriguing combo of a lip-scorching labneh and vadouvan-roasted cauliflower makes this the odd vegetarian taco that does not disappoint. Bless them.

Problematic across all the tacos is Ghost Pepper’s reliance on bland, bagged corn tortillas sourced from a local tortilla maker. The ingredients for their corn tortillas include ominous additives such as fumaric acid and sodium propionate. 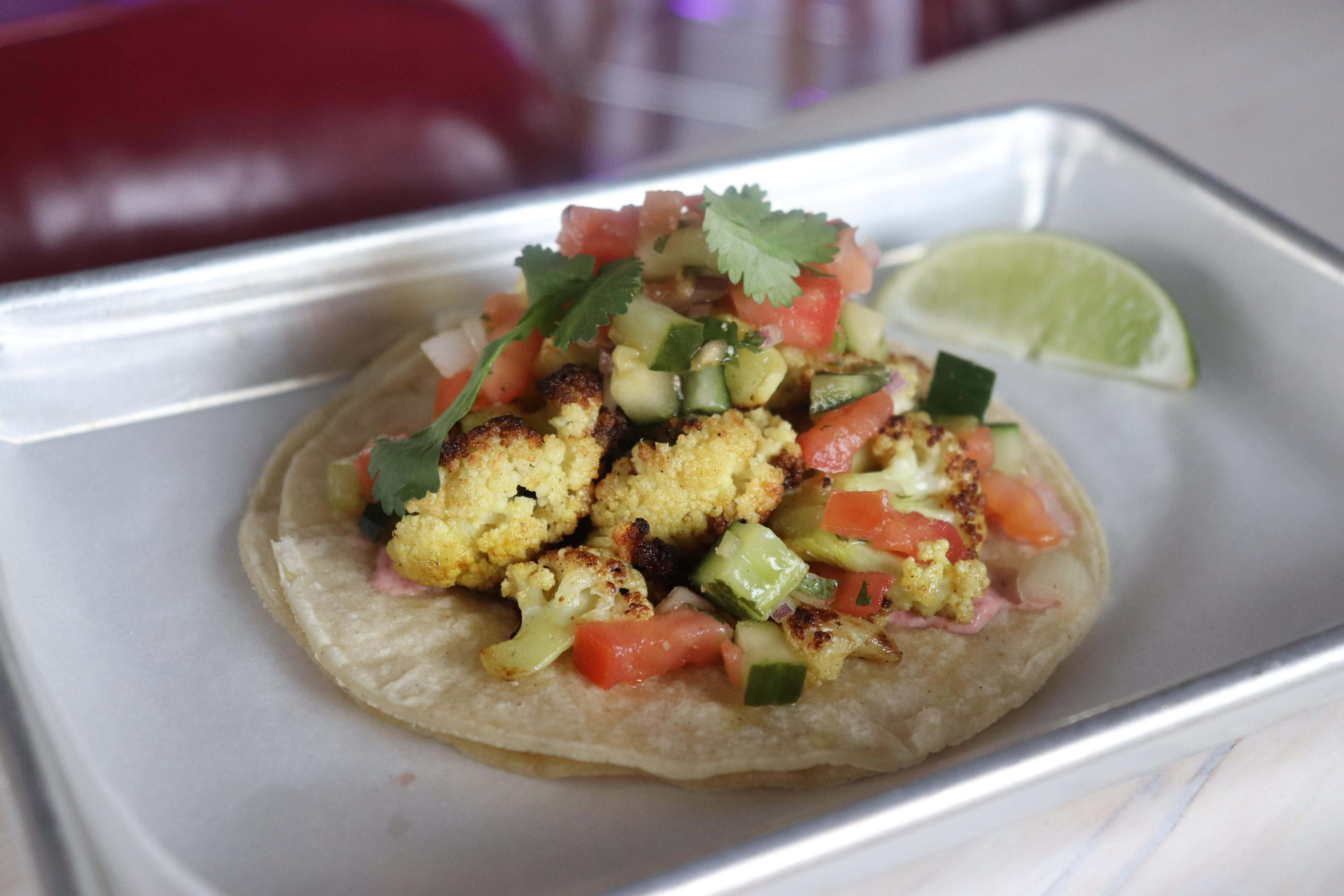 In taquerías and homes in Mexico, tortillas are the crust of a pizza, not the bun of a lobster roll. They are freshly made from nixtamalized maize and consist of nothing but corn, water, and slaked lime. Tortillas are an enduring symbol of Mexican national pride, and they serve as a connection to the country’s past. That connection, signified by the sweet taste and nutty smell of fresh corn that has been toasted on a comal, does not exist with any of the tacos served at Ghost Pepper.

The thoughtful but of-the-moment cocktail menu is a sensible complement to Ghost Pepper’s unfussy fare. Most thrilling was the el jengibre ($12), a gingery tequila-based tipple that evokes a piquant Penicillin cocktail. Infrequent boozers will enjoy the refreshing Ghost Pepper margarita ($12), which offers a slow-building heat that teases but doesn’t hurt. The frothy and decadent wak a mole ($12), a seductive horchata tribute, is not meant to be a dessert cocktail, but it ought to be.

If it were only about tacos and margaritas as its name implies, Ghost Pepper might be akin to the spectacle on Causeway known as Guy Fieri’s Tequila Cocina. Fortunately, Ghost Pepper has also chosen to showcase Latin America’s greatest culinary hits, making it a compelling dinner option for a booming neighborhood. 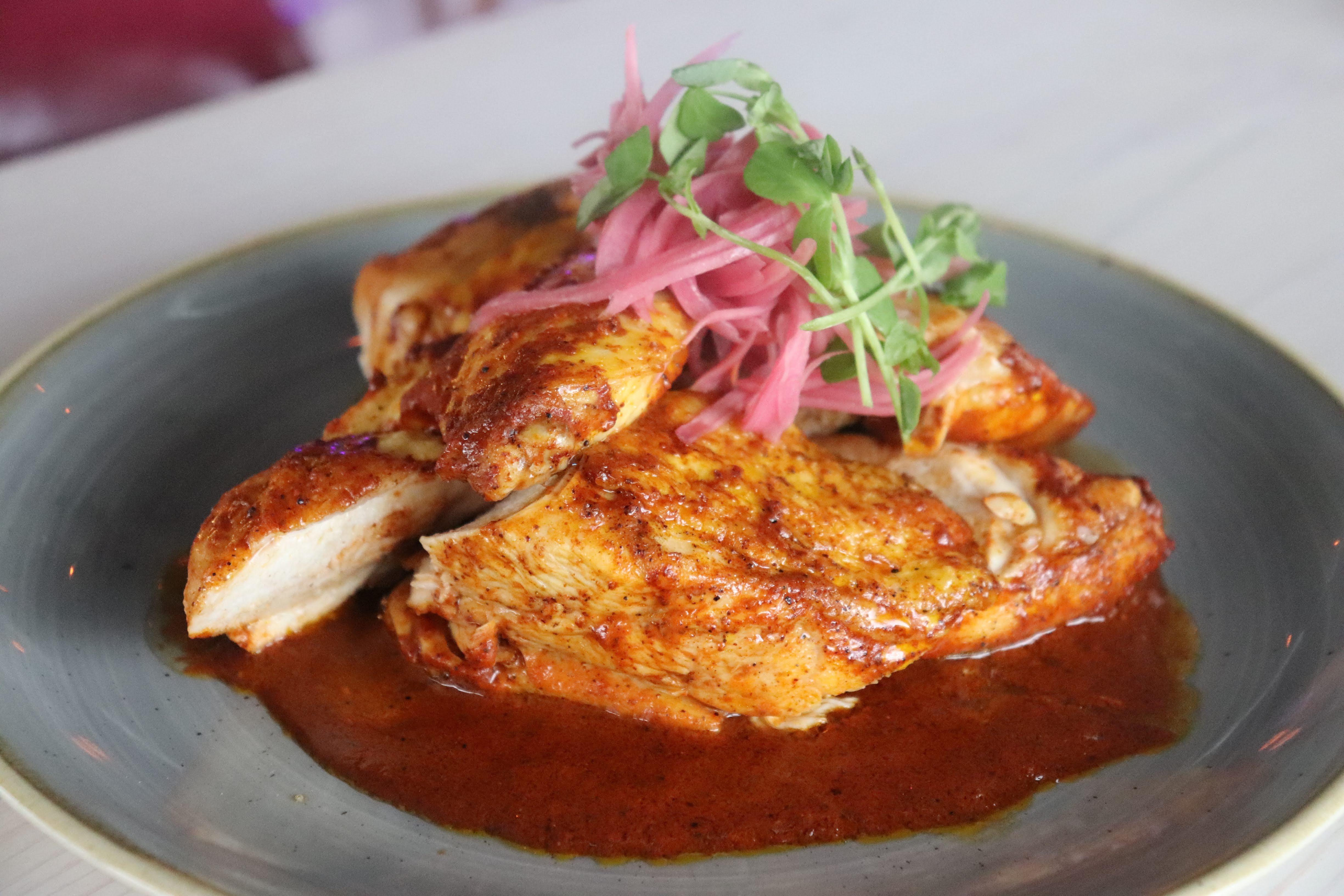 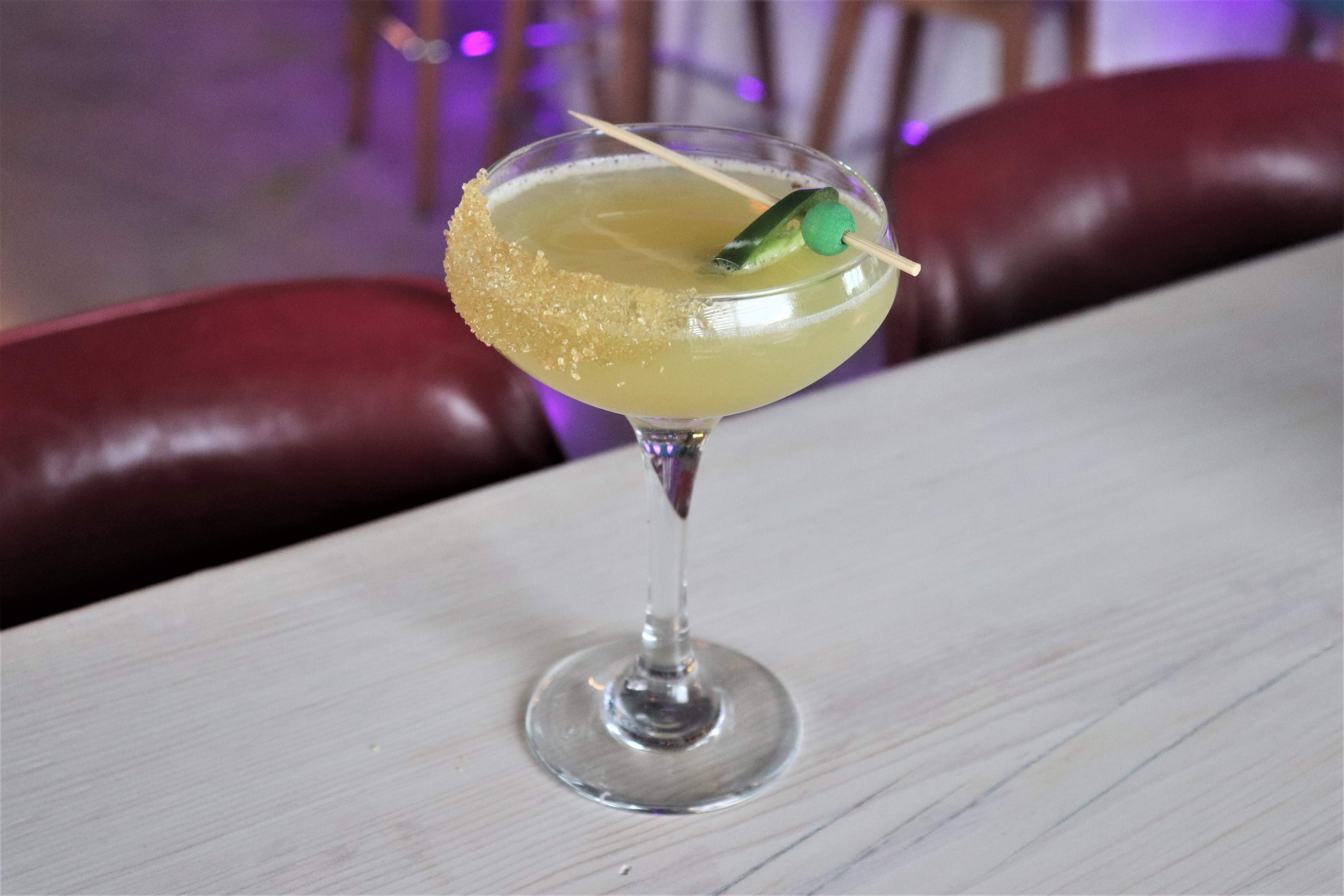 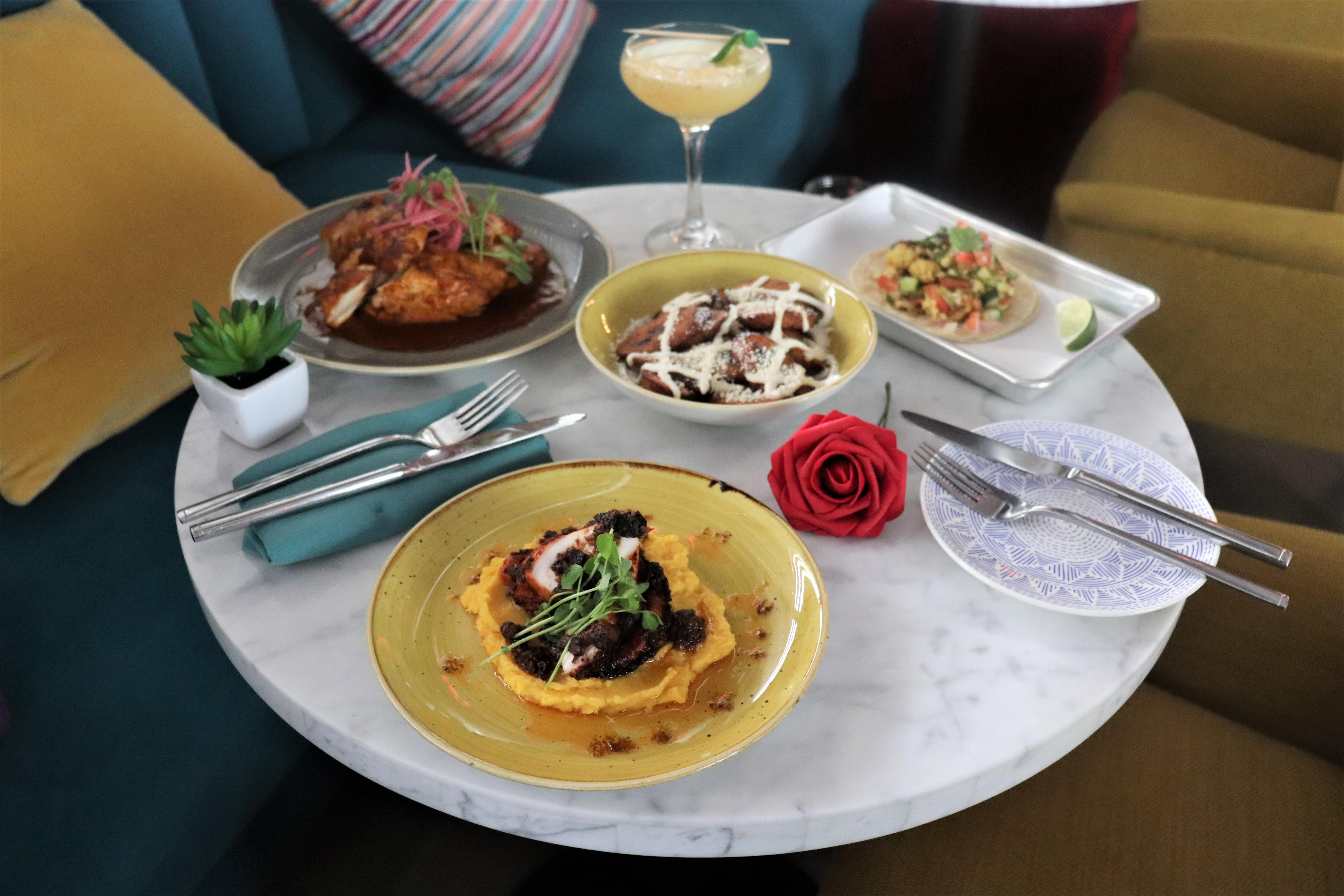 Jay Keyes is a writer and digital strategist. You can find him at sdtacoguy.com 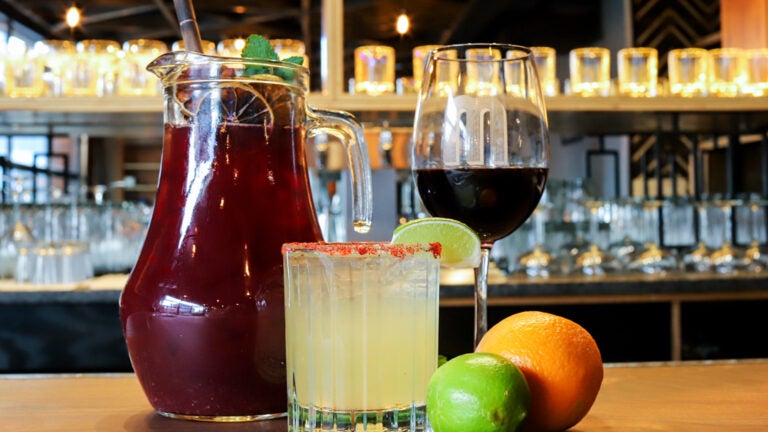