Mariachi music rang through the speakers at Sol Azteca on Monday night, as if it were any other almost-spring weeknight dinner service. But for much of the evening, there were fewer diners than staff in the Beacon Street Mexican mainstay.

March 16 was the final night restaurants in Boston were permitted to serve dine-in guests until April 6, following statewide restrictions in response to the global coronavirus pandemic. Some kitchens around the city closed early or began to offer takeout and delivery service, and restaurant workers — servers, cooks, managers, bartenders, cleaners — were left to figure out how to pick up the pieces.

Elizabeth Campos, who has worked as a bartender and server at Sol Azteca for a year, saw her shifts get cut from five days a week down to one as part of the restaurant’s coronavirus response.

“You need another job to survive, but there aren’t any, because of the three-week closure,” she said in Spanish. “I understand the governor wants this to maintain public safety. But many people risk going to work because we need to [pay rent]. More than anything, food service depends on these workers.” 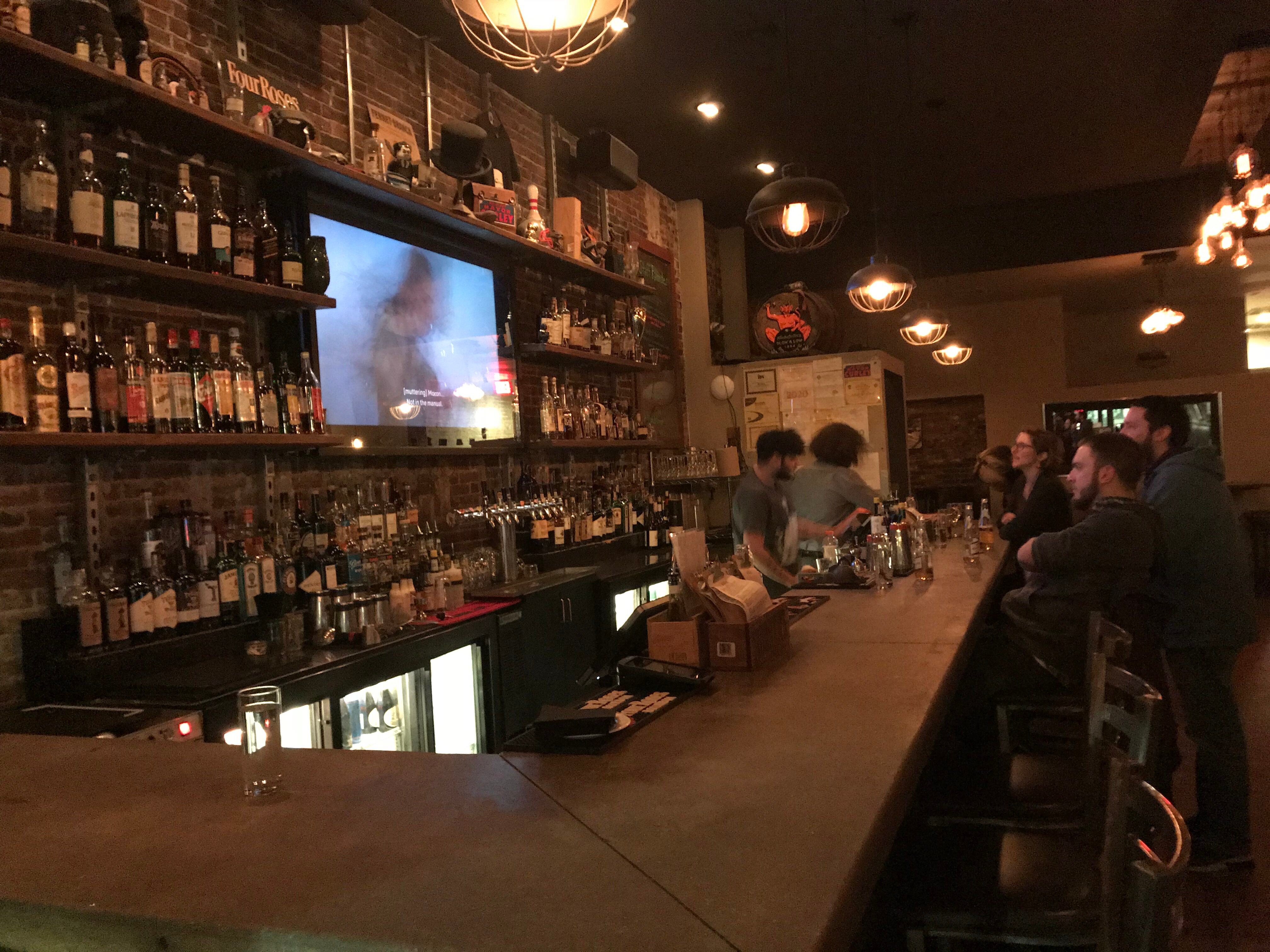 Sol Azteca began offering takeout and delivery through third-party apps like Uber Eats and Grubhub well before this pandemic. But these have never brought in enough money to sustain the place without dine-in service, according to manager Rima Osornio, whose father co-founded Sol Azteca in 1974.

“We’re going to give just [takeout and delivery] a go this week,” Osornio said. “By Saturday, if I can at least make enough to pay the staff that’s here and the food costs, then I’ll keep going. But if I can’t even do that, then I’m just going to close down until further notice. Honestly, I would rather close than deal with all this uncertainty and stress day by day. But the employees would be affected more than they already have been.”

Osornio said she has already had to lay off one employee, and, like Campos, many other cooks and servers at Sol Azteca have seen their hours cut to match decreased demand. Osornio has contemplated pausing the restaurant’s cable service, cancelling their OpenTable subscription, and even taking on a side gig herself as a driver for a food-delivery app.

“Things escalated so quickly,” Osornio said. “I have a ton of food that, if I don’t sell it, is going to go bad. I just purchased a whole bunch of liquor. We can use that later, but that bill is not going to get paid when it’s due. That’s for sure. We’re going to go a month or three weeks without selling any booze — or maybe nothing.”

Like Sol Azteca, jm Curley in Downtown Crossing also makes a significant chunk of revenue from alcoholic beverages like mixed drinks and beers on tap, which cannot be sold under the takeout- and delivery-only model. They plan to continue serving food however possible, but business has dropped by 50 to 70 percent in the past week, according to assistant general manager Ben Alleman. The restaurant boosted its sanitation procedures a few weeks ago and started reducing staff hours this week in anticipation of the dining-in restriction.

“Since we started early with the precautions, we felt like we were ready to do takeout and delivery in a safe way that wouldn’t put any staff at risk or customers,” Alleman said. “We want to stay open as much as we can until the threat to our employees and customers is mitigated. And then we’ll get started again.”

Osornio recognizes that, after the pandemic is over, diners may take a while to start eating out again. Recovery for employees could be slow, and some restaurants might close permanently. But she hopes people will not go back to their old habits.

“There’s going to be a renewed appreciation — people are going to be so happy to be together,” she said. “Before, we were just so spoiled. You could get anything you want, at any moment; hang out with anyone, hang out with strangers, go out and meet a date. And now, we’re going to appreciate just being able to be near someone.”