Before social distancing, before dine-in bans, and before the word “coronavirus” found its way into every sentence, Bondir was a place you might go to celebrate something special: an anniversary, a raise, the arrival of an out-of-town visitor. The 28-seat restaurant sported white tablecloths, a cozy fireplace, and a prix-fixe, five-course menu that ran for $78. A wine pairing was offered for $48 — and most people, chef/owner Jason Bond said, ordered the wine pairing.

Now the upscale Cambridge restaurant offers a two-person pollock dish for around $30. Through Bondir’s website, diners can order a six-pack of croissants for $26.75, organic parsnips for $10.70, and fish chowder for $12.84, all available for takeout on Wednesdays, Fridays, and Sundays. 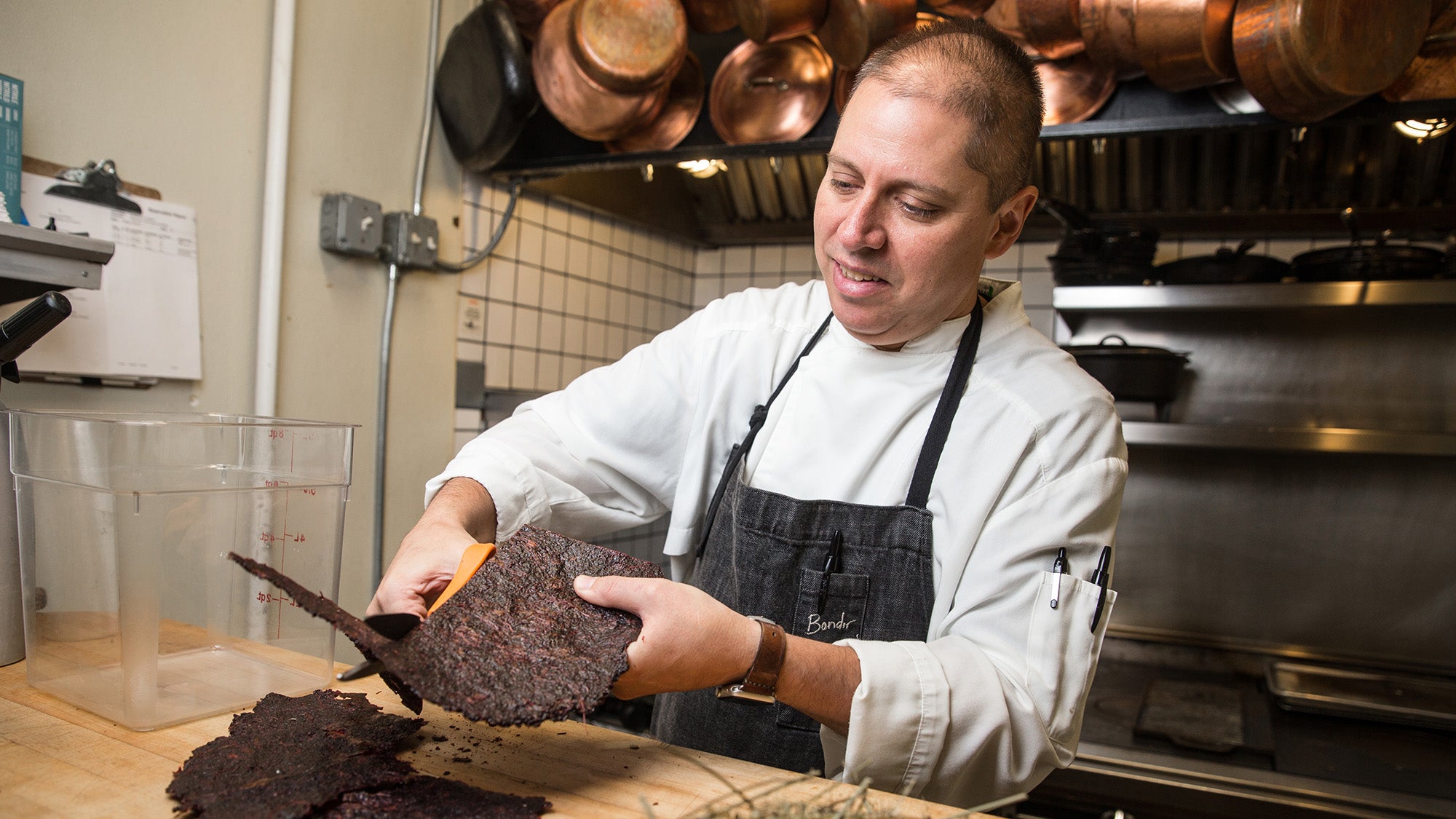 Chef Jason Bond in his kitchen at Bondir.

“We’re not cutting down on quality, but the price is lower and the preparations are simpler,” Bond said, sharing that while there’s less caviar on the menu, he’s still using top-notch fish and beef. “The china is not as nice.”

Countless restaurants across Boston and beyond have pivoted to takeout and delivery since Gov. Baker first announced a dine-in ban on March 15, one that was supposed to end on April 6 but has been subsequently extended to May 4. It has caused massive upheaval among all restaurants, but for those who could be categorized as fine dining establishments, the change in service model poses a unique shift in how dishes are conceived, plated, and delivered.

“What we do on the actual tasting menu — there’s a lot of delicate items and different temperatures in one dish, so they’re simplified a lot for takeout,” said Bond, who has been working by himself in the kitchen since the restaurant closed for dine-in. “[Now] it’s just about the flavor and trying to make things look as nice as they can, but there’s not a focus on presentation at this point. Just focus on the basics.” 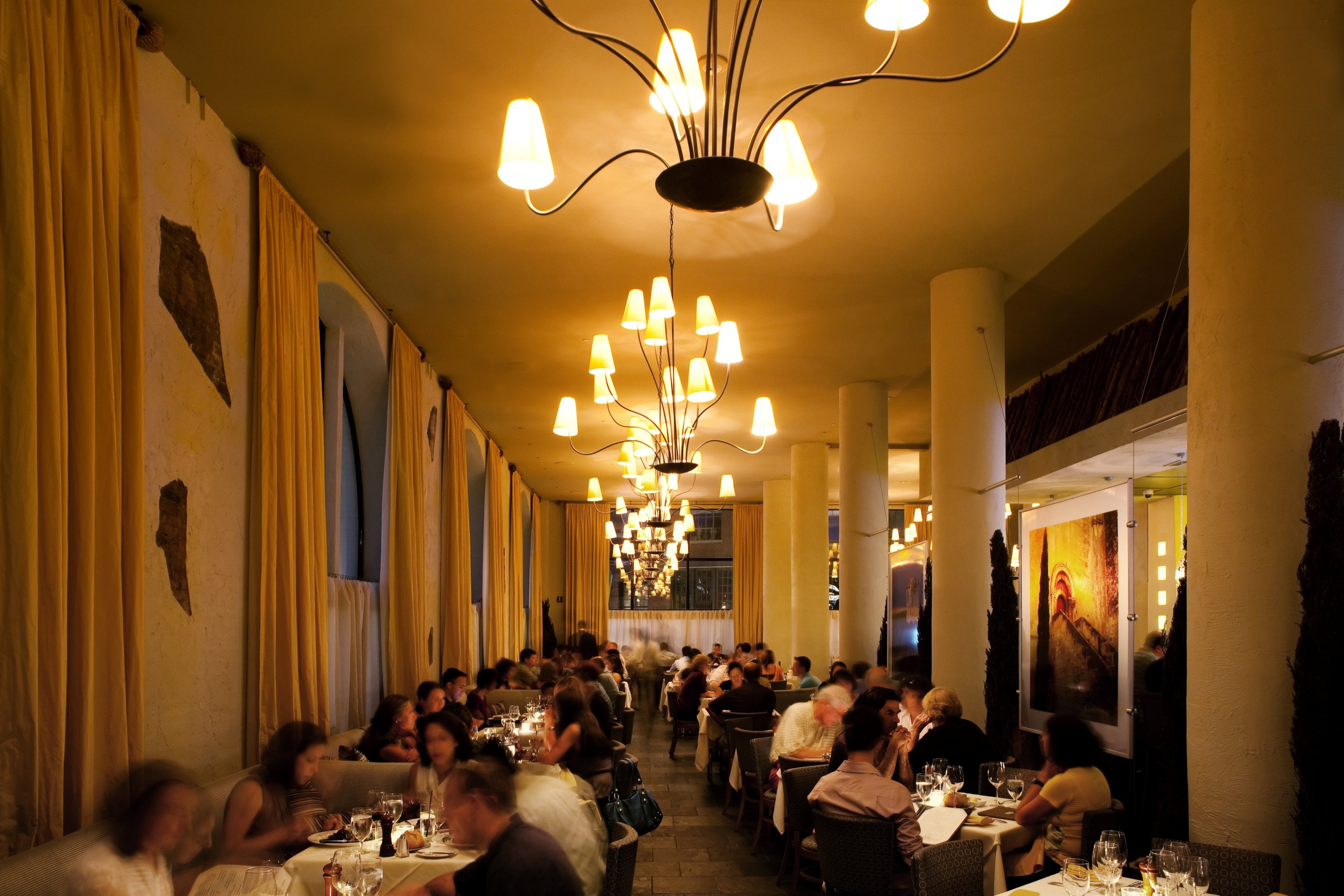 “The menu is evolving daily,” Mammano said, noting that one of their current bestsellers is Mistral’s filet mignon. “We’re trying to understand what’s the best quality food we can provide that’s going to travel well and sit in a container for 15, 20, 30 minutes…We’re realizing that certain things that look good on a plate don’t look good in a small, six-by-six plastic container.”

Diners are given the option to order delivery via Caviar or via Columbus Hospitality Group’s butler service, which involves the company’s own managers and drivers delivering orders in an effort to “provide a more intimate service to our guests,” Mammano said.

There have been challenges beyond translating fine-dining fare into a transportable meal. While the kitchen can normally plan for an evening by looking at reservations, the new model has led to unpredictable fluctuations in the number of diners in a given evening, most of which are centered around a narrow time frame.

“With this type of service, everyone’s flooding in at the same time,” Mammano said, sharing how, a few weekends ago, the group’s average of 30 to 40 takeout orders in one evening ballooned to 200 in a two-hour period. “Everybody’s home every night of the week, so a Saturday is no different than a Monday.”

Even with a surge in customers, restaurants that usually charge $30 to $40 for an entrée have had to drastically slash pricing in order to entice customers to order delivery.

“We cut prices dramatically, by at least a third in many cases,” Mammano said. “It’s really not a money-making venture. It’s more about providing an environment for our employees to keep their head in the game and to give a service to our customer base around town.”

“It’s significantly less money than what we would charge normally,” he said. “But we’re not going to price a piece of fish at $68; that’s not going to help us. The whole goal of this was to be able to bring in a little bit of money. We’re still operating at a loss during this close down time, but this is lessening the loss.”

Ready for today’s CSA pick ups!! Our dining room has gone through a little bit of a facelift….we can’t wait to see your smiling happy faces in these seats soon!!

It’s also giving diners a chance to engage with a restaurant that might otherwise have seemed out of reach. The O.G. Craigie Burger, Craigie on Main‘s coveted burger that was available in limited quantities at the Cambridge restaurant’s bar, is now available to order through Craigie’s website or on Caviar. Forage, a cozy, subterranean spot in Cambridge with prix-fixe menus for both omnivores and vegetarians, not only offers a rotating list of takeout dishes now, but also pantry items and a CSA subscription. And at Alcove, owner Tom Schlesinger-Guidelli’s waterfront destination at Lovejoy Wharf, strip steaks and whole roasted chickens can be ordered for pickup or delivery, along with cocktail kits for home assembly.

While Bond said Bondir’s newest service model likely won’t attract a ton of new customers — “Nobody who eats pizza on a normal night is like, Oh I’ll try Bondir tonight,” he said — Mammano shared that Caviar is bringing in a third to a half of the group’s current diners, and that many of them are new.

“Everybody has to eat,” he said. “They’re never going to stop eating — you just have to get the food to them.” 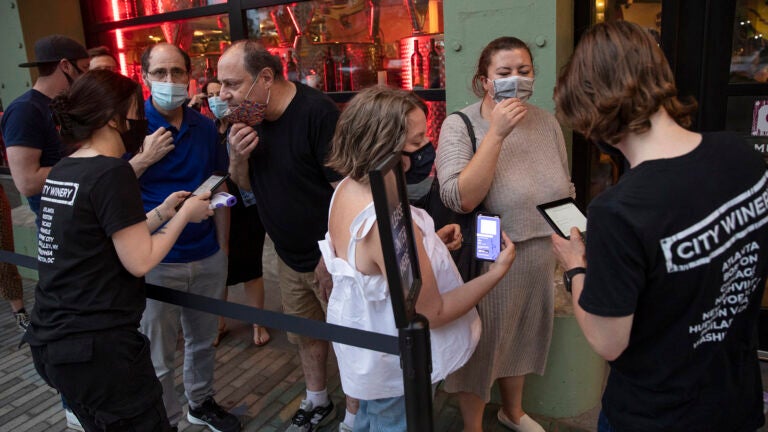 'This will cripple the industry again'