It’s been a bad month for restaurants. It’s been even worse for Cinquecento.

On Tuesday night, a water main break in the South End flooded Harrison Avenue and surrounding areas, submerging cars and causing a sinkhole to form in the street.

Jeff Gates, partner at The Aquitaine Group, received a call shortly after the water main’s rupture that Cinquecento, a charming Italian trattoria, was flooded.

“The water came very quickly,” Gates told Boston.com, estimating that it resulted in roughly $1 million in damage. “Our kitchen, all of our offices, the infrastructure was wiped out. Our event space was wiped out. There was about four feet of standing water. I don’t see us being back up and running through maybe into August and September.”

Cinquecento had only recently started offering takeout and delivery. Gates said the group had rehired three people to start working at the Italian spot; unfortunately, those people are once again out of a job.

In an Instagram post Wednesday, Cinquecento encouraged diners to order takeout from its sister restaurants, Aquitaine and Metropolis.

A wave of sadness has enveloped our team at the AQG as we must report that Cinquecento will be closed for the immediate future due to the devastating flood on Harrison Avenue.😞 Please call our sister restaurants for your take out needs. #metropolisboston #aquitaineboston and #aquitainechestnuthill Your support is much appreciated. #dontknowwhatosay #recovery #supportlocalrestaurants #localrestaurant #savefandb #rallyforrestaurants #restaurantstrong #bostonrestaurants

The restaurant group is still working out details with their insurance company related to the damage — on top of the issues they are dealing with due to the coronavirus.

Yet despite the additional road blocks, Gates said that the restaurant group is trying to look on the bright side.

“Luckily — and it feels odd to be saying this — we could be dealing with a much worse situation,” he said. “A water main break is going to happen sooner or later. To have it fail when it was colder out, or to have it fail when there was people around, or in the summer when people are going to SOWA or open market, would have been worse.”

“We have the plague, we got the flood — hopefully locusts aren’t next,” Gates said. 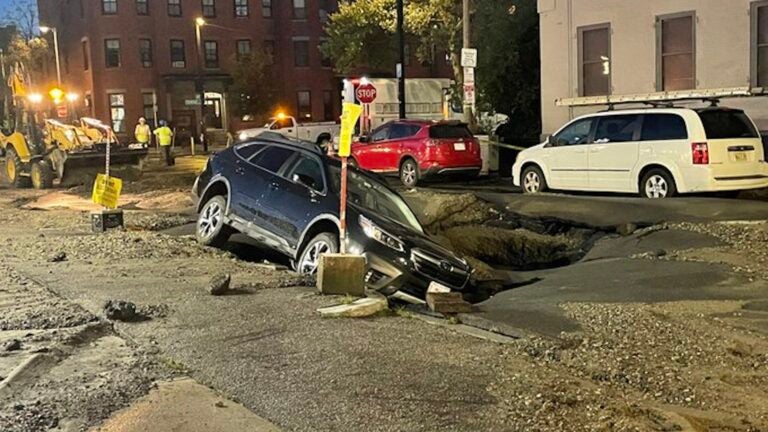