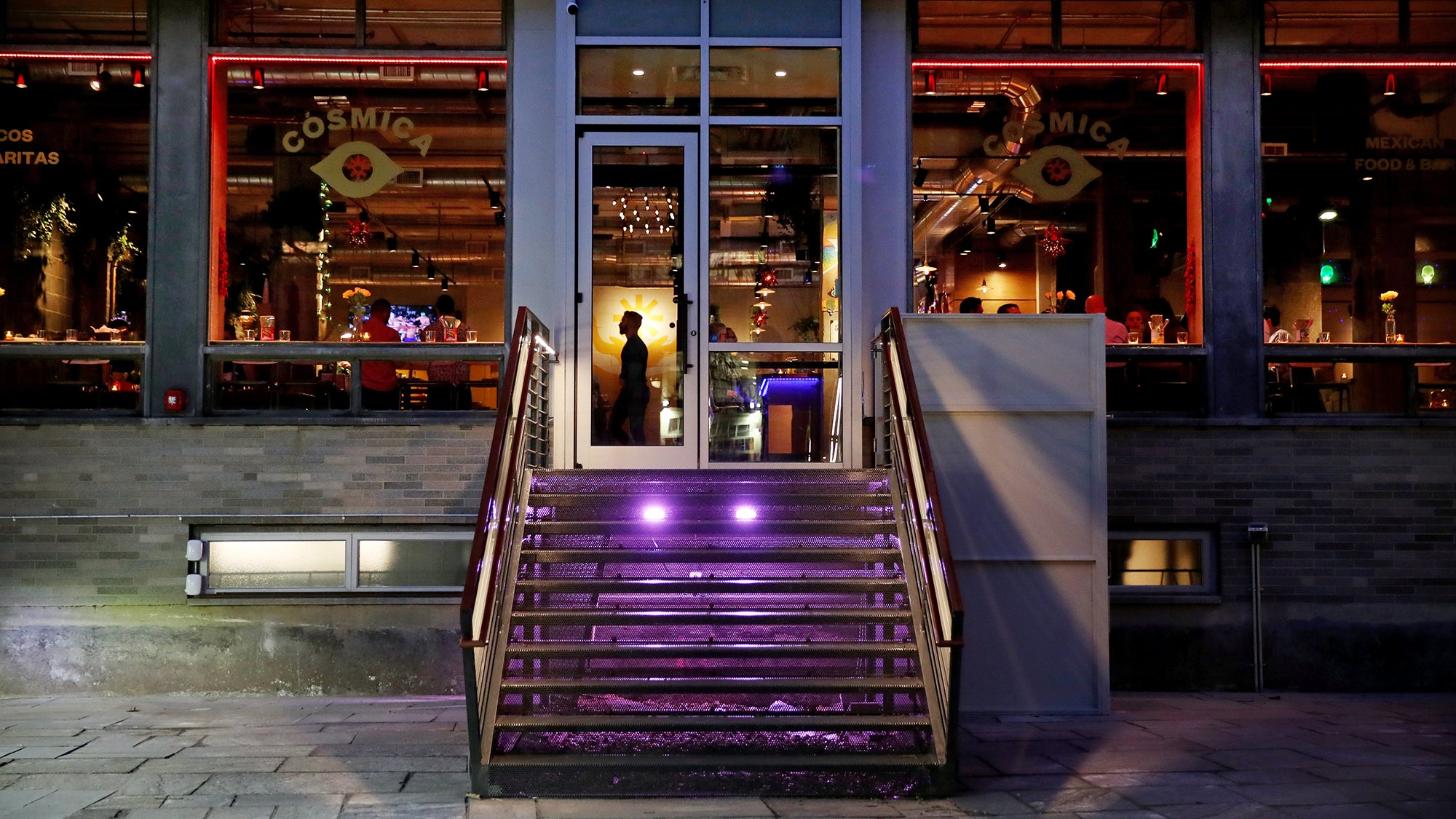 Exterior of Cósmica, a Mexican restaurant in Boston.

What will Boston’s restaurant scene look like when this is all over? We spoke with industry experts who shared their thoughts on how restaurants will handle reopenings, plus the future of Boston dining.

Health care workers are keeping us safe around the clock. Here’s how you can buy them a meal.

We continue to hear from restaurant owners about how their businesses have fared during COVID-19, including a recently-opened coffee shop and nano brewery and a longstanding Cambridge bakery.

Burger behemoth Shack Shack inspired plenty of ire when it received a $10 million loan from the government’s relief fund. But wait! It’s giving the money back.

Meal kits are on the rise. Here’s where you can find some of the city’s best options, from DIY pizza kits to brunch kits for two. 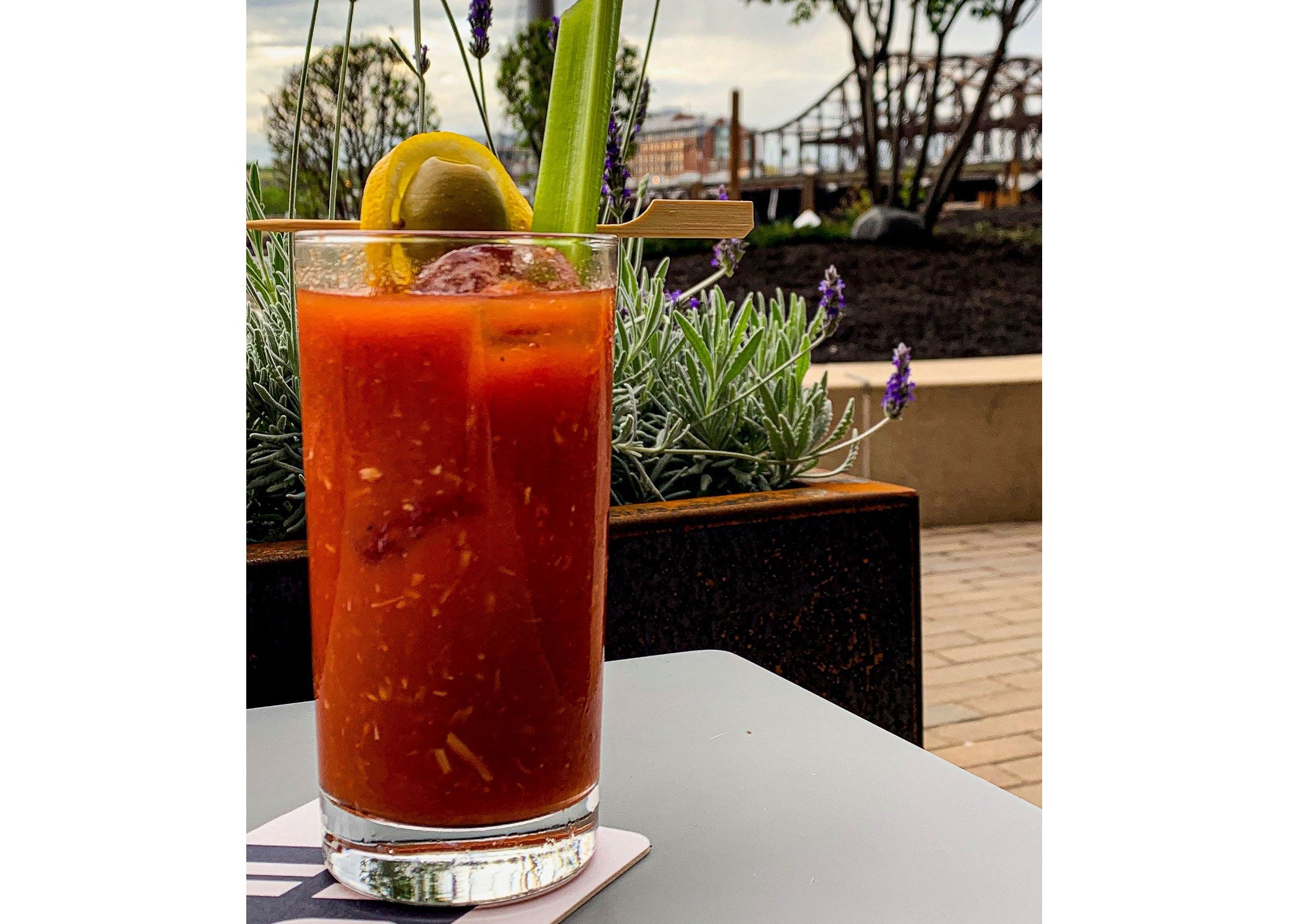 While there are probably better things I should be doing with my time (eh, who am I kidding), I’ve spent multiple weekends during the past month catching up on movies I feel like I should see, either because they’re a classic or they’ve made some impression in the zeitgeist. Last weekend it was “Cats” (Oh, wow. So bad.) and the original “Blade Runner.” (I understand the appeal, but that movie has not aged well.) This weekend I have my eyes on “The Artist,” which joins Netflix’s catalogue on Sunday and tells the story of an aging movie star and a budding young actress vying for success as silent films fall out of favor. It’s oh-so-French, and I’ll probably drink some wine while watching it.

But I also want to give a shout-out to the brunch cocktail kits that have been floating around. Though I’ve never been a huge frequenter of brunch (the lines!), I miss it now, because I miss everything now. If it’s been a while since you’ve had a Bloody Mary, there are a few places around the city offering mixes for pickup and/or delivery. In the West End, Alcove sells quarts of their Bloody Mary mix, while Met Back Bay offers a Bloody Mary kit with a bevy of fixings (you can even add shrimp to your order). And in Lynn, Nightshade Noodle Bar‘s housemade Bloody Mary mix is infused with lemongrass, ginger, kaffir lime, and turmeric, and serves as the perfect accompaniment to its beef brisket banh mi.

Eating and cooking alone, together

I wouldn’t blame you if you’ve been feeling a little down lately. Or maybe even a lot of down lately. What we’re all going through is really, really hard, and I’m trying to look for rays of sunshine wherever I can. This week, it’s been on Christina Tosi’s Instagram feed. The Milk Bar chef launched Baking Club last month, but I’ve only just started tuning in to her daily videos at 2 p.m., which she starts with a dance party (usually accompanied by her dog, Butter) before delving into a recipe using ingredients that she posted the day before. Sometimes it’s lemon curd, sometimes it’s a popover, but it’s always a blast — and a mood booster.

Bully Boy has been keeping busy during the pandemic, first pivoting to hand sanitizer production and then, more recently, launching virtual cocktail classes. Classes sell out fairly quickly, but if you’re able to sign up for one, you’ll receive a Zoom link and a list of readily available ingredients needed to make two different cocktails at home. Each class is $10, with proceeds supporting Bully Boy’s hard-working bartenders. Check out the calendar of available classes here.

The ebb and flow of restaurants offering takeout and delivery has continued throughout the pandemic, as some establishments try it out, only to realize it wasn’t in their best interest, while others initially hold off before joining the ranks of those on Uber Eats or Caviar. In recent days, a handful of restaurants announced they were testing the takeout waters, and they’re all ones I’m incredibly excited about. Brookline’s new Thai eatery, Mahaniyom, opened a few weeks before the shutdown, and has been quiet since — until now. It reopened for takeout and delivery on Thursday, and will operate on Wednesdays through Sundays from 11:30 a.m. to 8:30 p.m. I can’t recommend their salt and pepper pork cheek enough. Alden & Harlow also recently announced a resurgence, though it will take place in the form of a pop-up on May 2, with pickups from 3 p.m. to 7 p.m. Pre-orders are available on Monday and Tuesday. Finally, Bisq is testing out fried chicken dinners for $35, which include four pieces of chicken, mashed potatoes, broccoli, greens, and vinaigrette. You can order for Friday and Saturday pickup by calling the restaurant at 617-714-3693. 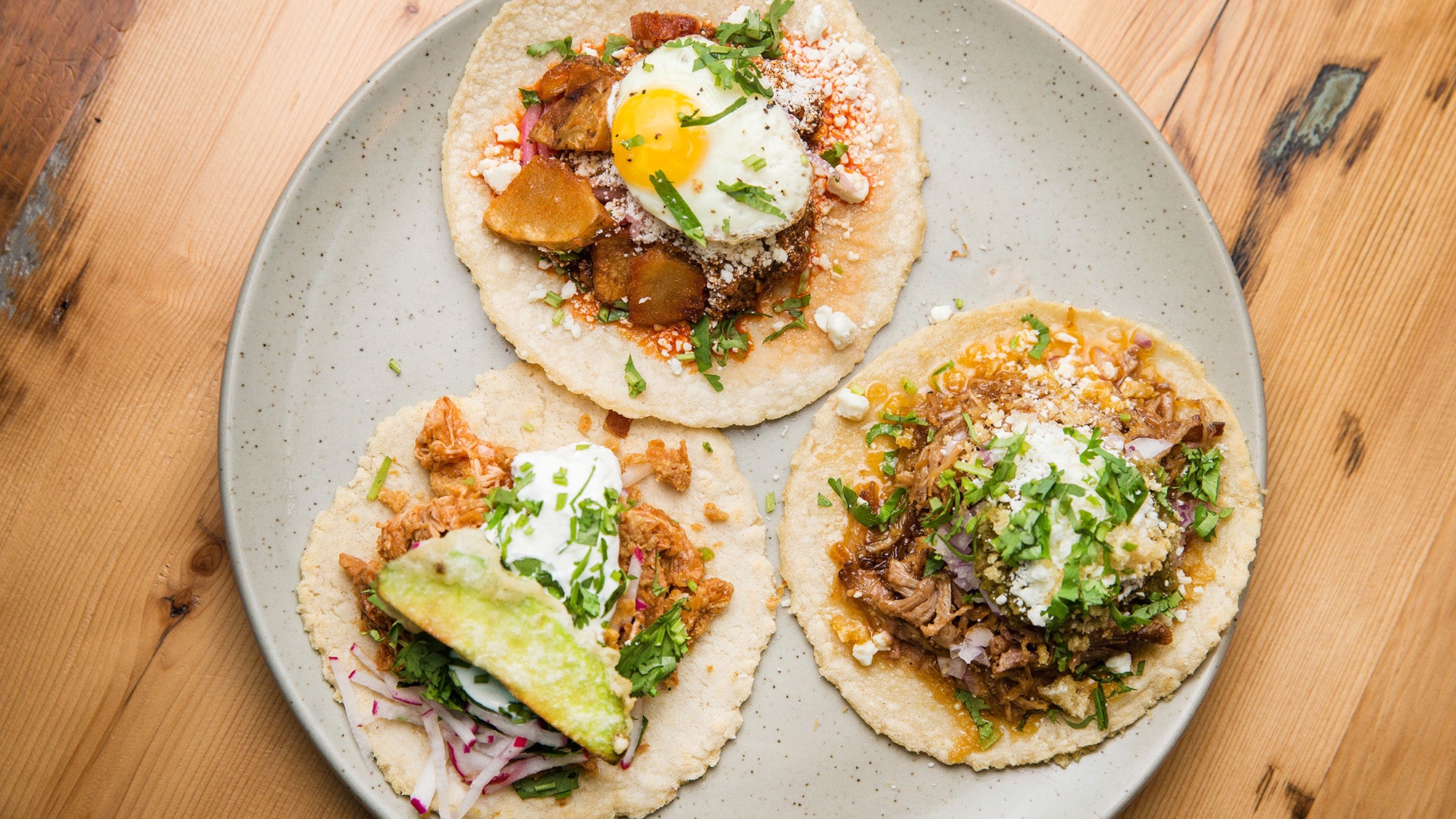 These Boston restaurants are now offering takeout and delivery