If the coronavirus public health crisis leaves a lasting impression on the way we shop for food, it might be felt most prominently by farms.

Local farms are experiencing a boost in popularity as the public searches for alternatives to busy grocery stores, instead subscribing to a community-supported agriculture (CSA) program, or picking up produce at restaurants that have flipped to markets. For shoppers who have never paid too much attention to when certain fruits and vegetables are at their peak, this newfound focus on seasonal consumption might lead to the question: So, what’s in season?

“Spring is all about greens,” said Rory O’Dwyer, partner and office manager at Langwater Farm in North Easton, which opened its farm stand on Saturday. “This is peak season for greens — it’s the perfect weather for them.”

“The spring [CSA] boxes are the greenest boxes of the year,” said Glotzer, who described this year as being relatively average in terms of crop production. “I mean that literally, not figuratively. They’re filled with early greens like spinach and other cool-tolerant greens like lettuce and arugula, mesclun, collards, kale, and chard. But then there’s always some fun, unusual things like garlic scapes, a later springtime green.”

Other produce to look out for: asparagus, bok choy, ramps, and, as summer approaches, strawberries, the last of which O’Dwyer says are starting to bloom at Langwater Farm.

While Massachusetts exhibits a range of plant hardiness zones, which help farmers and growers determine which plants will thrive in a specific area, the following fruits, vegetables, and herbs are known to regularly flourish throughout the state in May and June. Keep an eye out for them the next time you stop at a roadside stand or place a farm order.

This guide will be updated seasonally. Check back in June for a guide to summer produce. 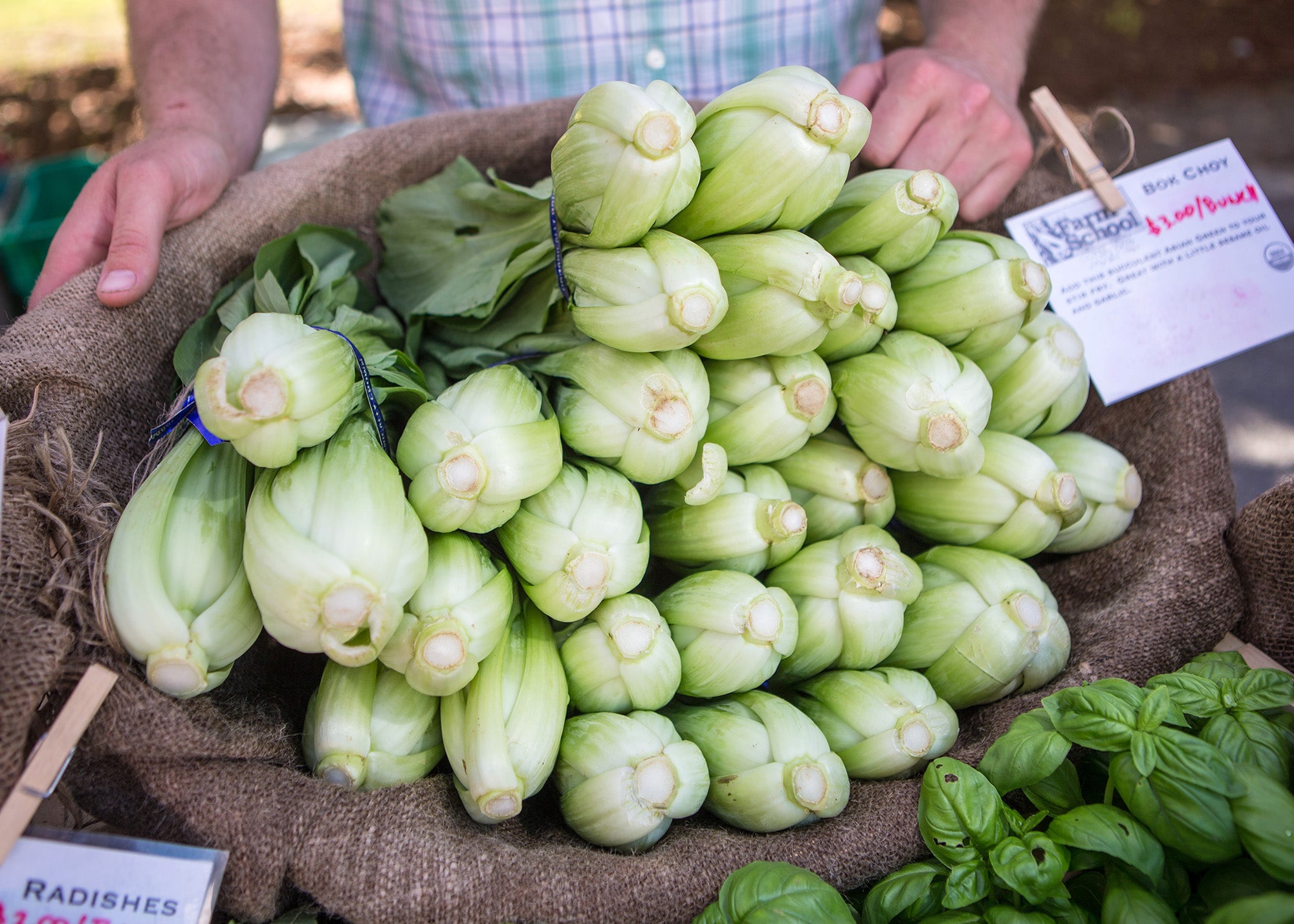 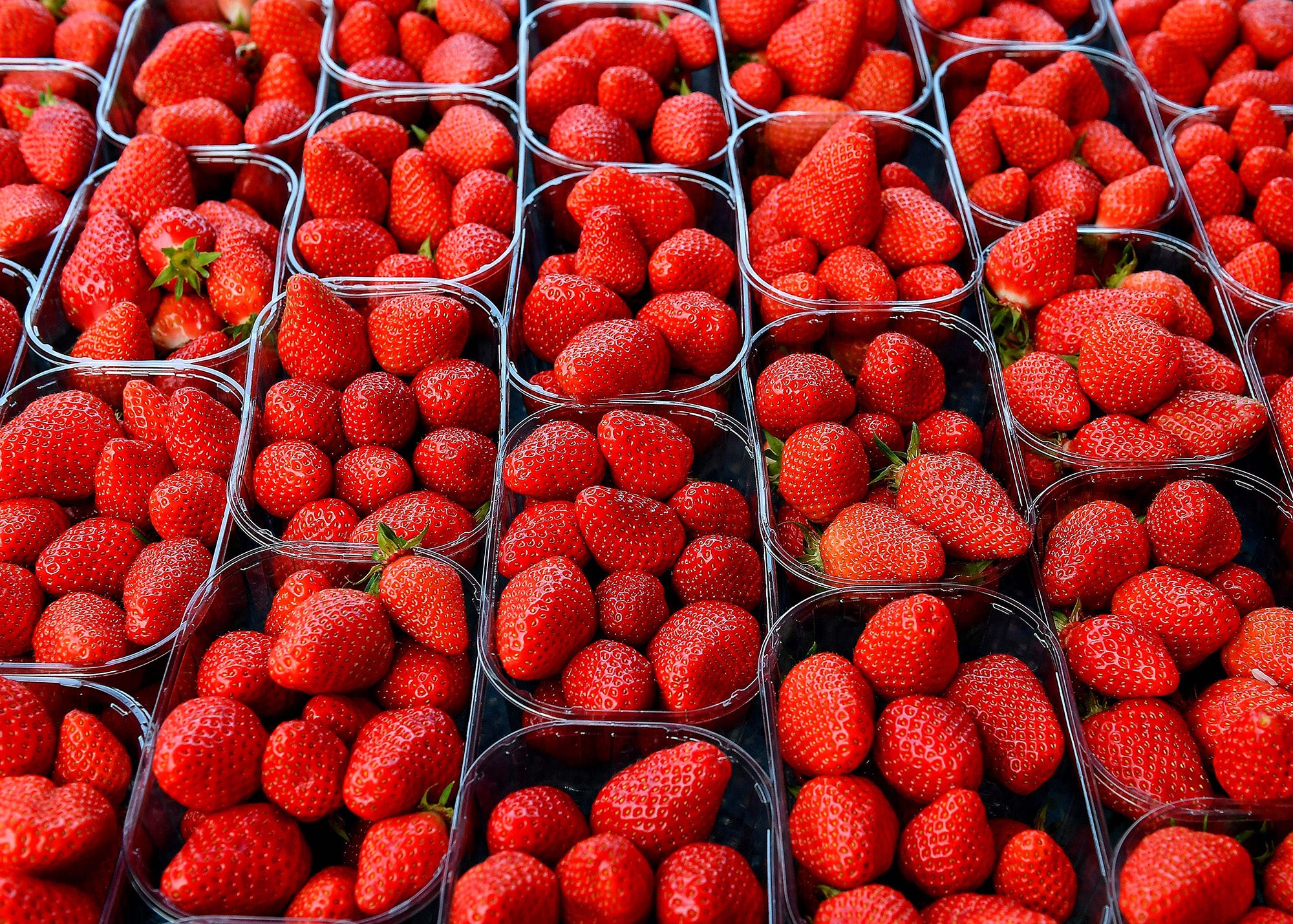 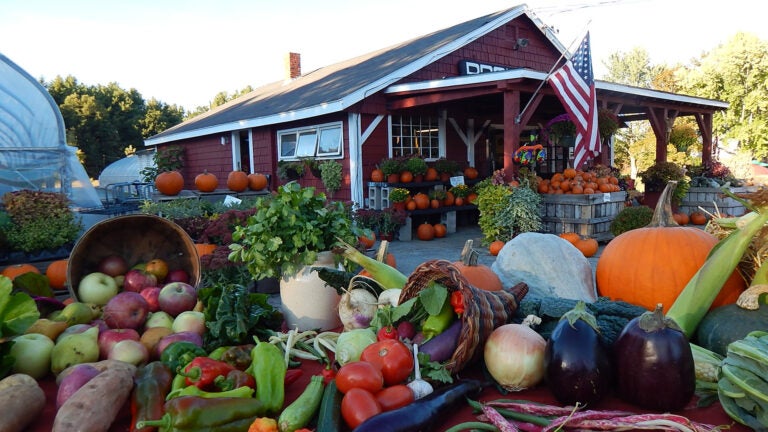 It’s a great time to support your local farm. Here’s how.