From transforming dining rooms into grocery stores and outdoor valets into pick-up points, restaurants have come up with innovative ways to stay in business during the coronavirus pandemic while the dine-in ban is in place. Last week, chef Jose Duarte put his own spin on things: a taco pop-up within his North End restaurant, Taranta.

Mexican Coke and a selection of Jarritos (Mexican soda) are also available, along with sides of white rice, black beans, and chili-dusted elote.

Duarte said the idea for La Reina was built out of necessity. Taranta, which is surrounded by a sea of other Italian restaurants offering takeout in the North End, simply hasn’t been drumming up enough business. With a liquor store located around the corner, the restaurant has struggled to sell beer and wine. Duarte said he considered turning the restaurant into a market, but that there was already a CVS nearby. Instead, he turned to his kitchen staff, who are mostly Salvadoran and Mexican.

“I haven’t really seen pupusas in the city; it’s something that’s not very expensive,” Duarte said. “We came up with basic tacos that were low cost — though interestingly enough, I ran into the [rising] cost of beef, which is pretty high. It was kind of a Band-Aid to keep us sane, to keep us active and doing something.”

La Reina, which is also the nickname of one of Duarte’s line cooks, is open every day from 4 to 8 p.m. It currently offers a takeout option — “We’re not offering delivery yet because it’s going to kill us,” Duarte said — with curbside pickup and contactless ordering. This week, the kitchen will be experimenting with some “funkier” menu options, like a mushroom truffle pupusa.

Still, Duarte doesn’t know if this move can help to stabilize Taranta, which opened on Hanover Street in 2000 and currently offers a limited menu for takeout and delivery. While Duarte received a Paycheck Protection Program (PPP) loan and has used part of it to pay for Taranta’s rent in May, he said he doesn’t know how he’ll be able to pay rent in June.

“I will have to sell 10,000 tacos in a month to pay for my rent,” he said. “If I don’t have a good agreement or conversation with my landlord, I’m going to have to close the restaurant because there’s no way a business right now will survive with the market conditions.”

In early March, Duarte opened Tambo 22, a Peruvian restaurant in Chelsea. Tambo 22 has been closed throughout the pandemic, but Duarte doesn’t have to contend with rent since he owns the building. He said he wants to reopen his new restaurant, but, like so many others in his industry, doesn’t know what the dining landscape will look like when he does.

“Will people come out? Will we have enough consumer confidence?” he said. “I’m like the rat trying to find the hole to escape. But we’re trying. “ 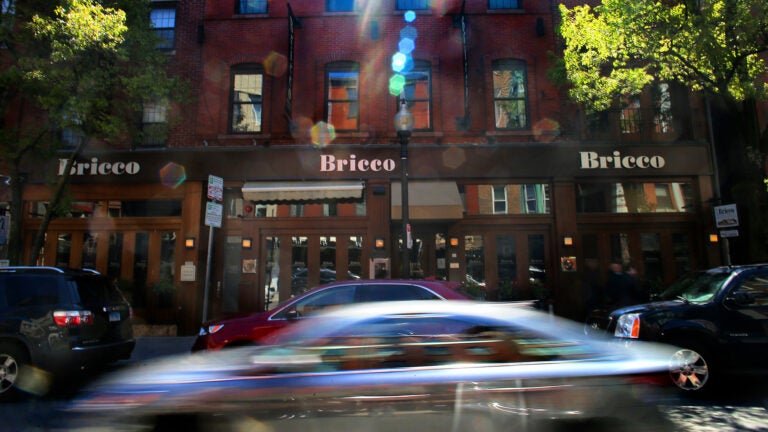 Restaurants will reopen in Phase 2 of Massachusetts’s reopening plan. Here’s what that means.