The parent company of Chuck E. Cheese declared bankruptcy on Thursday, citing store closures in response to stay-at-home orders during the pandemic as the driving factor.

CEC Entertainment, which also owns Peter Piper Pizza venues, said in a news release that it filed for Chapter 11 protection to achieve a “restructuring that supports its reopening and longer-term strategic plans.”

The company signaled no immediate plans to close any of its 612 Chuck E. Cheese locations – a rite of passage for childhood birthdays – or its 122 Peter Piper Pizza restaurants in four dozen states. CEC has reopened about half of its 555 company-operated venues since states began lifting coronavirus shutdown orders and said it will continue offering dine-in, delivery and carryout services and hosting birthday parties during specific hours, as well as reopen more locations.

The restaurant and entertainment industries have been hard-hit by the coronavirus shutdown. FoodFirst Global Restaurants, the parent of Brio Italian Mediterranean and Bravo Fresh Italian chains, filed for bankruptcy protection in April while the Le Pain Quotidien cafe chain followed suit in May, according to news reports. Some restaurants, including Chuck E. Cheese and Peter Piper Pizza, have moved to carryout and curbside pickup orders. But both chains’ reliance on interaction – by way of arcade games, ball pits and mechanical claws – made them particularly vulnerable in the age of social distancing.

CEC, based in Irving, Texas, filed for Chapter 11 protection in U.S. Bankruptcy Court for the Southern District of Texas. The company listed more than $1.7 billion in assets and nearly $2 billion in debt, as of March 29. A virtual hearing for the requested emergency relief is scheduled Friday, according to the filing.The filing comes a few weeks after CEC delivered $3 million in retention bonuses to its top executives, including $1.3 million for Chief Executive David McKillips. The president received $900,000, while the chief financial officer received $675,000, according to a June 5 filing with the U.S. Securities and Exchange Commission.

“The Chapter 11 process will allow us to strengthen our financial structure as we recover from what has undoubtedly been the most challenging event in our Company’s history and get back to the business of delivering memories, entertainment, and pizzas for another 40 years and beyond,” McKillips, who assumed the top job in January, said in the release. “I’m confident in the strength of our team and our world-class brands and look forward to more fully implementing our strategic plan as we put these financial challenges behind us.”

CEC said it will continue paying its 16,400 employees and honor guest gift cards during the reorganization, as well as uphold franchising and licensing agreements. Franchised locations of Chuck E Cheese and Peter Piper Pizza are not included in the filing, the release said.

Warner Corp. opened the first Chuck E. Cheese’s Pizza Time Theatre in San Jose, Calif., in 1977, and described it as a place “where a kid can be a kid.” The chain was sold to ShowBiz Pizza Place, and the company changed its name to CEC Entertainment in 1998. It went private when it was acquired by private equity firm Apollo Global Management in 2014. The company considered an initial public offering in 2017, but that effort fell through.

CEC Entertainment generated $912 million in revenue in fiscal 2019. The company will announce its first-quarter earnings for 2020 on Friday, which was delayed because of “noted challenges resulting from the novel coronavirus,” according to a company filing. 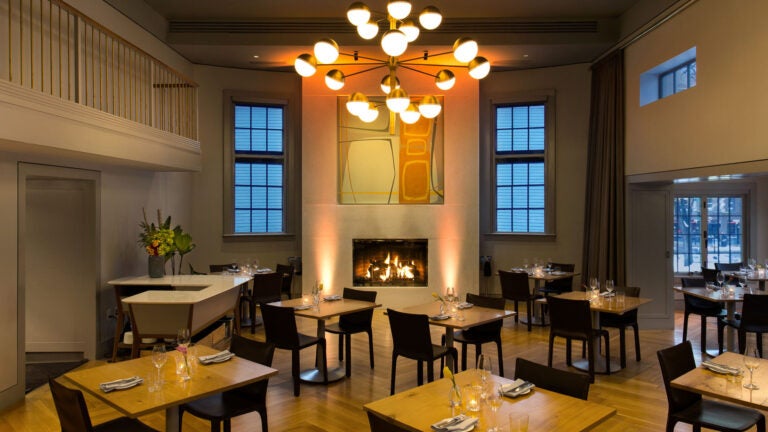 Parsnip, a New American restaurant in Harvard Square, has closed