As the hospitality industry begins its slow reentry into the world of indoor dining following a two-week period of outdoor dining, one group has been largely left behind: bars.

While bars that aren’t licensed to serve food can’t open until Phase 4, the majority of bars in Boston do serve food — just in tight, compact spaces that aren’t as conducive to indoor dining. To make up for the diminished seating capacity, bar owners like Josh Weinstein, who opened The Quiet Few in East Boston last year, are pushing for Massachusetts to join the more than 30 states who have granted restaurants and bars the ability to sell cocktails and/or bottled spirits to go.

Bill No. 4774 would do just that, allowing licensed bars and restaurants in Massachusetts to offer alcoholic mixed drinks on their takeaway menu, as long as they are served in sealed containers and sold with the purchase of food. But after passing the House unanimously on June 3, the bill has sat with the Senate Ways and Means Committee, while shelves of liquor around the city gather dust. A spokesperson for the Senate Ways and Means Committee Chair Michael J. Rodrigues told Dig Boston, “the Committee is diligently reviewing the bill and talking to stakeholders about the effects of the legislation.” 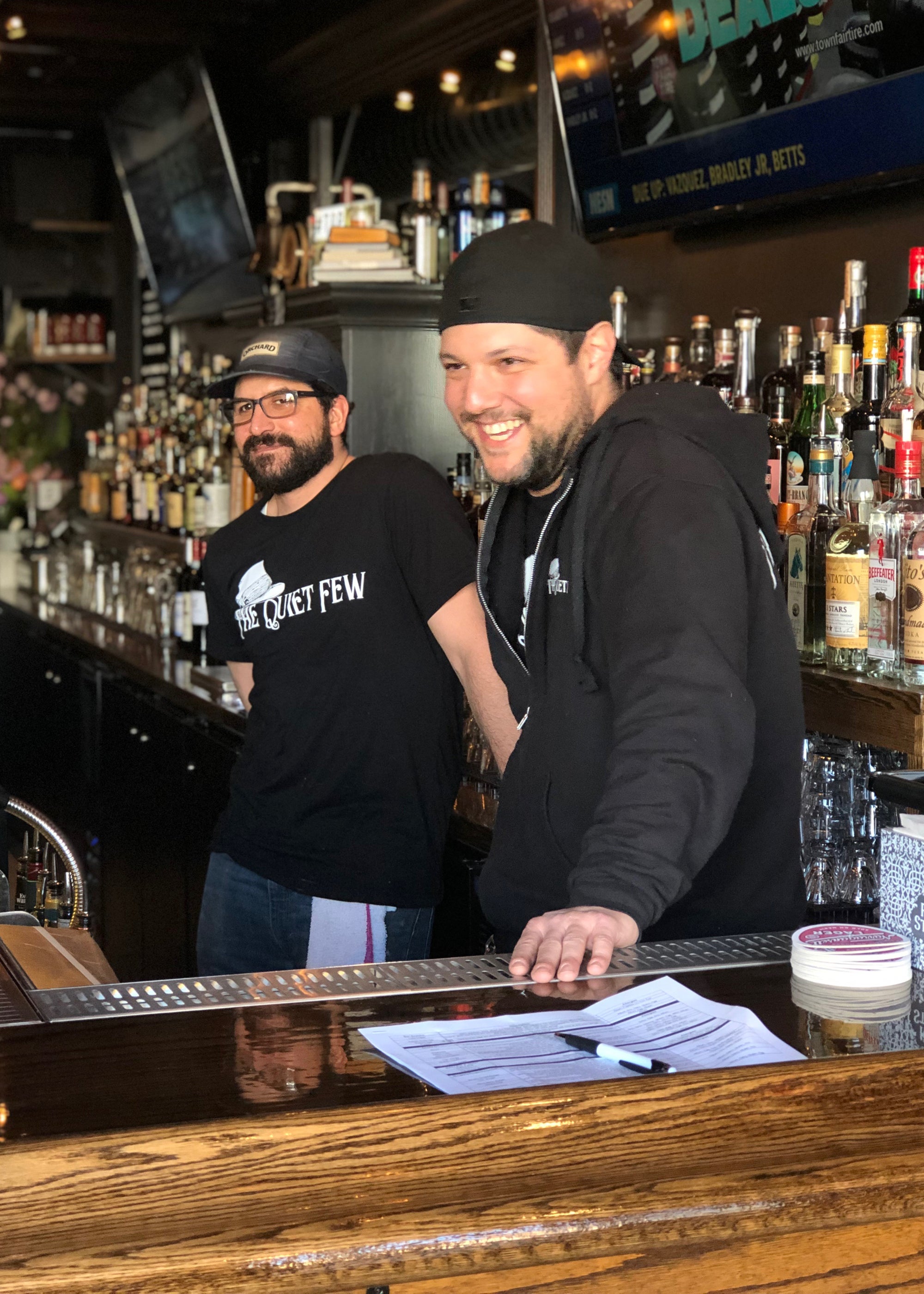 “I would hope that people who have a love for their neighborhood bar or restaurant will email their senators, call their senators, and help push this bill through,” said Weinstein, who described the bill as the only way businesses like his could survive.

We spoke with The Quiet Few owner to hear more about how this particular bill could save his Eastie establishment, and why packies are no substitute for a neighborhood watering hole.

This interview has been lightly edited for clarity or grammar.

How has The Quiet Few handled reopening so far?

We’ve really been taking this whole thing seriously. It’s scary to everybody, so we’ve been taking our time with it. We closed March 13 and didn’t reopen for takeout until mid-May. We don’t have much space — we have enough room for four seats outside, so we started testing the waters with that last weekend, just offering potato chips, picklebacks, and jello shots so we could see how it works. This weekend, we’re going to start opening up for actual seating outdoors. It’s going to be at least another two weeks before we consider indoors.

Like most bars, the majority of The Quiet Few’s revenue comes from alcohol sales. Can you give me a sense of why this bill would help your bar and others in Boston?

We generated about 75 percent of our revenue from beer, wine, and alcohol while we were at full capacity. Now, with just [food] takeout and the ability to offer takeout of beer and wine, we’re generating 20 percent, at the most, from beer and wine — and most of that is wine. The ability to offer a four pack of beer, when there is a store across the street where you can get a 24 pack of beer, doesn’t do much for us. And because our price points work differently than a package store, we’ve had to come down on our prices so much that it’s making us even less money. Meanwhile, our alcohol is still good, it doesn’t go bad. It’s just sitting on our back bar. So the passing of this bill would mean that we can essentially act as bartenders and a bar, and get back to doing what we do. We’re not a to-go spot. We’re not a takeout restaurant. We’re a bar. We provide a service and an experience. One thing that the liquor store across the street can’t do is make you a boulevardier or a frozen margarita. We have all those ingredients, we have all those tools, and we have crafty bartenders who can help generate revenue.

Why is this bill still necessary when both indoor and outdoor dining are allowed?

We have a very small space, and while [COVID-19] numbers have declined in Massachusetts as of late, we don’t know that they will continue to decline with all these openings. So, first and foremost, I personally don’t think it’s safe. We could put up barriers and start selling cocktails, but at the same time put our staff and our community at risk. Because if this thing doesn’t work — like it’s not working in some states with indoor dining — then we have to tear it all down and start all over again, and that comes at a cost to us. Hopefully I’m proven wrong, and in two or three weeks, if numbers still decline, we can look at each other and say, OK, let’s give this a go. But right now, as somebody who tries to be involved in the community and wants to look out for the community, and who is personally a type 1 diabetic and has a four-month-old at home, I don’t want to put anyone at risk, especially  when some of that revenue can be achieved in a much safer way.

Indoor dining is great for large spaces. Outdoor dining is great for places that have parking or places that already have outdoor seating or space outside. But right now, our bar is storage for takeout food. Because our kitchen is so small, our shuffleboard table acts as a line so we can put all the ketchup and mustard and sides and cutlery and everything with each order into a bag. And all of those containers that food goes into, and the packets of ketchup, mustard, mayonnaise and sugar, and bags and cups are now stored on our tables where people used to be. So if we were to open up, very limitedly because of how the bar is structured, we would lose the ability to do any takeout. We don’t have space to do both.

Have you thought about how to-go cocktails might be implemented at The Quiet Few?

We’ve thought a little bit about that. It’s summer time, and we’ve got a frozen drink machine. Last year when we were open, we had a frozen negroni and a frozen rosé, and both sold really well. If we could do something like that — honestly, if we could just offer that, it would be such a help, revenue wise, to get some more cash in our pockets. I have a dear friend who owns a bar in Brooklyn, and he’s going to get through this because of frozen margaritas.