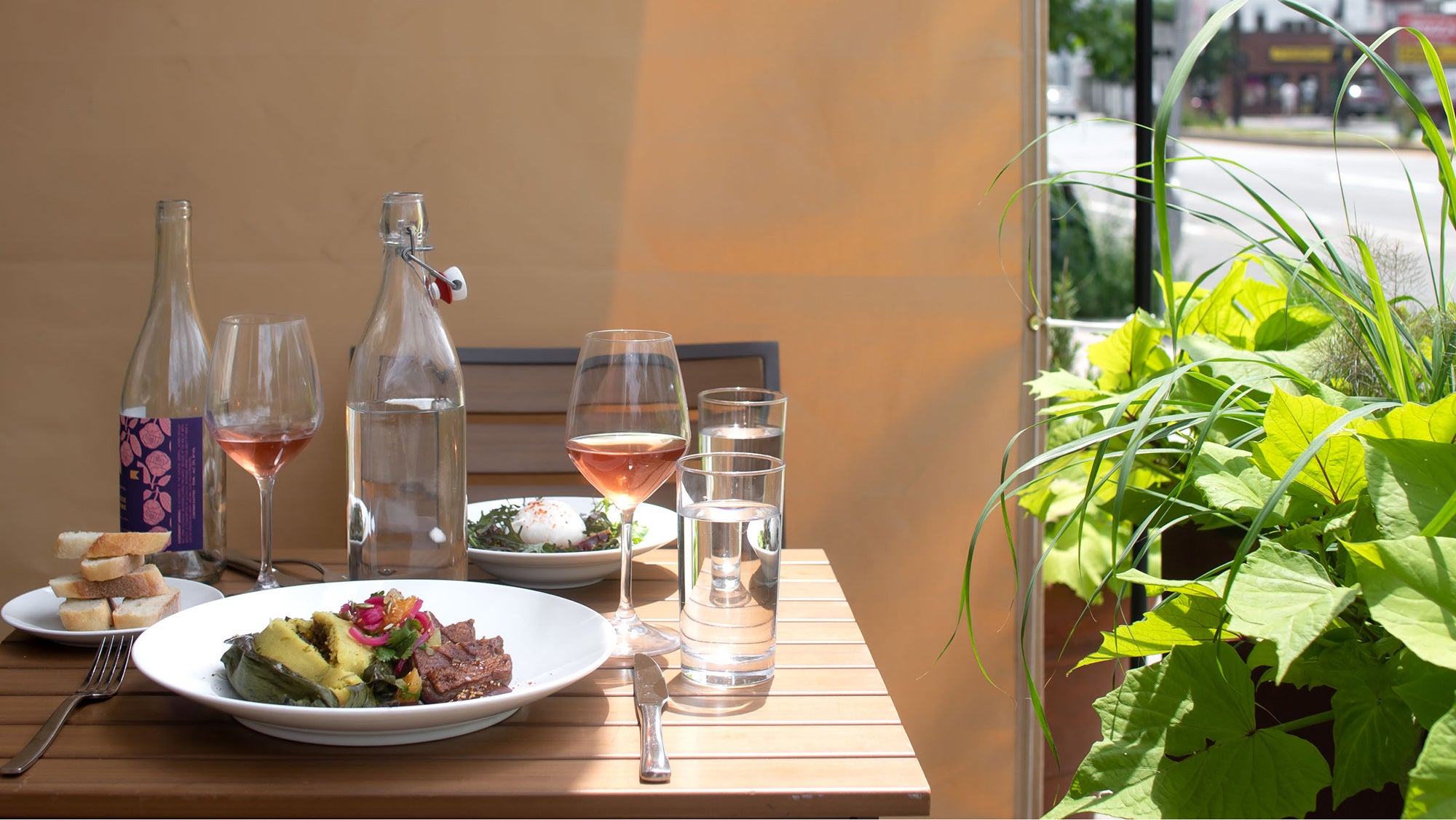 You may recognize the name: Season to Taste, which opened on Friday, landed in the former The Table at Season to Taste spot (it’s run by the same owner, Robert Harris). Stop by the Cambridge newcomer for burgers, house-made pasta, and a glass of wine on its sunny patio.

15 Mass. breweries are participating in the global Black is Beautiful beer initiative this summer — learn more about the brewer that started it all, plus when each brewery is releasing its own version.

While most of the city’s seasonal beer gardens have yet to open this summer, one outdoor garden is back: City Winery on the Greenway, which returned this week with a few changes.

The closures continued: Flat Top Johnny’s in Kendall Square announced that August 14 would be its last day, The Field Pub ended its 25-year run in Central Square, Whiskey’s closed up shop, and Canadian tea company DavidsTea revealed that it was closing all of its U.S. locations — including a handful in the Boston area.

As Phase 3 chugs along and indoor dining resumes at some restaurants, patios are continuing to pop up across the city. This week is no different — here are five recently-opened outdoor dining spaces to lounge on this weekend.

Bow Market: It’s back, friends! The Somerville courtyard has reopened, with first come, first serve tables available for breakfast and lunch and reservations required in the evening. Order food and drink from anywhere in the market, then settle into a table under twinkling patio lights.

Haley House: After a brief hiatus, Roxbury’s Haley House has returned with a breezy patio where you can post up for a coffee, flatbread wraps, and sweet plantains. Don’t worry about clouds rolling in — the patio is outfitted with plenty of umbrellas.

Tavern of Tales: The Mission Hill board game cafe launched its new patio recently, with 30 seats and an expanded food and drink menu that features brand new cocktails like The Songbird, made with peach vodka, cucumber liqueur, lemon juice, and club soda. While private game rooms are closed at the moment, guests can play a few rounds of cornhole and tabletop games (hello, Jenga).

The Emory: The Beacon Hill bôite reopened on Thursday with a 30-seat patio and a new menu — though you’ll still be able to find some favorites, like The Emory burger. Make a reservation — not required, but encouraged — to secure an outdoor spot, then order one of five summery spritzes to kick off your evening.

It’s going to be a scorcher this weekend, and while I’ll be heading up to Gloucester for a quick day trip, a South Shore visit might also be necessary. Here’s why: The revamped Paragon Boardwalk on Nantasket Beach debuted on Thursday, with a food and drink lineup that screams summer. Grab a few tacos from the upcoming restaurant Pearl & Lime (helmed by the team behind The Townshend), hit up Joseph’s Pizza for a slice, then wash it all down with beer from some South Shore favorites like Barrel House Z, Vitamin Sea and Widowmaker. And for dessert? New Zealand-style ice cream at the newly-opened Far Out Ice Cream.

Listen to this: I’ve been in search of a new food podcast, so when I heard that Elle Simone was launching The Walk-In, I bookmarked it immediately. The chef and America’s Test Kitchen all-star drops the first episode on August 5, but her Season 1 trailer is already live. In it, she introduces the show: A deep dive into what “making it” really means in the culinary industry, with guests who will share how they got from Point A to Point B — and all the ups and down in between.