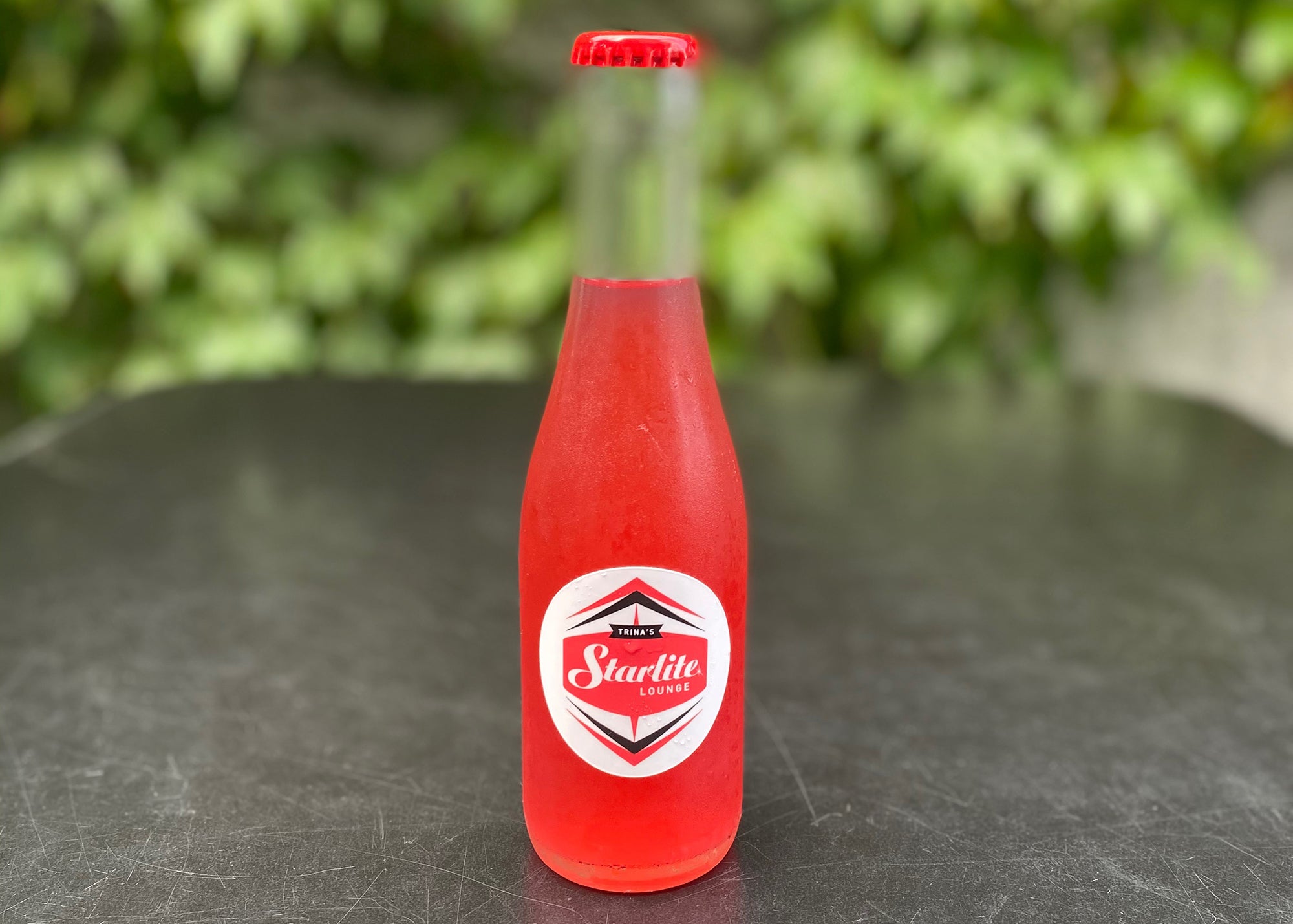 Cheers, Massachusetts! The big news this week is that Mass. restaurants and bars are now allowed to sell to-go cocktails, with a limit of two drinks per person sold alongside a mandatory food purchase. Find a few recommendations on where to pick up a drink this weekend below.

The coronavirus health crisis has undoubtedly changed the way we eat and drink. Could some of it be for the better? Here are 5 things we hope stick around in restaurants after the pandemic.

Yikes: The lead attorney in the class-action lawsuit against Whole Foods over the grocery store’s decision to discipline employees who wore Black Lives Matter face masks ripped the company for “falsely attacking” one of the plaintiffs in the case.

A couple of closings were announced earlier this week, including Regina Pizzeria in Allston and Adventure Pub in East Arlington. Over in Cambridge, a collective gasp went out as the legendary Cantab Lounge revealed that it was up for sale. Any takers?

As Phase 3 chugs along and indoor dining resumes at some restaurants, patios are continuing to pop up across the city. This week is no different — here are five recently-opened outdoor dining spaces to lounge on this weekend. 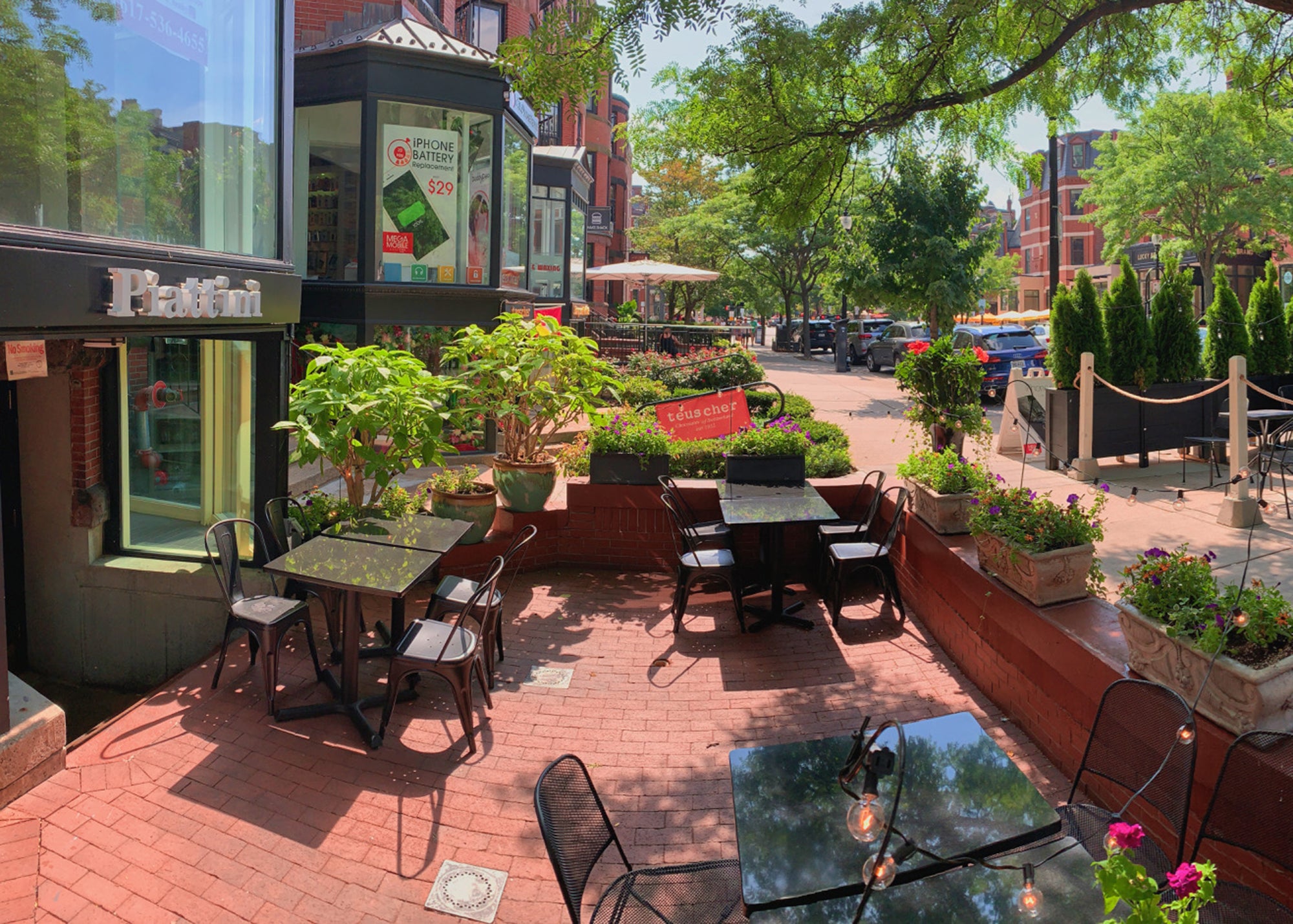 Piattini launched its patio this week.

50Kitchen: Chef Anthony Caldwell’s Dorchester destination is now offering patio seating, with reservations available online. So what’ll you be having once you score a spot? I recommend the chicken satay, brisket sliders, quinoa bowls, and kimchi and collard greens — a perfect medley of Caldwell’s Asian-Southern fusion cooking.

Krasi: The Back Bay newcomer swung its doors open on Thursday, welcoming diners back inside and onto its 16-seat outdoor patio. Here you’ll find a Greek wine program that’s one of the largest in the country (more than 180 bottles!), and a new summer menu featuring crab salad, Greek fried bread, and sea bass crudo. Message Krasi through its website for same-day seating.

Mahaniyom: This small but mighty Thai restaurant and cocktail bar in Brookline opened just weeks before the pandemic hit and was finally able to debut a patio this week. Raised platforms hold sets of tables and chairs both in front and around the corner from Mahaniyom, where you can post up with a bowl of salt and pepper pork cheek, batter-fried soft shell crab, chicken ka-praw, and a Malai daiquiri.

Piattini: For your next Newbury Street stroll, consider stopping off at Piattini, which opened its patio on Tuesday. The Italian restaurant’s garden patio offers a sizable 80 seats, along with a menu that features paninis, lobster-filled ravioli, grilled lamb rack, and plenty of wine.

Now that Massachusetts has allowed us to tack on a cocktail with our food order, where are we all picking up drinks this weekend? Here are five cocktails that I have my eyes on:

The Nu Do Society was supposed to open in the old River Gods space sometime this spring, but the pandemic had other plans. In June, the noodle centric concept started working out of a temporary kitchen as they launched delivery. The catch? They only deliver on Sundays. With a menu that changes every week, guests are asked to place an order anytime from Tuesday to Friday at noon, which will then be delivered on Sunday between 12:30 p.m. and 2:15 p.m. This week, the concept is bringing back its coveted satay bánh mì, along with gai pad king and yum samunprai — a Thai-style ceviche.

Read this: Not that I need another cookbook right now (my bookshelf is already sagging), but Eventide‘s recently-released cookbook, “Eventide: Recipes for Clambakes, Oysters, Lobster Rolls, and More from a Modern Maine Seafood Shack,” is worth adding to the collection. Within its pages are 120 recipes for the seafood enthusiast, including the brown butter lobster roll on a bao bun, its own riff on clam chowder, and a step-by-step guide on perfecting a family-style Maine clambake. Who’s up for a clambake?