Last week, Dunkin’ declared it was ready for fall with the introduction of its new fall menu, a pumpkin-infused lineup that includes pumpkin spice lattes and maple sugar-seasoned Snackin’ Bacon.

Next up: a new collaboration with Harpoon Brewery featuring three new beers — and yes, doughnuts were involved in the brewing process.

Brewed with real pumpkin, pumpkin pie spices, and coffee, Pumpkin caters to die-hard pumpkin fans, though a hint of espresso roast has also made its way into the spiced latte ale. At 5.2 percent ABV, the beer will be available on draft at Harpoon Brewery and in bottled six packs, as well as in the new Harpoon Dunkin’ Dozen mix pack, which includes three cans of each seasonal beer.

Harpoon Dunkin’ Coffee Porter will also return for the season, incorporating Dunkin’ Original Blend coffee for a 6 percent ABV porter that results in notes of chocolate, caramel, and toffee.

“After more than two years and three seasons of collaborating with the Dunkin’ team, our fans have come to expect a delicious fall beer from us, but we wanted to give them something extra special this year,” Dan Kenary, Harpoon CEO and co-founder, said in a press release. “Our brewers have always been master innovators, but brewing beer made with real donuts was a first even for them. It’s hard to pick a favorite of the four recipes — just like it’s hard to pick a favorite donut from Dunkin’ — but we hope both our and Dunkin’s fans have a blast trying.”

These limited release beers will be available everywhere Harpoon is sold at the beginning of September. To find the Harpoon Dunkin’ Pumpkin, Jelly Donut IPA, Boston Kreme Stout, and Coffee Porter, use the Harpoon beer finder here. 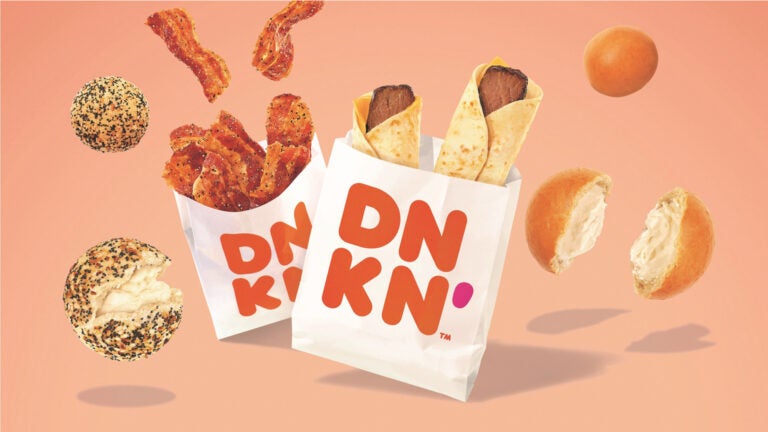