Despite reports that Foxborough’s historic Lafayette House will be demolished, the restaurant and pub’s owner has no plans to close.

Owner Ron Young disputed a September 2 story by The Sun Chronicle, which stated that “one of Foxboro’s oldest and most familiar Colonial-era landmarks may be slated for the wrecking ball.” The Sun Chronicle’s report was picked up by The Associated Press and published by numerous outlets, including Boston.com, under the headline “Restaurant built in 1784, casualty of pandemic, to be razed.”

But Young told Boston.com on Tuesday that while he applied for and received the permit, it is a precautionary measure. He said the coronavirus pandemic, his wife’s bout with cancer, and his own health issues propelled him to prepare for a worst-case scenario.

“I said to my wife, ‘we have to clean the slate off,'” Young said, sharing that he wants to make sure she has little paperwork to deal with in case something happens to him.

The permit was granted, but Young said that “just because you have a demo permit doesn’t require you to act on it.”

“I actually have the demolition permit… [It’s] a precaution,” Young said. “[Lafayette House is] not for sale. I have reservations every day this week.”

Mark Ferencik, chairman of the Foxborough Historical Commission, confirmed that Young applied for the permit on July 22. The commission gets involved with a demolition request when the building in question is more than 75 years old, and has the opportunity to impose a demolition delay if it sees fit. A delay was not imposed on the Lafayette House.

“There’s no hard and fast rule in the town on how long a demo permit is good for,” Ferencik said. “I’ve talked to the building commissioner about this before — what he normally does is apply the same logic that he would to a permit for a new building. So if you want to build a new building, you take a permit out, and you have two years to actually start that building. If you don’t, you would have to apply for a new one. So they tend to apply the same logic to a demo, but it’s not written in stone or a bylaw or anything else.”

When asked why he thought previous reports indicated that the building might be demolished, Ferencik laughed.

“Well, I mean the bottom line is that the guy [applied for] a demolition permit,” he said. “Generally, that is to demolish a building. We can’t force them to do it. When you take out a demolition permit, you have to assume that that was the reason you did it.”

In the meantime, Lafayette House will remain a Route 1 destination, a storied structure that once counted Benjamin Franklin, George Washington, and Marquis de Lafayette as guests. Though it briefly closed at the beginning of the pandemic, the restaurant is now open Tuesdays through Sundays starting at 4 p.m., with a menu that features barbecue babyback ribs, fried calamari, fish and chips, and a selection of family-style meals. Takeout is also available. 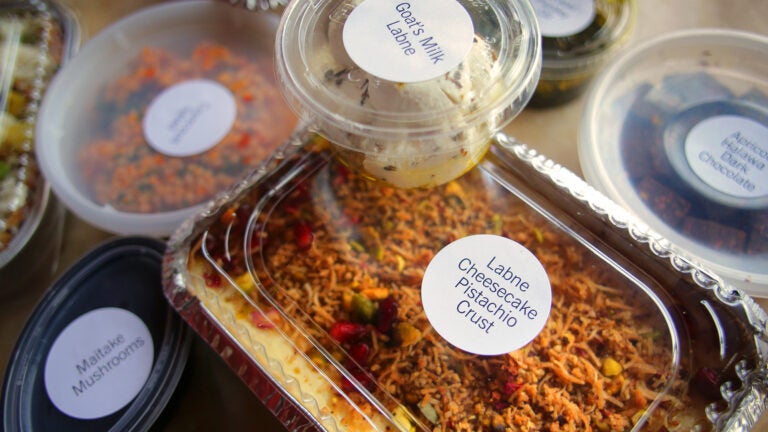