From a tricycle to a brick and mortar, Third Cliff Bakery has come a long way.

Since 2015, Rosie the Trike has been a welcome fixture at the Egleston Farmers’ Market, serving as a roving vehicle for owner and baker Meg Crowley’s Third Cliff Bakery. Over the years, the neighborhood has come to love the kimchi cheddar croissants, brown butter Rice Krispies treats, and focaccia that Crowley developed while using CommonWealth Kitchen‘s incubator space.

Now, Third Cliff has a new home — and it’s definitely not on wheels.

After holding a soft opening over the weekend, the bakery’s first brick-and-mortar space will make its debut on Wednesday at 3531 Washington St. in Jamaica Plain. Its opening has taken a little longer than expected. Crowley started talking with the developers of the space in 2018, launched a Mainvest fundraising campaign in early 2019, and began building out the bakery in December 2019, but in March the pandemic brought its progress to a sudden halt. In August, Crowley told Boston.com that, while she was thankful she didn’t have to close shortly after reopening, the waiting game was rough. 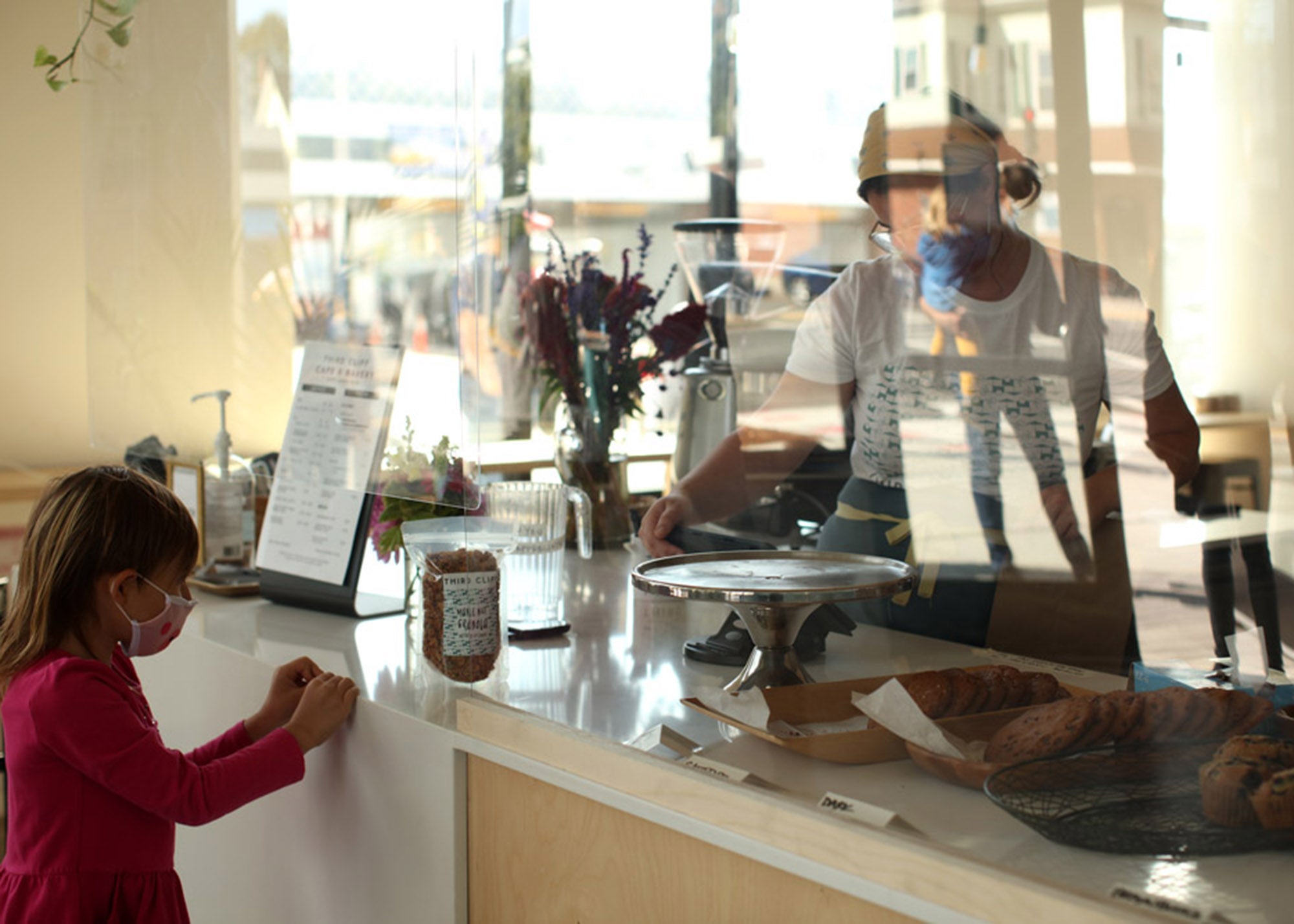 “We were pretty close to the end when we had to stop,” she said. “I was able to basically have a holding pattern because I was sitting on the last chunk of my build out and my pre-opening budget. I was able to stretch it really far, but every single day was like this mix of fear and powerlessness that made it a strange head space.”

Thankfully, the waiting is over. When Third Cliff opens, Rosie the Trike regulars will be able to find Crowley’s imaginative croissants — her kimchi cheddar iteration is on the menu, along with buttermilk and guava/cream cheese croissants — muffins, dark chocolate chip cookies, salted peanut butter cookies, and a few bread selections: anadama, Japanese milk bread, and focaccia. Crowley worked with No. 6 Depot, MEM Tea, and Boston Chai Party to design a drink menu that includes drip coffee, coconut iced coffee, iced honey-mint green tea, and chai lattes. Once the bakery gets going, Crowley said she plans to expand the drink offerings.

“We’re going to have an espresso program and a drip coffee program, starting out pretty conservatively, and then depending on what people are looking for, we can go wild,” she said. “We can get some really cool, single origin, naturally processed, funky coffee and respond to what people want in the area.”

Named after a beach in Scituate that Crowley used to frequent growing up, Third Cliff features a giant wave mural on one wall, high ceilings, and, once it implements indoor dining, seats for 20 to 25 people. Eventually, Crowley hopes to offer baking classes, art shows, and other community events at the bakery.