Like so many others in the restaurant industry, Troquet on South, a French restaurant in the heart of Boston’s Leather District, has pivoted a number of times during the coronavirus pandemic. It launched delivery. It resurrected Speed’s Hot Dogs, an iteration of Speed’s Famous Hot Dogs founded by Ezra “Speed” Anderson in 1975. 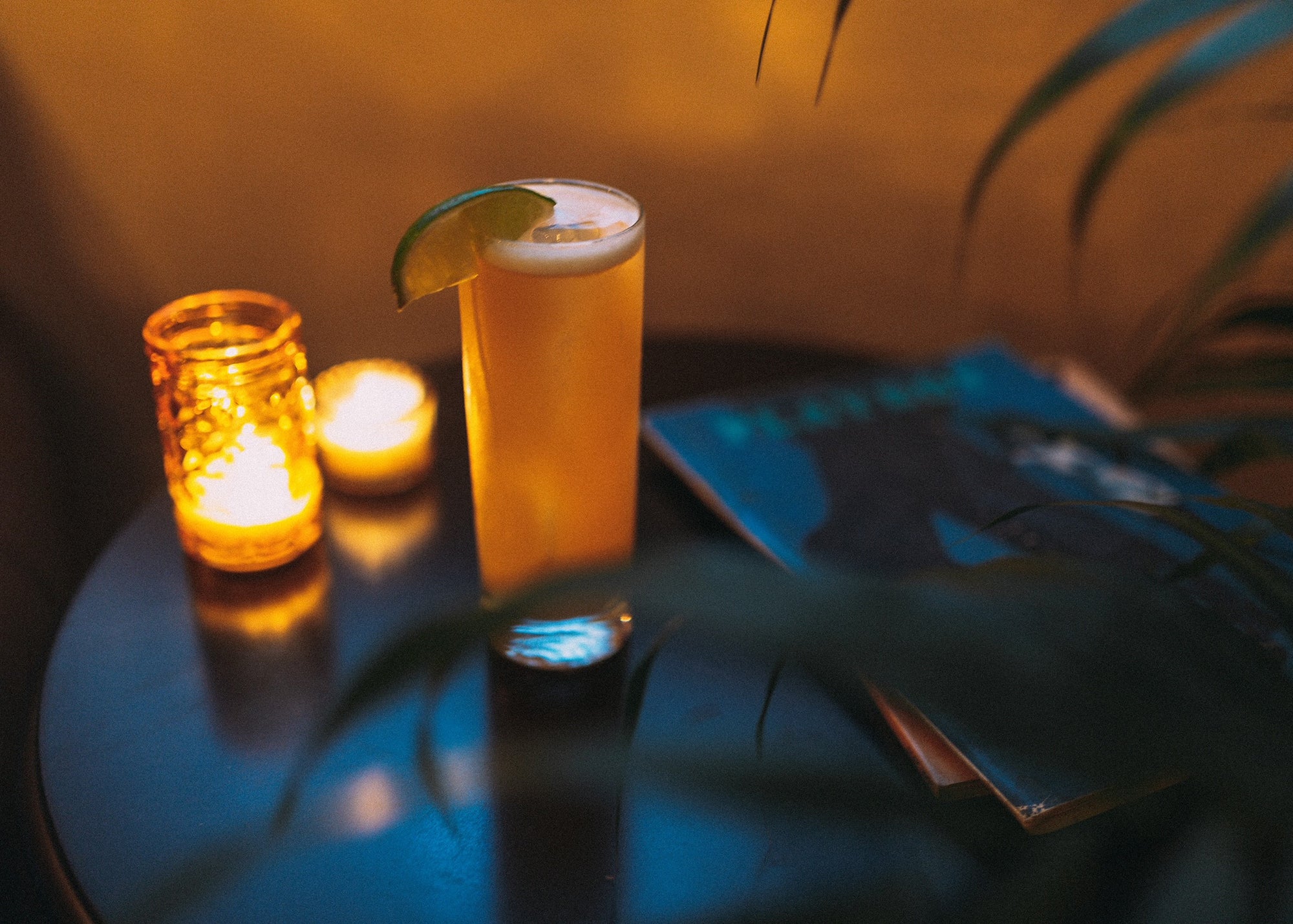 A cocktail at Offsuit.

“Initially, when Troquet had moved locations almost four years ago, I just thought this room was a bartender’s dream,” said beverage director Matt Marini, citing the private dining space’s speakeasy-esque backdoor entrance. “We did need the space for private dining at the time. But in COVID-19 times, who knows when private dining and corporate functions or presentations are going to come back. So I approached [Troquet owner] Chris Campbell, and he was for it.”

Guests can find Offsuit down an alley at 5 Utica St. Located behind a black door, the intimate, 20-seat cocktail bar offers seats on a first-come, first-served basis (parties max out at four people). While there will be a selection of fare from chef Tyler Stout — things like yakitori, a Chicago-style pork chop sandwich, charcuterie and cheese, crispy pig ears, a double burger, and more — the real focus is the cocktail menu. 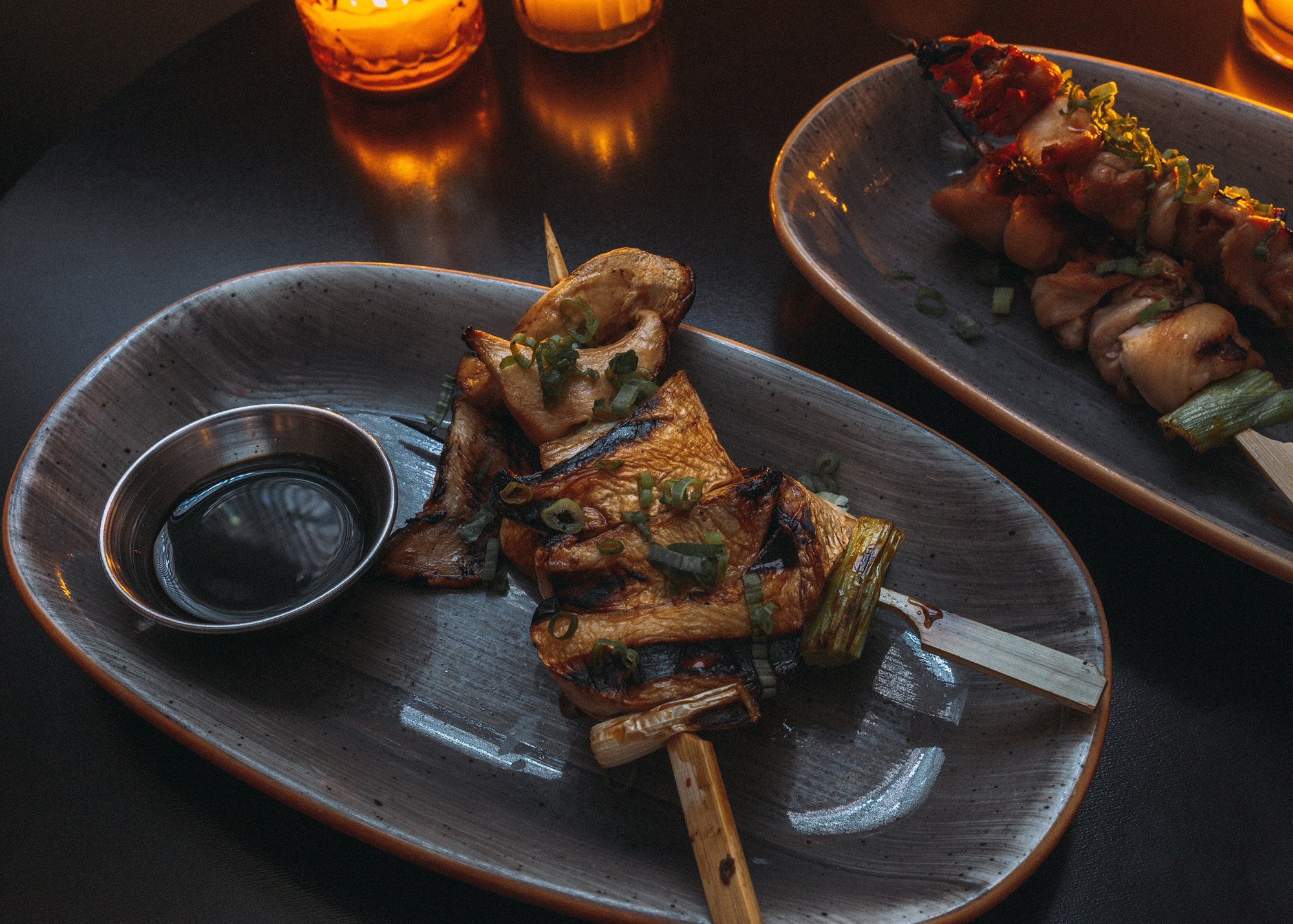 “We want to do a pretty straightforward approach,” Marini told Boston.com. “We’ll be doing our own ice program, breaking down blocks. We’ll be offering timeless classics but also refined originals. Not a lot of gimmicks or frills, just very straightforward, delicious drinks using great spirits and fresh ingredients.”

One of those drinks includes the Lounge Act, which uses chamomile-infused apple brandy, a little dry curaçao to impart orange notes, and falernum, which is a popular ingredient in tiki drinks. Served on a big rock of ice, Marini called it a take on an old fashioned. Opening Ceremony is a Rittenhouse rye cocktail served with fresh ginger juice, lime, and Aperol. “The ginger juice gives it a nice frothiness on the top of the cocktail,” Marini said.

The drink menu will also include PBR and five or six wines by-the-glass, though Troquet has upwards of 10,000 bottles of wine in its cellar, which guests can tap into if they’re looking for something else. 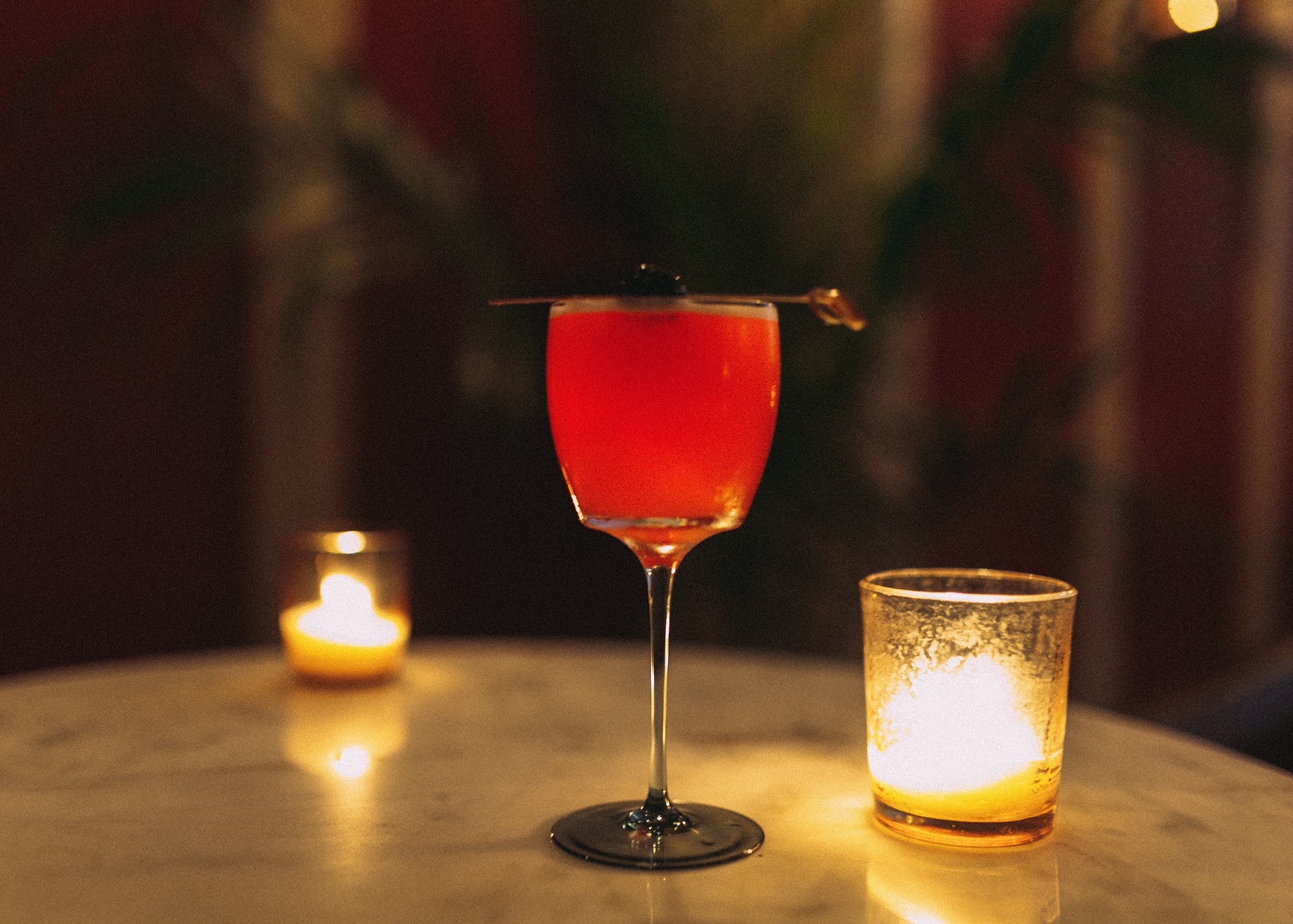 While the bar will eventually seat 20, Marini said the opening capacity starts at 15, with plans to expand when COVID-19 regulations loosen.

In the meantime, the bar plans to spin exclusively vinyl, with some nights pulling both music and wine from the same year.

“1994, for instance, we could do Nas’s ‘Illmatic,’ we could do Green Day’s ‘Dookie,’ we could do Nirvana’s ‘Unplugged,’ he said, noting that Offsuit would align its wine list for the night with that particular year. “It’s pretty cool.”

Offsuit opens at 4 p.m. on Nov. 11. Phone numbers will be taken at the door for contact tracing.