Daniel Roughan is about to open his first restaurant.

After 20 years in the hospitality business, nine of which were spent as the Varano Group’s director of operations, Roughan is going at it alone with Source, a farm-to-table pizzeria due to open to the public Saturday in Harvard Square.

“It’s an entirely different space now,” Roughan said. “The Cambridge, 1. space was very minimalist. It had dark cherry wood paneling throughout. It was very dark. My concept is more alive and fresh.”

Roughan’s contractor stripped the walls down to the original 1800s red brick, which will remain a feature.

“We added new windows that will open and bring the outside into the room,” Roughan said. “My favorite feature is the open kitchen and the wood-fired pizza oven. This is where the show will be. People will have a great view of it from almost anywhere they’re sitting.”

Another feature is a mural at the back of the dining room created from antique tile Roughan found while “rummaging around some shops in New Hampshire.”

“It has this feeling of nostalgia, like some beautiful fresco you might find buried in some old wall in Italy or Spain,” he said. 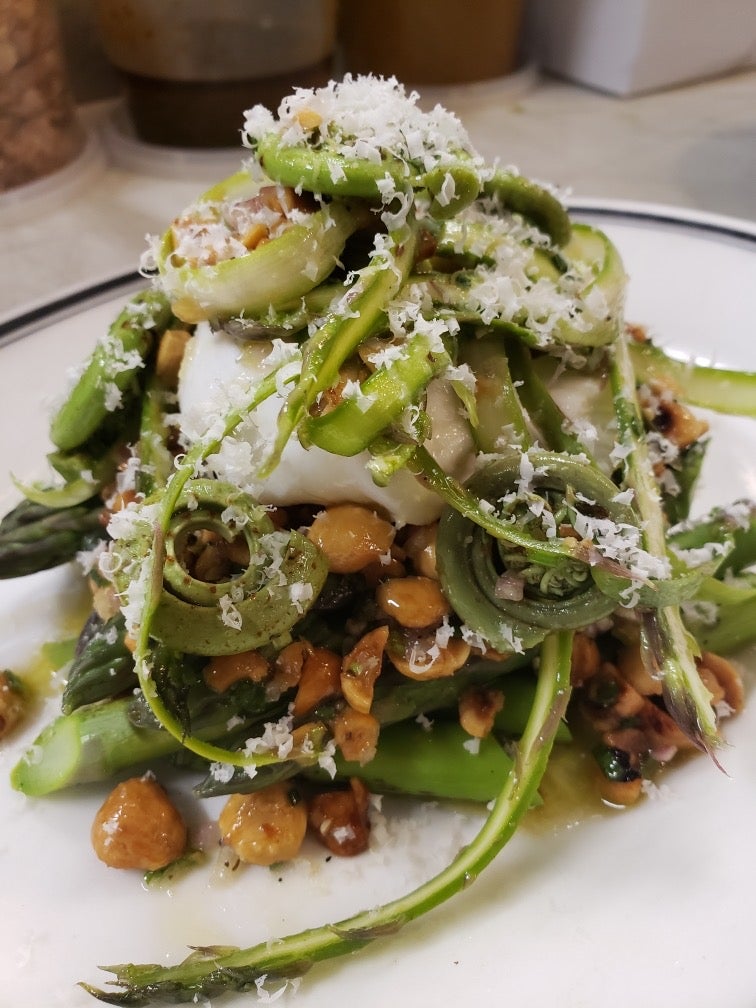 The asparagus salad at Source.

Source’s seasonal, farm-to-table menu of pizzas, pastas, small plates, entrees, and house-made desserts will be primarily created from ingredients sourced within 100 miles of the restaurant.

“It’s about quality in the ingredients. I want people to take that first bite and be transported,” Roughan said.

The kitchen is overseen by executive chef Brian Kevorkian, a western Massachusetts native with an impressive resume that includes Blantyre, a Relais et Chateaux hotel in Lenox, The Little Nell in Aspen, Colo., the two Michelin star-awarded SHO in New York, and Back Bay’s Grill 23.

“The fall menu will go up shortly, but even that will change from week to week, or day to day,” Roughan said. “Because we’re hyper-seasonal, we will use what we’re given from our grower community.”

Most of the wines on the restaurant’s list are organic, biodynamic, and sustainably grown. Local breweries such as Nightshift, Aeronaut, and Idle Hands will provide beers. Area distilleries like Bully Boy, Crooked Oak, and Short Path will fuel the cocktail menu, which will also offer large batch drinks, The Vessels, for sharing.

Sustainability is especially important because Roughan wants to make a difference, not just on the plate but also to the planet. His long-term plan is to expand throughout the country with restaurants each sourcing from within 100 miles of their location.

“It’s something I want to commit to and make a real difference with our Source footprint,” Roughan said.