The Massachusetts Commission Against Discrimination (MCAD) affirmed a ruling on Nov. 13 that it made in the 2014 case of a sexual harassment claim against upscale Italian restaurant Strega Waterfront, now Strega Italiano Seaport.

In 2014, then 25-year-old Luvina Hernandez filed a complaint with the MCAD against Strega Waterfront, which was then owned by restaurateur Nick Varano’s The Varano Group and is now part of PPX Hospitality Brands. Hernandez began working on the dessert line at Strega in 2013.

The complaint alleged that Hernandez’s supervisor, Salvatore Firicano, made repeated inappropriate comments about her body and sex life, in addition to asking for massages from Hernandez. According to documents, Firicano denied these allegations and stated that “he rarely spoke directly” to Hernandez because of a language barrier.

In 2017, the MCAD found Strega, The Varano Group, and Firicano liable for sexual harassment; awarded Hernandez $20,000 in damages; and ordered Strega to implement sexual harassment training. Strega appealed the MCAD’s decision, but last week lost its appeal as the MCAD affirmed its original ruling in favor of Hernandez.

“I hope this victory will inspire other women who have been victimized,” Hernandez said in a press release. “I want them to know that they have rights.”

The MCAD’s most recent decision ordered the restaurant:

“The Varano Group is disappointed with the decision of the commission and is currently considering its options for further review,” Eric R. LeBlanc, attorney for The Varano Group, shared in a statement to Boston.com on Thursday. “That said, it is important to note that in response to the original hearing officer’s decision and out of an abundance of caution, The Varano Group hired an outside expert to train all of its managers and supervisors with respect to appropriate workplace contact and to draft and implement new sexual harassment policies and procedures in accord with Massachusetts law.”

This particular outpost of Strega changed hands earlier this year. In January, Smith & Wollensky parent group, Danu Partners, purchased three Strega restaurants from The Varano Group, including Strega Waterfront. Danu then created a new holding company, PPX Hospitality Brands, to oversee its expansion in the U.S., including Strega and Smith & Wollensky. Since then, Strega locations in the Seaport, Back Bay, and Woburn have been rebranded as Strega Italiano. The Varano Group still owns Strega North End, Nico, and Rina’s. 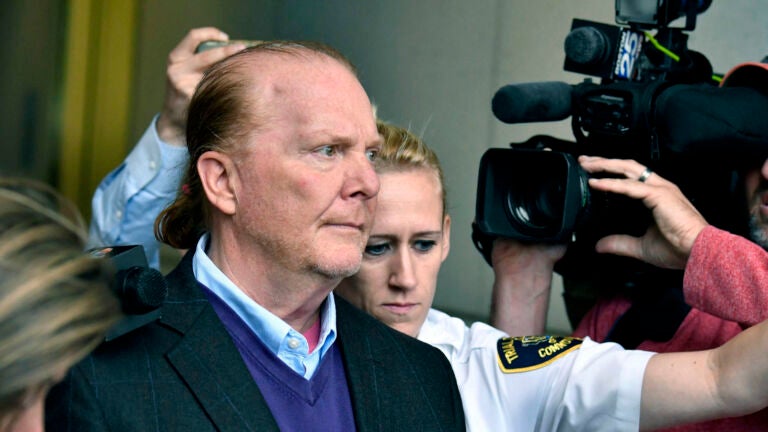