The Back Bay may already be swimming with seafood options, but in July, the neighborhood will gain a newcomer with the addition of Grand Banks Fish House, opening at 406 Stuart St.

Behind the project is Chris Himmel, owner of Bistro du Midi, Grill 23 & Bar, and Harvest, and Robert Sisca, chef at Bistro du Midi. The address of Grand Banks might seem familiar: It’s taking over Himmel’s old restaurant, Post 390, which announced its closure in September after more than a decade in business.

Grand Banks is decidedly focused on seafood. Sisca, an avid fisherman, has partnered with local seafood purveyors, including Snappy Lobster, Wulf’s Fish, and Island Creek Oysters, to curate his menu. The opening dinner lineup features both live and seared scallops, baked and stuffed lobster, crispy fish tacos, fish and chips, and a fried fisherman’s platter. At the raw bar, caviar options are accompanied by crème fraîche, blini, and hash browns, while diners can choose from an assortment of oysters and seafood platters.

And for the seafood averse? There are soups, salads, flatbreads, a short rib burger, and filet mignon.

The restaurant’s two floors will provide diners with plenty of seating options. On the first floor, guests can post up at the 26-seat bar, high-top tables, or a 12-seat raw bar. The second floor, centered around a horseshoe-shaped bar, will feature a dining room with an open kitchen, private dining spaces, and two fireplaces.

Here’s a first look at the opening dinner menu and raw bar menu at Grand Banks Fish House. Stay tuned for operating hours when the restaurant debuts in July. 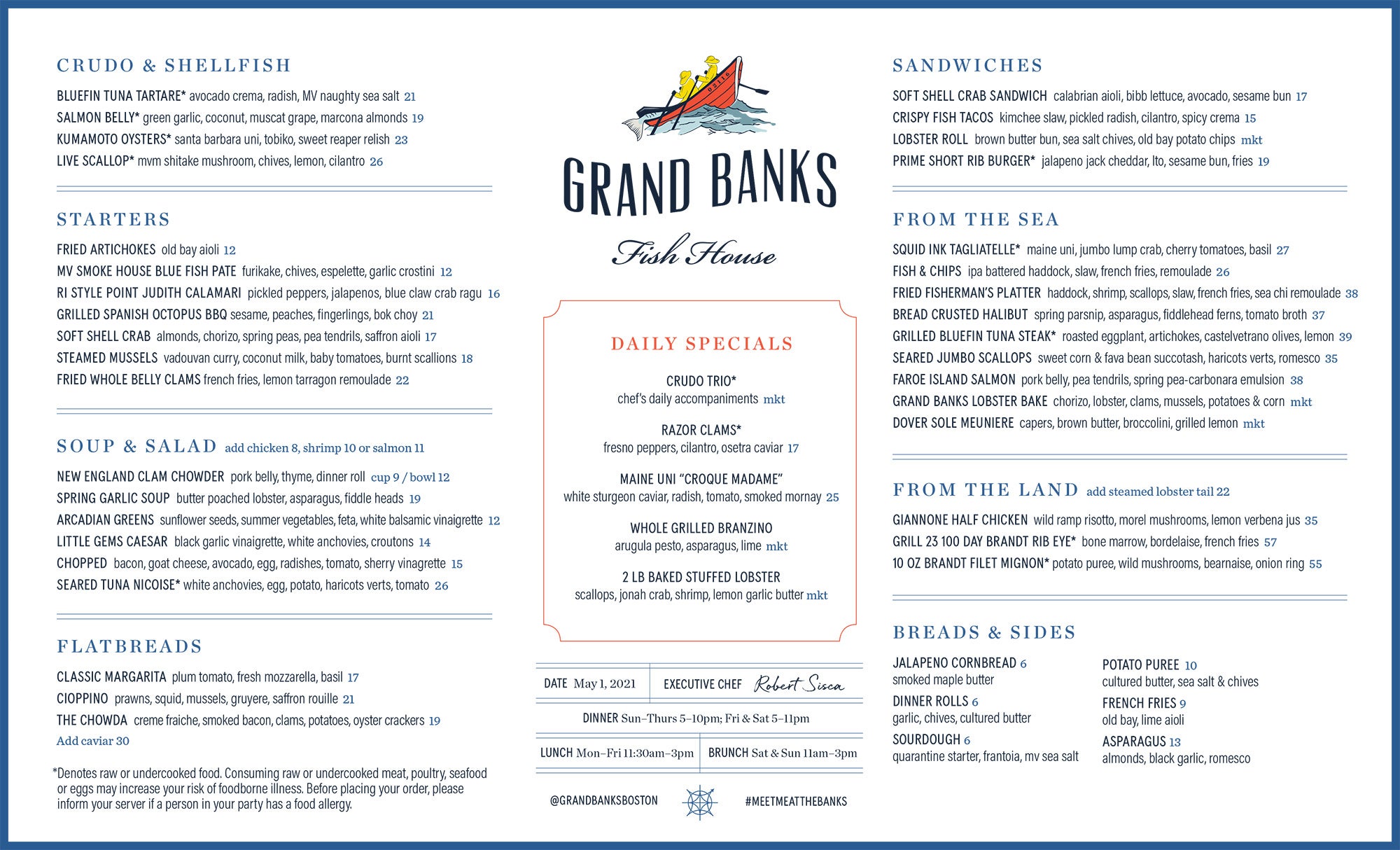 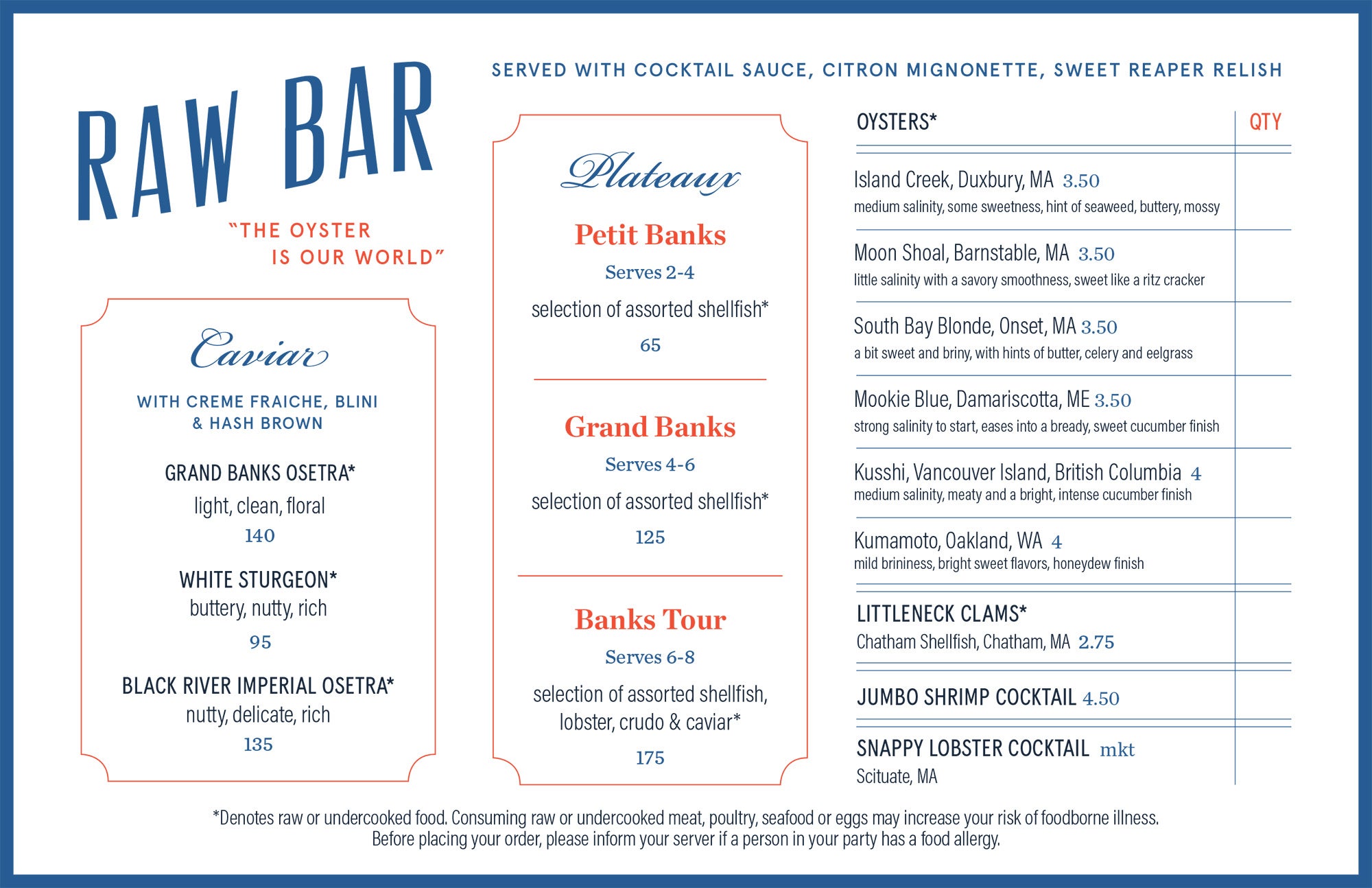