After a two-year renovation, The Newbury Boston made its Back Bay debut in mid-May, transforming the former Taj Boston into a sleek, modern hotel. On Tuesday, Contessa, the hotel’s highly anticipated rooftop restaurant and bar, opened to the public for dinner and drinks, with breakfast, brunch, and lunch service coming in the near future.

Helmed by Major Food Group — the New York-based restaurant group behind award-winning stalwarts like Carbone and Santina — Contessa is a 4,000-square-foot tribute to Italian cuisine and Old World Europe.

“When we discussed what we were going to do here with our partners, we had kind of landed that we wanted to do an Italian restaurant here,” Mario Carbone, co-founder of Major Food Group, told Boston.com. “I started to work backwards and tell this story of the Contessa. This [hotel] was the first Ritz-Carlton in America, so I started to think of this Italian aristocrat that may have come over as the first of her generation… Invariably, she would have come from the north — that’s where aristocracy was at the time — so then that starts to lead into the food, and you start to build the blocks of the story.”

“We’ve never served pizza,” Carbone said. “So to serve pizza for the first time is a big endeavor. We spent a lot of time doing [research and development] on it, and it’s coming out great. Although it may look like Neapolitan, the dough is much crisper than a Neapolitan.”

For antipasti, guests can dive into plates of beef carpaccio and octopus agrodolce, while heartier plates include dry-aged Florentine steak and prawns with oven-baked beans. Gelato; cakes of pistachio, amaretti, and chocolate; and Boston cream pie bomboloni all make for a sweet end to the meal.

Designed by Ken Fulk, Contessa is reminiscent of northern Italian estates and old European resorts, and dotted with Art Deco and mid-century modern decor. Velvet seats and banquettes look out onto Newbury Street and the Boston Common, while retractable panels transform the space into an open-air restaurant. At the wooden bar, styled after a Riva speedboat, guests can order drinks that Carbone said are intended to mimic Milanese drinking culture, with plenty of spritzes, negronis, and martinis.

“The 4 p.m. to 6 p.m. drinking hours of Milan are taken very seriously, and I would love to take it seriously here, too,” Carbone said. “It’s awesome. It’s like, eat your body weight in olives and have four negronis and pass out at 3 p.m.”

Major Food Group has also taken over the food and drink program for the entire hotel, including The Street Bar, which focuses more on classic cocktails, as well as banquets and room service.

Newbury Street has seen a wave of change during the pandemic, with numerous businesses closing and others starting to open as the economy begins to recover. Carbone said he acknowledges the weight of opening Contessa at the neighborhood’s most storied address.

“I understand and recognize the importance of this building and this property to this area,” he said. “[Opening at] 1 Newbury Street on the corner of the park with all of the heritage that is here is not lost on me. So I think this being the hub of energy and enthusiasm is hugely important to this neighborhood. … I think if [the hotel is] bustling again and people are excited about it, I think it’s just good for business and the community as a whole. I hope we pack this place.”

Contessa is currently open for dinner and bar service daily from 5 p.m. to 10 p.m. Keep an eye out for breakfast (croissants, Panettone French toast, frittatas, and more) coming soon, along with brunch and lunch. 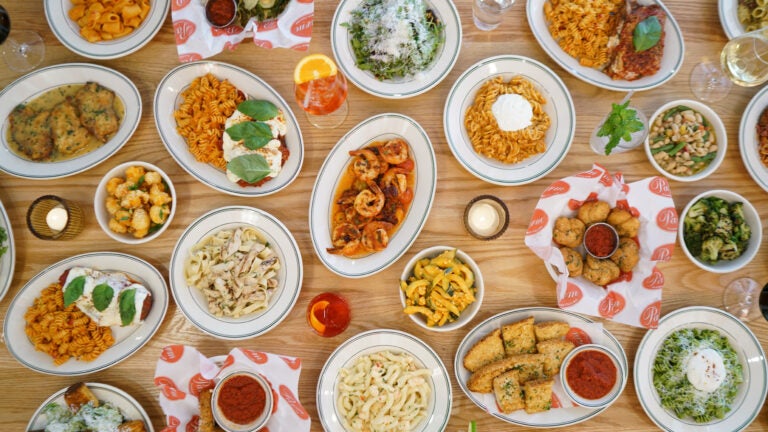