When Anaïs Koula De Lambert opens Café Sauvage in the Back Bay next month, she wants to give diners a taste of Paris, her hometown.

Anaïs and her husband, Antoine Lambert, moved to Boston from France five years ago. Antoine, who co-owns Café Sauvage, cut his teeth at a handful of French restaurants around the city, including Frenchie, Colette, and Petit Robert Bistro, while Anaïs worked as a digital marketing manager.

“We decided to combine our expertise to [open] our own spot,” Anaïs said. “We really wanted a place that looked like us — we are French but also have this African heritage in Paris.”

To that end, Café Sauvage will focus on French food with influences from Morocco, Vietnam, Italy, Tunisia, and elsewhere. Think grilled chicken with African spices. Though Anaïs said she wants to keep details about the menu quiet for now, she confirmed that those seeking traditional French fare won’t be disappointed — the restaurant will also offer baguette sandwiches, steak frites, and pastries. Kendall DaCosta, who was previously the executive chef at Bastille Kitchen, is the cafe’s head chef.

“We want our guests to understand that there is more to Parisian food than just escargot, but they can also find some standards and basics of the French cuisine,” Anaïs shared. “It’ll just be reimagined.”

Café Sauvage will offer breakfast, lunch, and dinner, along with mocktails, coffee, juice, and tea. Ownership is still working on getting a liquor license, and the plan is to introduce cocktails in the near future.

The space is designed by STA Design, whose work includes other Back Bay restaurants like Krasi and Grand Tour. Construction is underway, but Anaïs said it will look like a French bistro — “obviously it will be stylish.” Seating will be available for 38 guests inside, while an outdoor patio is still being considered.

Anaïs said she hopes Café Sauvage will showcase another side of France that people aren’t used to seeing, including more diversity.

“We want people to feel welcome,” she said. “It’s like inviting people to our home. So we want them to have an amazing experience for sure.”

Café Sauvage is set to open sometime in September at 25 Massachusetts Ave. Keep an eye on the cafe’s Instagram for opening details. 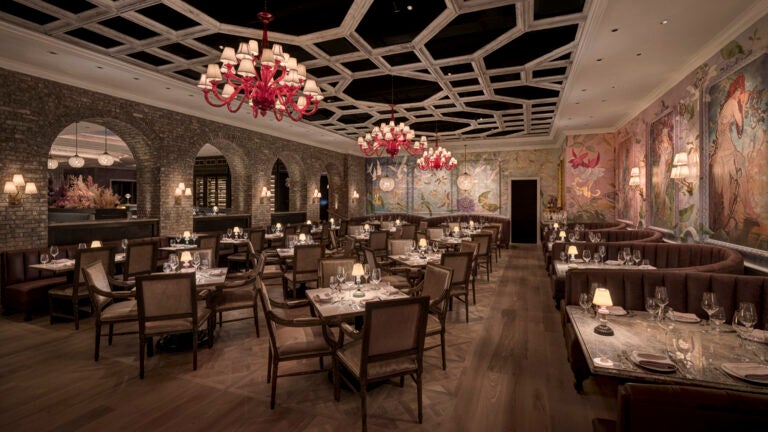 A whimsical new restaurant just opened in the Seaport